From a show that points the finger at social media’s role in political misunderstanding, to a Tracey Emin installation taking over St Pancras Station – here are the best exhibitions and art events for April 2018.

Tracey Emin: Terrace Wires “I want my time with you” at St Pancras International 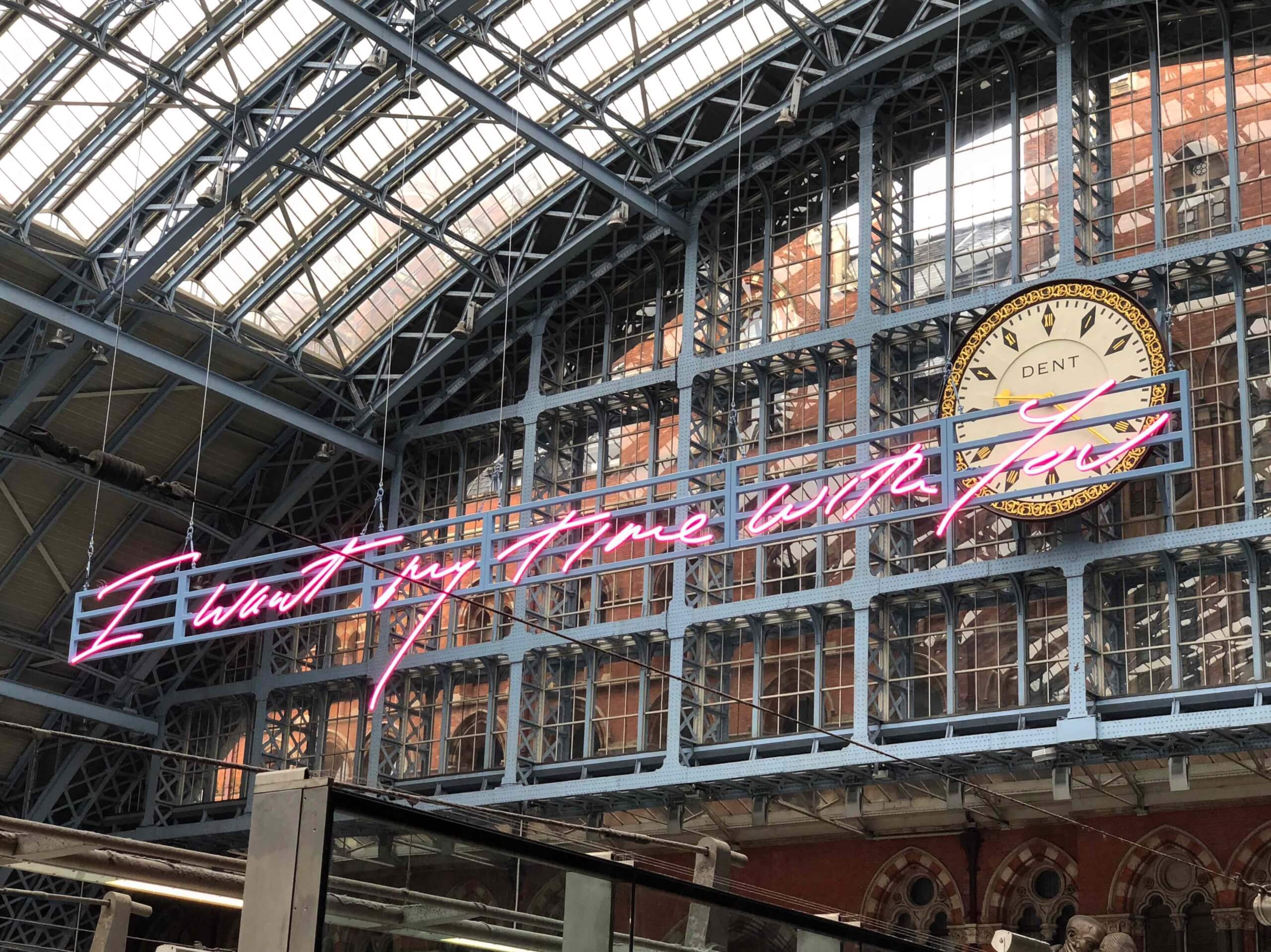 The Lowdown: Tracey Emin is the latest artist to take on the Terrace Wires installation brief, following in the footsteps of fellow royal academicians Cornelia Parker, Conrad Shawcross, and Ron Arad. Emin’s evocative work consists of the words “I want my time with you” rendered in a pink LED version of her distinct handwriting. The piece is suspended from the ceiling with wires and when viewed from a distance lines up perfectly with the station’s famous Dent clock. The two rather charmingly reinforce each other with their symbolism and references to the value and passing of time.

Emin has claimed several meanings to the piece, though principally it’s about love. The artist describes the often cited lover’s cliché of being met by someone at a station, someone who wants their time with her. Aside from romance though, it’s also about Brexit. Emin states that the words are a subliminal message letting travellers arriving from the continent know she wants her time with them. And, of course, with Europe. Some of the major art critics have condemned her for bringing what they consider a punitive, shallow message to what should be a neutral public stage. But good art should provoke not pacify, and there’s already plenty of inoffensive (and awful) statuary in St Pancras. Whatever her critics might say, Emin insists that when the platform is swathed in pink light at night time, people will smile because it will make them feel good. On that we’re sold.

Hope to Nope: Graphics and Politics 2008-18 at the Design Museum 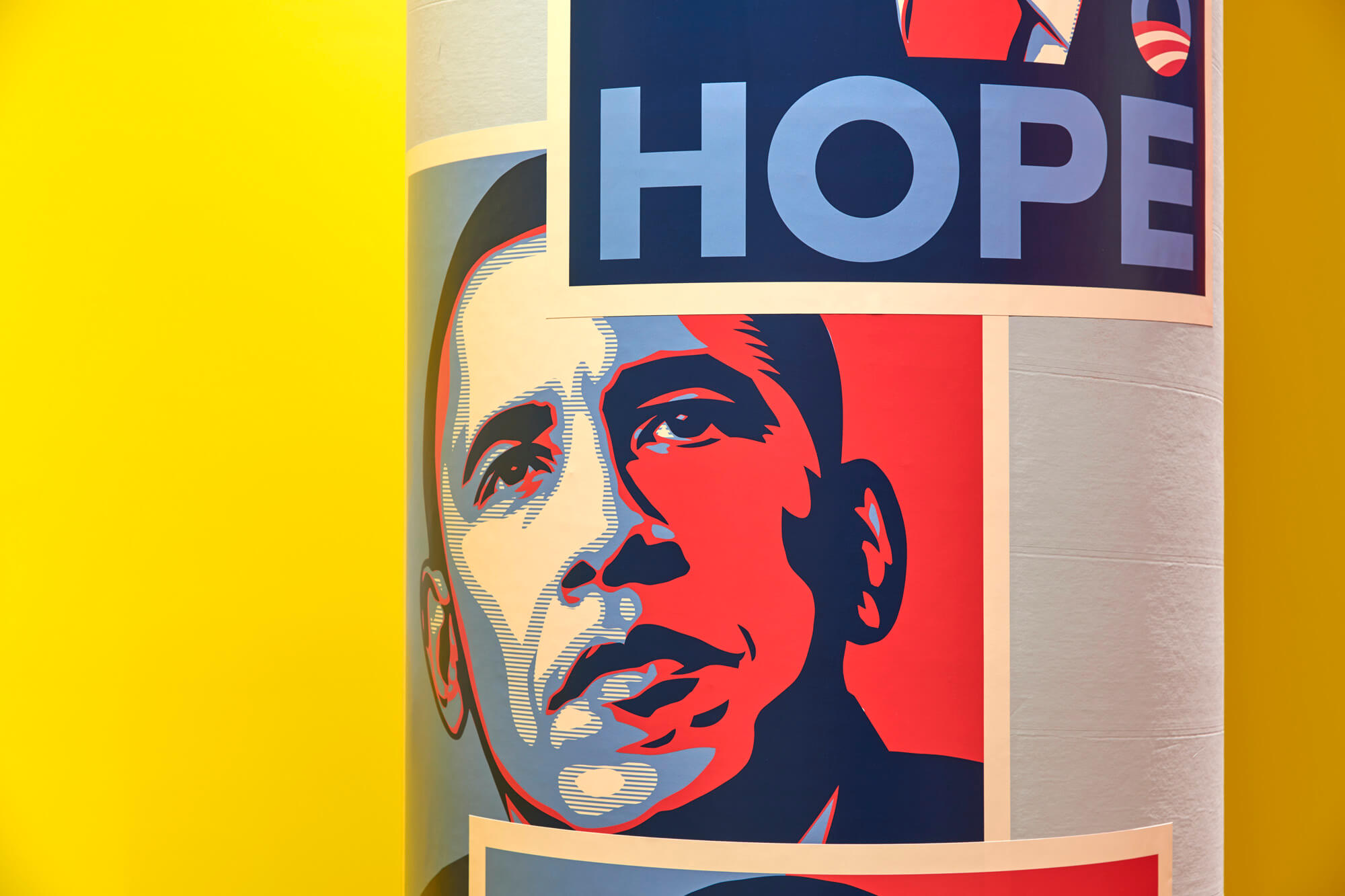 The Lowdown: This is the most topical exhibition in London right now, probably the world. Hope to Nope takes a look at how differently the populace has interacted with politics since 2008. Think how much the world has changed since then: smart phones, social media, the rise of online journalism, and politics as celebrity. Through the medium of graphic design, this show explores everything from the global financial crash and the Arab Spring, through to ISIS, Brexit, and Trump. Prepare to be slapped in the face with some home truths on how you consume media. 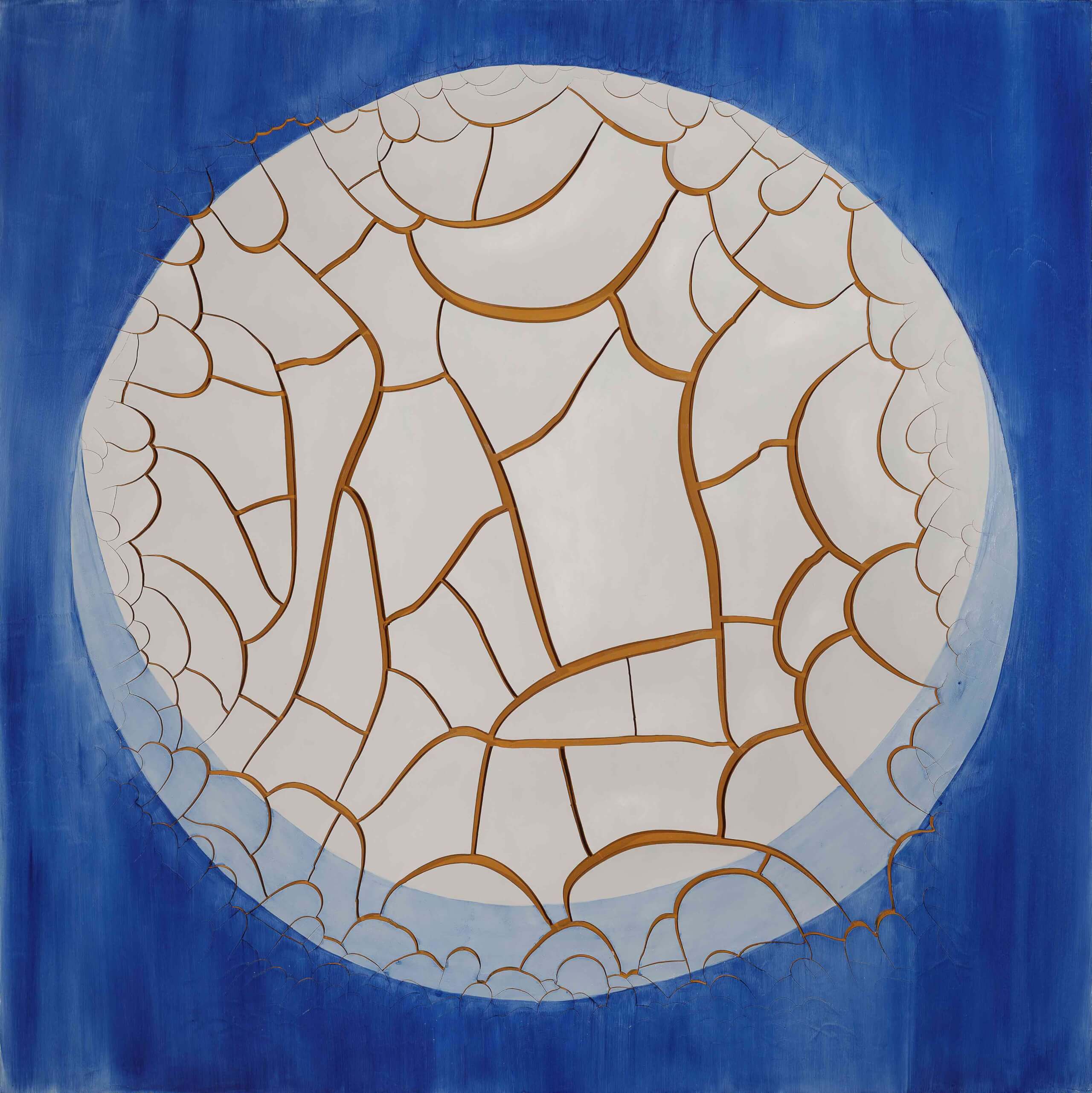 The Lowdown: Paintings and Story Quilts is the first solo exhibition in Europe by New York based painter and textiles artist Faith Ringgold. Ringgold is probably best known for her exquisite post-Cubist, pop-arty, slightly folk inspired story quilts depicting the struggles of being an African American. She started making them in the 1960s, a particularly turbulent time for race relations in US history, desperate for audiences to engage with the narratives she wanted to call attention to. Ringgold’s chosen subject matter dismantled and destroyed the notion of the American Dream, highlighting the vast social inequalities between those of different race and gender. Sadly, the racial disparities she highlights in her work remain topical today, 60 years later. The show at Pippy Houldsworth presents a variety of the artists quilts, alongside several of her accomplished paintings.

When: Paintings and Story Quilts runs until the 28th April 2018

The Lowdown: German photographer Wim Wenders is better known as a filmmaker than a photographer, with three nominations for best documentary Oscar under his belt. However the prominent figure of the New German Cinema period of the 1960s-80s has also had a prolific career as an art photographer. Wenders’ pictures are heavily influenced by painters and paintings, and many of his early works display a deep interest in American Realism. His works capture a slice of spaced-out, melancholic Americana, all dispersing viewpoints and narratives as deftly as you’d expect from an Oscar-nominated, award winning story teller. 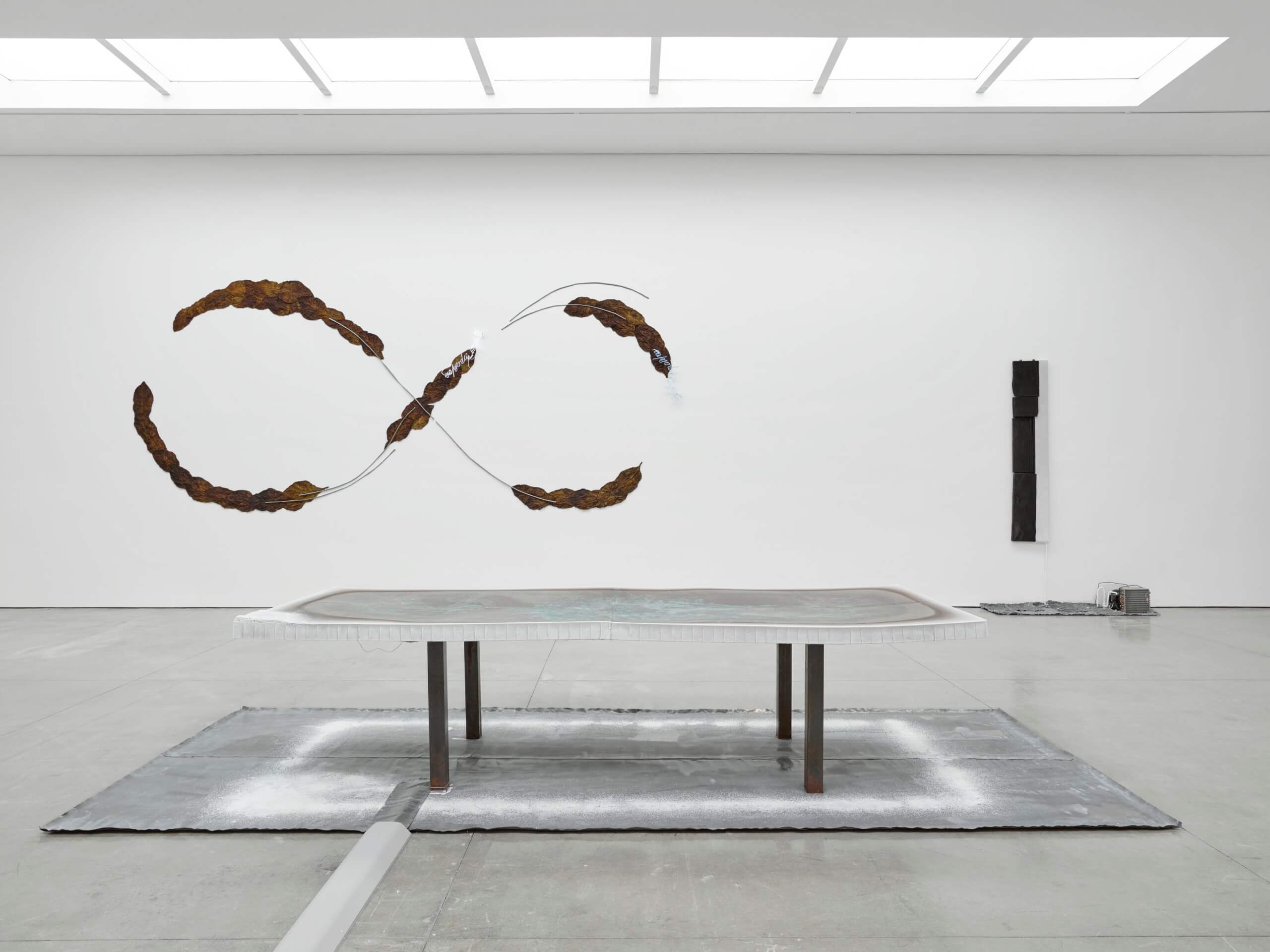 The Lowdown: Pier Paolo Calzolari was a prominent figure of Arte Povera, a 1960’s Italian art movement that believed in the return to simplicity, meaning in the everyday, and the energy and art in the body and behaviour. Palzolari would, however, reject Arte Povera in 1972 and declare the movement over. His work often plays with the concepts of life, death, and nature, and he is known for utilising unusual materials. For instance, through the use of a system of refrigeration units, frost became a signature material in his oeuvre favoured for its unique fragility.

You can see examples of his frost works in this exhibition, including Tolomeo (1989), a large frosted table with a pool of melted ice on its surface. Elsewhere the monolithic Untitled (Burnt Wood) (1989), is made from rectangular planks of charred wood. Here the artist uses a process heavy form of art production, long before today’s Zombie Formalists cheapened the idea of process and action being art. A striking show well worth seeing. 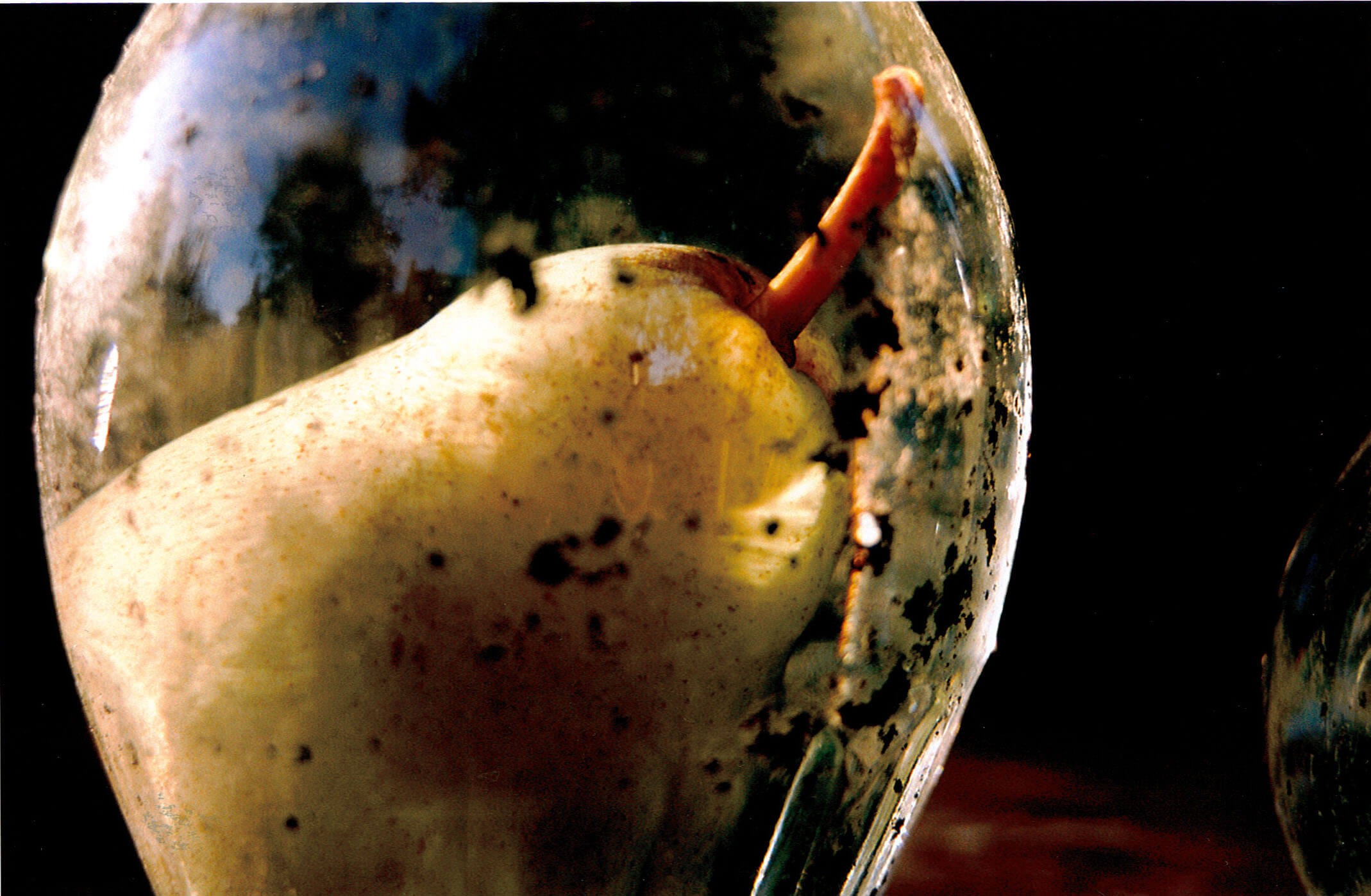 The Lowdown: Tacita Dean has performed an impressive art hat trick, with three of the country’s major galleries agreeing to showcase solo shows of different aspects of her work in the same year. The National Portrait Gallery will exhibit Dean’s portraiture, the Royal Academy is hosting her landscape works as the inaugural exhibition in its newly opened gallery space, and the National Gallery is presenting the artist’s works on the theme of still life. The exhibitions are collaborative not competitive, so unsurprisingly it’s best to see all three.

STILL LIFE sees the artist curate a selection of historical works – for example Zurburan’s A Cup of Water and a Rose – alongside more contemporary pieces by either Dean herself or fellow artists such as Wolfgang Tillmans and Roni Horn. If you enjoy STILL LIFE, head on over to the NPG for PORTRAIT, and from May 16th LANDSCAPE and the RA.