Can it really be November already? The year’s almost over, but the art events are not. Autumn is usually blessed with some of the most exciting exhibitions of the year – gives us something to do when it’s miserable outside. Here’s our list of the best of the bunch:

1. For the Love it or Hate it Art: The Vulgar: Fashion Redefined at the Barbican Art Gallery

The Lowdown: Alexander McQueen: Savage Beauty at the V&A aside, fashion exhibitions are usually, dare I say it, a little bit boring? I’m not hating, it’s just that they’re often a bit samey and have niche appeal. The Barbican has stepped in to fix that with an outrageous new fashion fiasco that celebrates all things ostentatious and OTT.

When: The Vulgar: Fashion Redefined at Barbican Art Gallery runs until 5th February 2017.

2. For Iconic Art: Bowie/Collector at Sotheby’s

The Lowdown: The late, great David Bowie’s personal art collection will be sold at auction this November. Until the 10th, the contents of the sale will be on open access view to the public at Sotheby’s New Bond Street galleries.

Bowie’s purchases included works by some of the most important British artists of the 20th century, including Damian Hirst, Frank Auerbach, and Henry Moore. Surrealism, Outsider Art, and Contemporary African art also show up in this lovingly curated collection. A unique glimpse into the tastes of a beloved pop culture icon.

When: Bowie/Collector at Sotheby’s New Bond Street remains on view until the 10th November 2016. 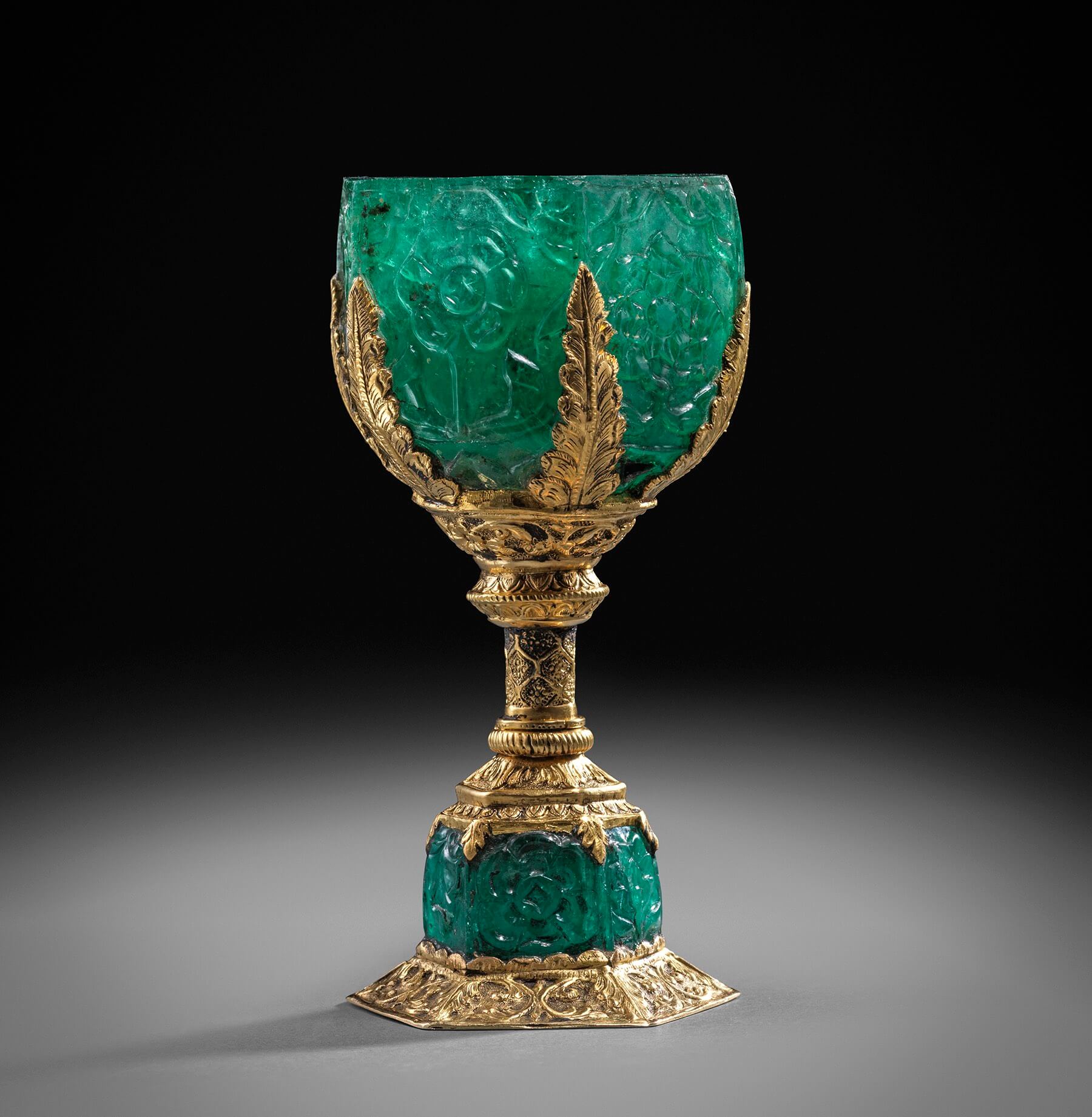 The Lowdown: For lovers of Asian art and artefacts, this week in November is the highlight of the cultural calendar. Along with its sister event in San Francisco, Asian Art London is the world’s best gathering of gallery exhibitions, seminars, lectures, and events dedicated solely to the arts of the East. Collectors, art dealers, and enthusiasts from across the globe congregate to buy, sell, and see pieces from the Middle East, South and South East Asia, and the Far East.

The event is notorious for showing exquisite works usually held in private collections, with many private galleries and dealers across London opening their doors to the public. Think of it as being a bit like Frieze, but for Asian art and antiquity buffs. You don’t need a degree in Chinese art to take part though; most events are free, extremely well run, and open to all.

The Lowdown: Brazil is having a moment this year, and its art hasn’t been forgotten either. Hauser & Wirth is presenting a retrospective of the works of Lygia Pape, a celebrated Brazillian artist central to the founding of the Neo-Concrete movement.

Concrete Art was a kind of geometric abstraction that emerged in the 1950s and deeply influenced many 20th century modernist artists. Neo-Concrete was a response to the perceived limitations of the movement. Background info: check. This exhibition comprises work from the entirety of Pape’s career, including works on paper and installation sculptures. The show’s highlights though are her Tteia (pictured) installations; silver threads stretched in geometric formations across a pitch black room and then illuminated with spotlights. It’s beautiful.

When: Lygia Pape at Hauser & Wirth Mayfair runs until the 19th November 2016.

The Lowdown: American artist Mike Kelley created works that often incorporated found objects. He was fascinated by cultural appropriation and the different sub-cultures that existed in Middle America; recreating elements from environments of ethnic minorities in large scale installations.

Framed & Frame pays homage to Chinatown in downtown LA. The display consists of two sculptures; the first is a giant wishing-well, grotto-like mass of concrete spray painted in bright colours. The second is a large wire enclosure with iconic Chinese architectural imagery. Both are challenging and a little unnerving.

If you’re headed to Hauser & Wirth for Lygia Pape, it’s worth checking out Kelley too.

The Lowdown: Tate Britain pays homage to perhaps the 20th century’s greatest war artist, Paul Nash. Nash is best known for his iconic paintings of conflict during World War I, produced during his time as an army officer and later as the official war artist. Apart from his war painting, he is also noted for the surrealist landscapes this exhibition focuses on.

Nash was fascinated by the British landscape and its mystical attributes. In his surreal works he included haunting depictions of the equinox and phases of the moon, coastal locales, and elements of rural life. Works spanning a lifetime are shown here, from early drawings through to depictions of World War II in his later life. A lovely look into the life of a very special British artist.

When: Paul Nash at Tate Britain runs until 5th March 2017.

The Lowdown: Picasso is best known for his cubism, the style that made him notorious in his day as a “destroyer” of the rules of art. Of course, this is nonsense; his work was informed by all of art’s history and was anything but reckless. No-where can his respect for the past be seen better than in his portraits.

This exhibition is a rare chance (the last retrospective solely devoted to portraits was 20 years ago) to see a softer side to the artist. He paints friends, wives, children, and lovers with characteristic brilliance. There are painterly portraits from his days as a young man, through to cubist masterpieces from his later life. It’s Picasso, so obviously it’s one of the season’s blockbusters.

When: Picasso Portraits at the National Portrait Gallery runs until 5th February 2017. 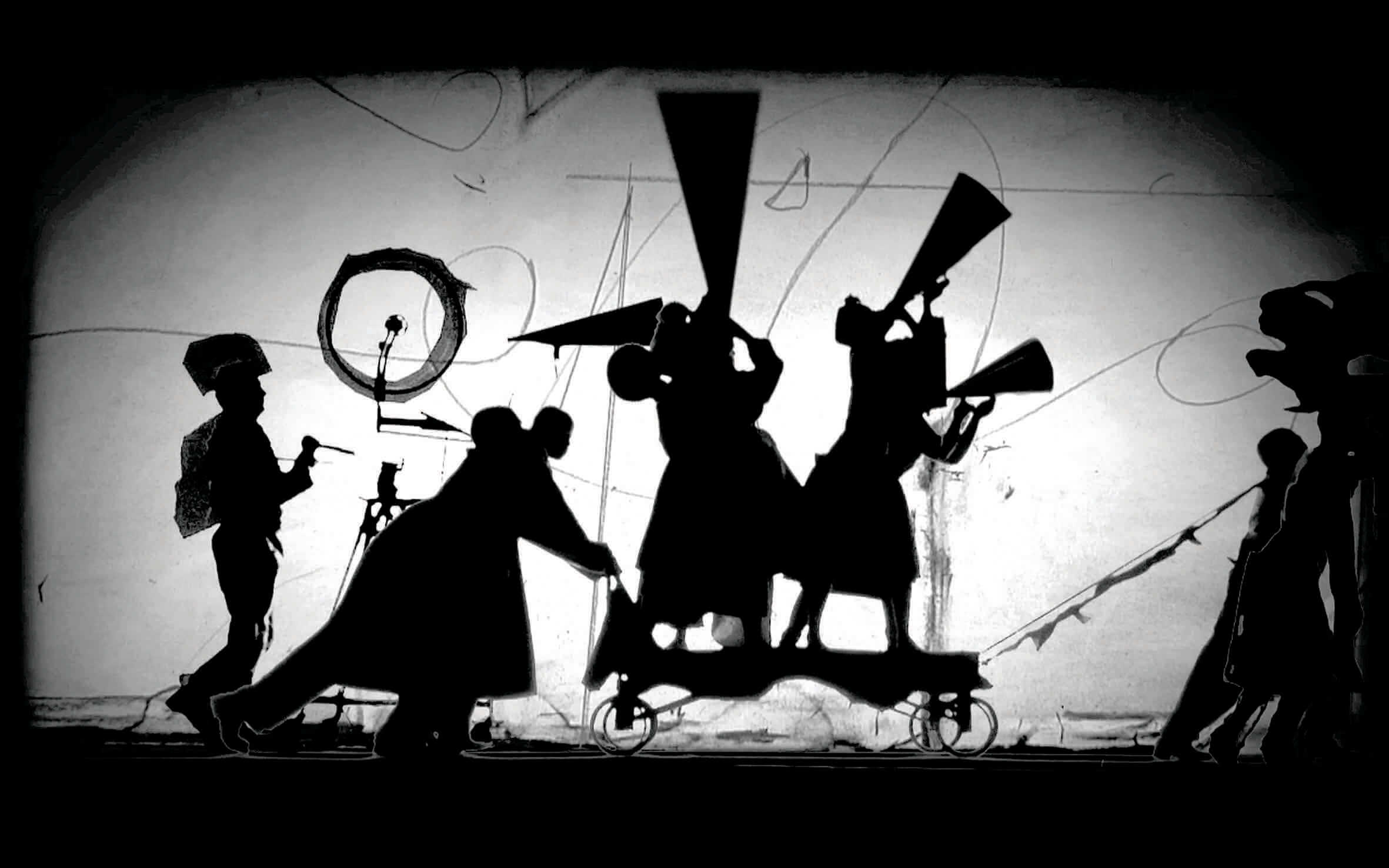 The Lowdown: William Kentridge is one of South Africa’s most prolific living artists, best known for his exploration of hot button issues such as revolution, apartheid, and colonialism. Famous for using animation, Kentridge’s whimsical motifs show his willingness to injecting his art with humour.

This exhibition takes a look at works spanning from the present day back to the early noughties, featuring six large installations. He asks meaningful questions throughout; for example in The Refusal of Time – an installation complete with various time telling apparatus such as metronomes – Kentridge considers mankind’s relationship with time and why we attempt to measure and control it. A thought provoking and fun exhibition of work by a significant contemporary artist.

When: William Kentridge: Thick Time at the Whitechapel Gallery runs until January 15th 2017.

The Lowdown: Where to start with the Turner Prize. Running since 1984, it offers a competition platform for British artists under 50 and is closely associated with the YBAs (Damien Hirst, Tracey Emin, Gavin Turk, etc). It’s always been controversial (Emin’s unmade bed was shortlisted in 1999), but in recent years it’s gained a bit of a bad rep for having a lot of crack-pot art.

This year the four shortlisted contenders are Josephine Pryde, Anthea Hamilton, Helen Marten, and Michael Dean. You probably have already seen on social media the giant bum by Hamilton, but the two artists that are really interesting are Marten and Dean. Marten’s installation resembles a strange workshop that leaves the viewer slightly confused. Dean’s offering is a bit more political; a pile of pennies represent how much the government believe a family need to survive for a year, around which are placed Dean’s rather macabre sculptures. Depressing stuff. Have another look at the giant bum on the way out to cheer yourself up.

10. For Dramatic Art: Beyond Caravaggio at The National Gallery

The Lowdown: Master of baroque painting Caravaggio is one of the most influential painters of all time. The National Gallery’s new exhibition explores this influence in a show dedicated to his legacy amongst other artists.

Paintings by both Caravaggio and the Italian, French, Flemish, Dutch, and Spanish artists he inspired are shown, many of which will be unfamiliar even to keen classical art fans. They demonstrate the artistic phenomenon known as “Caravaggism” whereby the artist’s intense style can be seen in the works of others. This brilliantly dramatic exhibition is perfect for those who usually find old-master paintings a bit, well, dull.

When: Beyond Caravaggio at The National Gallery runs until the 15th January 2017.