While we all freeze to death in London, the glamorous art world has jetted off to sun itself in Miami for the annual Art Basel extravaganza. But no fear, though we can’t provide the sunshine we can throw a bunch of excellent exhibitions your way to see out 2017. Enjoy! 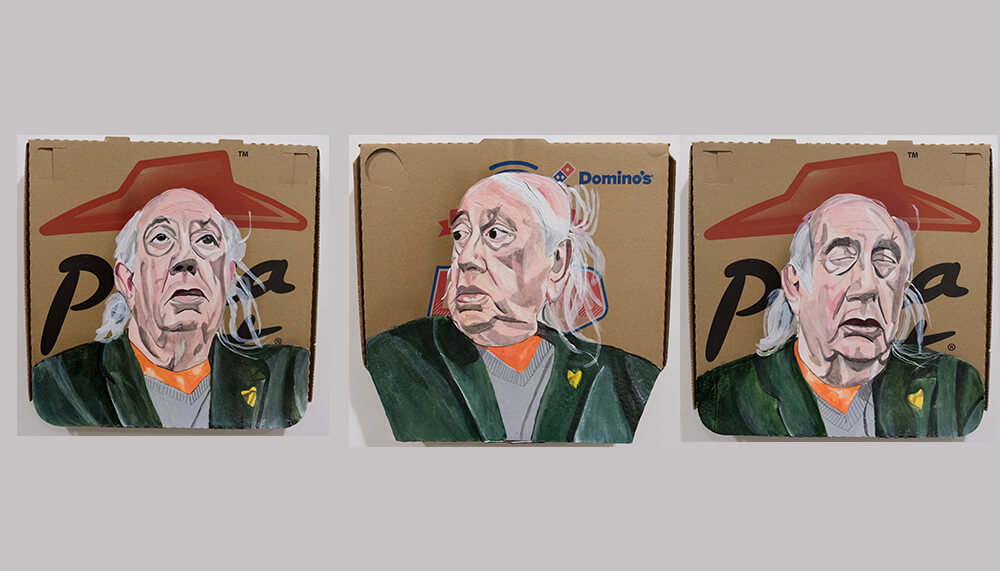 The Lowdown: Does that surname ring a bell? Our very own Editor Angelica’s artist and filmmaker brother Oliver Malin is staging a solo show, and if your own sister can’t stick you in her magazine’s art column, who can? Takeaway Dreams is a bold, colorful, and engaging exhibition that melds together the emotional and effervescent nature of dreaming with the fleeting disposable commercialism of fast food boxes. And it’s being held in a kebab house. That’s right, no white boxes here but a Chalk Farm takeaway joint.

That’s not to say the exhibition isn’t a serious one. Light-hearted maybe, but Malin’s art takes a sincere look at contemporary society and the possibilities for a brighter future, despite our currently uninspired political landscape.

The Lowdown: Acclaimed British artist Rose Wylie is presenting her latest major solo exhibition Quack Quack in collaboration with the trusted hands at the Serpentine Gallery. The artist is unusual in that her big break came when she was in her seventies, which we think is amazing. However, the artist doesn’t like to dwell on her age, and so we won’t. Her paintings are far more interesting.

Wylie’s work is vivacious, iconographic, and draws from wide inspiration. Whether it’s the historical hieroglyphic/byzantine influences that can be seen in the above image, or comic books, news, celebrity culture, film, and sport. Quack Quack features paintings dating from the 1990s to the present day including never before seen and new works, some of which depicting beloved London scenes such as Hyde Park.

The Lowdown: American artist Dan Colen’s first major London solo show is on now at Newport Street Gallery. A hot ticket artist who boomed onto the scene in the early 2000s, Colen’s work is bold, witty, and nihilistic, presenting a judgmental and poignant portrait of contemporary America. This show promises to shock and delight, in equal measure. 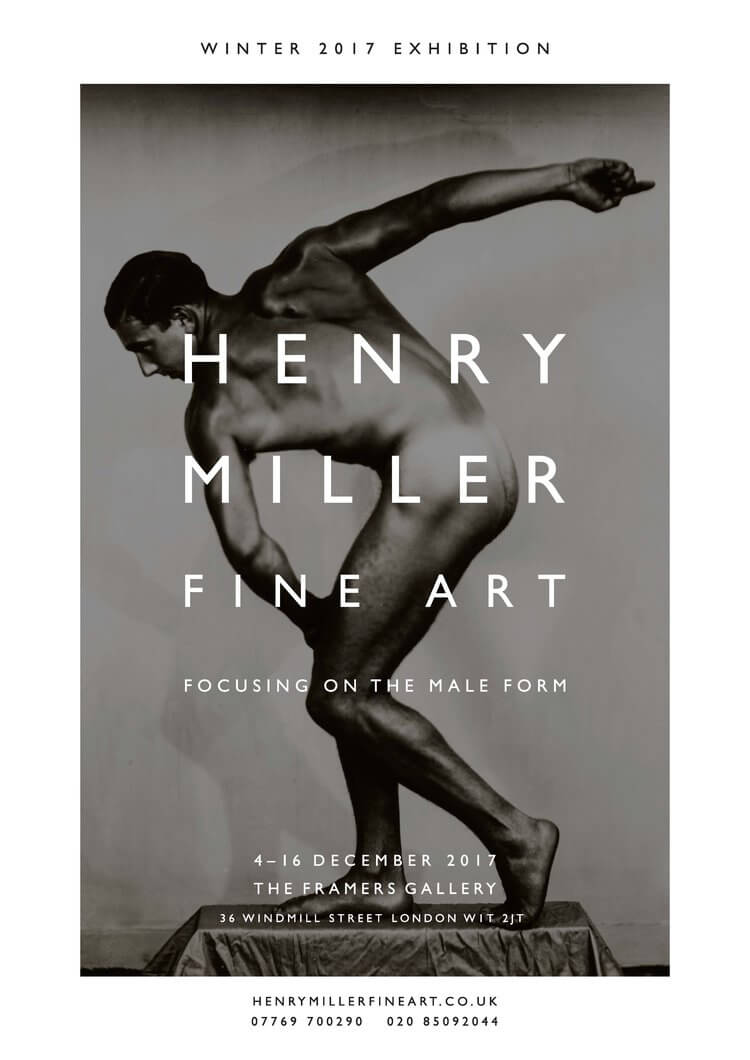 The Lowdown: Dealer Henry Miller is presenting a tantalising selection of works in his winter show at the Framers Gallery. Miller careful curates beautiful collections of art specifically focusing on the male form. Unbound by any particular style or period, Miller’s compilations read like a record of gentlemen throughout history. There are paintings, photographs, prints, and etchings, all are available for purchase – some of which quite affordably so.

When: Henry Miller’s Winter Exhibition runs until the 16th December 2017. 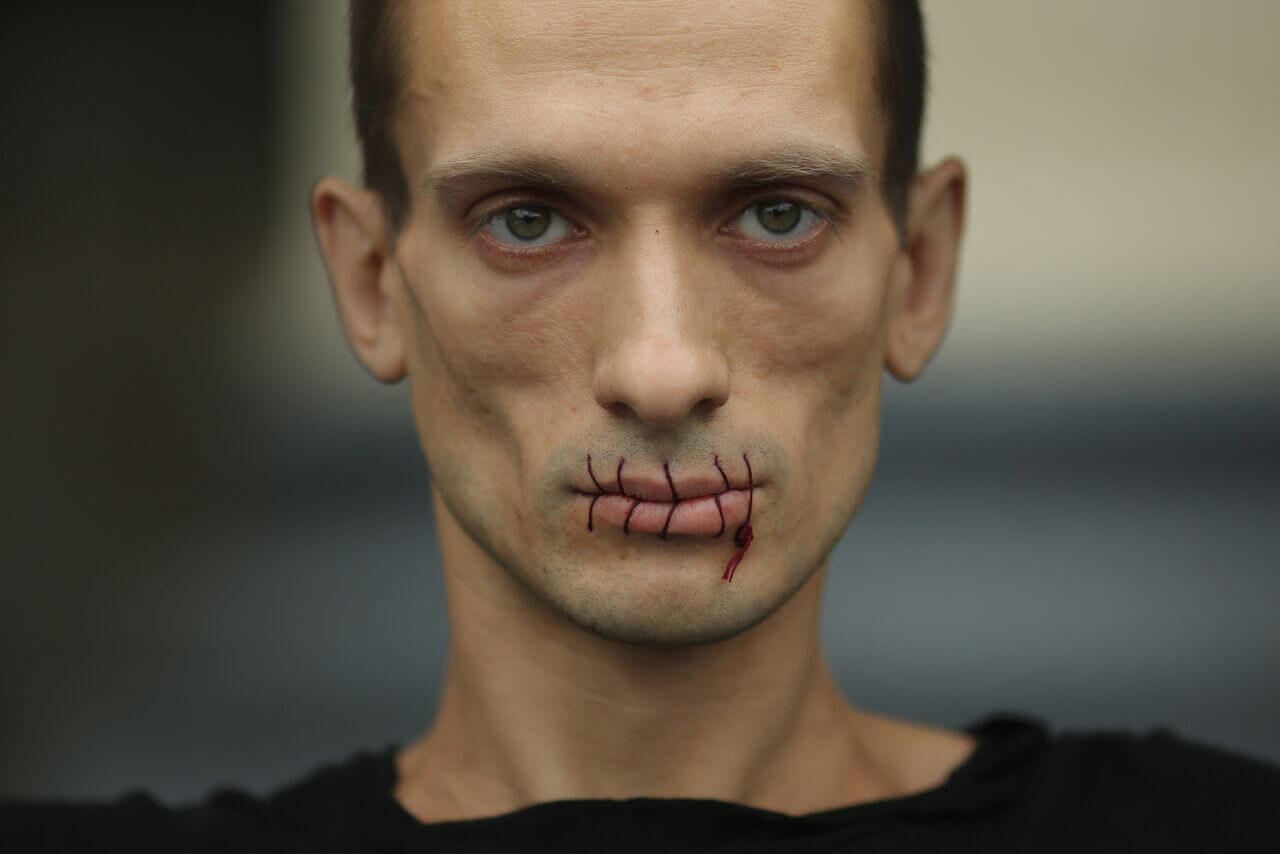 The Lowdown: Another exhibition marking 100 years since the Russian Revolution, Art Riot at Saatchi Gallery is dedicated to Russian protest art over the past 25 years. Expect loud political commentary from those who dare to speak out against continuing injustices in post-communist Russia. Famous groups such as Pussy Riot and artists including Oleg Kulik and Pyotr Pavlensky showcase work that moves deftly between inflammatory and aggressive to harrowing and deeply moving. At times the exhibition can become somewhat disjointed, but nevertheless it is well worth seeing. And Pavlensky’s photographs are beautiful.

Jewyo Rhil and Jihun Jung: Dawn Breaks at The Showroom 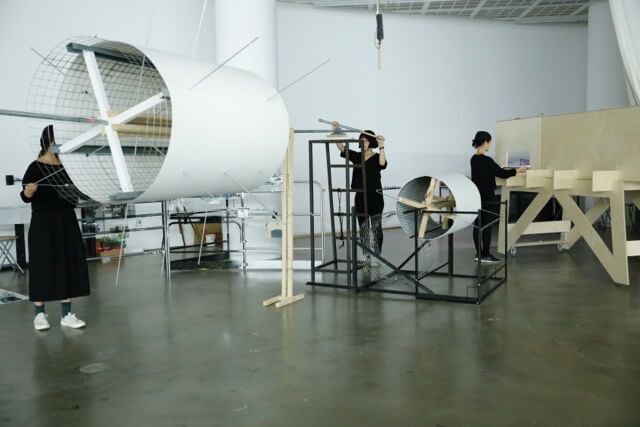 The Lowdown: Dawn Breaks is the first iteration of a collaboration between contemporary Korean artists Jewyo Rhii and Jihyun Jung. The exhibition consists of a number of complex mechanical and movable sculptural works, which when operated become story telling devices opening up narratives and performance.

The artists have invited people from the local area to assist in the exhibition, and the participants – in this case from a local care home – will be helping to activate the works and share their own stories. An engaging, performance based exhibition from two bright young East Asian artists.