1. For Iconic Art: Hokusai: Beyond the Great Wave at the British Museum 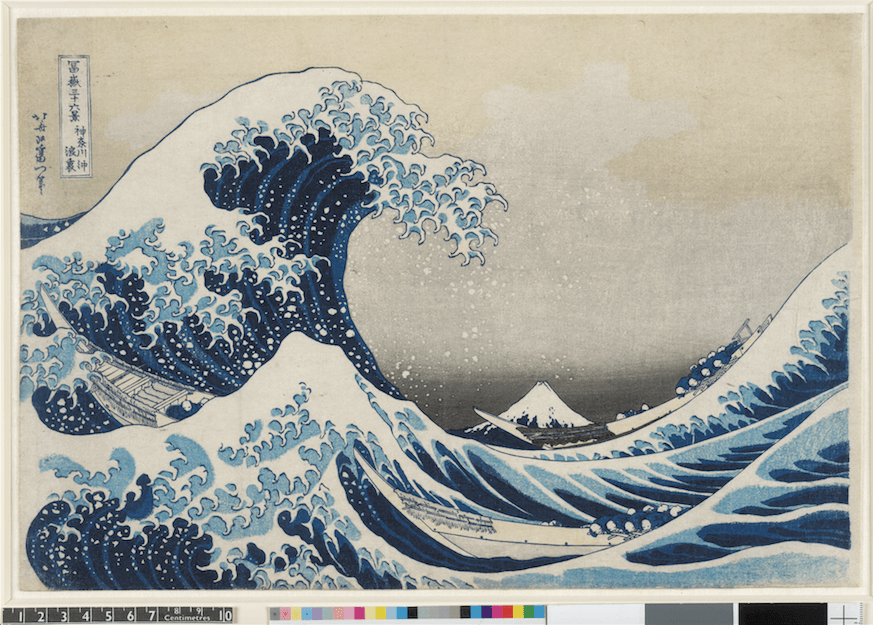 The Lowdown: Katsushika Hokusai is among the greatest artists of all time. Even if you don’t recognise his name, you will immediately know his most famous work Under the Wave off Kanagawa, an image that has become so iconic it rivals the Mona Lisa, Van Gogh’s sunflowers, and Monet’s waterlilies for ubiquity. Much like da Vinci, Van Gogh, and Monet, Hokusai had an illustrious and vast career both before and after his most famous painting was completed, and it is these other works that the British Museum is bringing to our attention.

In this exquisitely curated exhibition Hokusai’s depictions of enchanting landscapes, mythology, dragons, Mount Fuji, and the beauty of everyday life create a bewitching journey through Japanese folklore, legend, history, and painting. Beyond the Great Wave is one of the most important displays of Asian art to have ever been held.

When: Beyond the Great Wave runs until the 13th August 2017.

Photo Credit:  The Trustees of the British Museum

The Lowdown: This small exhibition of the late American portrait artist Alice Neel’s works provides a glimpse into her immersive practise. Neel’s paintings are proper portraits; they don’t just look like the person they are depicting though, they capture a sense of that person’s world. The works on display span the 1940’s through to the sixties, and there are some real masterpieces on show. Though the exhibition is by no means comprehensive, it provides just enough to whet one’s appetite for more – where’s the full career retrospective, please!

3. For Chinese Painting: Chen Li: Paintings from the Heart at Katrine Levin Galleries 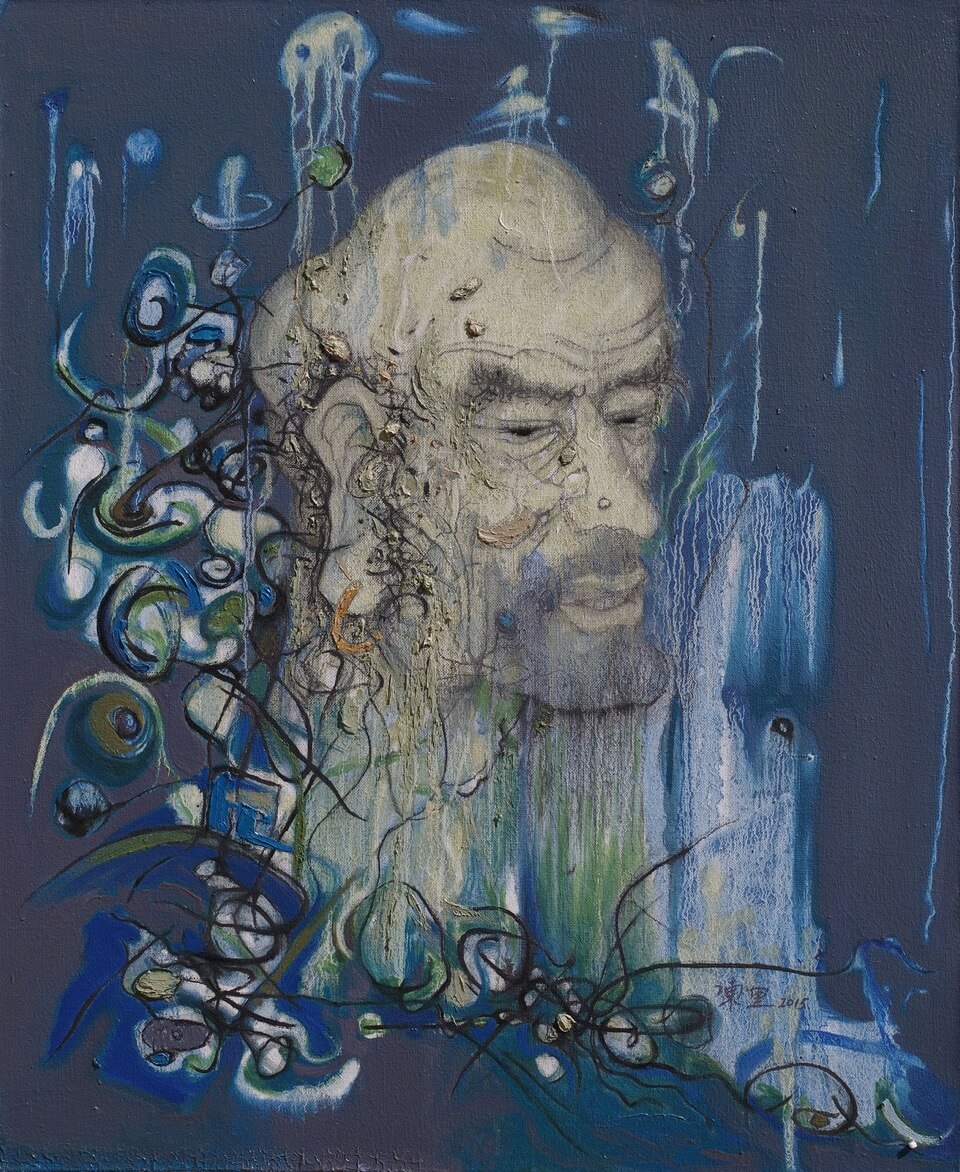 The Lowdown: Katrine Levin Galleries specialises in promoting emerging artists from far flung corners of the world that otherwise may not have a voice in the West. This time the gallery is shining a spotlight on the works of Chen Li, an artist who hails from the beautiful Yunnan Province of southern China.

For his first UK exhibition the gallery presents a series of paintings and woodblock prints inspired by Buddhist philosophy and Yunnan’s magnificent landscapes. With these muses he weaves a unique visual language that combines elements of Chinese ink work with the physicality and colour of Western oil painting.

When: Chen Li: Paintings from the Heart runs until the 1st July 2017.

4. For Cityscapes: Anime Architecture: Backgrounds of Japan at the House of Illustration 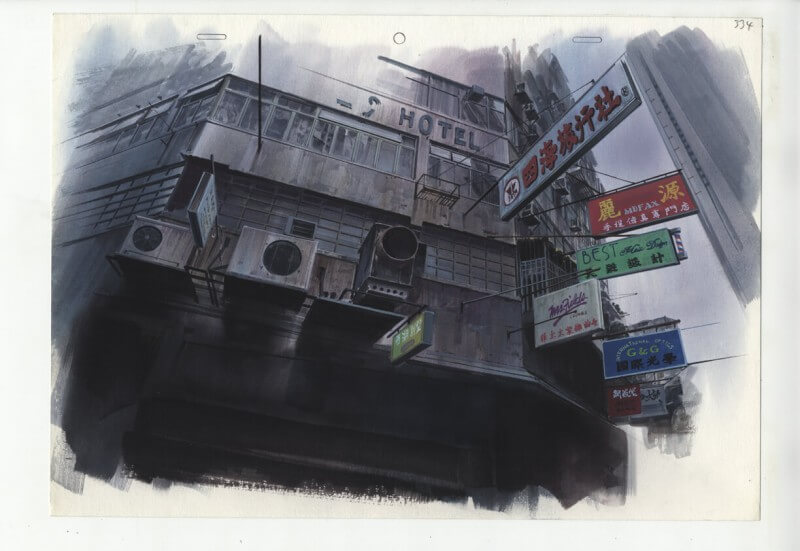 The Lowdown: What an exhibition. Anime Architecture is a gorgeous presentation of anime backgrounds; the stunning works of art that bring Japanese animated films to life. The exhibition focuses mainly on backgrounds from sci-fi films – most notably Hiromasa Ogura’s original backdrops for the 1995 anime Ghost In The Shell – but it’s more twinkling cityscapes than spaceship control rooms. The works are exquisitely detailed, hauntingly beautiful, and full of brooding tension. For any Japanophiles or anime fans: this show is unmissable.

When: Anime Architecture runs until the 10th September 2017.

Where: The House of Illustration, 2 Granary Square,London. N1C 4BH. Adult tickets from £7.50. 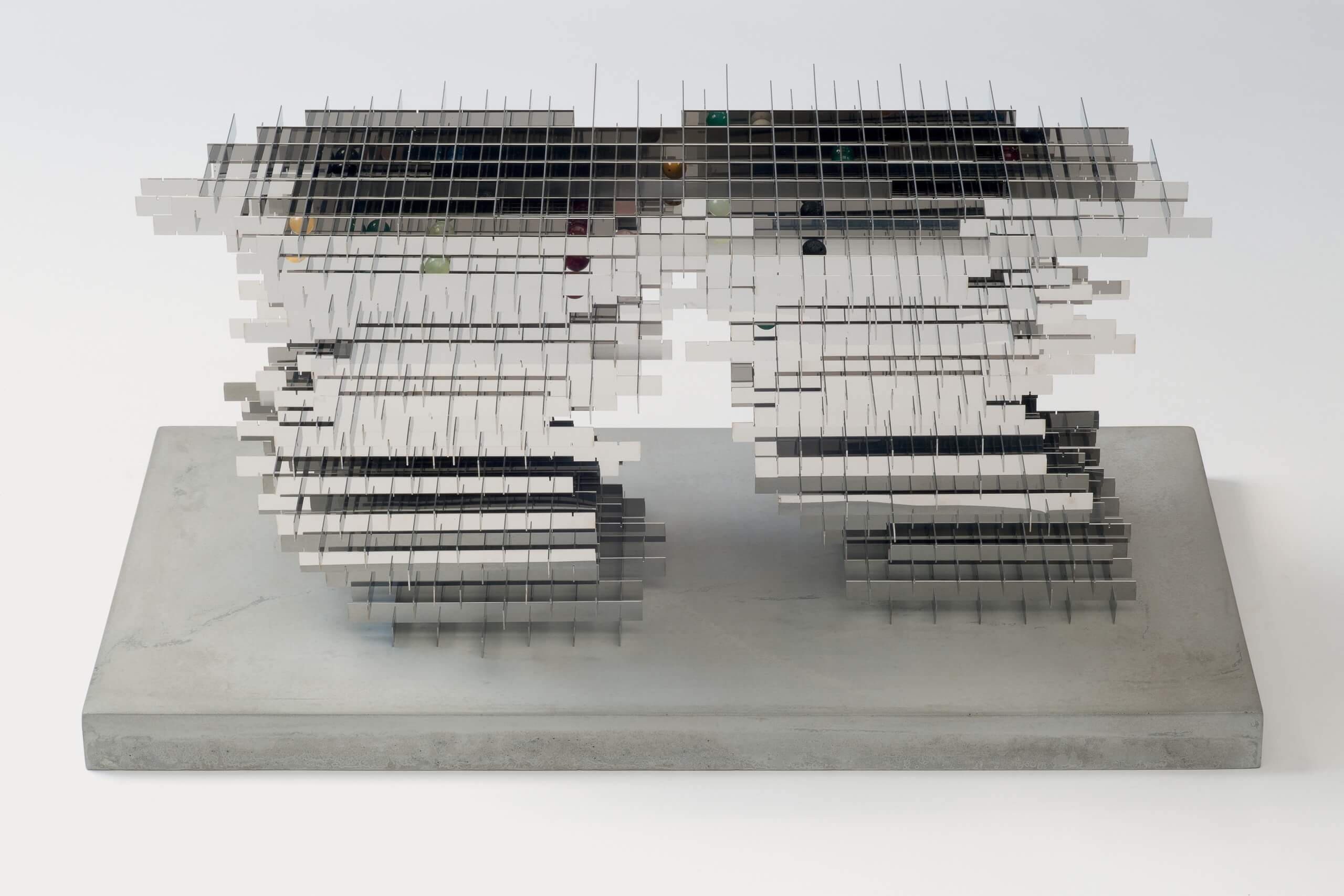 The Lowdown: Royal Academician Alison Wilding is considered to be one of the most important sculptors of her generation. Her works have been shown at the Serpentine Gallery, the Royal Academy, MOMA, and the Tate museums. Wilding is known for her striking aesthetic, one that utilises a wide breadth of materials and can be unsettling, confronting, and challenging to viewers. Offer Waterman, in collaboration with Wilding’s long time representative Karsten Schubert, are presenting a new body of works, some of which have been created specifically for the exhibition.

When: Acanthus Asymmetrically runs until the 21st June 2017. 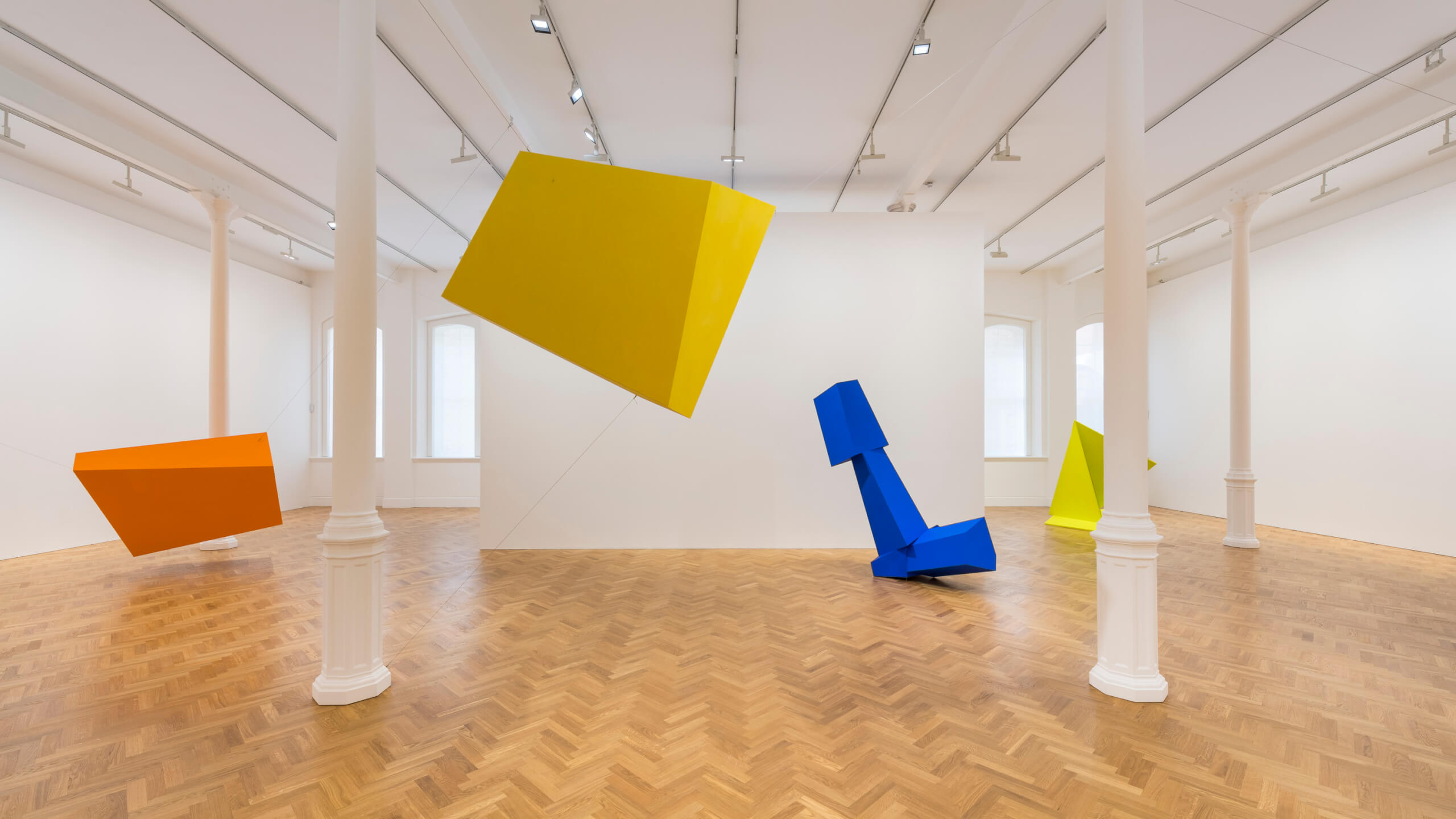 The Lowdown: Joel Shapiro’s work is a natural progression from the American minimalists of the 1970’s. Shapiro is primarily known for large scale, dynamic works made from rectangular blocks. Though unlike the minimalists he followed, his work is more expressive and indefinably representative of form – though static, his sculptures suggest movement and life.

Pace Gallery’s exhibition presents a handsome and extensive collection of works with enough breathing room to be truly appreciated. When you think of contemporary sculpture, Shapiro’s works are the first thing your mind imagines. They are delicious.

7. For Minimalism: Tadaaki Kuwayama: Radical Neutrality at The Mayor Gallery 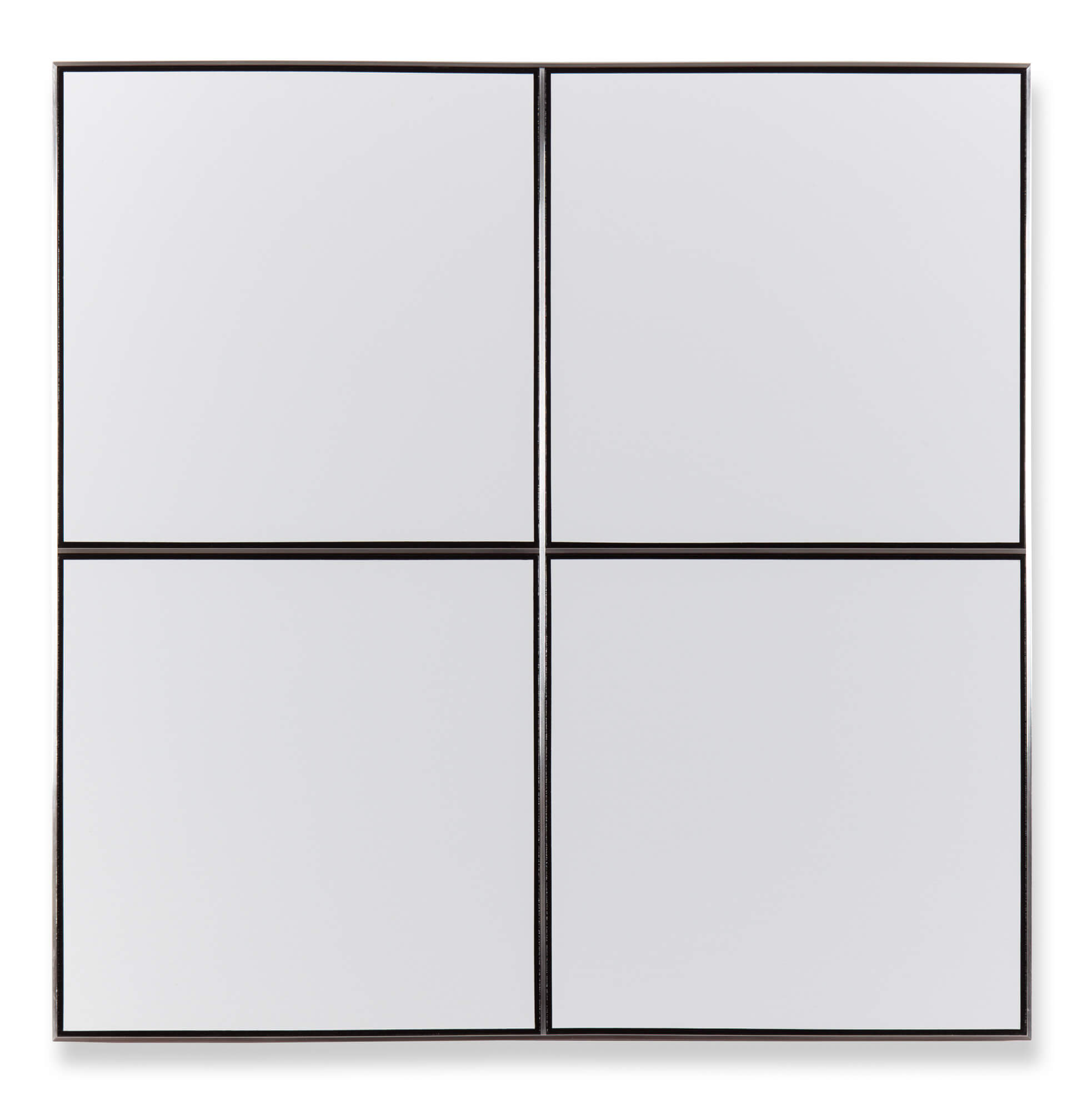 The Lowdown: Born in war-focused 1930s Japan, Tadaaki Kuwayama was educated in the traditional nihonga painting technique. He found his experiences at art school to be restrictive, reflective of the militaristic society he lived in, and eventually left for New York in the late fifties. There he would also reject Abstract Expressionism – the movement that dominated mid-century American art – and instead began to create something far less extroverted.

“Radical Neutrality” was the term used by art historian Michio Hayashi to describe Tadaaki Kuwayama’s reductive, expressionless style of painting. The artist created “neutral” works, mainly bright, unadorned colour fields separated into squares. Free of any characteristics, form, or expression, audiences were forced to look beyond conventional barometers of quality in order to appreciate and judge them.

When: Radical Neutrality runs from the 7th June until the 28th July 2017.

8. For Expressive Art: Joyce Pensato: Forgettabout it at Lisson Gallery

The Lowdown: Brooklyn born artist Joyce Pensato creates large scale paintings of distorted, menacing cartoon faces. They are often black and white, rendered in enamel to give that slick cartoony finish. While her work is reminiscent of street art with its glaring references to pop culture, Pensato takes things to the next level. Painting with an overwhelming intensity, she is able to create images that draw you in to the manic world she inhabits. They’re funny, disconcerting, disordered, and fabulous.

9. For Art from the Female Gaze: 31 Women at Breese Little 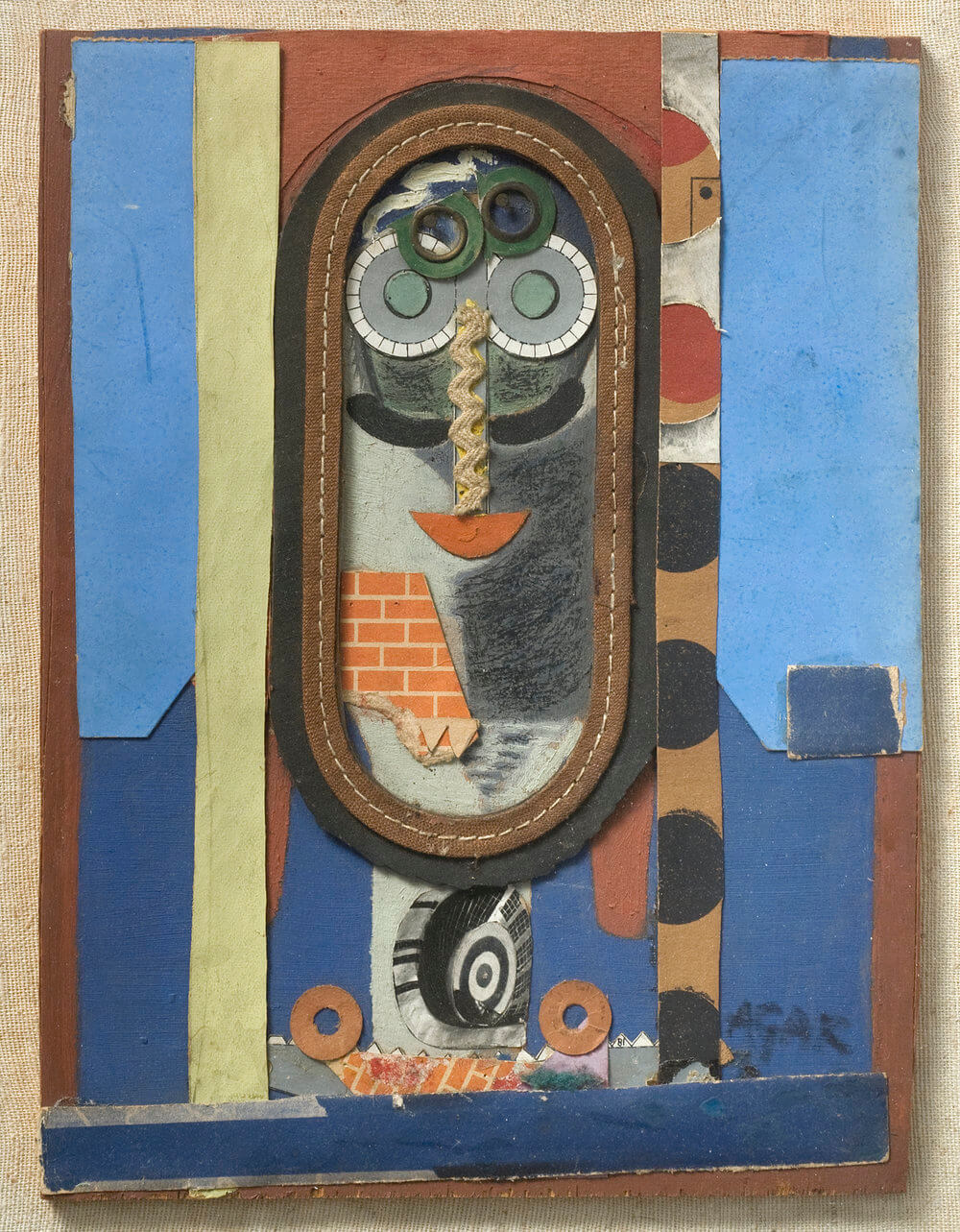 The Lowdown: Breese Little’s latest exhibition is both a feminist air punch and an ode to one of art’s greatest collector-cum-curators Peggy Guggenheim. In 1943 Guggenheim presented a show at her New York gallery entitled 31 Women that showcased and celebrated female artists. Breese Little’s take on this exhibition again celebrates 31 women in art, featuring artists who worked directly in Guggenheim’s circle and from the generations since. Names on show include Cornelia Parker, Tracey Emin, Gillian Wearing, Celia Hempton, and Alison Turnball amongst many others.