A very happy new year to all of About Time’s art lovers. It’s back to setting six iPhone alarms, marking as read our two million emails, and getting through the day with endless staggered coffee breaks. January weekends are the most vital in the calendar. The brunches, lunches, dinners, and gossip are what remind us – after all those cosy festive nights at our parent’s – that we really do want to be back here. Back in our wonderful city home. Here’s this month’s list of what to see after the Eggs Benedict and matcha latte fix has been satisfied:

For Art from the Outback: Australia’s Impressionists at The National Gallery

The Lowdown: Even those with the most fleeting of artistic interest will be au fait with the Impressionists. The most ubiquitous and widely beloved of all artistic styles, Impressionism means light, colour, and open beauty. It’s also French. Very French. Manet, Monet, Degas, Renoir – all French. Yet there were artists discovering, working, and falling in love with this style all over the world.

Gathering a collection of Australian Impressionist art was an ingenious move on the part of the National Gallery, particularly at this time of year. The small exhibition of 40 paintings is full of sunshine and luminosity, a dosage we could all do with during the January blues. The subject matter: Australian plains and grasslands, cattle ranchers on horseback, dockyards, and beaches create something quite unique – there’s a lot of life in these paintings.

When: Australia’s Impressionists runs until the 26th March 2017.

Where: The National Gallery, Trafalgar Square, WC2N 5DN. Admission free for members or from £6.50 for advance purchase tickets. 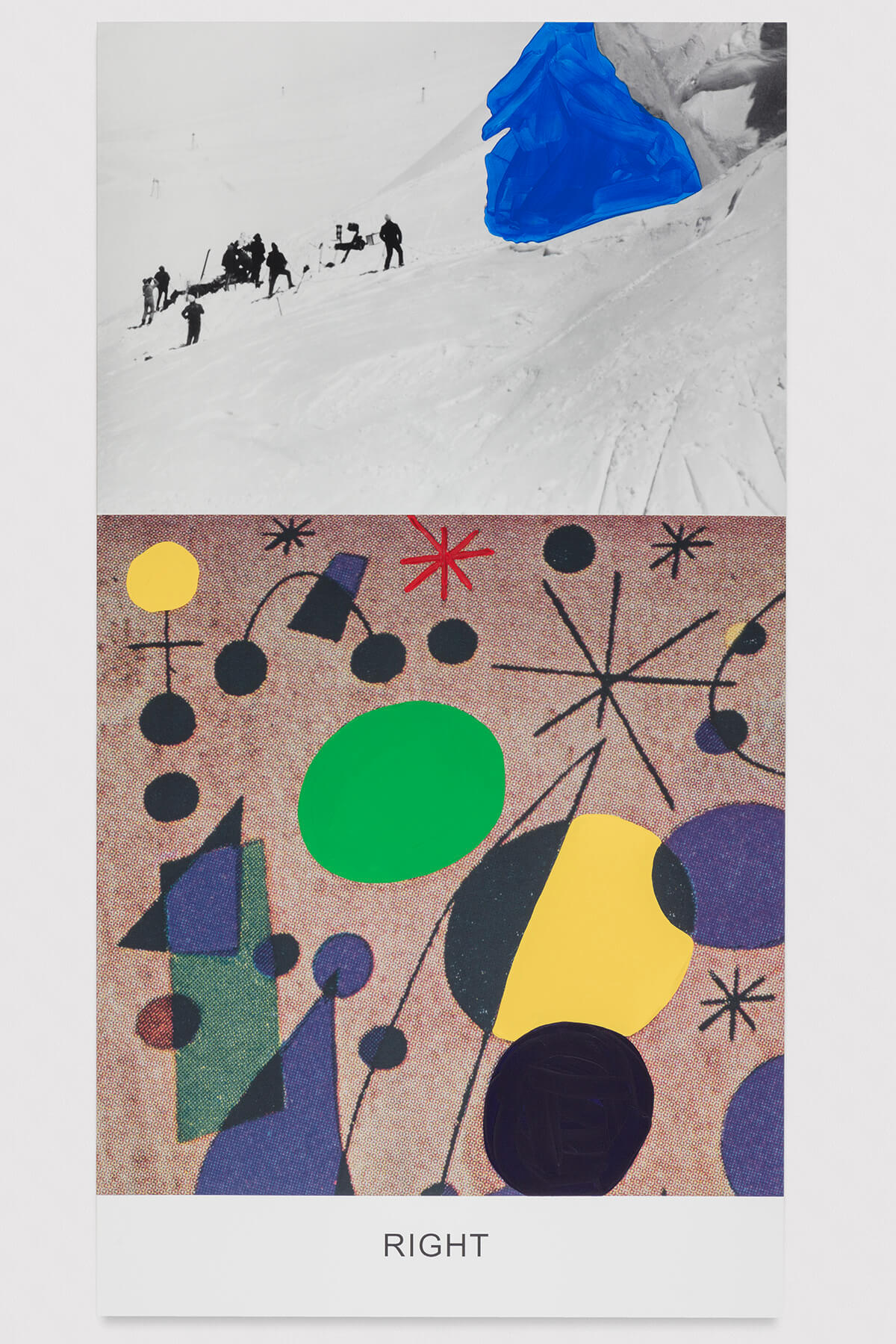 The Lowdown: The last time I saw work by Baldessari was at an exhibition in Frankfurt. The gallery was full of large scale paintings that featured ironic conversations extracted from old Hollywood film and television scripts. It was the first exhibition I’ve seen where I can honestly say absolutely every single piece displayed gripped me – it was mesmerising. The artist managed to at once make you laugh, say something poignant, point out something societally important, and create art so visually superb you immediately started imagining it on the big blank wall in your sitting room.

For his latest solo show with Marian Goodman, Baldessari is taking parts of iconic Miro paintings, and pairing them with Hollywood film stills. It sounds a fairly simplistic premise but judging on who it’s by, it’ll almost certainly be more than the sum of its parts.

When: John Baldessari: Miro and Life in General opens on 10th January and runs until the 25th February 2017.

For the Female Gaze: Terrains of the Body at Whitechapel Gallery

The Lowdown: Terrains of the Body is a show we’ve been crying out for. A show that depicts women, that celebrates women, that tells women’s stories, from the perspective of women and women alone. The male gaze is not to be found in this curated exhibition of photographs of women by female artists. The female body is one of the most enduring themes in western art, and here it is reclaimed by artists capturing intimate moments of womanhood. It is radiant, reflective, and gorgeous.

When: Terrains of the Body opens on the 18th January and runs until the 16th April 2017. 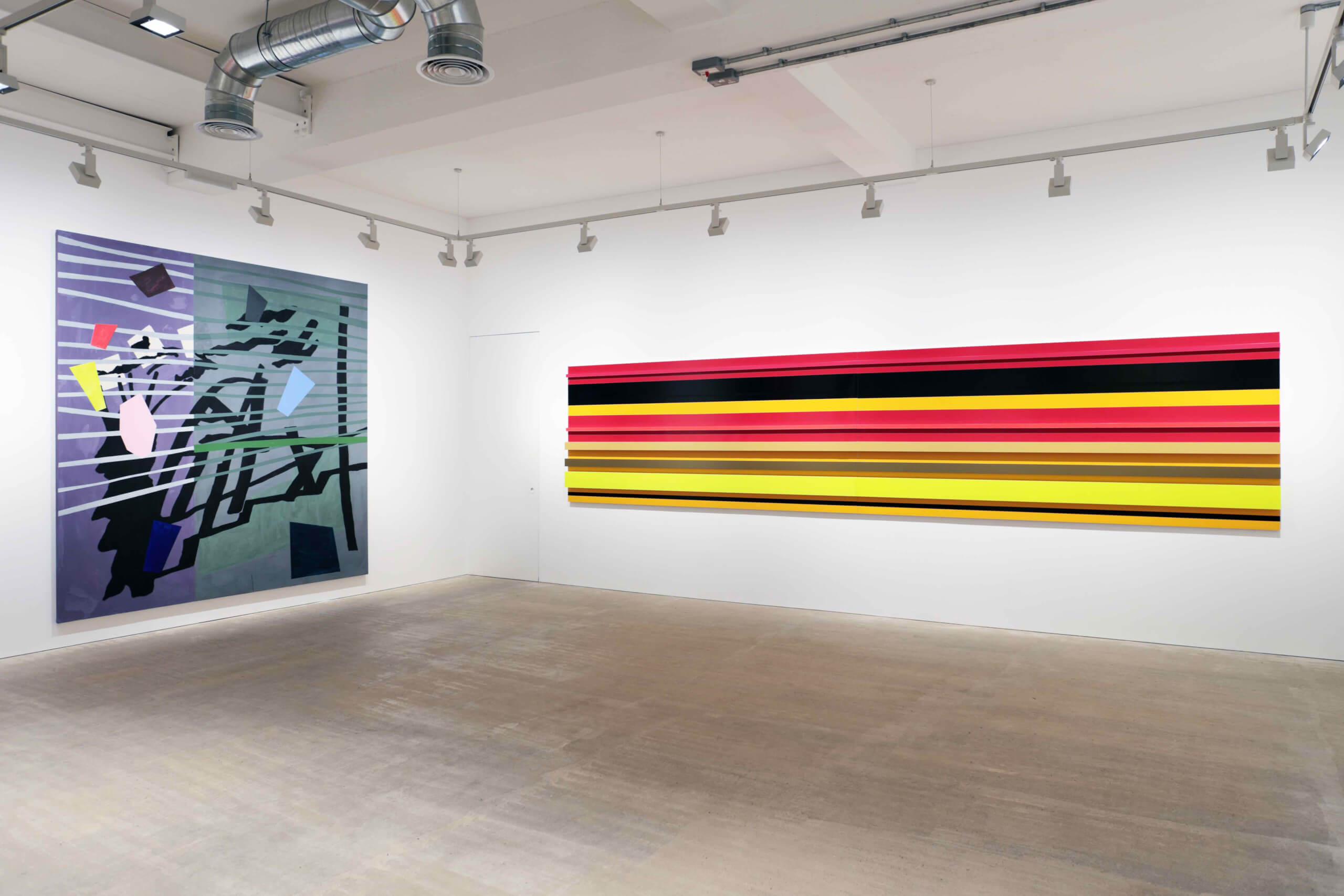 The Lowdown: Bruce McLean is one of Scotland’s big contemporary success stories. Now in his seventies, the artist has navigated a path beginning with youthful rebellion through to recognition and prestige. McLean’s latest show is aesthetic: a riot of brilliant colour and bold shape. It’s not particularly cutting edge, but it’s charming. With solo shows at Tate Modern and teaching positions at the Slade, McLean is truly bonafide; his art glitters with the confidence and playfulness of an artist who has nothing to prove.

When: A Hot Sunset and Shade Paintings runs until the 28th January 2017.

For African Art: South Africa: The Art of a Nation at The British Museum

The Lowdown: South Africa! A wonderful country of sunshine, safari, and rich cultural heritage. The British Museum is exploring 100,000 years of South African art, artefact, and pop culture in their star winter exhibition. The exhibition begins with early rock art, and works its way through golden treasures, jewellery, and anti-apartheid pieces before finishing with contemporary works such as the blinged out BMW above. It’s a wonderful exploration of humanity and what we can do with our hands, hearts, and minds.

When: South Africa: The Art of a Nation runs until the 26th February 2017.

For Elegance and Movement: Rodin and Dance: The Essence of Movement at The Courtauld Gallery 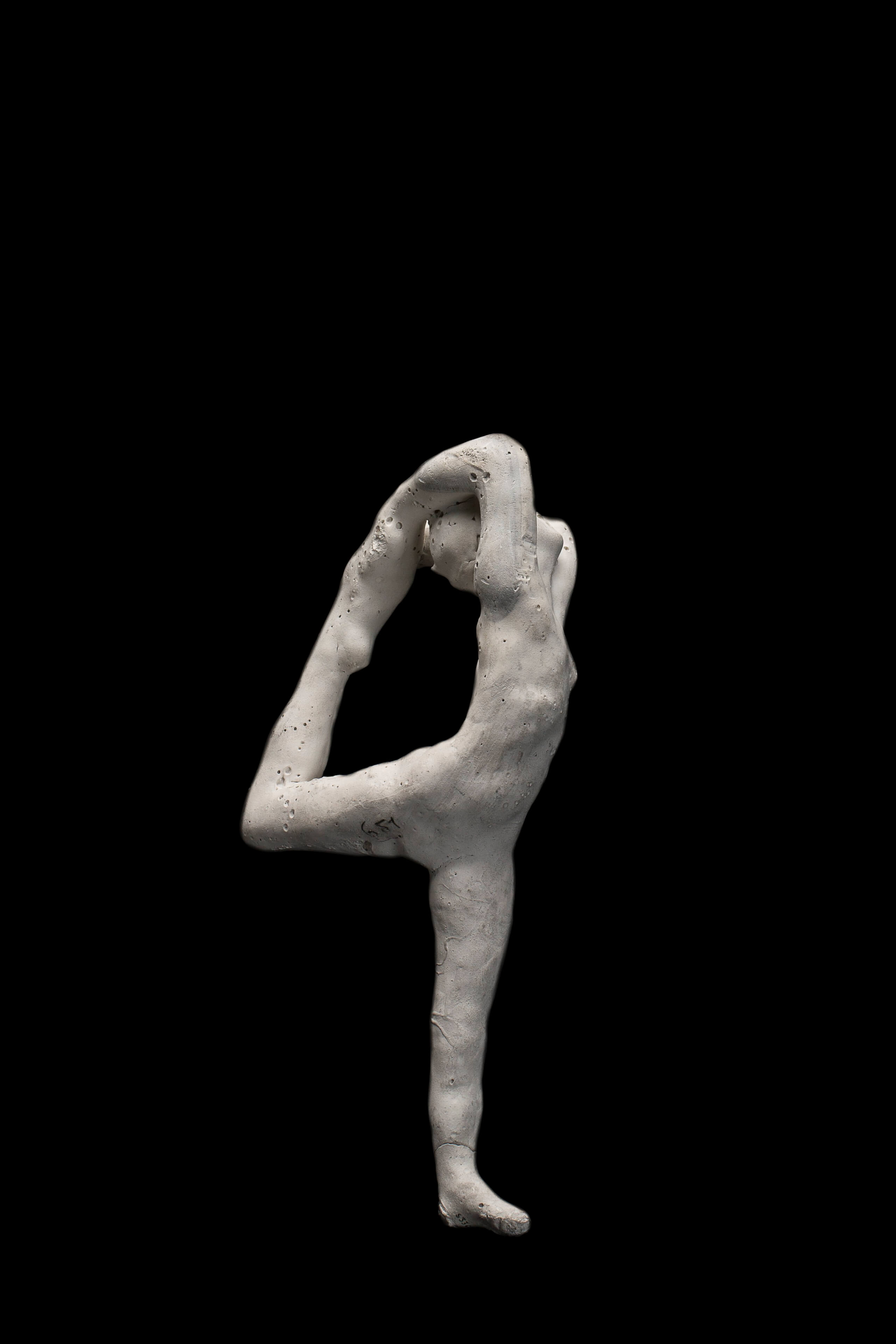 The Lowdown: Auguste Rodin was once considered France’s greatest artist, and remains one of the most resplendent jewels in their cultural crown. He’s probably best known for his sculpture, which caught movement and mood better than anything that preceded it. In his later years Rodin explored more deeply his love of dance; famously he painted the Cambodian Royal Dance Troupe. Completed rapidly, the paintings are dynamic and full of life. The Courtauld Gallery’s exquisite curation of sculpture, painting, and drawing celebrates Rodin’s love of movement and the eye with which he captured it.

When: Rodin and Dance: The Essence of Movement runs until 22nd January 2017.

Where: The Courtauld Gallery, The Strand, WC2R 0RN

For the Weird and Wonderful: Ken Price: A Survey of Sculptures and Drawings at Hauser & Wirth 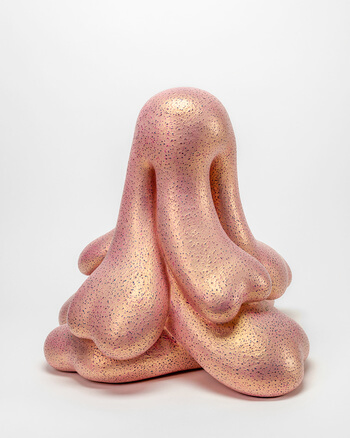 The Lowdown: Another great American artist, this substantial retrospective of the late Ken Price is the first exhibition of the artist’s work to be shown in London for 40 years. Price was famous for tip toeing the line between commercial and fine art; humour, erotica, and unusual material were all important parts of his repertoire. The exhibition displays paintings and drawings but most endearing are certainly the sculptures, inspired by American pottery and Japanese ceramics. Price was always funny, always thoughtful, and managed to be wacky without being crass, artistically accessible but not intellectually cheap. It’s a rare chance to see the little exhibited (In the UK) artist’s work.

When: Ken Price: A Survey of Sculptures and Drawings runs until 4th Febuary 2017.

To Make a Purchase: London Art Fair at the Business Design Centre 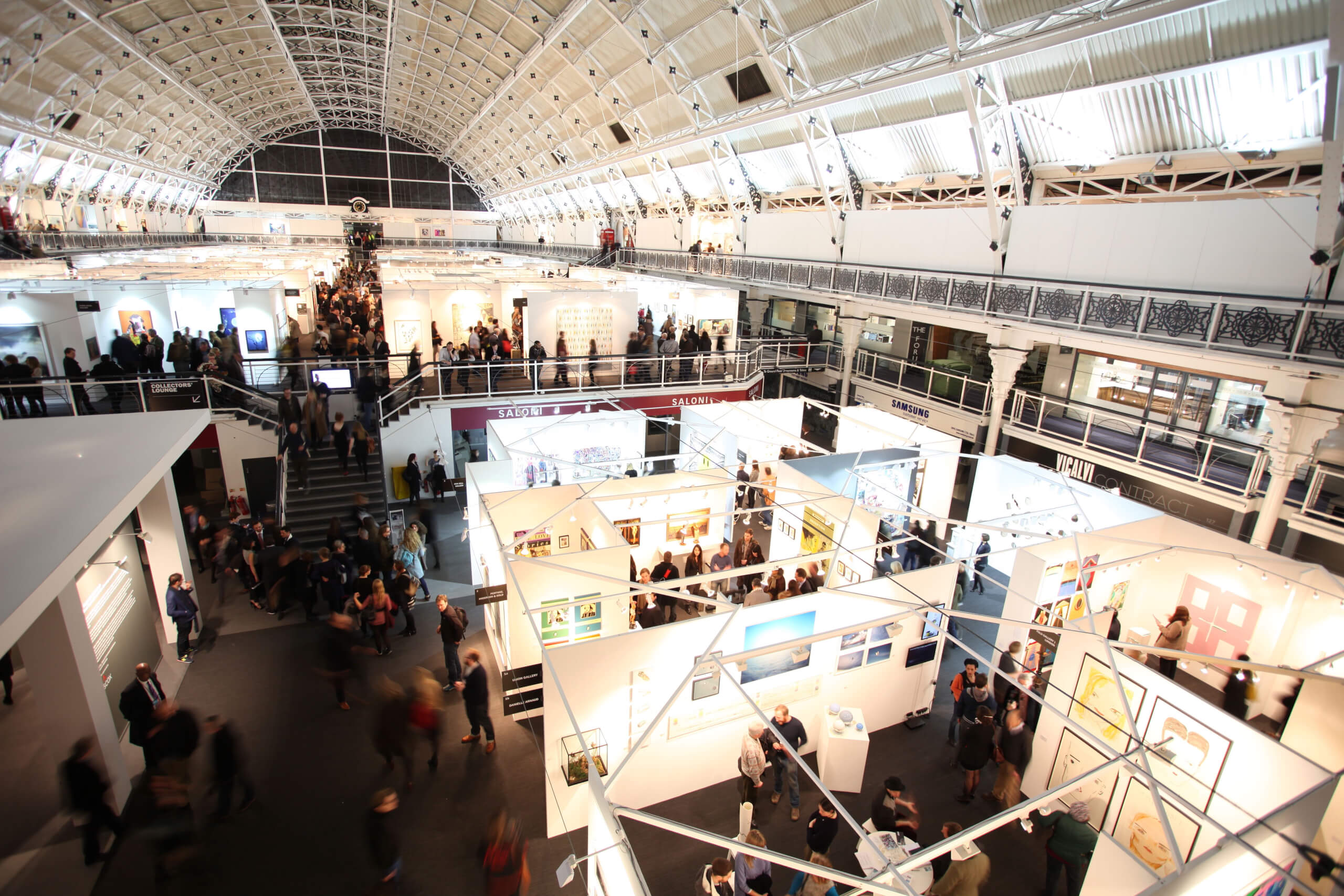 The Lowdown: While it’s perhaps not as prestigious as Frieze, the London Art Fair is still one of the country’s most serious art-buying events. It’s also a hell of a lot more accessible; you might actually be able to buy something. That’s not to say it doesn’t represent quality, with works to suit budgets both big and not-quite-so big. Artists from across the world are represented by esteemed galleries, and it offers a representative snapshot of what is selling on the market today.

If you’re thinking of making a purchase, the gallerists are friendly and approachable, and won’t mind chatting shop with you. You can also make use of the Own Art scheme that lets costs be divided into interest free instalments. There’s a champagne bar to deliberate over the possibilities, or rejoice in newly acquired masterpieces.

Where: Business Design Centre, 52 Upper Street, N1 0QH. Day tickets are from £15 when purchased in advance.