London / Culture / Art / Top 7: Things to Do in London This Weekend

Top 7: Things to Do in London This WeekendBy Alicia Grimshaw

From mural painting to a pasta masterclass, we’ve handpicked the best events the capital has to offer this weekend. Here’s some amazing things do in London this weekend – happy exploring, people:

1. For a Masterclass: Burro e Salvia 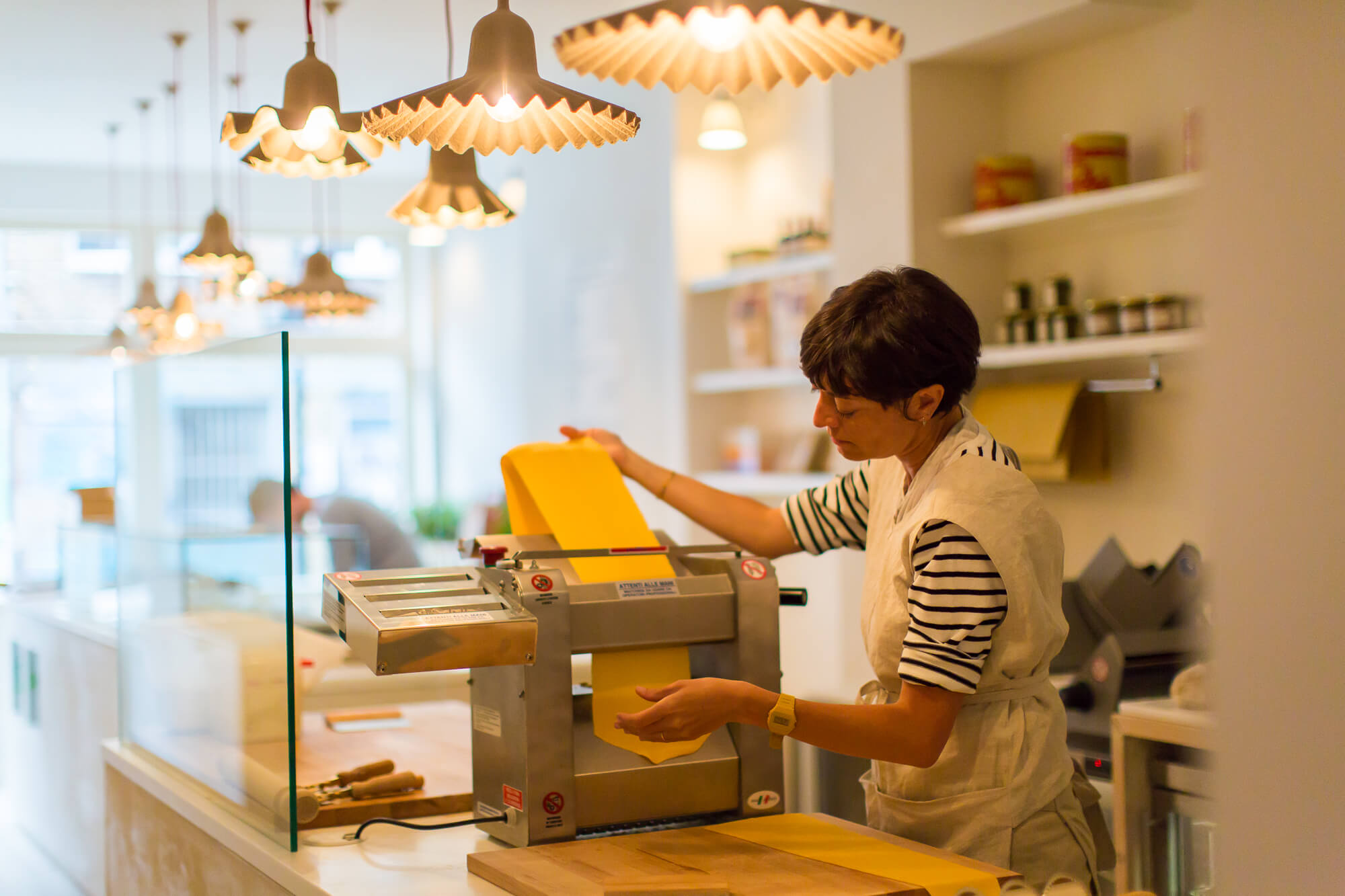 What: Burro e Salvia, London’s first authentic pastificio (pasta shop to us mere mortals), has announced its spring-summer pasta workshop series at both its Shoreditch and East Dulwich restaurants. Hosted by Burro e Salvia founder Gaia Enria, the hour and a half-long workshops run weekly and kick off this  Saturday. Come and become an expert at making simple egg pasta, filled egg pasta and semolina pasta. 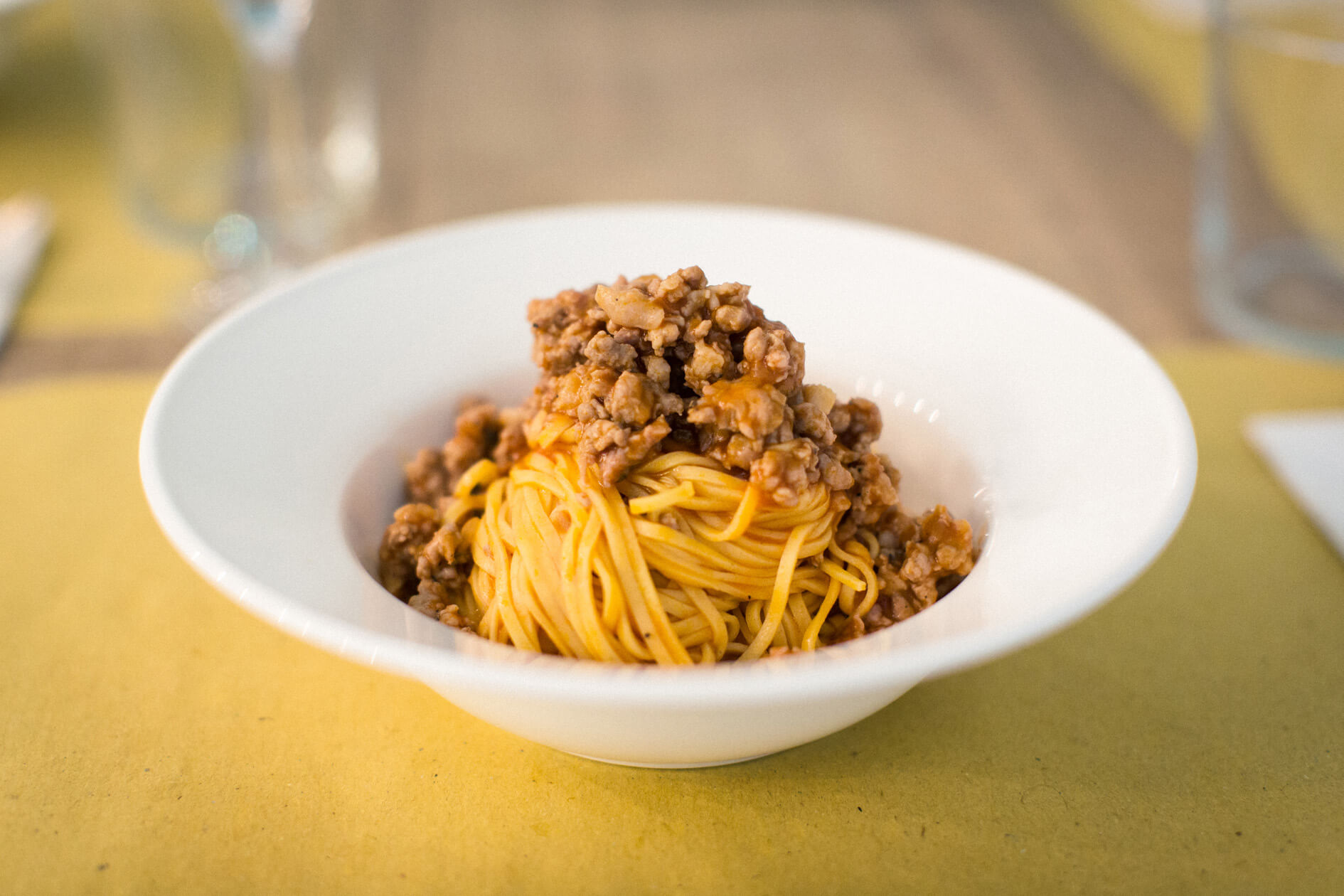 Why: Gaia and her skilled team will guide you step-by-step through how to make their own versions of the pasta shape designs available in the shops. All of the pasta made can then be taken home to enjoy after the session. The weekly workshops unveil the secret of what makes great tagliatelle, or show how to fold a plin, cardinale, tortellone or cappelletto (just a few of the many names Italians give to their pasta according to the region and filling). What can we say, we just really want to make some ravioli.

2. For a Shindig: Holi Festival with Dishoom 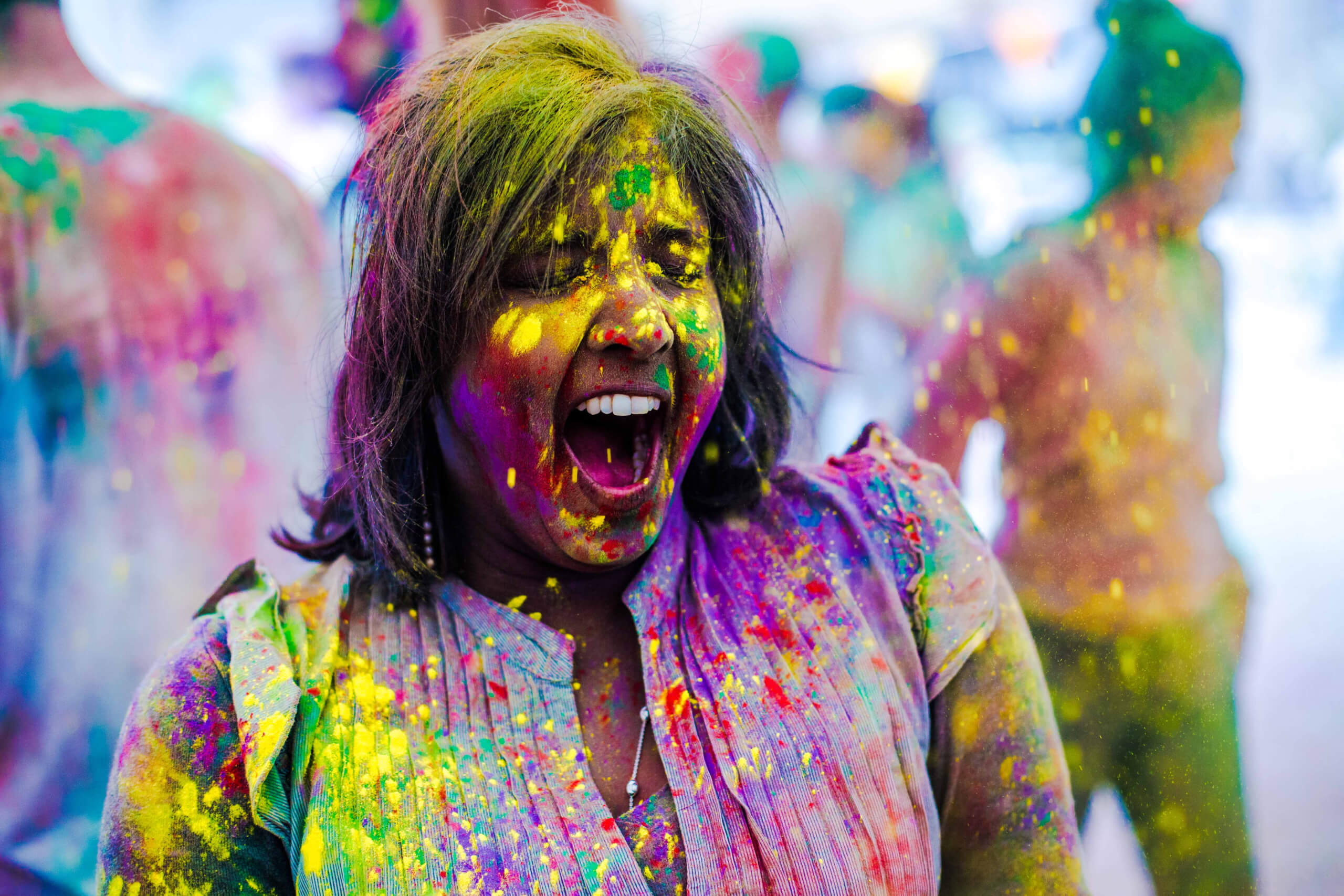 What: Dishoom has been bringing a proper Holi celebration to London since 2012, with their one-of-a-kind Holi parties. At each event, hundreds of people of all ages and backgrounds have come together to play Holi. And with each year, the party has become bigger, barmier and more legendary (last year’s event sold out in minutes). The Dishoom team want as many people as possible to join in with the unique spirit of Holi. So, this year’s event will be their biggest and most exciting celebration yet.

Why: Dishoom have teamed up with the people who helped them to bring to life, the Dishoom Chowpatty Beach Southbank pop-up (RIP) to put together an extra-special event. So, this year Play Holi with Dishoom will be  double the fun with TWO parties held back-to-back on Sunday 10th April, in a beautiful and historic East London boxing hall: York Hall, Bethnal Green. The daytime event from 12pm-3pm suitable for children and adults features  a great line-up of music, fantastic food from street food vendors, family-friendly entertainment, and of course includes plenty of colourful play with gulal.  The evening event kicks off at 6pm – there’s a DJ, live band, a selection of Dishoom tipples, and a backyard street food market. 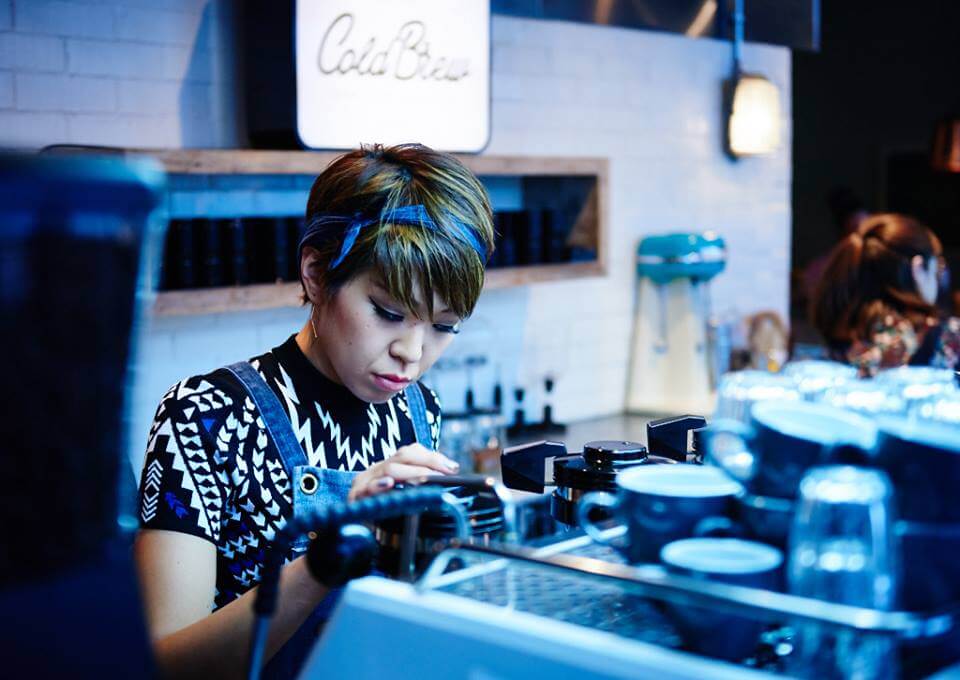 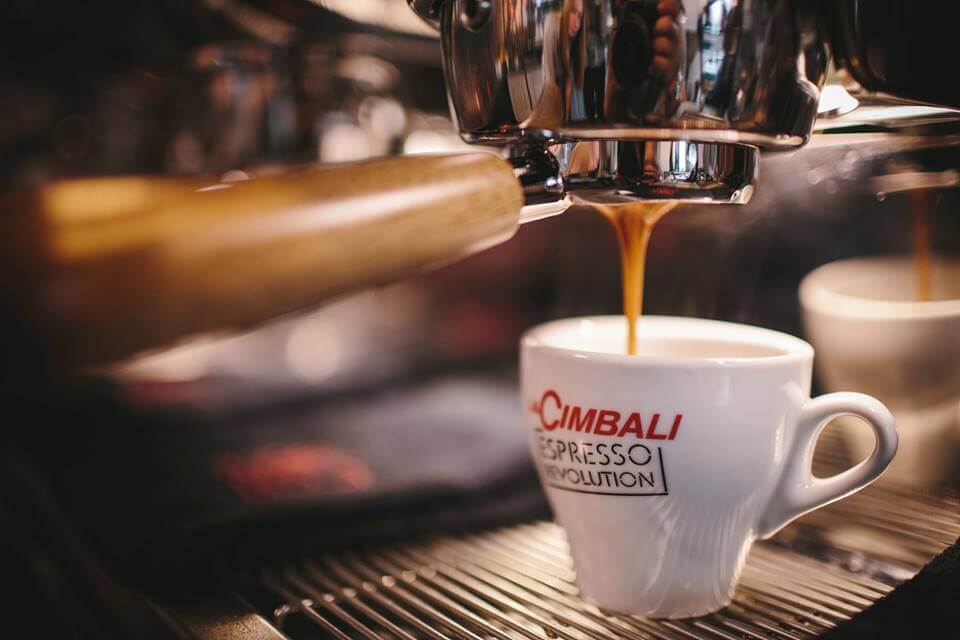 Why: From live artisan roasting and global coffee competitions, to design, music, fashion and artistry, the festival has all the ingredients needed for an educational and entertaining weekend. The festival features over 250 artisan coffee and gourmet food stalls including Artisan Coffee School, Brewed By Hand, Caravan Coffee Roasters, Fudge Kitchen, Rebel Kitchen (who have created the first coffee coconut yogurt), and Union Hand-Roasted Coffee to name just a few. There’s tons going on – an Espresso Martini Party headlined by DJ Yoda, a coffee food pairing experience, a new milk bar and School of Chocolate. Pop down and taste the finest coffee in all the land. 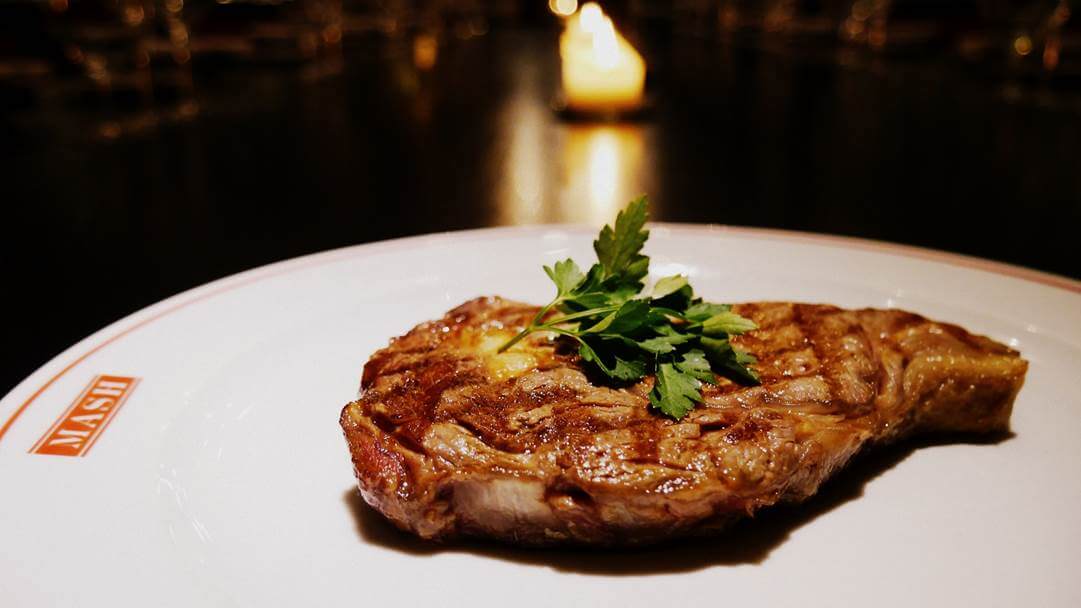 What: It’s a cut that’s known for its flavour and fat, but one ribeye is not the same as another. From the traditional green pastures of Scotland, to the grain-fed cattle of new kids on the steak block, Uruguay, to gamey, dry-aged meat from Denmark, each cut offers an entirely different experience. MASH have developed this new menu to celebrate the differences between three of their most popular rib eye steaks. At 2 courses for £38 or 3 for £48, with both options including a glass of sparkling wine. It’s a no-brainer excuse to hunker down and try something new. 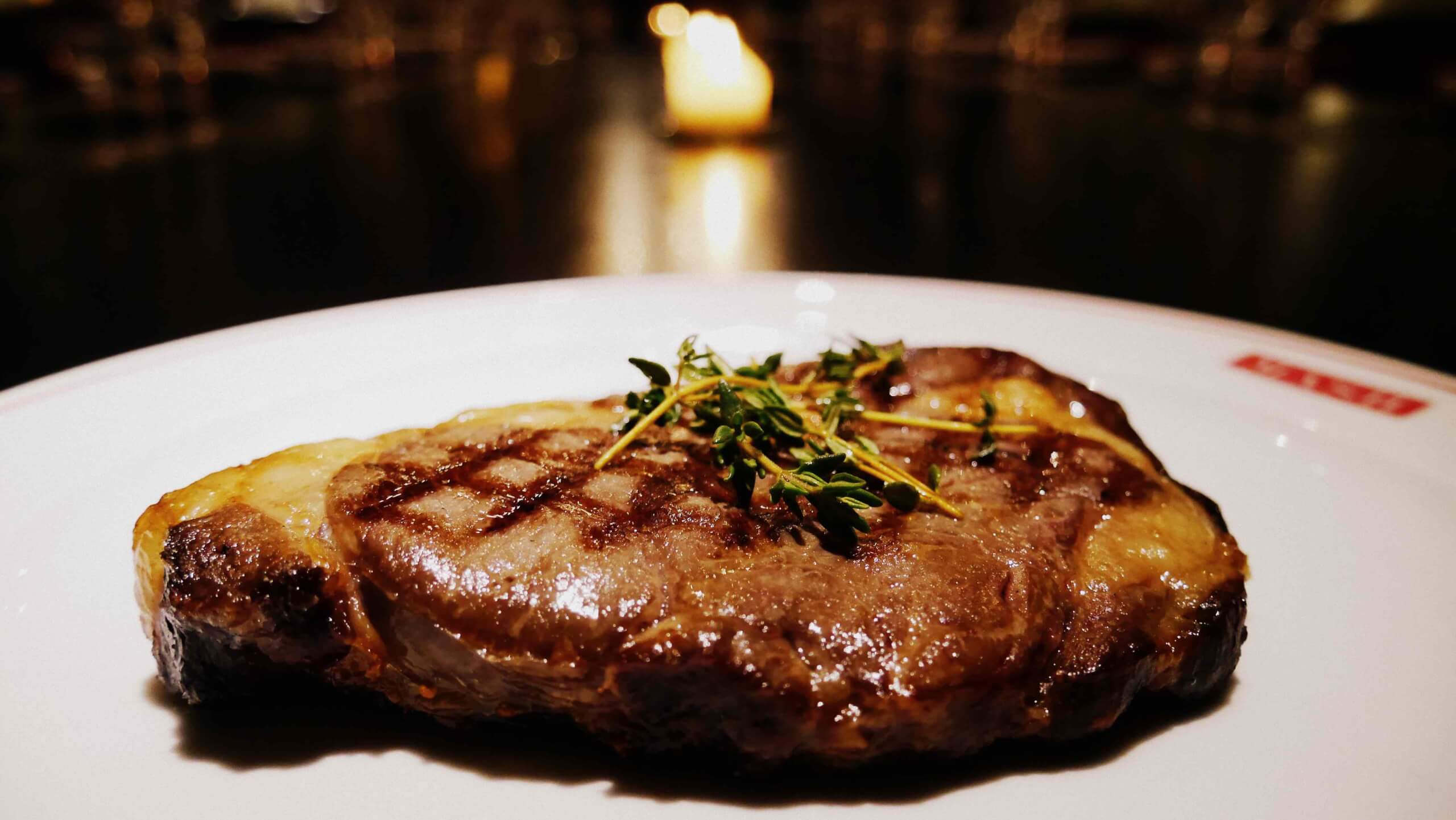 Why: The idea: to get everyone trying different steaks, sharing with their companions and discovering exactly what makes a ribeye beyond a bowl of fries and some béarnaise sauce. Each piece has its own story and each one shines in its own special way. The Ribeye Fest menu includes a choice of starters; a charcuterie, scallop carpaccio or the MASH salad. For the main course – it’s a battle of the beef with the Scottish Ribeye, Danish Ribeye and Uruguay Ribeye. Order the cheesecake to round off the meal on a sweet note. There will be a poll hosted on the MASH website, where guests are encouraged to vote for their favourite steak. The menu will run from Sunday (10th April) until the  10th May, at which point MASH will announce the winning ribeye.

5. For Art: Mural Painting by ENDANGERED 13 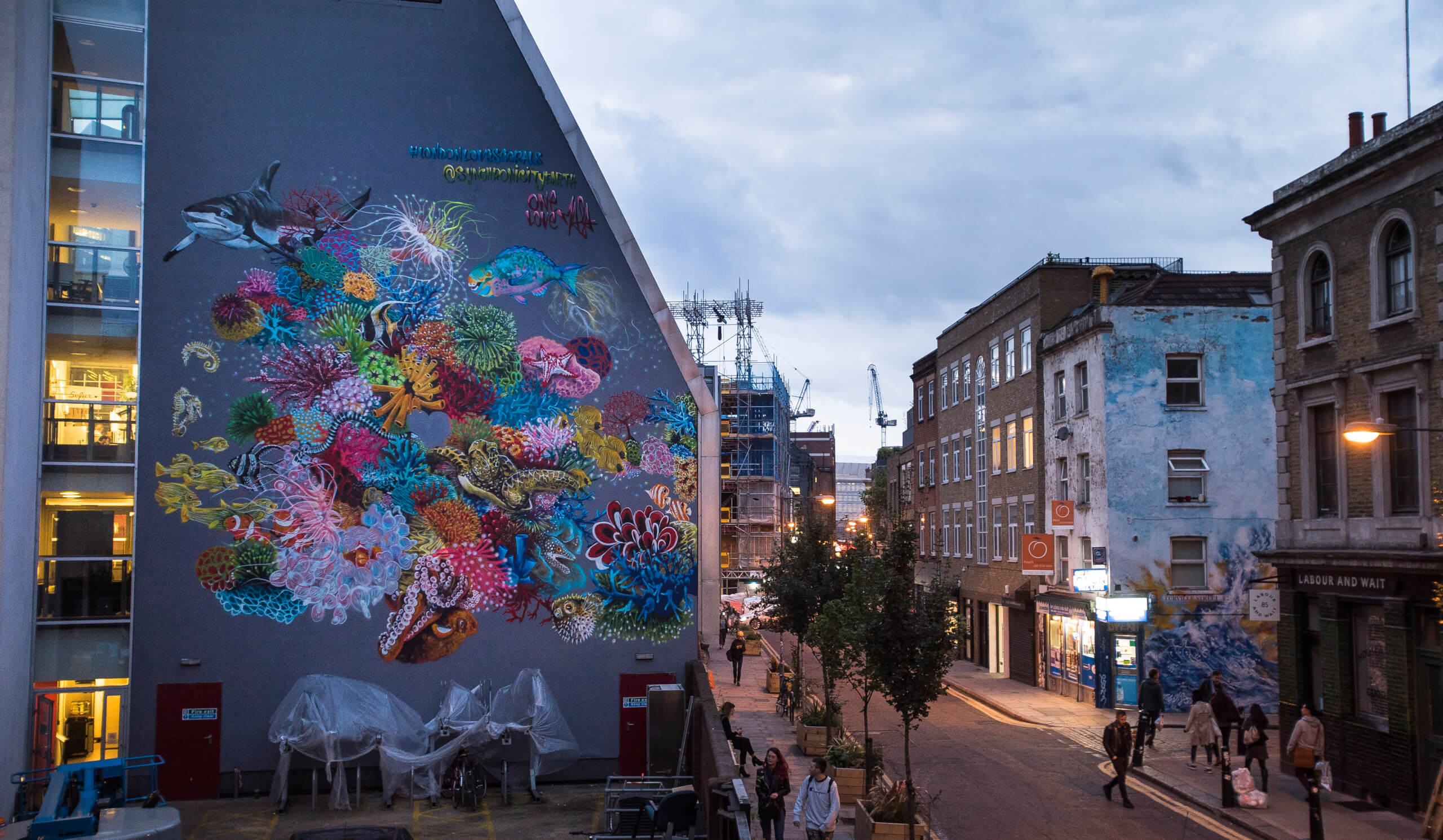 What: ENDANGERED 13 is a curated mural project to raise awareness of endangered species, with their panting event happening Sunday from midday onwards. Produced by artist Louis Masai and Human Nature, the environmental art platform, 13 artists will take on a 120 metre stretch of railway arches in Tower Hamlets, London; painting murals and creating a miniature sculpture trail. 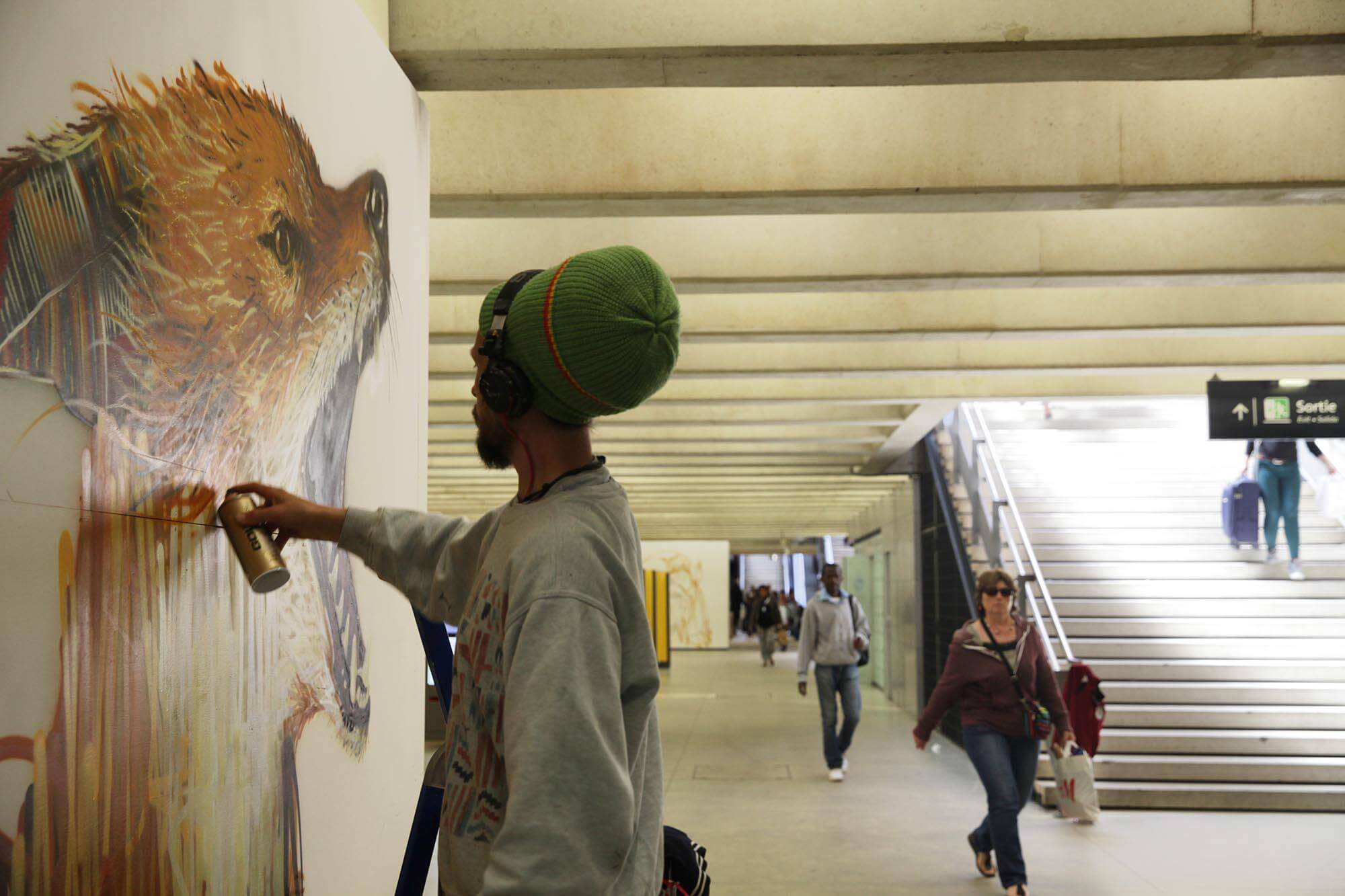 Why: The murals will be of threatened species from across the globe including a Curlew, orangutan, rhino, blue whale, bateleur, polar bear, grey-breasted parakeet, boeseman’s rainbow fish, hummingbirds, elephant, tiger, bees and the coral reef. The event opens at 4pm with a talk and open Q&A by Louis Masai, Charlotte Webster of Human Nature and Kenneth Greenway, from Friends of Tower Hamlets Cemetery Park. After the event a website will be launched by Human Nature to provide more information on the threat to each species and how people can act help local conservation efforts. 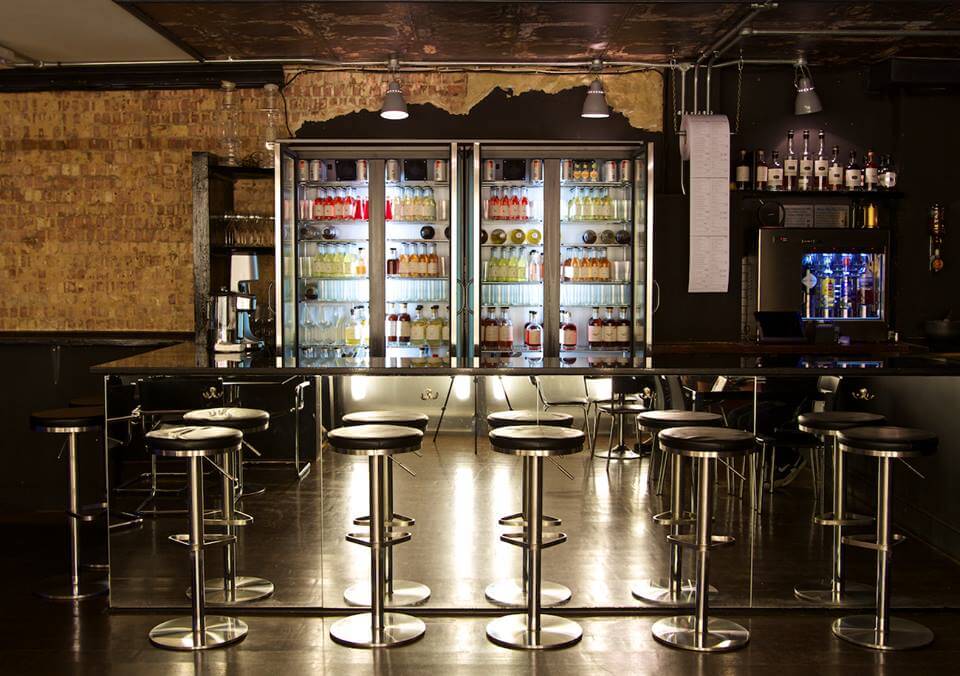 What: To celebrate the launch of White Lyan’s revolutionary new ‘wine’ offering, the team behind the award-winning bar from Ryan Chetiyawardana are hosting their first ever pop-up, aptly titled,  Lyan Cellars. Opening this Sunday, the chaps have transformed the space into a wine bar and bottle shop by night,where everyone can sip on  White Lyan’s innovative ‘wine’ by the glass or bottle, whilst enjoying equally as groundbreaking food from Doug McMaster of Brighton restaurant Silo. 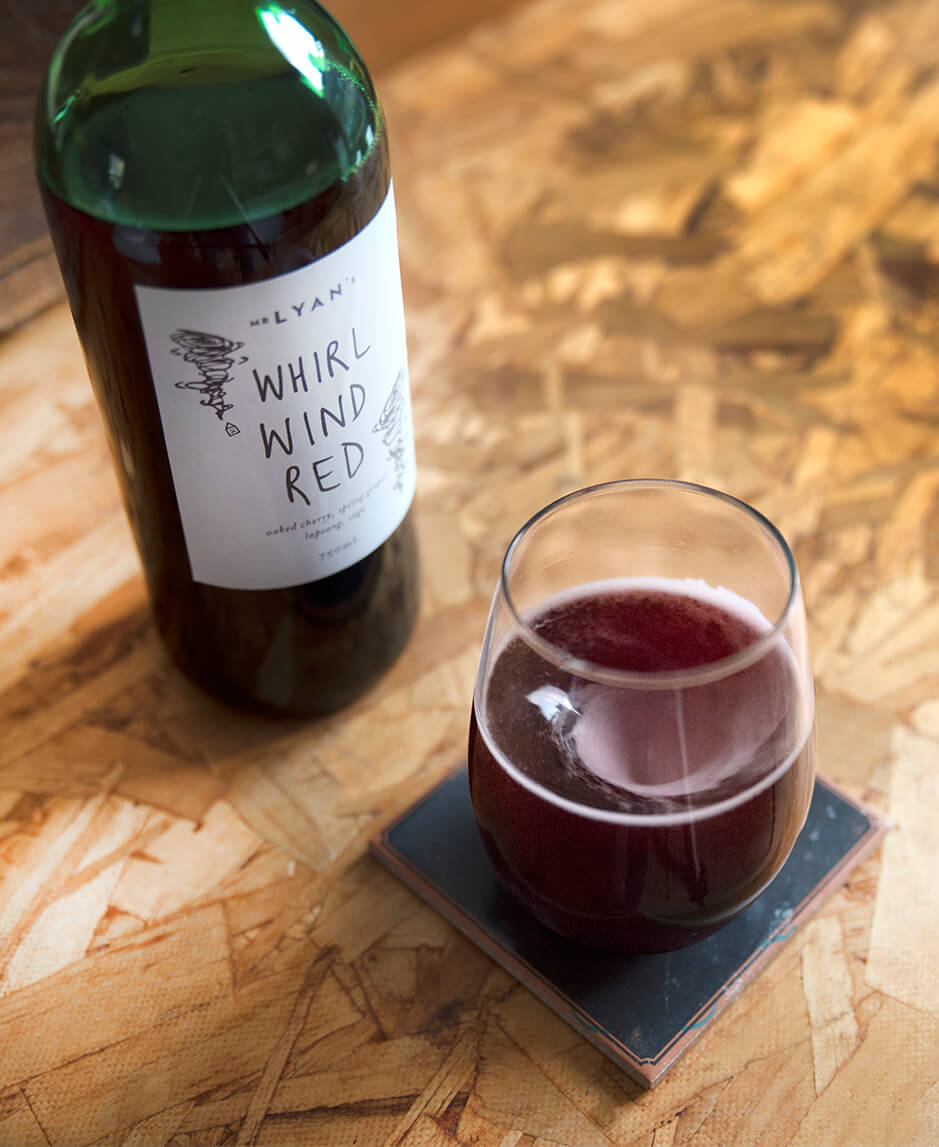 Why: The first cocktail bar to create such an offering, the White Lyan ‘wines’ are made on-site and from ingredients you wouldn’t normally see utilised in the wine making process. Rather than using grapes, the ‘wines’ have been created by taking the flavour profile of wine and deconstructing it, to then rebuild it in a different way. Elements tasted on the palate when drinking wine – cherry, apricot, lemon, apple – have all been used as ingredients and put through a controlled fermentation process to create a drink which tastes like wine.  Be sure to order a glass of the Whirlwind Red, made with Oaked cherry, spring grapes, lapsang and sage. It’s a corker. No pun intended.

7. For Books and Film: Waterstones x The Bluestocking Club 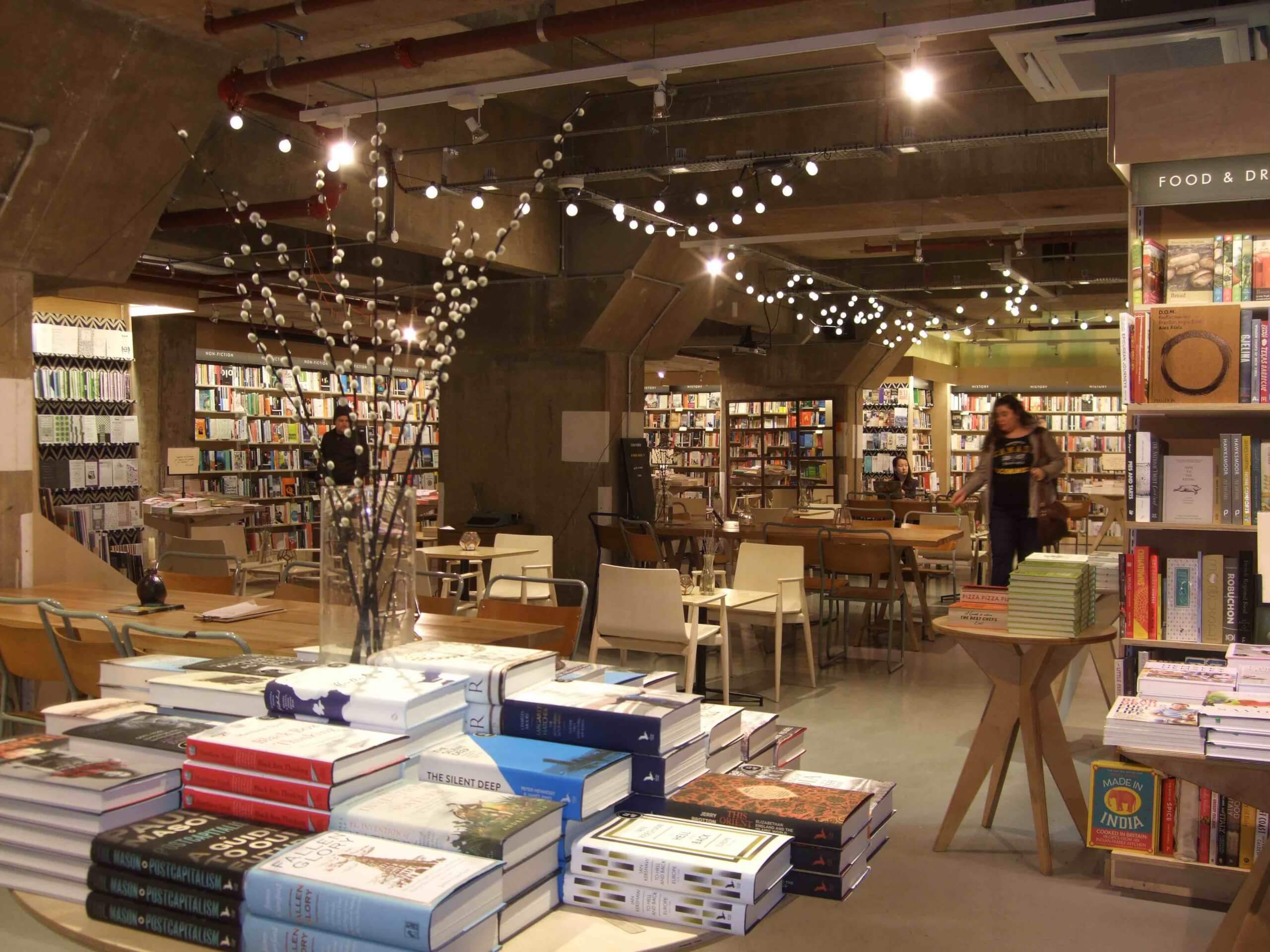 What: Waterstones Tottenham Court Road will launch its film screenings in collaboration with The Bluestocking Club on Sunday 10 April, the start of London Book and Screen Week. Inspired by the original Bluestockings of the eighteenth century, The Bluestocking Club merges book and film club with a programme of thought-provoking literary adaptations from period drama to film noir to sci-fi. 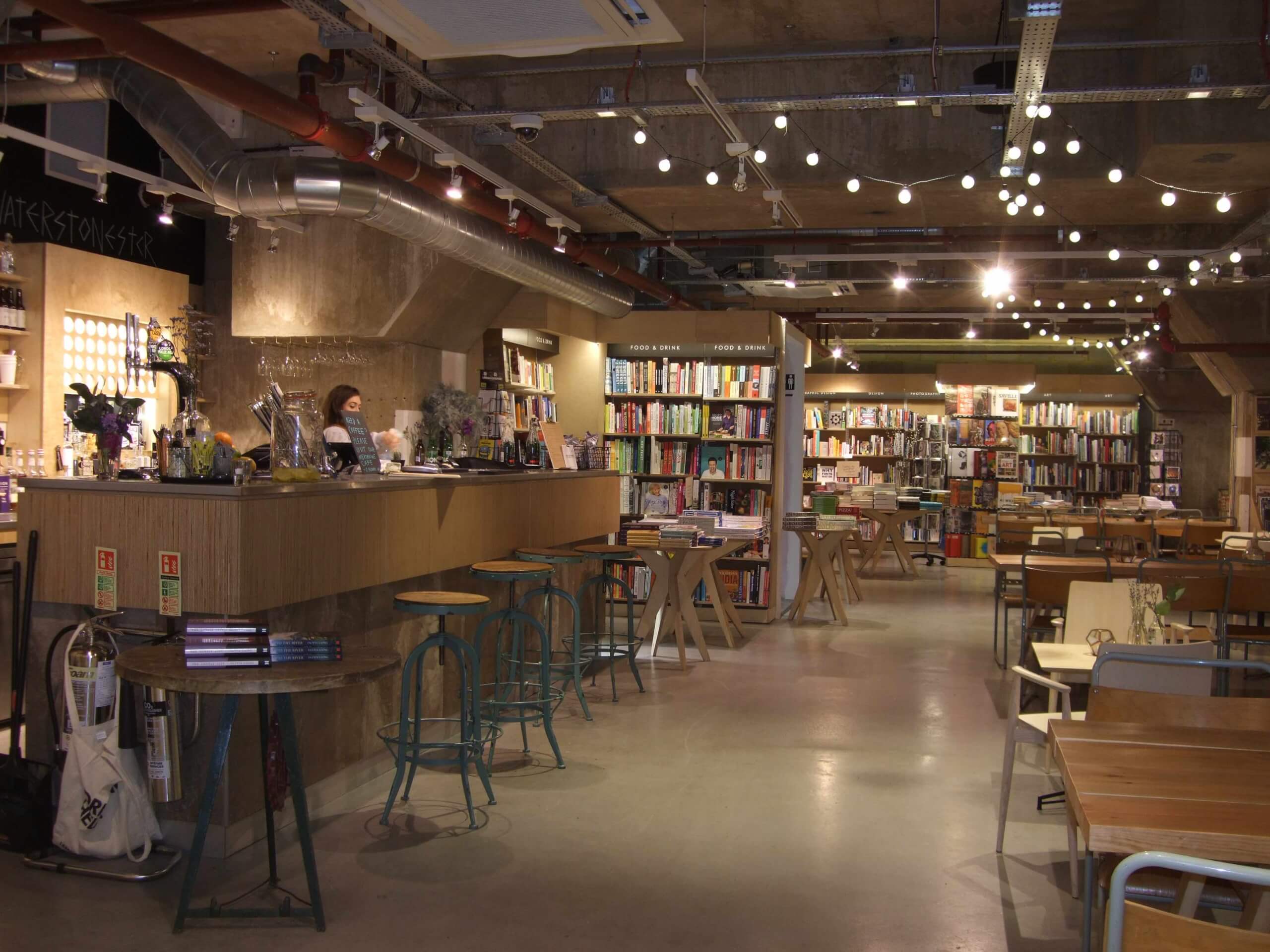 Why: Steering clear of recent adaptations, Channel 5 re-runs or Netflix favourites, the monthly club in the basement of the newly opened bookshop will show English and foreign language films ranging from forgotten classics like Otto Preminger’s Bonjour Tristesse starring David Niven, Deborah Kerr and Juliette Gréco to old favourites such as Trevor Nunn’s Twelfth Night starring Imogen Stubbs and Helena Bonham-Carter. Whether or not the book is better than the film or vice versa, each one will be selected for its talkability and/or interesting backstory. Along with brunch-style snacks and a literary-themed cocktail from the excellent bar staff at Waterstones TCR, there will be plenty of stimulation to ensure free-flowing discussion post-screening. Tickets cost a fiver and includes a glass of wine – if that’s not a bargain, then I don’t know what it. Tickets here.