Week Guide: Top Things To Do In London This Week 04/02/2020By Francesca Brooking

Looking for things to do in London this week? Our most up-to-date week guide is here and it’s jam-packed with exciting and unmissable events right across the city. This week’s highlights include a live recording of the popular entrepreneurial podcast, Secret Leaders featuring Anne-Marie Huby and Alaine de Botton. CAN Festival of British Chinese arts is back for a second year with a full programme of live sellout shows and exhibitions and Wing Shack Clerkenwell are giving away free (yes, that’s right, free!) chicken wings to the first 100 people through their doors. Here’s what’s on in London this week:

1. For a Live Debate: Secret Leaders ‘For Profit, For Good’ 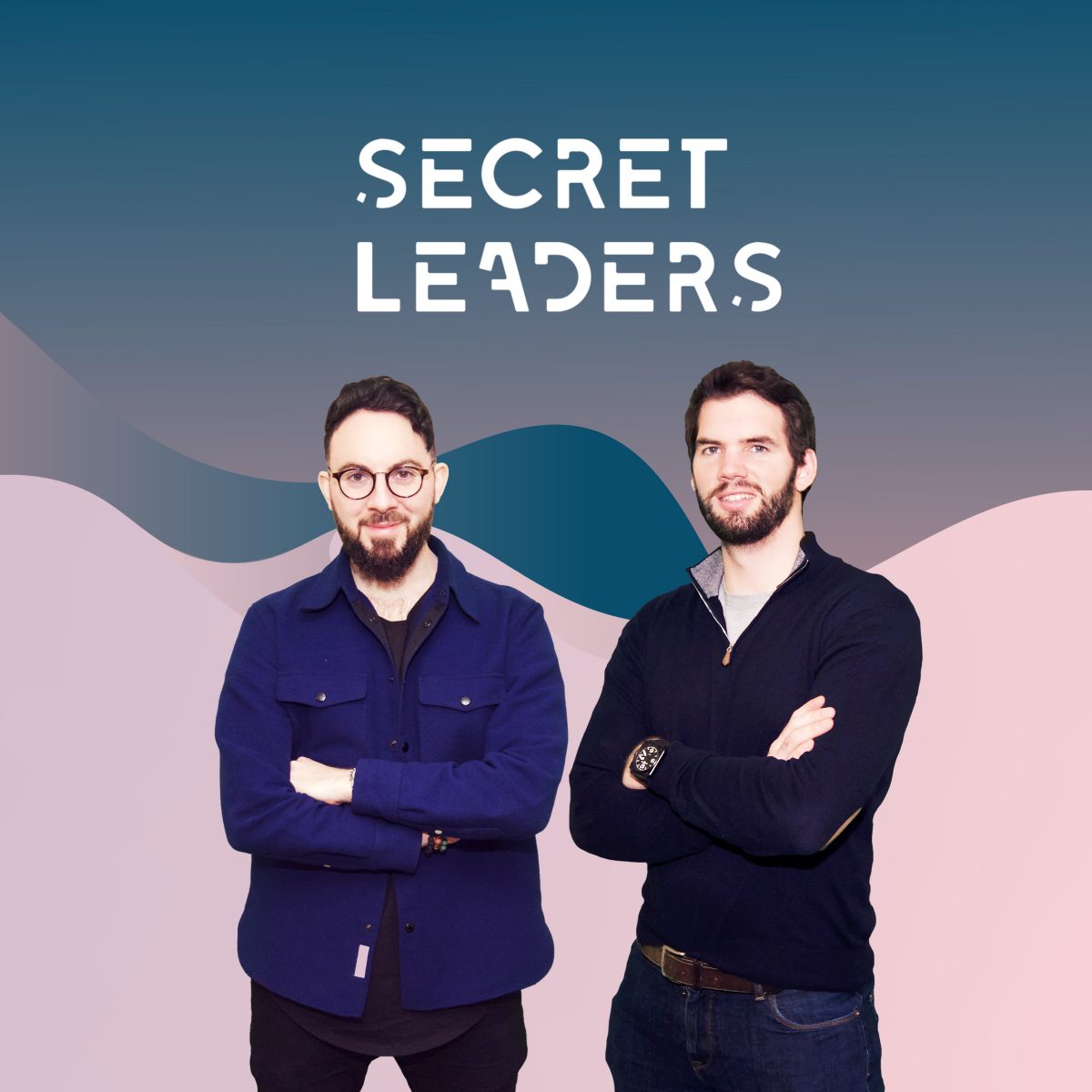 What: This evening, 4th February from 6:30 pm to 8:30 pm, one of the most popular entrepreneurial podcasts, Secret Leaders will be hosting their first-ever event called ‘For Profit, For Good’ and we think it’s one of the most exciting things to do in London this week!

Why: ‘For Profit, For Good’ will be a live recording featuring a debate onstage with Anne-Marie Huby, Co-Founder of JustGiving, the worlds first and largest funding platform for donating to causes, and Alain De Botton, founder of The School of Life and acclaimed writer and philosopher. They will be discussing the various ways in which for-profit, for-good businesses have a greater lasting impact on society than traditional charities. Season 4 of Secret Leaders will also feature interviews with founders of Deliveroo, Shazam, Mumsnet, Moonpig, Photobox, Jo Malone and many more. Secret Leaders season 4 will run with 15 episodes through to March 2020. If you don’t make the event or want to catch up on any episodes you have missed, you can listen to the podcast on Apple Podcasts, Spotify, Google Podcasts and all other major podcast listening platforms.

Price: Tickets are £20.00 per person and you can book them here.

2. For a Taste of Authentic Greek Cuisines: The Real Greek 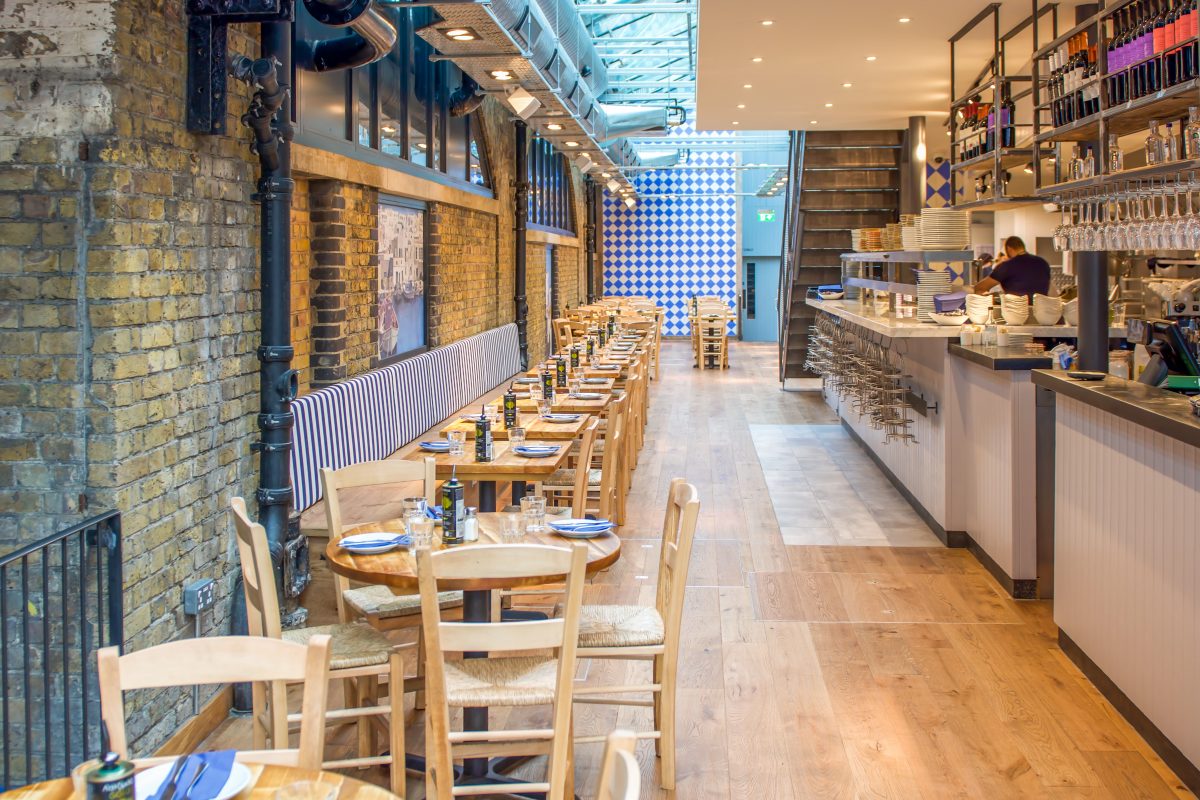 What: On Wednesday 5th February from 6:00 pm, The Real Greek, the UK’s only group of authentic Greek restaurants, will host an exciting multi-course Greek tasting journey to celebrate their new flagship venue in Tower Bridge.

Why: For one night only, diners will be treated to an exclusive menu that celebrates the very best of Greek cuisine. Flying in to mark the occasion are Father Epiphanios, a celebrated Greek monk, chef, author and winemaker, alongside Greece’s leading chefs from the acclaimed Athenian restaurant, Cookoovaya. Father Epiphanios is one of the best-known religious figures in Greece. He is a talented cook and an ambassador for local produce. His book, ‘The Cuisine of the Holy Mountains of Athos’ is an international best-seller. He is also an expert winemaker and a number of his best vintages will be available to try on the night. Cookoovaya is a critically acclaimed restaurant in the heart of Athens. Known for its rustic Greek cooking, it was founded by a collective of multi-awarded, nationally-renowned chefs, Manos Zournatzis, Periklis Koskinas, Spiros Liakos and Vagelis Liakos, who will also be cooking up an authentic feast at The Real Greek.

Price: Tickets are £50.00 per person, email promotions@therealgreek.com to buy.

3. For a Festival of Culture: CAN Festival 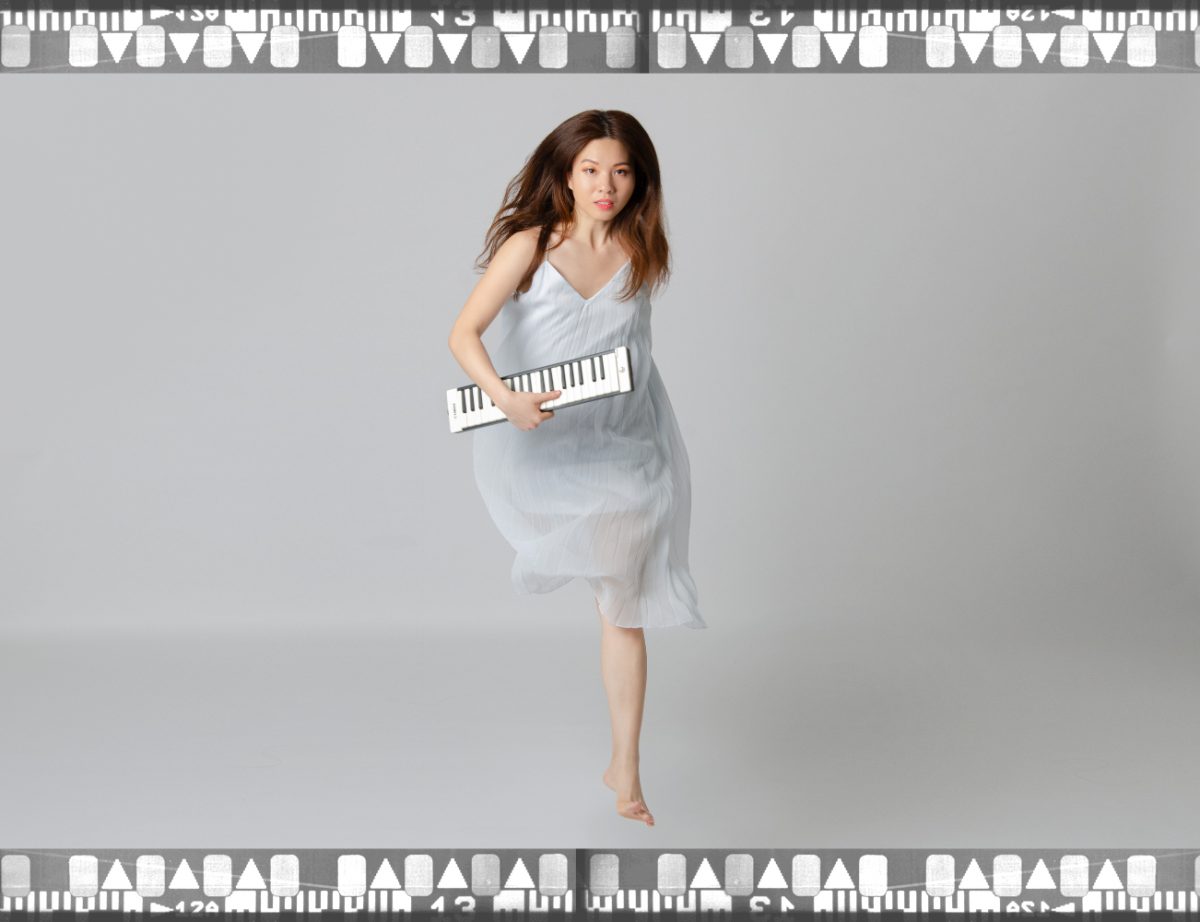 What: From now until 23rd February, London will be playing host to CAN Festival, the festival of British Chinese art. Guests are invited to explore a whole host of interactive events and art shows in venues across the city.

Why: CAN Festival returns for its second year in the capital, bringing with it theatre, music, dance, comedy, circus and more. Boasting a packed programme of unmissable events, the festival will be bringing to life the very best of British Chinese art. Some highlights include site-specific works Augmented Chinatown 2.0, an augmented reality tour around Chinatown using smartphones; and Overheard which takes place in a Chinese restaurant. For music events, Triptych and Coalesce clash contemporary with classical music from the East and West, with Chinese percussion meeting grime and Classical Chinese music fusing with DJing. For comedy, Comedian Nigel Ng will be performing his Best Newcomer Award-nominated show ‘Culture Shocked’. CAN Festival is one of our top unmissable things to do in London this week. 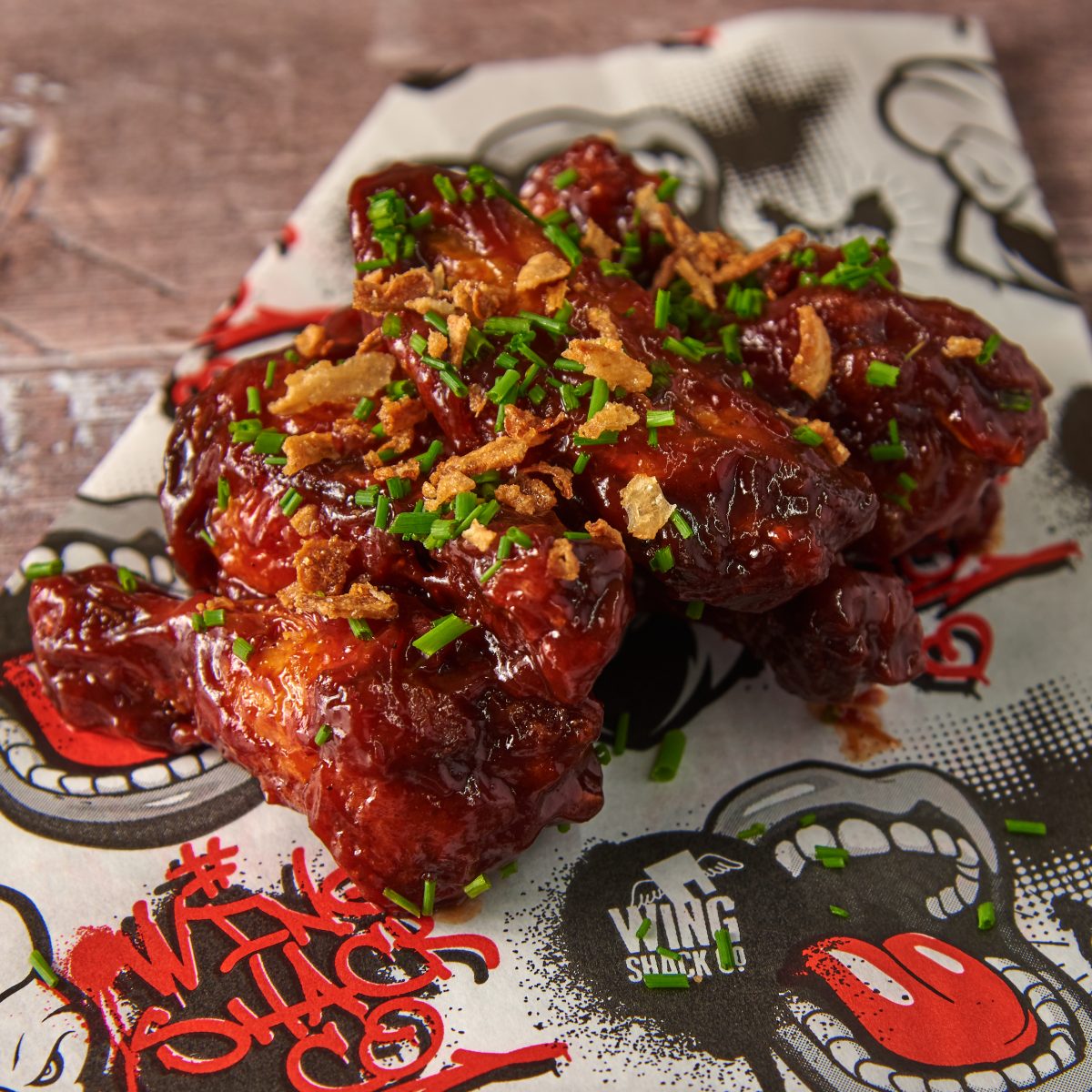 What: Chicken wing lovers rejoice! Wing Shack Clerkenwell are giving away free wings from 6:00 pm to 8:00 pm on Friday 7th February to the first 100 people through their doors.

Why: If you want to get your hands on some free chicken wings to kick-start the weekend then all you need to do is rock up at Wing Shack Clernkenwell this Friday. Before you do, make sure you visit Wing Shack’s website here and sign up to their newsletter. Every lucky one of the 100 will receive 6 wing pieces free. Drinks are not available in the deal but they can be purchased as part of the standard menu. It’s walk-in only so make sure you get there early to beat the queues!

Price: FREE for the first 100! Redeem via the website here.

5. For a Musical Screening: Kinky Boots The Musical 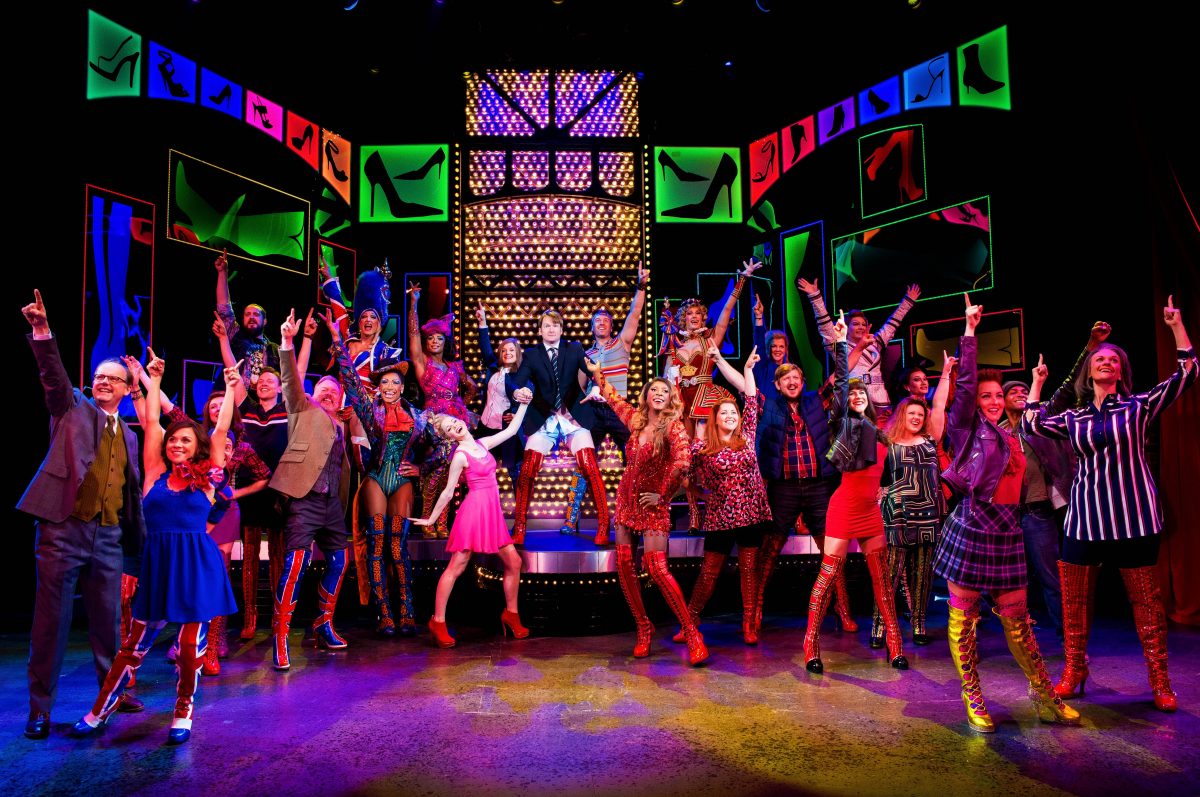 What: Today, 4th February and Sunday 9th February, the critically acclaimed Kinky Boots The Musical and the winner of every Best Musical award will be broadcast in nearly 700 cinemas across the UK and Ireland.

Why: Find your nearest screening in the link below to get your fix of one of the best feel-good musicals ever produced. Enjoy songs from the Grammy and Tony award-winning pop icon Cyndi Lauper, book by legendary Broadway playwright Harvey Fierstein (La Cage Aux Folles) and direction and choreography by Jerry Mitchell (Legally Blonde, Hairspray). Kinky Boots The Musical stars the original leading actors from the West End production, Matt Henry and Killian Donnelly. Since its opening, Kinky Boots stage show has won three Olivier Awards in 2016 for Best New Musical, Best Costume Design and Best Actor in a Musical. Kinky Boots also won the BBC Radio 2 Audience Award for Best Musical. It’s one of our favourite things to do in London this week.

Where: Find your nearest screening here.

6. For Families: Bread Ahead Baking Workshops 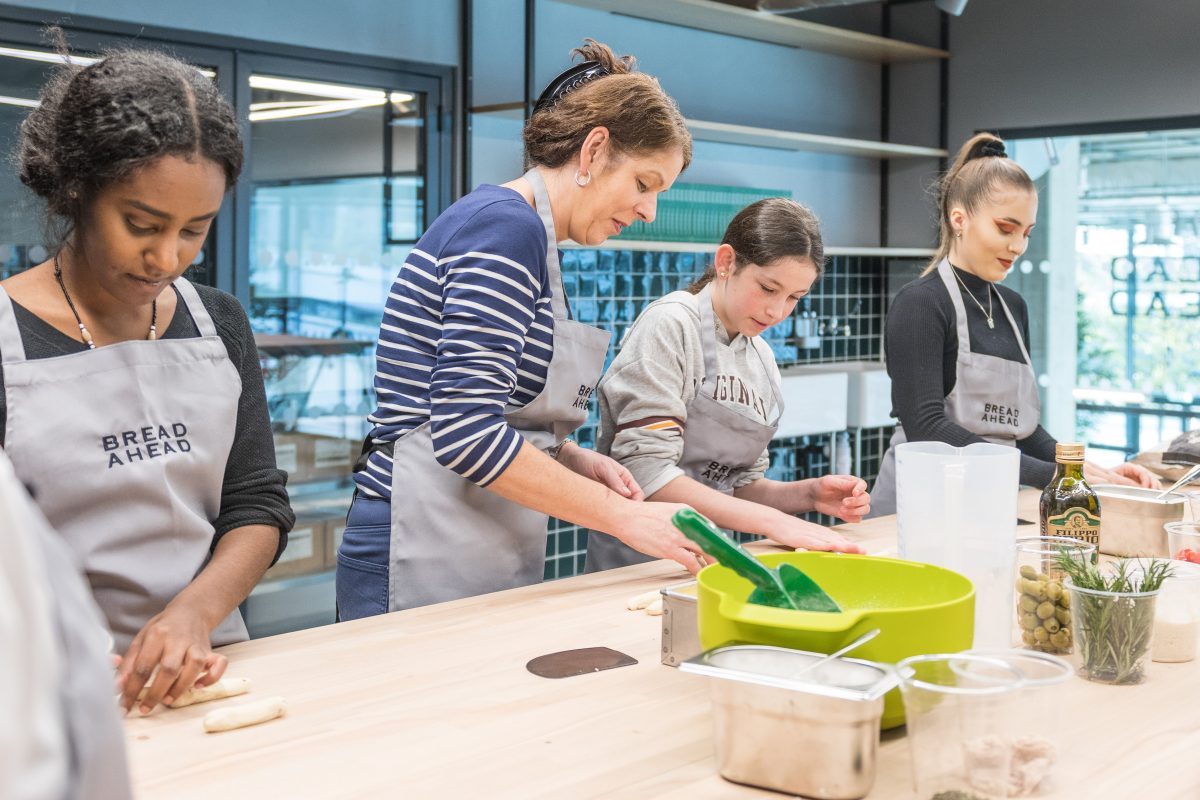 What: Bread Ahead Wembley have launched a series of family baking workshops throughout February and March.

Why: To celebrate Valentine’s Day, Bread Ahead are inviting families to come along and bake stained glass biscuits. These family workshops will be running on Saturday 8th and Saturday 22nd February. During the class, the children will be cutting beautiful heart-shaped shortbread biscuits and decorating them with boiled sweets to make edible stained-glass treats. Next up, on Saturday 7th and Saturday 21st March, the workshops will be centred around soda bread. Families will be invited to bake classic soda bread in honour of St Patrick’s Day. The children will knead, shape and bake loaves with the support of their parents. The Bread Ahead team will also demonstrate the science behind this unleavened bread so you can bake your own at home.

Price: Tickets are priced at £25.00 per person for a 90-minute class. One adult goes free for each child booked. Visit the website here to book. 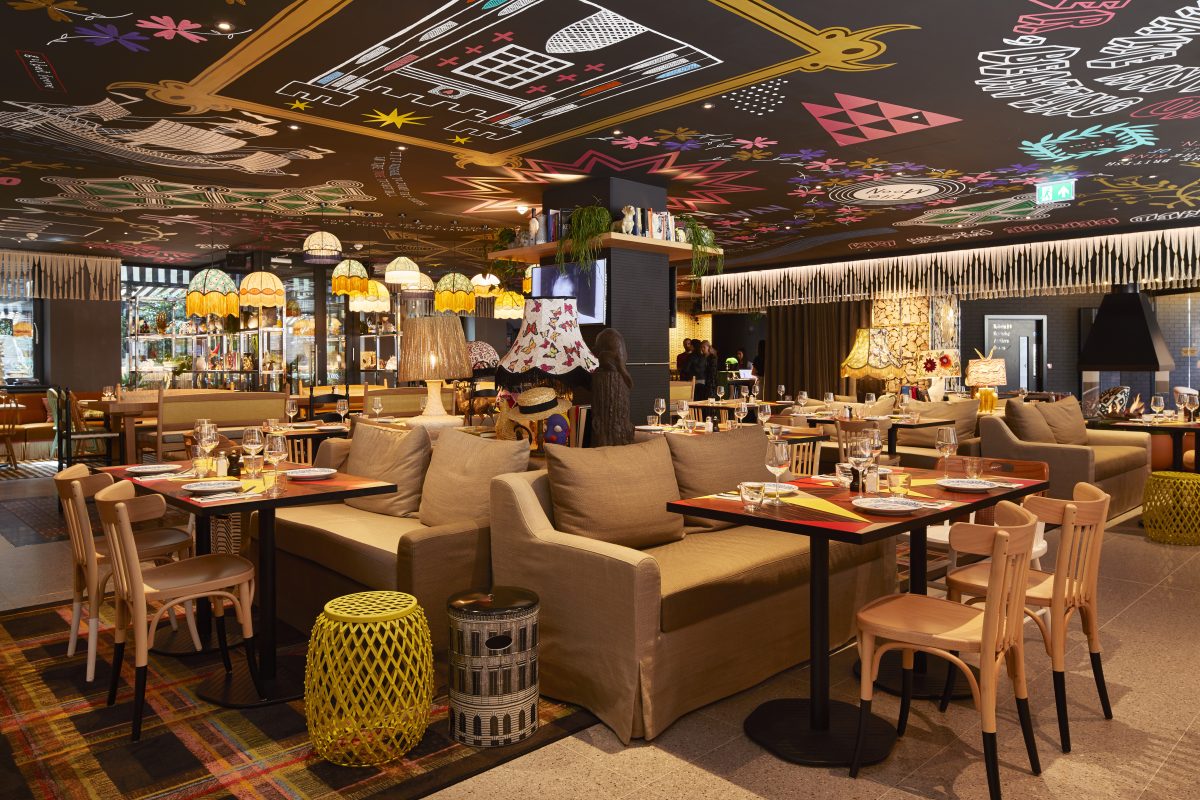 What: On Sunday 9th and every Sunday throughout February to 8th March, Mama London, an accessible boutique hotel by Mama Shelter is inviting guests to enjoy its all-new comedy programme and it’s free!

Why: The comedy programme, ‘Eat, Laugh + Sleep’ has an exciting lineup of some of the best and up and coming stand-up comedians in the industry. Kicking things off on Sunday will be Tom Ward. Signed by Comedy Central, he was Jack Whitehall’s tour support last year. Tom has been making a name for himself with his inventive style incorporating his voice-over talents and improvisation. Other great acts include Ivo Graham,  the youngest ever winner of the prestigious ‘So You Think You’re Funny award’ at the Edinburgh Fringe; Sara Barron, who has featured on The Guilty Feminist, BBC R4Xtra as well as Live at The Apollo and Sunil Patel, a finalist in the 2012 BBC Radio 2 New Comedy Award and one of the biggest Asian comedians in the UK. For an easy way to beat the winter blues, ‘Eat, Laugh + Sleep’ is one of our top recommended things to do in London this week and beyond.

Price: FREE entry. Secure your spot here. ‘Eat, Laugh + Sleep’ will tie-in with a limited offer deal – if guests dine at the hotel restaurant and the bill comes to £90, they will get one bedroom complimentary stay that same evening.