We enjoy two things here at About Time: plans and parties. And this article of is full of them, especially the latter. Here’s what’s kicking off in the capital this weekend. Happy exploring, London: 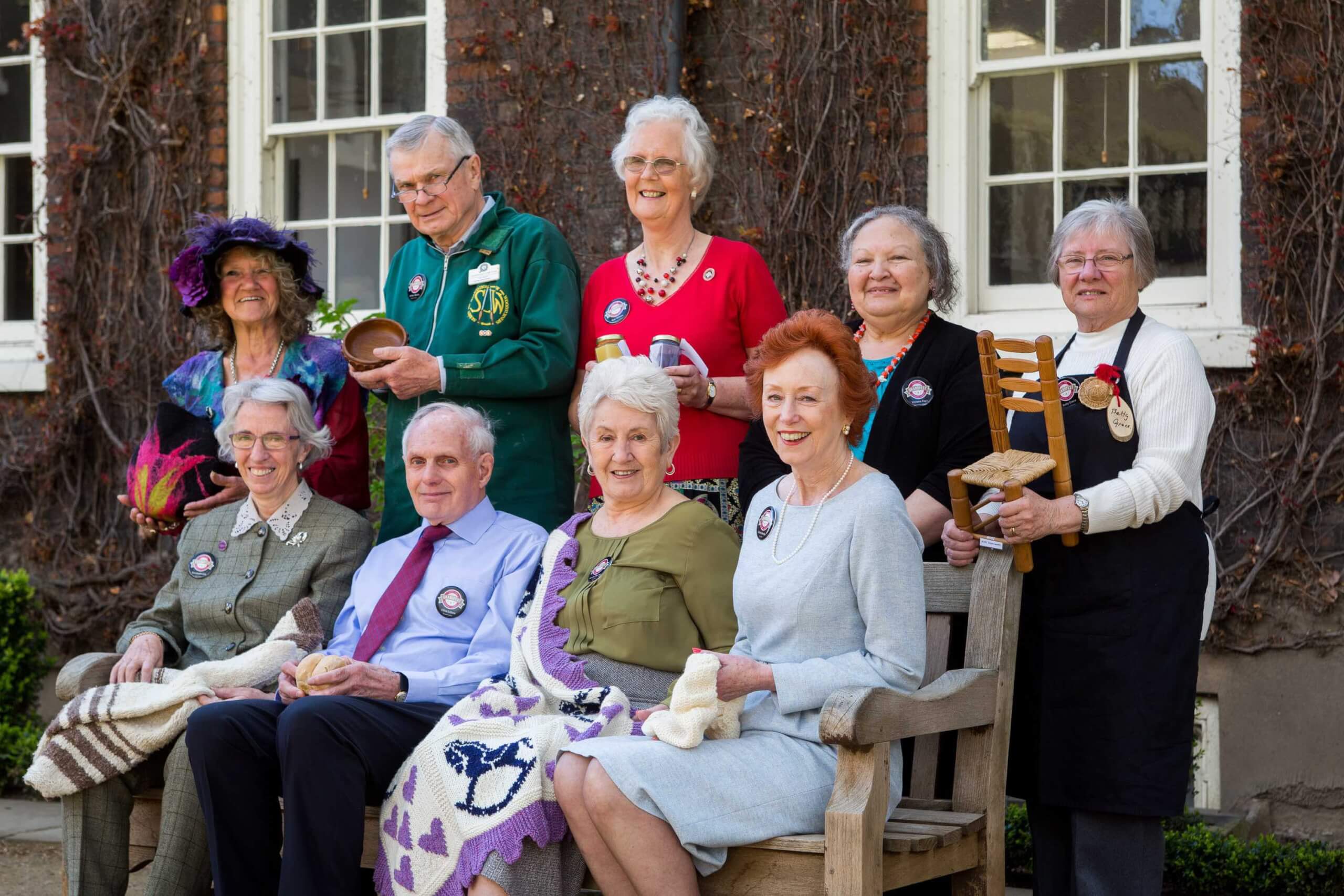 What: This summer sees the return of GrandFest, a one day mini festival set in the heart of East London. Proudly presented by older people’s charity Royal Voluntary Service, GrandFest celebrates the heritage skills of talented older people, who will be in residence on Sunday (5th June) to share their skills with the younger generation. 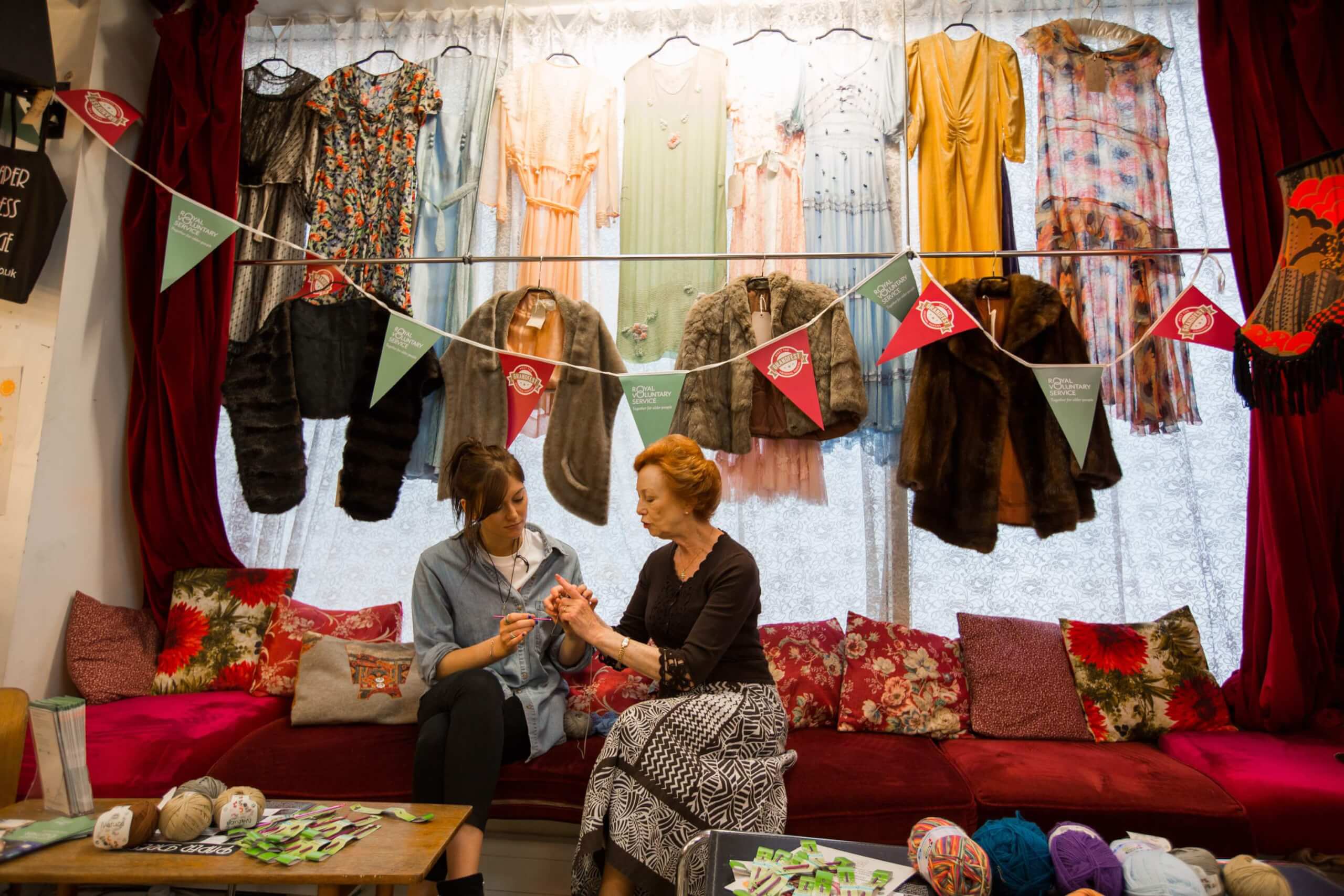 Why: GrandFest will, yet again, be showcasing lost skills in a series of masterclasses in and around Spitalfields Market. From breadmaking to crochet and jewellery making to woodturning, this festival is expected to be even bigger and better than last year, taking over nearby cafes, shops and museums. These fun and interactive masterclasses will continue the resurgence of people wanting to discover and learn new skills.

2. For Sport and Food: The Great Polo Food Festival at Chestertons Polo in the Park 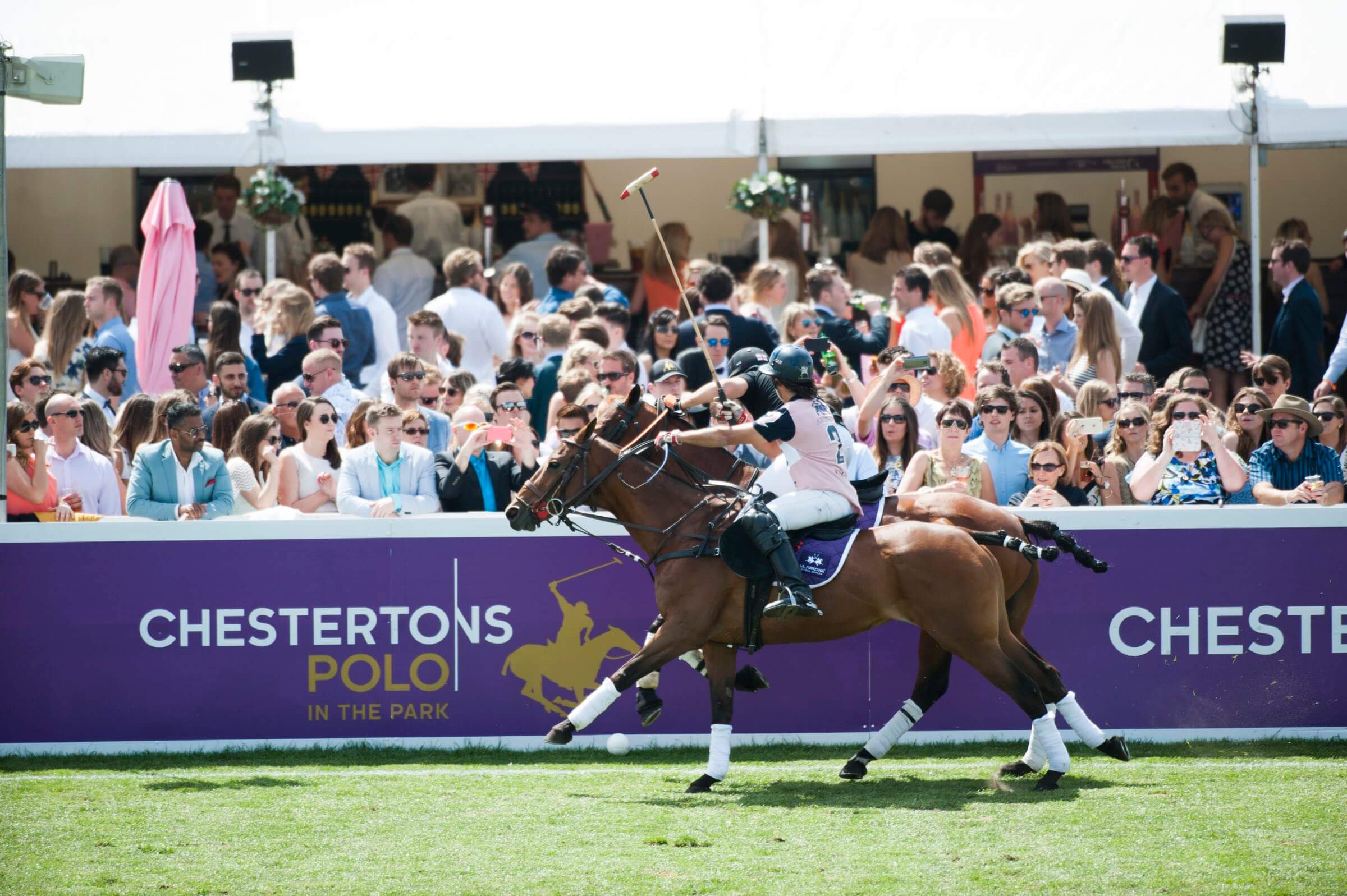 What: Chestertons Polo in the Park will this year see the debut of The Great Polo Food Festival at Hurlingham Park, Fulham starting tomorrow, and running until Sunday (5th). The Great Polo Food Festival will bring together some of London’s top restaurants and trendiest street food traders to deliver an exceptional culinary experience for spectators attending the event at what’s known as the ‘spiritual home’ of polo. 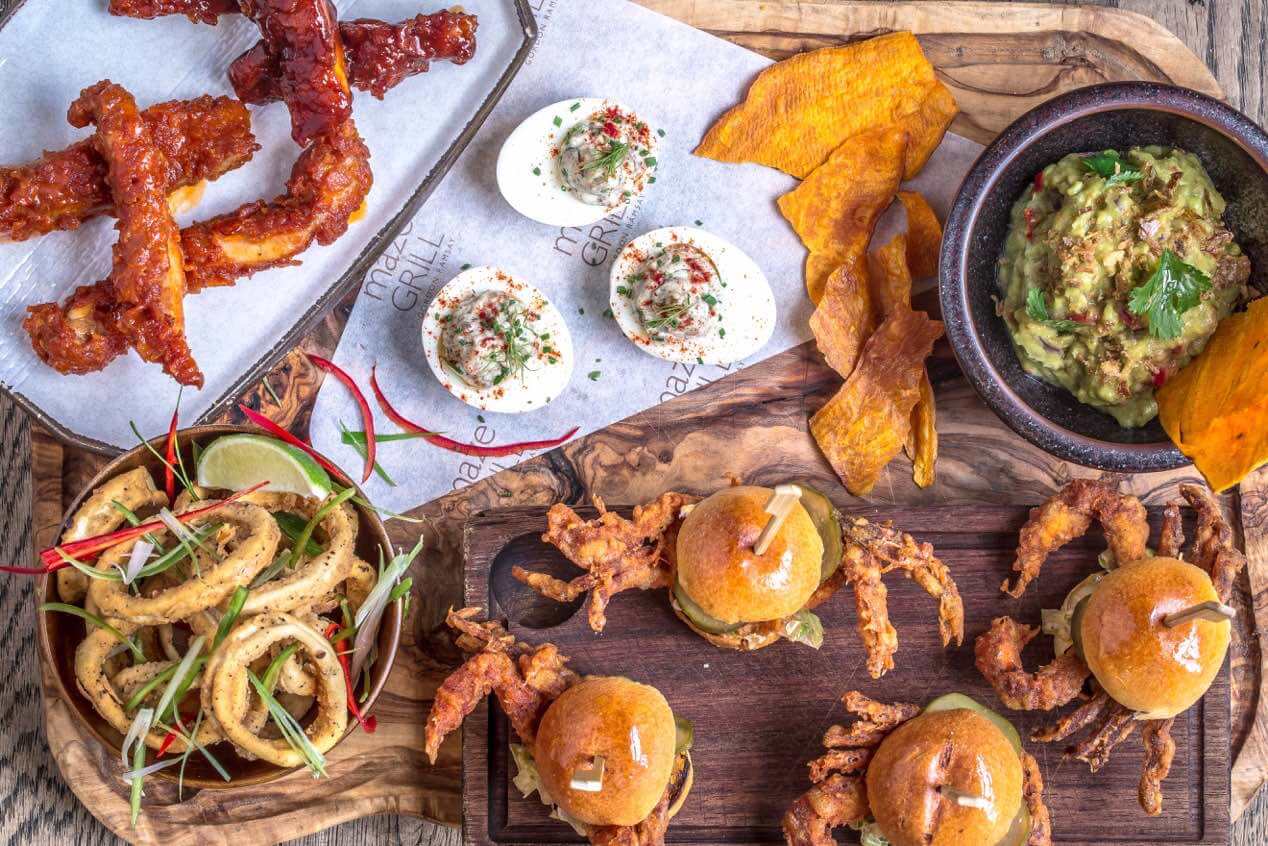 Why: Renowned chefs such as Gordon Ramsay, Mark Hix and Scott Hallsworth will be represented, serving a range of bespoke Chestertons Polo in the Park dishes, created especially for the event. Ramsay’s maze Grill takes inspiration from the iconic Manhattan grill rooms and will be serving rare breed steaks, fish and poultry, whereas Hallsworth’s signature ‘East meets West’ Japanese cuisine will be the prominent feature at his Kurobuta pop-up. Mark Hix, frequently lauded as one of London’s most eminent restaurateurs and known for his original take on British gastronomy, will be bringing together a range of classic favourites from his HIX restaurants to add to the offering.

Price: Tickets for the event start from £10 and can be purchased from here

3. For a Knees Up: APWU x South Place Hotel 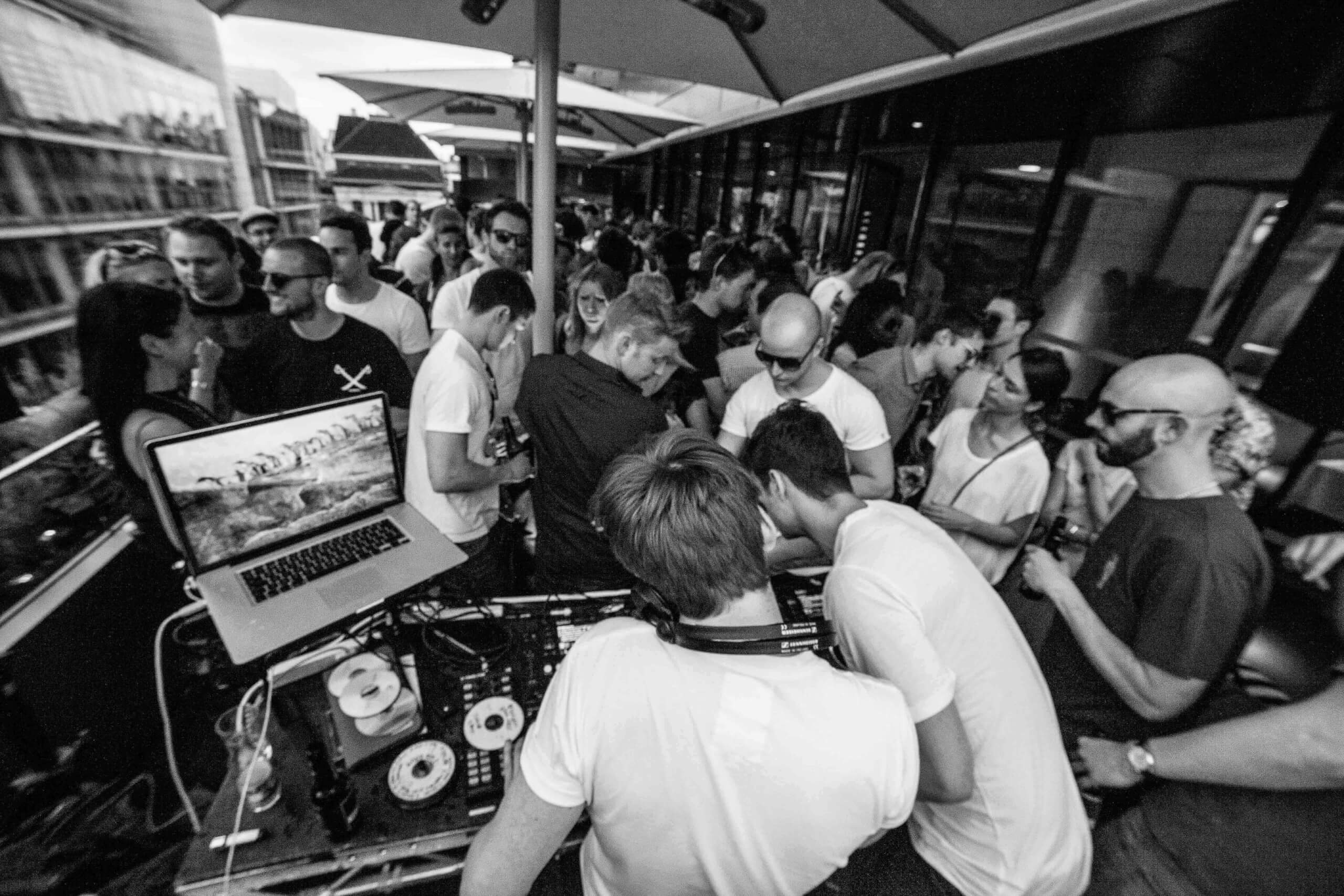 What: A Party With Us are returning to host another one of their infamous rooftop parties on South Place Hotel’s Angler Terrace this Sunday (5th June). With a glamourous open air vibe and a retractable roof just in case the British summer lets everyone down, this promises to be a Sunday to remember. 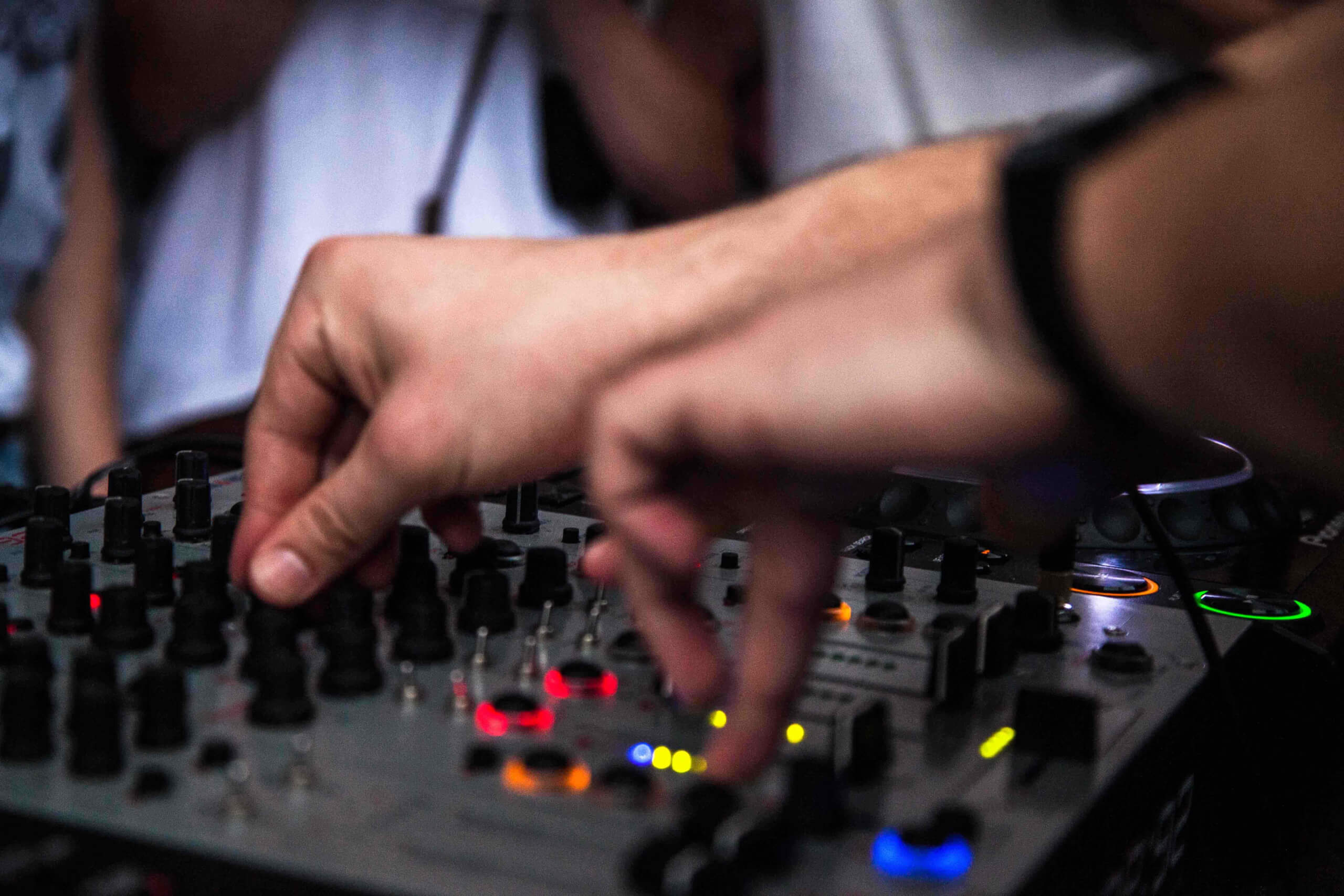 Why: Live DJs include; APWU, Bobby Pleasure (20/20 Vision), and the gang from 12Inch Ldn. Knock back a variety of freshly made cocktails and Prosecco, and soak up the booze with burgers and bangers from their sizzling BBQ. Capacity is limited to only 150 – miss it, miss out. 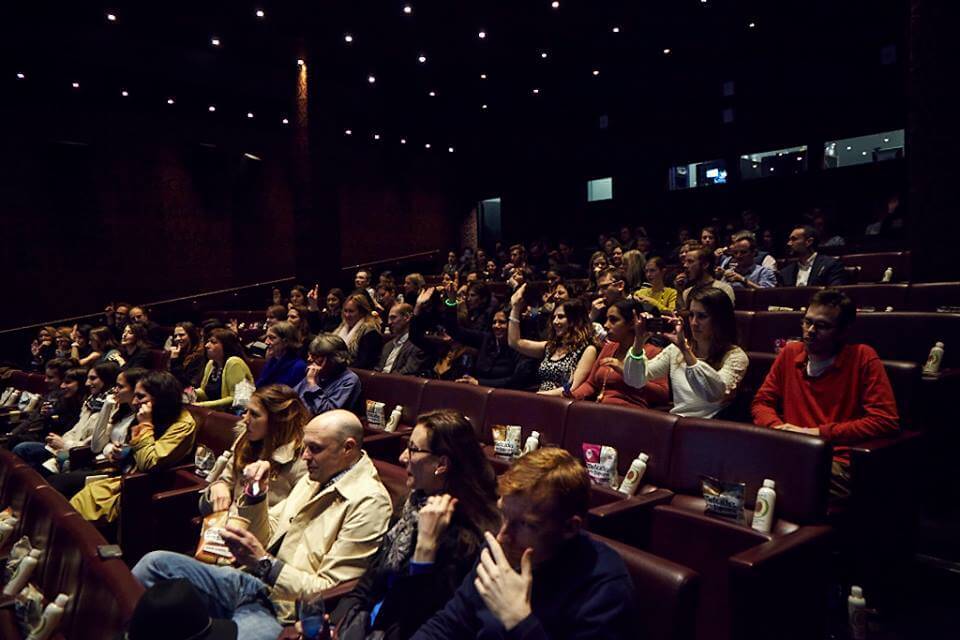 What: Bridget Arsenault and Fatima Martinez-Moxon are two friends and film enthusiasts who, in 2013, decided to start a film club that supports and features the work of young and up-and-coming actors and filmmakers. This Friday (3rd June), the Bright Young Things Film Club will be screening Remainder, starring Tom Sturridge. 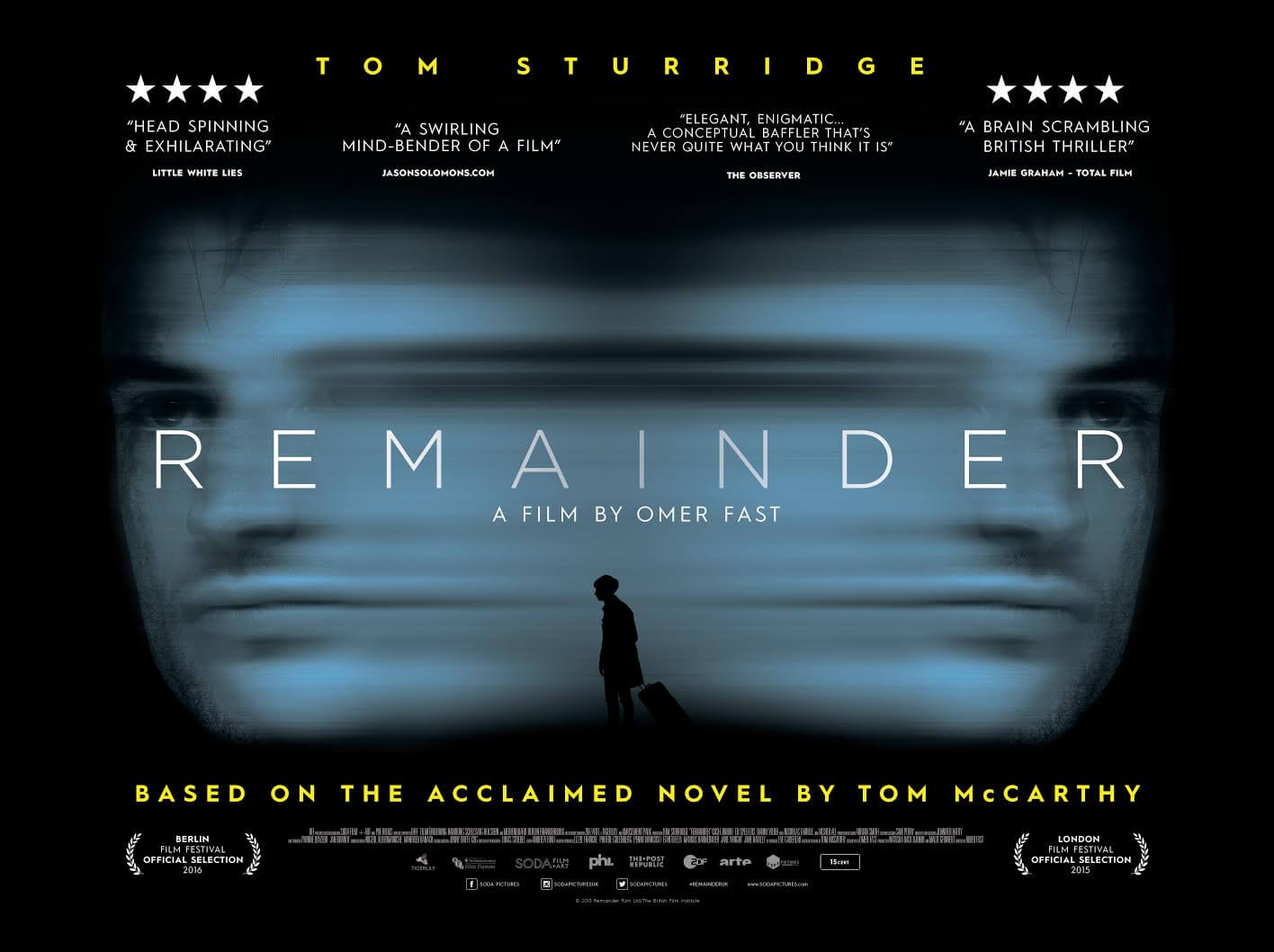 Why: The event is taking place at The May Fair Hotel, with cocktails by Ciroc Vodka served from 7:30pm. Munch on a selection of tasty snacks including Green & Black’s ice cream, Metcalfe’s popcorn, itsu bites and Fiji Water. After the film, actor Arsher Ali will be joining in person for the special Q&A.

Price: £15 per ticket. Buy yours here

5. For a Birthday Party: Pop Brixton 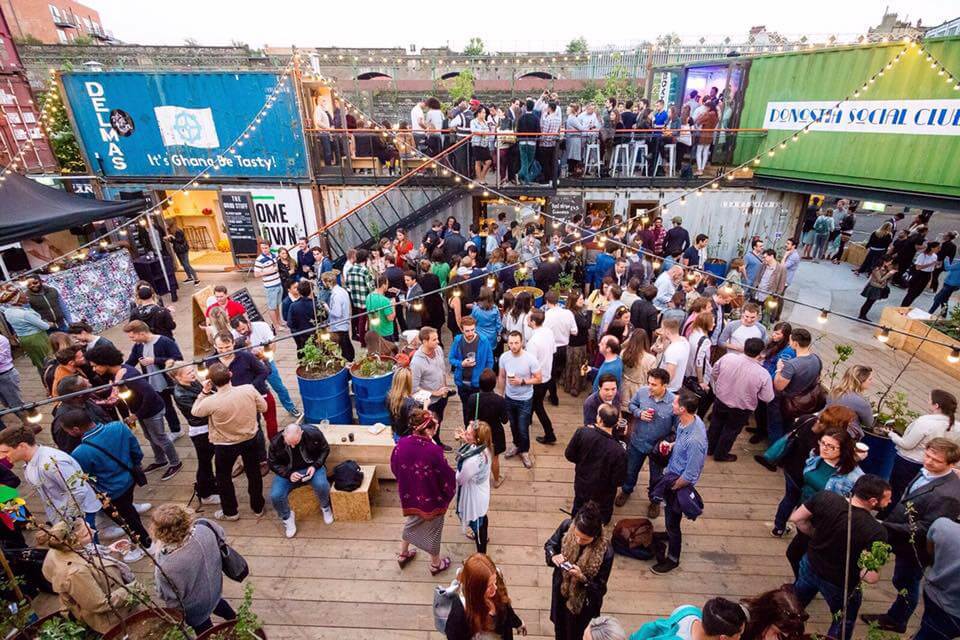 What: Pop Brixton is one! And they’re throwing one hell of a birthday bash to celebrate. Prepare yourself for a four-day extravaganza, toasting all that’s great about Pop Brixton and its members. We’re talking about a shopping event, a corker of a birthday party, and a prohibition birthday ball. 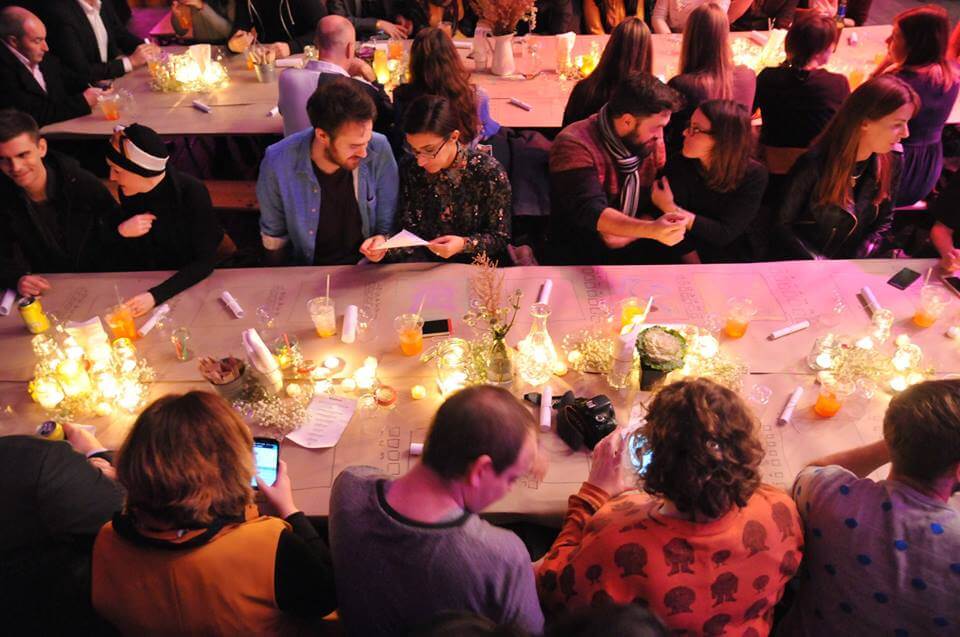 Why: Dust off your trilbies and fish out those flappers, as Pop Brixton becomes a time machine to the roaring 20s for this very special Prohibition Birthday Ball on Friday (3rd June). Saturday is the big’un: the centrepiece of Pop’s birthday celebrations is a 12-hour live music event on a scale that the venue has never seen before. Bring your dancing shoes and your smile, for an all-star lineup of afrobeat, hip-hop, jungle, dub and vinyl- spinning artists, including Rebel MC, Rodney P and Lazy Habits. On Sunday (5th), head to the main square to pick up some new threads and some snazzy homeware pieces.

For an Art Festival: Block Universe 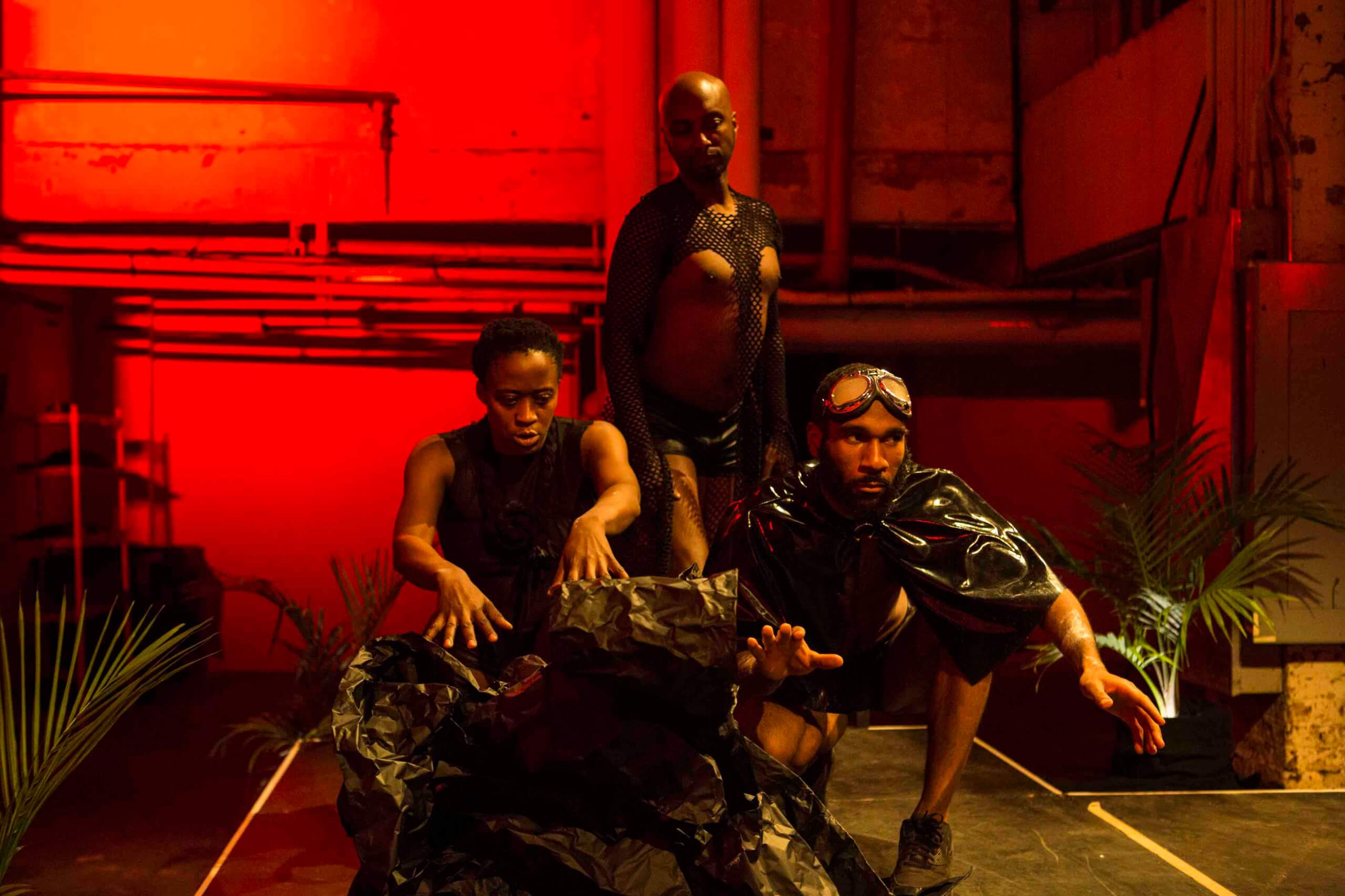 What: Block Universe, London’s first annual festival of performance art is running until the end of this weekend. This year’s festival explores the th​eme of T​he Future Perfect,​ presenting performances that ask how we construct the idea of self in a technologically sophisticated society. 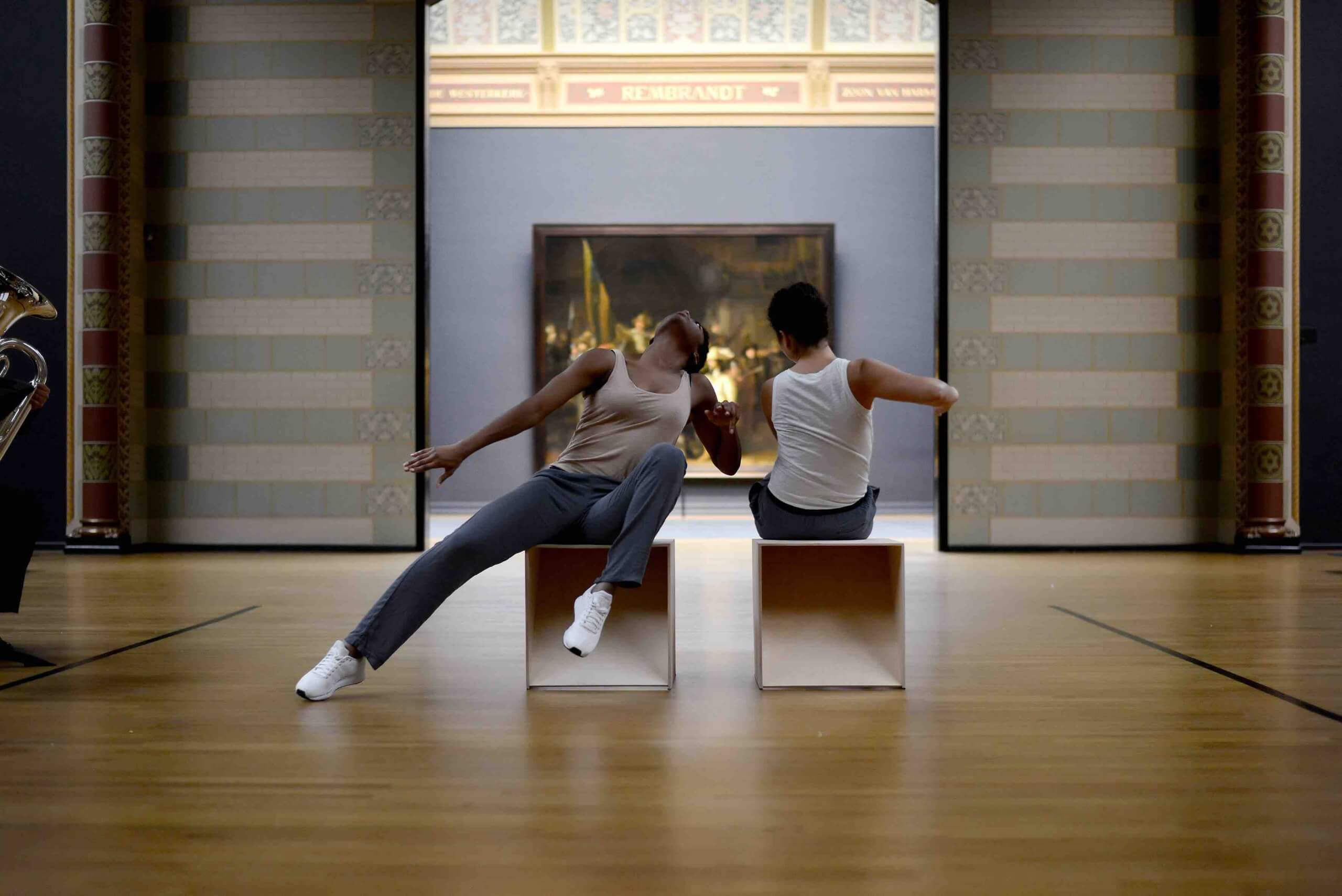 Why: Friday evening’s free performance, a new commission by Alexis Blake at the British Musuem beside the Parthenon marbles, where a group of professional dancers and Paralympic athletes will draw inspiration from Greek philosophy, history and ideals. Saturday (4th) evening’s UK premiere of DISCOTROPIC, Alien Talk Show at David Roberts Art Foundation by artist niv Acosta explores the relationships between science fiction, disco, astrophysics and the black American experience. Sunday (5th) afternoon’s free performance in the RA Courtyard by Grace Schwindt, features a singer performing a score based on Gaetano Donizetti’s  Aria of Madness, from his 19th-century opera Lucia di Lammermoor.

Price: Free entry to some events