Top 5: Ways to Get a London Literary FixBy Angelica Malin

While we would never want to ring-fence a time to read, summer does particularly lend itself to the literary pursuit. Lounging by the pool book in hand or heading to Hay – it really is the season. But for those staying put in the city, fear not; London also offers plenty of outlets. We’ve picked some highlights to get your summer started: 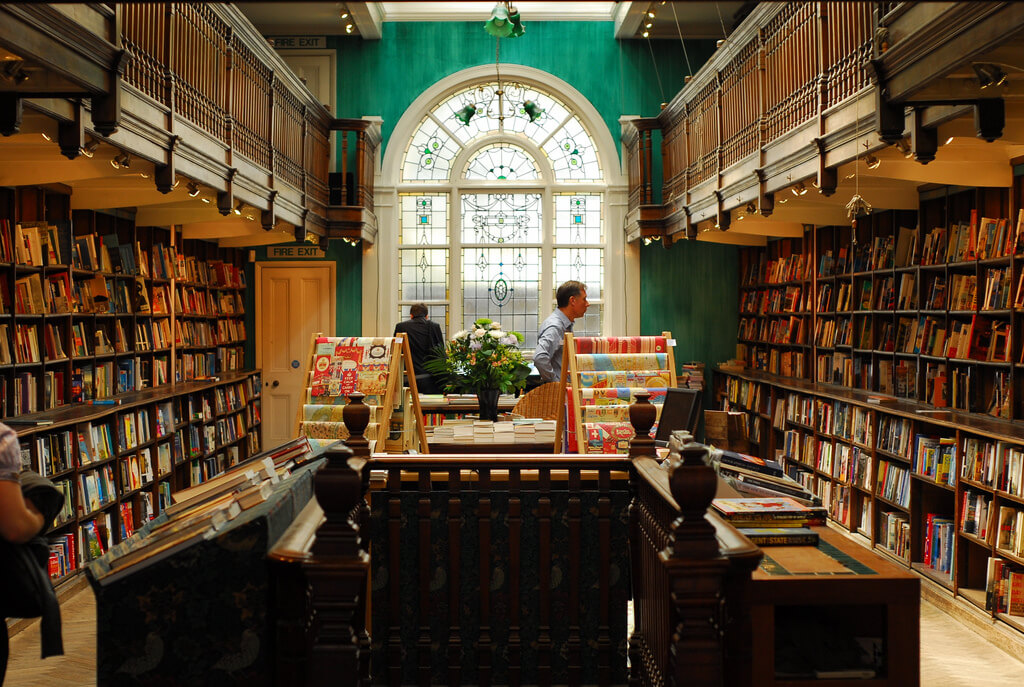 What: Gather your mates and have an evening discussing the latest bestseller. Rosé, friends + books = winning formula. Alternatively, if you want something that doesn’t quickly descend into wine-fuelled gossip, join one of London’s more official book clubs for the ultimate literary post-mortem. Our pick for summer is Emily’s Walking Book Club. Emily, who regularly writes for The Spectator, gathers a crowd once a month outside Daunt Books Hampstead and they then go on an hour’s stroll around the Heath. Each month a new book is picked. According to Emily, the format’s idea is routed in a belief that it’s much easier to talk when walking. This certainly works for the characters in The West Wing and we reckon it’ll work for us too.

Why: We don’t really need an excuse to head to beautiful Hampstead, but this is an extra pull. It’s also a great way to meet new, like-minded people and make you feel like you’ve done something virtuous during your weekend.

Where: Outside Daunt Books Hampstead once a month. Check the website here for upcoming dates.

Head to the BFI for all things Shakespeare 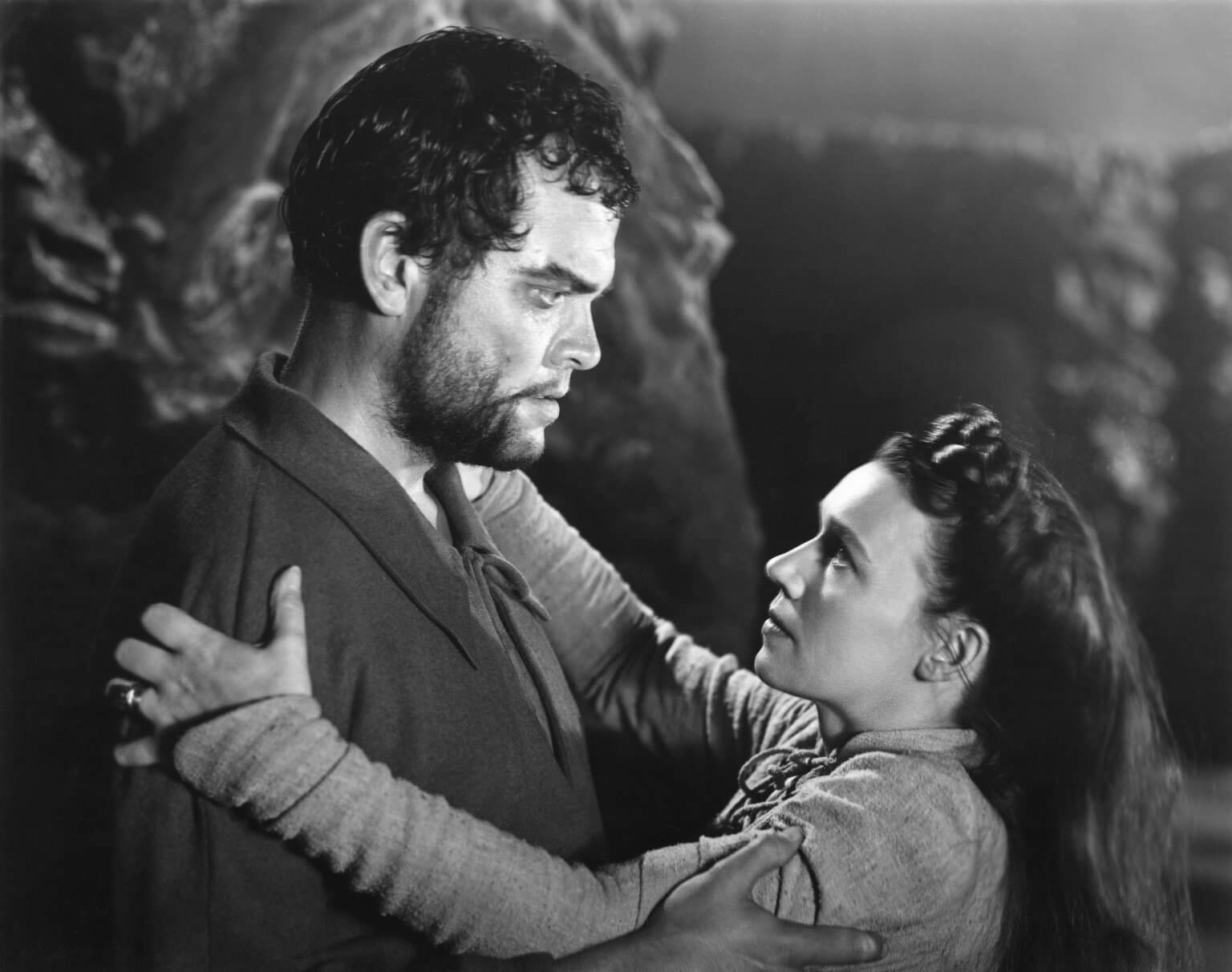 What: Unless you’ve been living under a rock/don’t regularly refresh the Guardian homepage, you would have noticed that it’s a big Shakespeare anniversary this year – 400 years since the Bard’s death to be precise. There is a lot going on to honour this anniversary. Our fave? The BFI’s Shakespeare on Film season. Spearheaded by the fabulous Sir Ian McKellan, this season features all kinds of talks and screenings. There are the more mainstream Leo swoonfests and then there are the more niche (Bollywood meets the Bard anyone?).

Why: We might as well put all those long hours of GCSE study to good use. Plus the BFI straddles the Thames, one of the better places to be situated on a long, warm night.

Go to one of the city’s best literary events 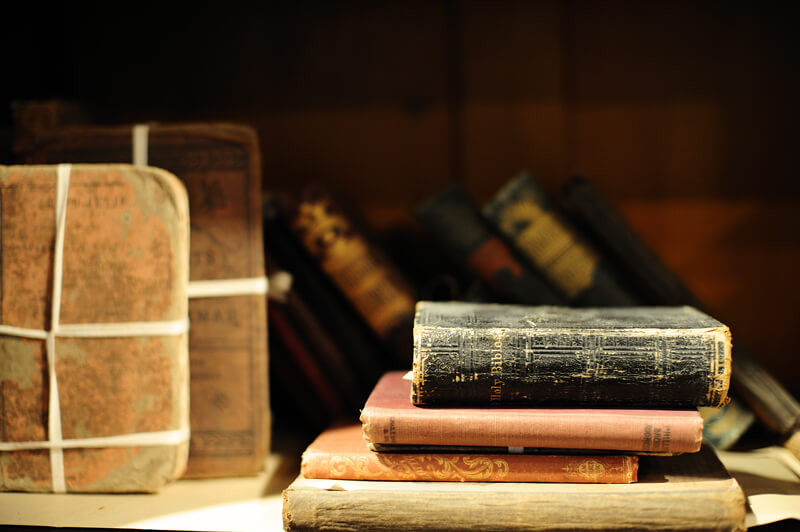 What: London, the city that has brought you the Cereal Killer Café, Scooby’s Boutique Coffee Bar for dogs and soon the Hello Kitty Café (OMG yes!), also has an eclectic range of literature events to suit anyone from casual holiday reader to serious bookworm. Looking for something a little more traditional? Head to a book talk at a local library or book store. Want something livelier? You should go to a slam or literary cabaret (we’re really liking 5×15). Of course lit fests lead the pack here, most promising all of the above under one umbrella. Those wanting international lit should head to Asia House in May, where you can rub shoulders with GBBO winner Nadiya Hussain, hear the beguiling Elif Shafak and meet About Time’s very own Angelica Malin. In a Hackney tribe? Enjoy the Stoke Newington Literary Festival in early June, which has featured Will Self, Caroline Criado-Perez and other big names in the past.

Why: Where do we even begin? Points above about the social nature of the book club apply here. Plus it’s great getting up close and personal with our favourite authors, hearing their stories and grilling them on exactly why they killed off that character (you know, that one). And no matter how old we get, we still enjoy having a signed book in our hand.

Where: Various venues around town

Sit in an author’s former haunt and get reading 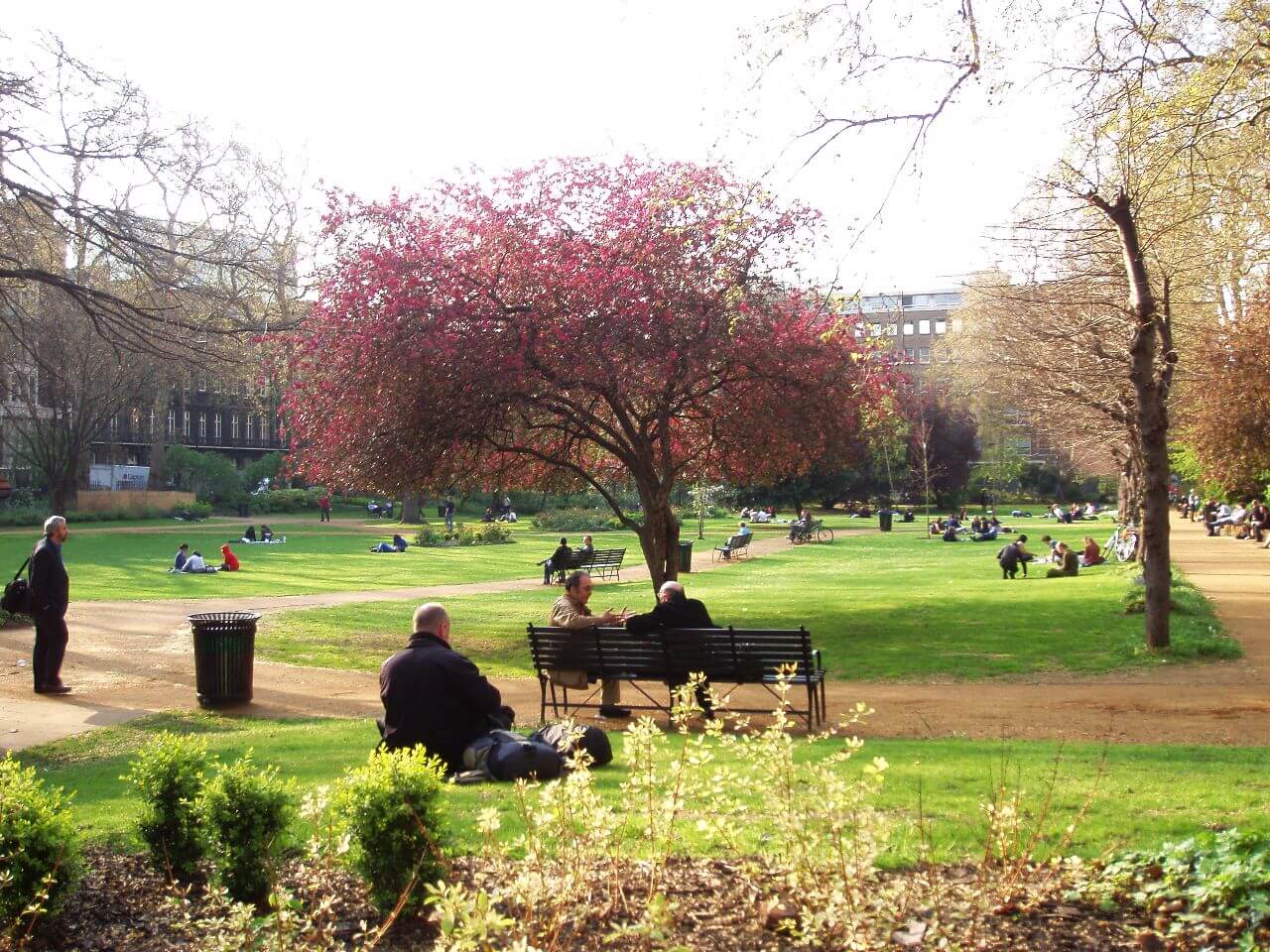 What: Oh to have been around in the 1920s and 30s and been part of the Bloomsbury Set – now that’s a nice idea. But until time travel is possible, we’ll have to settle for train travel. So get yourself to Russell Square tube. From here you can pay homage to the old haunts of the Bloomsbury Set’s central players – Virginia Woolf, John Maynard Keynes, E. M. Forster and Lytton Strachey. Set aside a few hours to wander the lovely garden squares. Start at Gordon Square, where you’ll spy blue plaques marking the homes of Strachey (no. 51 Gordon Square), Keynes (no. 46) and Woolf (no. 50). While not technically Bloomsbury Set, you’re also near where T.S. Eliot once worked, at Faber & Faber, Russell Square, and 87 Marchmont Street is the former home of Mary and Percy Bysshe Shelley.

Why: We wish we still had six week summer holidays; sadly we grew up. Still, when the sun is shining, a picnic rug, good read and oversized shades can make us feel like we’re away. That the great writers of the past hung out in these squares just adds to the day dream. Who needs South of France eh?

Where: Green spaces between Euston Road and Holborn. 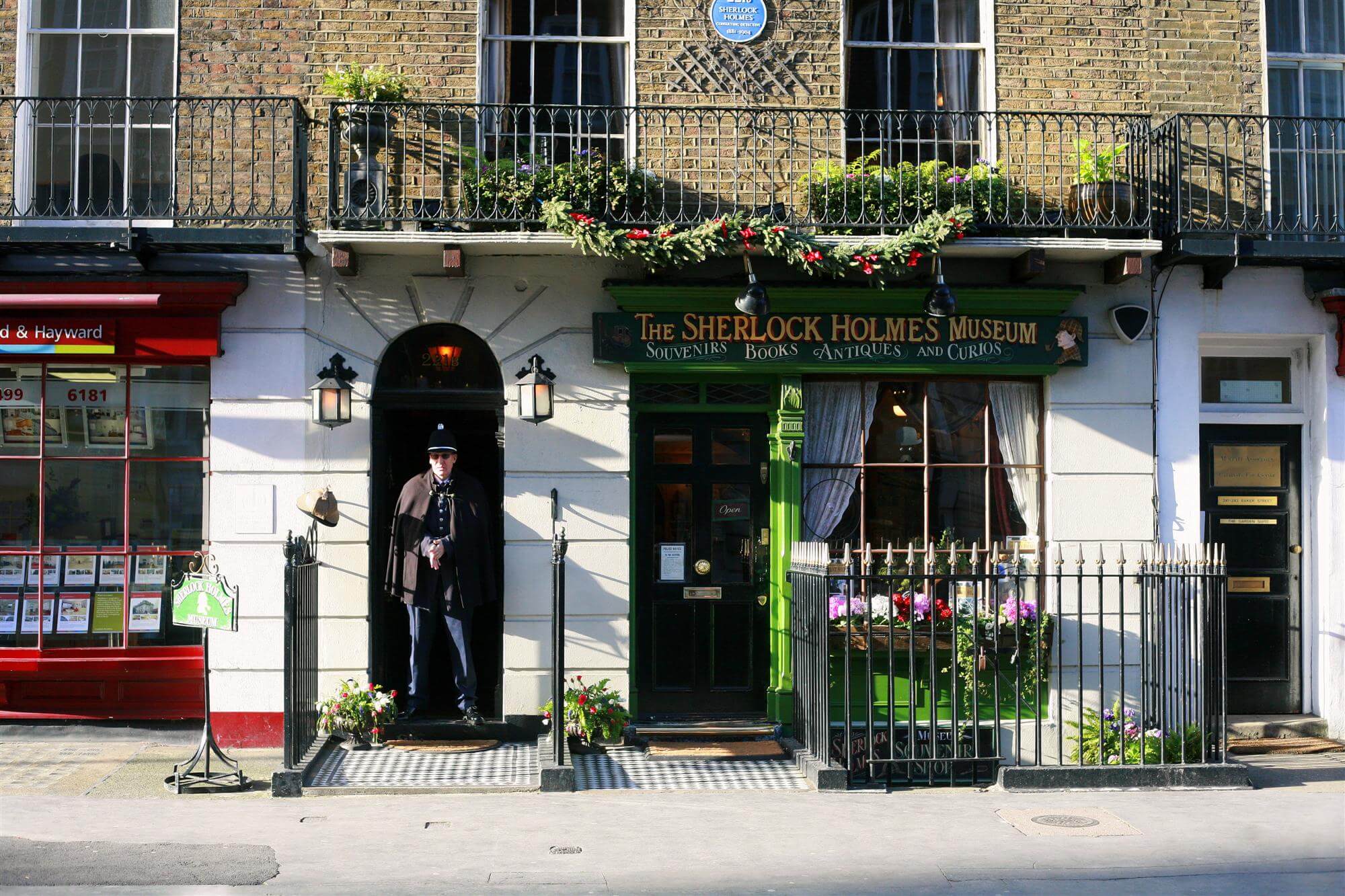 What: Introducing the author tour, the ultimate geek activity (said from a position of no judgement as the owner of many museum loyalty cards). Ones themed around Harry Potter and Charles Dickens are options, while the ultimate has got to be Sherlock Holmes (because let’s face it, crime wins). So here’s the deal, the final destination of this tour is the Sherlock Holmes Museum. However, the action starts right from Baker Street tube. First there are themed silhouettes at the station and next you’re met by a hand pointing “Who Knows Where”. The trail continues down Baker Street, including at a dry cleaners (Sherlock’s, apparently). Then you arrive at the museum itself, a lovely looking London townhouse from the outside and Sherlock extravaganza from the inside. IKEA this is not. Even the staff are in period dress. Arthur Conan Doyle would be proud, as would your English teacher.

Why: Give me one reason why not?