The sun is out, the shades are on, it’s time to get the drinks in. Forget last year’s favourites, here’s five brand new rooftop bars in London you need to visit this month. Don’t forget the suncream, people:

1. For Psychedelic Fun: Queen of Hoxton 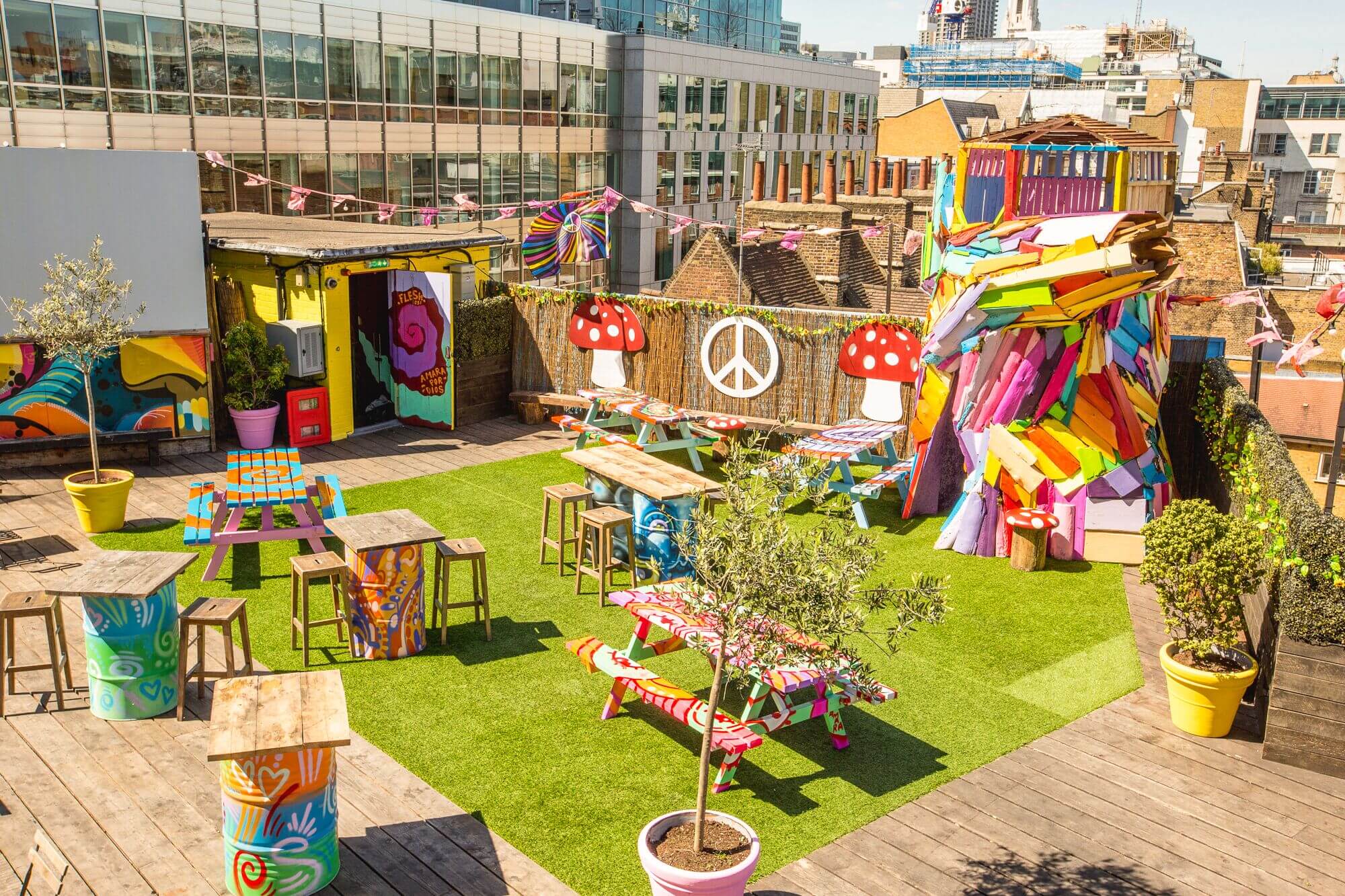 What: High above the busy streets of London, a colourful kaleidoscopic hideaway is waiting to transport dreamers, lovers and revellers back to the hazy summer of 1967. During their colourful summer, the Queen of Hoxton rooftop have partnered with The Museum of Happiness to bring you a series of events to learn about the essence of long-lasting happiness and well-being. 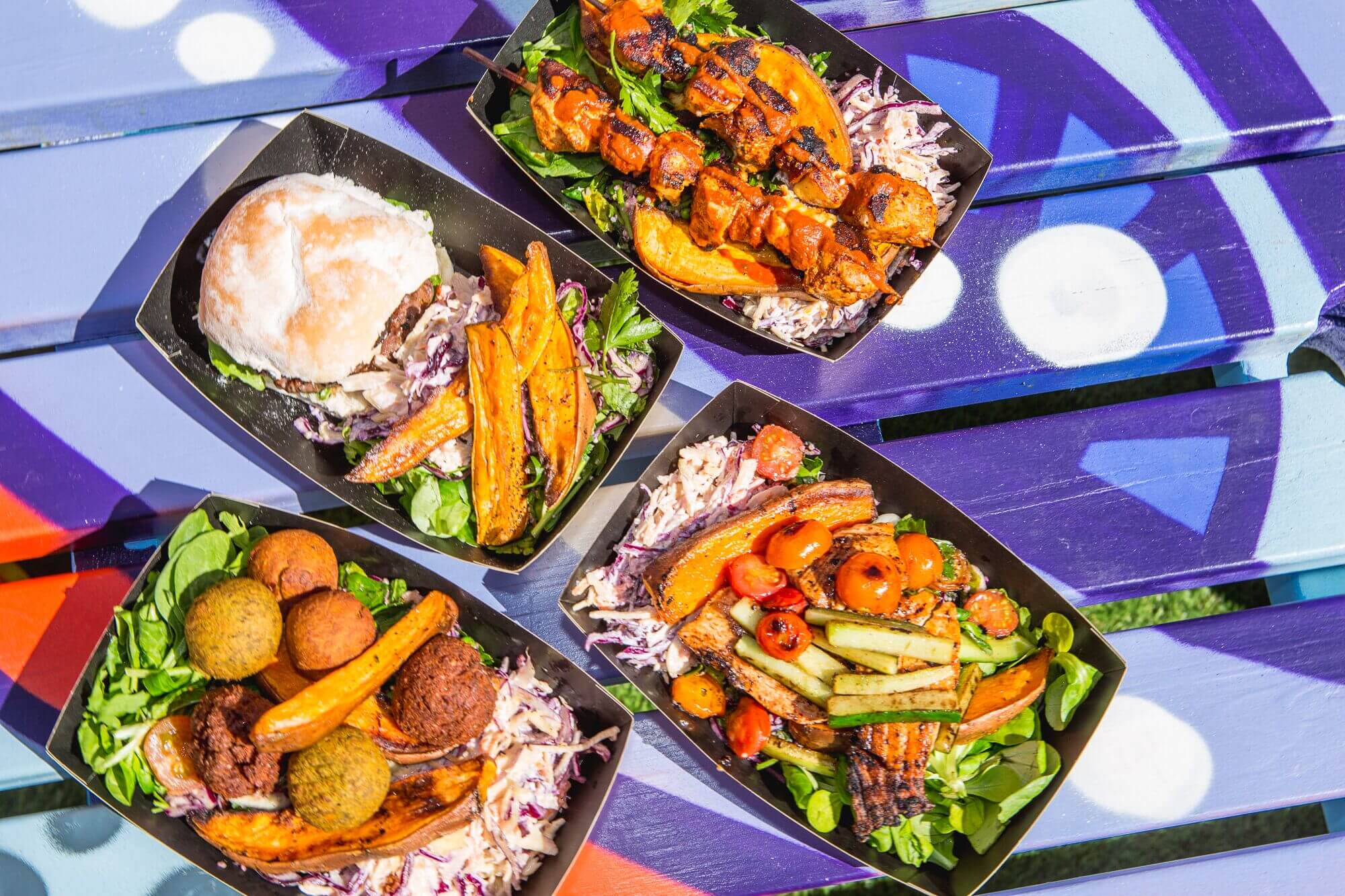 The Lowdown: A Tribute to Dr Strange is the Queen of Hoxton’s nostalgic homage to one of the world’s most legendary summers, when scores of young people travelled from across America and beyond in search of a spiritual revolution. This summer on the Queen of Hoxton’s infamous rooftop bar, they will be celebrating the ethos of a counter-culture that is as relevant and radical now as it was nearly fifty years ago. Expect an intoxicating utopia filled with flowers, trippy visuals, and interactive installations to satisfy your inner flower child. 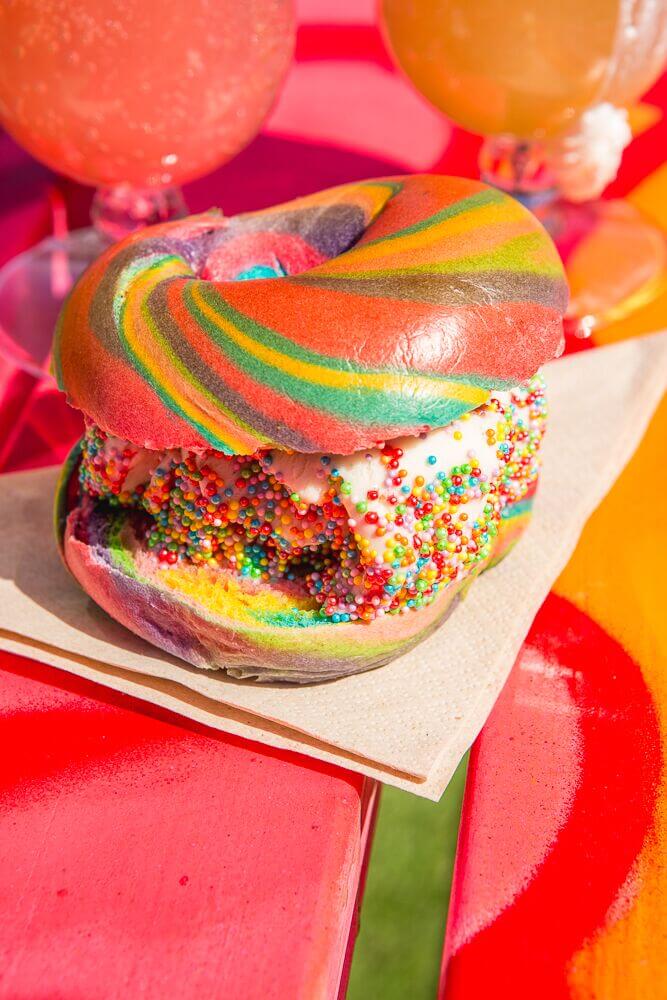 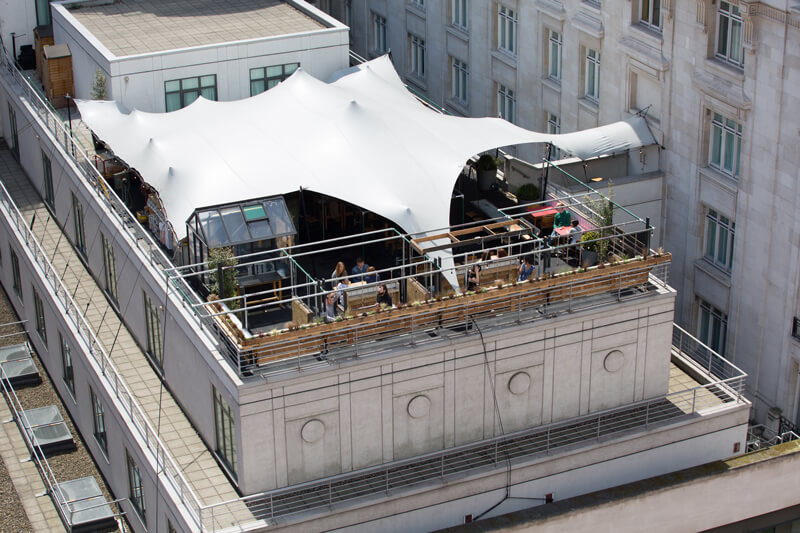 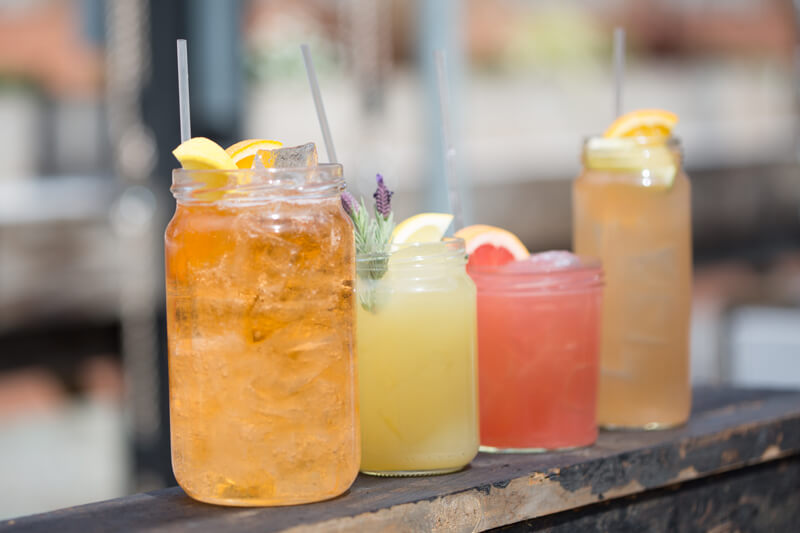 What: Summer returns to the rooftops of Oxford Street with the opening of Notch specialising in good food, good drinks and good vibes. The peaceful, garden utopia has been transformed into a buzzing sky-high industrial playground with Japanese street food and pop handmade cans of Negroni.

The Lowdown: Notch is located on the fourth floor of the London Marriott Hotel, Park Lane, and is accessible via a secret entrance tucked away at the far end of Oxford Street near Marble Arch. Led by design team, DENLDN, Notch features an eclectic mix of reclaimed materials: school science tables sourced from a boatyard in the east of England, bomb proof lighting from a bomb factory in the Wye Valley and back bar shelving from an architectural salvage yard in Norfolk. 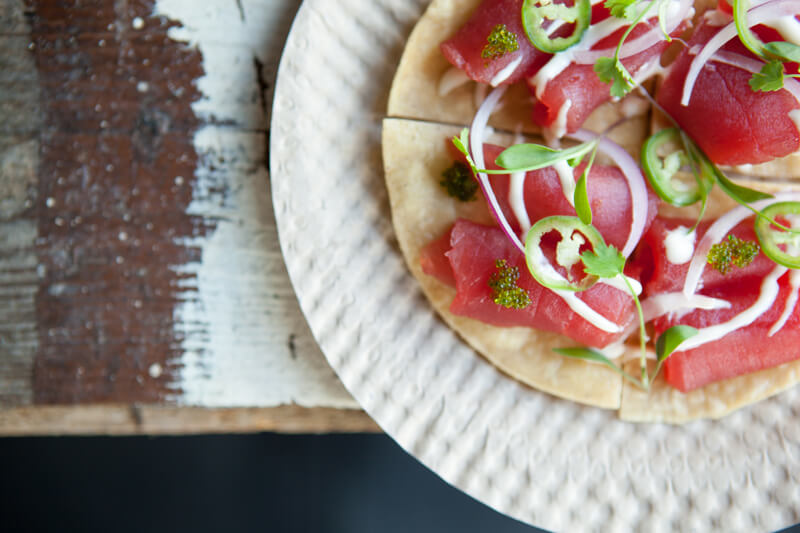 Eat: Cooking up some Nikkei street food will be Mark Morrans in his own little Fudo Shack. Expect signature dishes such as tacos, with fried chicken with marinated kimchee mayo, shichimi, chilli and chives, or pulled beef with anticucho drenched short rib, anticucho mayo and pickled cucumber. 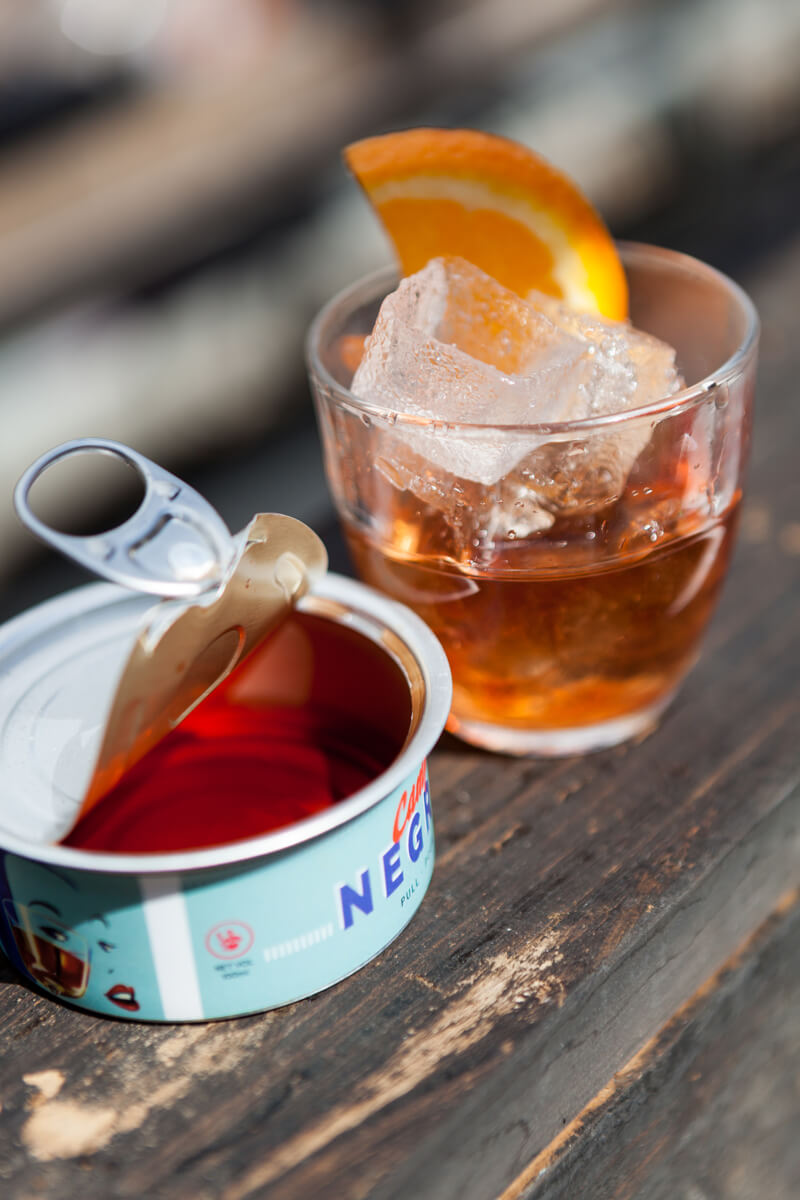 Drink: The bar at Notch will have a distinctly summer feel to it; try the Red Pigeon made with Espolon Tequila, Campari, lime, pink grapefruit and sugar and the Humming Bird which uses Bulldog Gin, elderflower, lavender, apple, lemon and sugar. But what Notch will be known for are their Canned Classics: handcrafted and hand sealed small cans of classic cocktails, such as their Negroni and Old Fashioned, at £8 a pop. 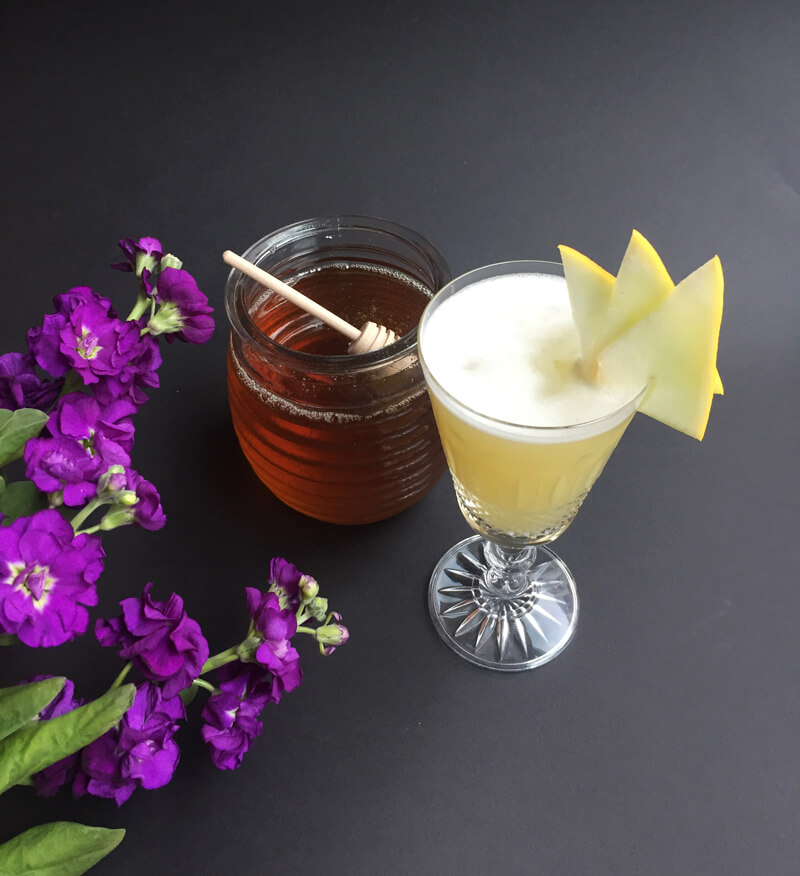 What: For something unique, boutique City of London hotel, South Place, has partnered with artisan preserves company, Butterfly and the Bee, to offer a selection of four honey-infused cocktails. In celebration of the Chelsea Flower Show and the start of summer, the new cocktails will send taste buds into a blooming frenzy when they launch in the hotel’s Secret Garden bar on 10th May.

The Lowdown: The open-air rooftop space will be decked in honeybee-themed floral festoons by London’s premier florist, McQueens. In an interactive experience, guests will be served their cocktail and a wooden honey stirrer and can add their own honey from giant pots of different honey infusions along the bar. 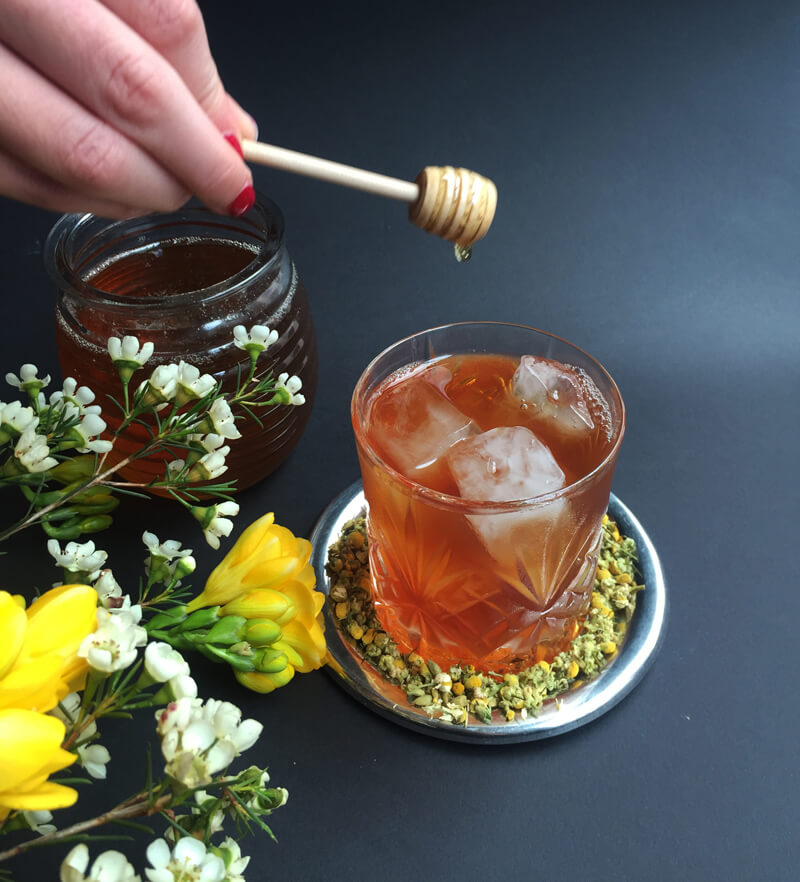 Drink: The Sweet Spritz is a blend of rhubarb liqueur with rum, lemon and honey, garnished with grapefruit zest and mint. The Honeycomb Old Fashioned combines a sweet hand-blended honey and camomile syrup, with zingy orange bitters and rum. The Bee Sting packs a fruity punch with a rum, mango, lime and honey blend. Brandy-based Honeydew combines lemon, honey and rhubarb notes with muskmelon-flavoured liqueur.

When: South Place Hotel’s limited-edition ‘Bee’s Knees’ cocktail menu will be available in the Secret Garden bar from 10th to 28th May 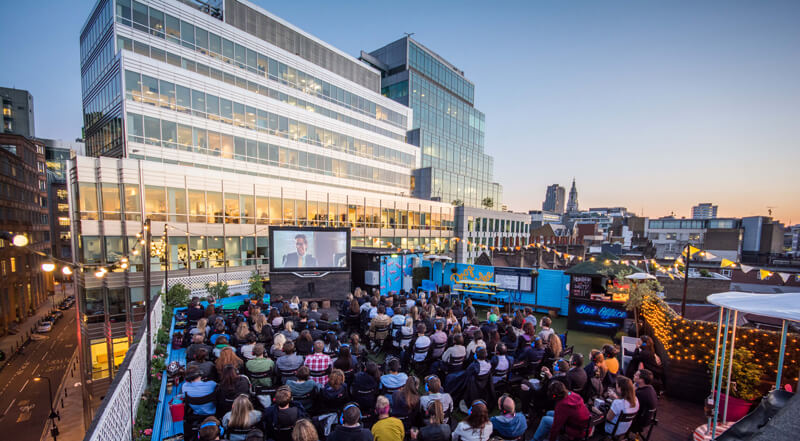 What: London’s favourite skyward cinephiles, Rooftop Film Club, are once again bringing their own brand of movie magic to the city’s iconic skyline. This summer, Rooftop Film Club presented by Nespresso, will be bigger than ever before, serving-up cult and classic movies across four of London’s finest rooftops, as well as a sizzling line-up of Hollywood blockbusters fresh from the editing suite. 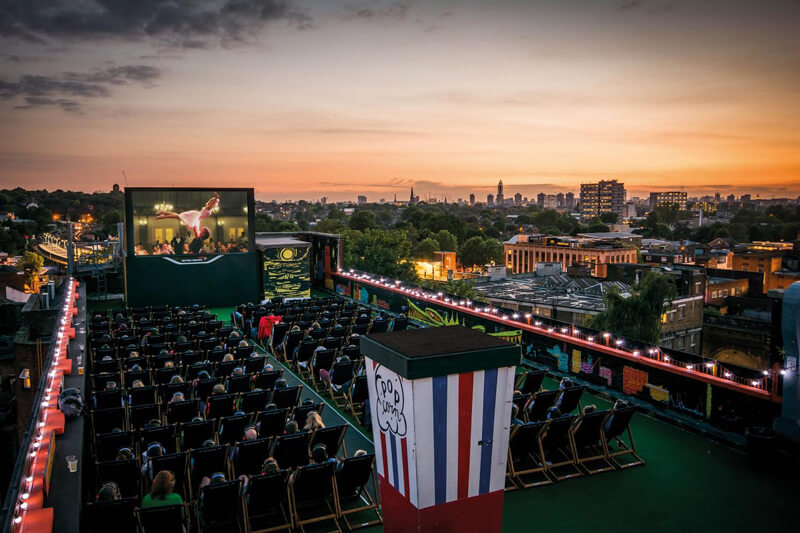 The Lowdown: The 2016 season awakens with a very special screening of the latest Star Wars epic on ‘May the Fourth’ at Peckham’s beloved Bussey Building. In reaction to the killjoy Multiplexes’ nationwide ban on the iconic lightsaber, Rooftop Film Club is offering free tickets to any followers of The Force that arrive armed and ready to take on the First Order.

Drink: Nespresso will be on hand to serve up some top quality coffee cocktail classics, including the ultimate Nespresso Martini, plus there will be some delectable summer cocktails whipped up by the Spirted Mixers team.

5. For Foodies: The Gardening Society at John Lewis 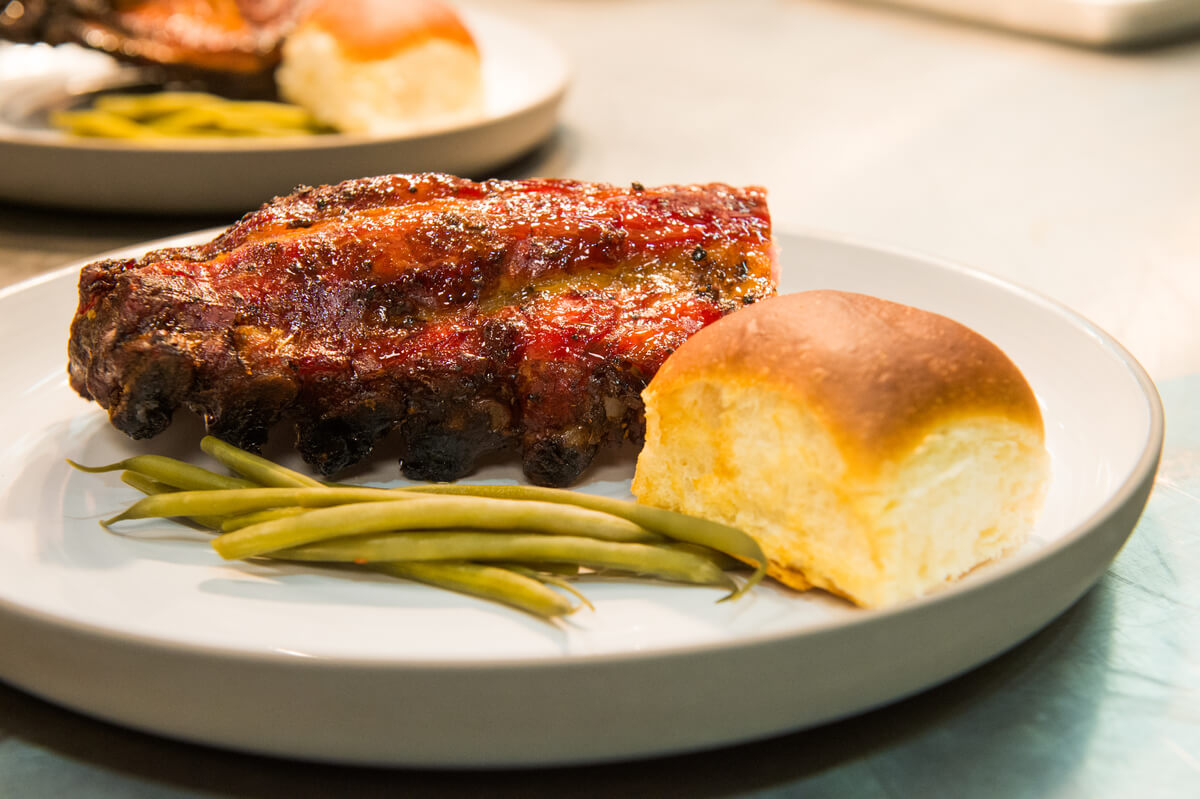 What: Iconic British department store, John Lewis, will collaborate with pop-up experts Night Tales to bring three of London’s hottest food offerings to the rooftop of its flagship Oxford Street shop this summer. Designed by renowned gardener Tony Woods, the rooftop garden will make home to the pop-up restaurant, adjoining bar and award-winning blooms and vegetables.

The Lowdown: With the open space transformed into a vibrant and verdant rooftop garden, The Gardening Society will open from 27th May until 4th September, hosting three diverse high rise residencies: celebrated modern British restaurant The Dairy, the first restaurant venue from street food favourite B.O.B’s Lobster and Shotgun, serving up a twist on the British barbecue. 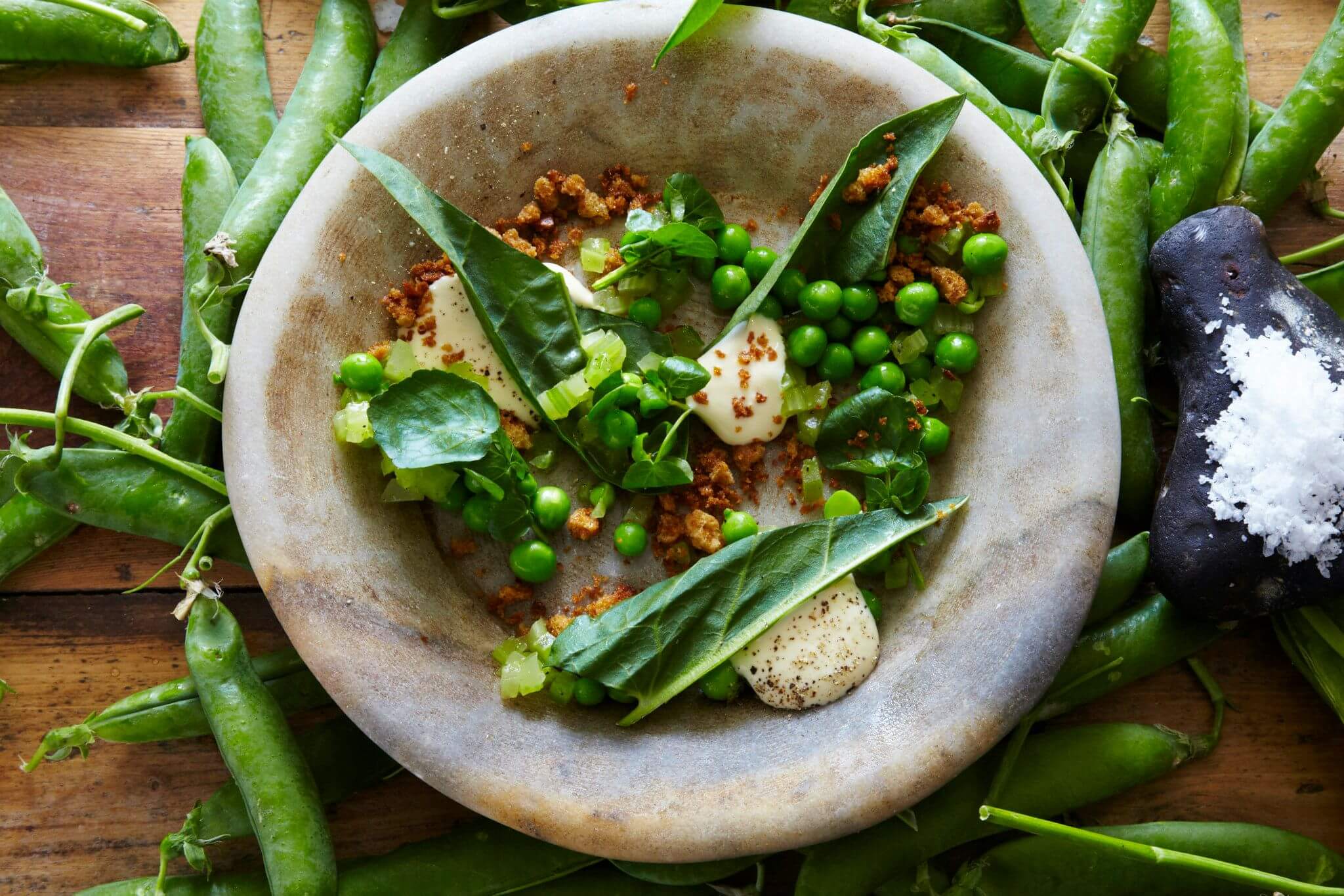 Eat: Kicking off the series on 27th May, Robin Gill will bring The Dairy to central London for the very first time. Dishes will include Lady Hamilton Cod, smoked roe, BBQ peppers and Isle of Wight tomatoes, summer courgettes, fresh cheese, sweet basil and The Dairy’s rooftop honey. Next up from 28th June, the ever-playful B.O.B.’s Lobster will serve up a twist on tradition with its signature Lobster rolls, alongside an exclusive new Lobster melt on grilled sourdough. Shotgun will bring its low and slow barbecue cooking to the roof from 2nd August, offering classic cuts of meat by the pound, including brisket and pork belly.

Drink: Adapting to reflect each restaurant, cocktails curated by Background Bars will incorporate herbs grown and freshly picked each day from The Gardening Society’s garden. Throughout June, seasonal takes on classic British tipples will include Sunday Tonic, a ginger infused gin, rhubarb, homemade tonic bitters and Fentiman’s tonic. A selection of healthy juices will also be available throughout the day, while Tuesday mornings will see instructors from Fat Buddha yoga, saluting the sun on the lawn.