Whether you’re in the mood for a game meat dinner or fancy tucking into a Thai sharing feast – we’ve discovered the best foodie events taking place in London this month. Go wild:

1. For a Chef Series: Peckham Levels x Spike and Earl 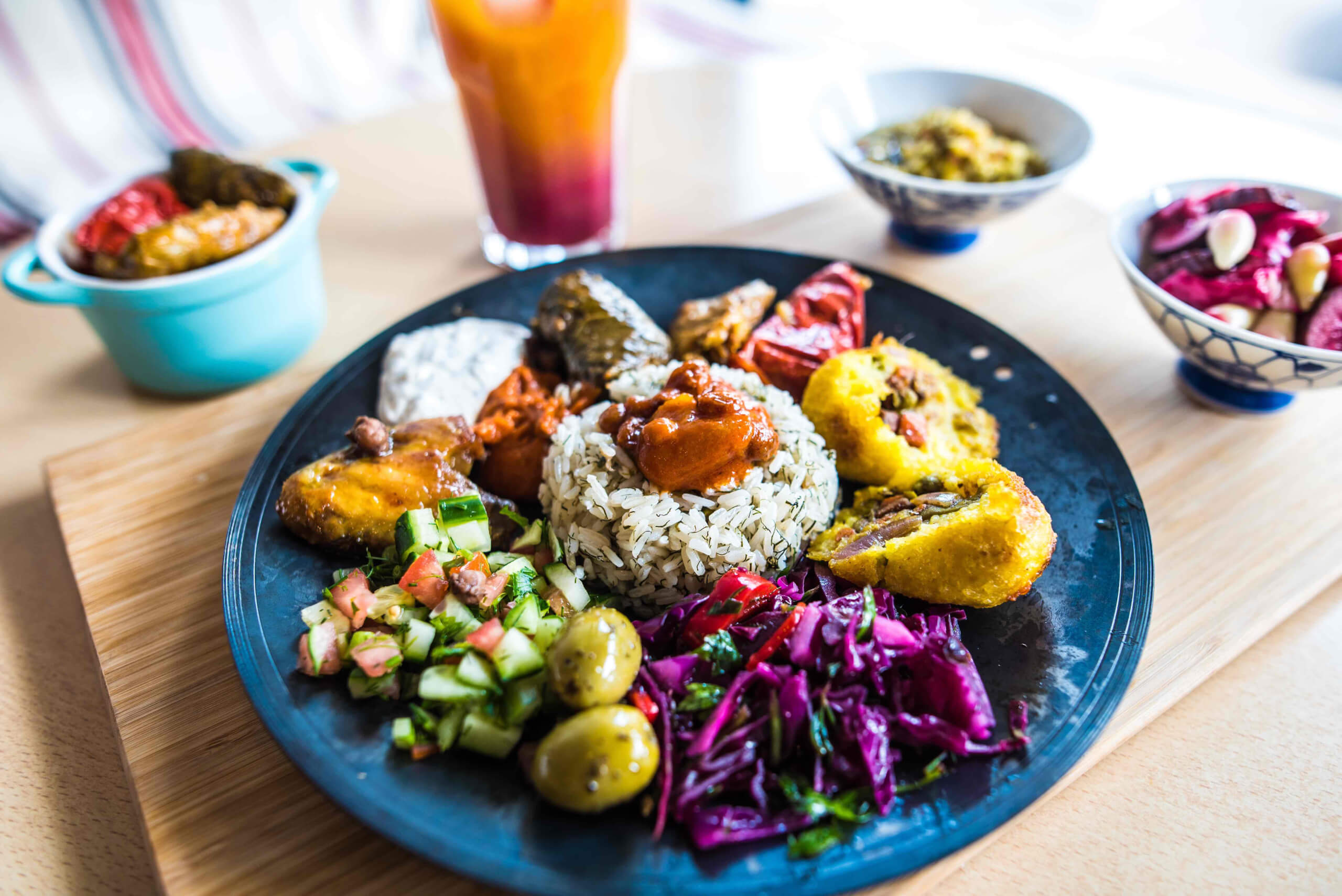 The Lowdown: Peckham Levels is teaming up with neighbouring coffee/cocktail bar and creative space, Spike + Earl, to bring Londoners a taste of what’s to come from its hotly-anticipated line up of street food vendors. This exclusive Peckham Levels preview will see Spike + Earl play host to weekend kitchen takeovers, showcasing six south London food traders that will take residence in the former multi-storey car park when it launches later this year.

What to Expect: Handmade Chinese street food specialists Hao Hao Chi will be taking over Thursday 5th to Saturday 7th October, serving their authentic and regional Chinese dishes using traditional cooking methods, and from Thursday 12th to Saturday 14th October, guests will be treated to confit duck as they’ve never seen it before from Canard. And for three days from Thursday 19th October, head to Spike + Earl where Nandine will be dishing up their revolutionary take on mezze and baklava.

Price: Dishes from £6. Tables can be booked in advance by emailing hello@spikeandearl.com, but walk-ins are welcome.

2. For a Seasonal Feast: Loam 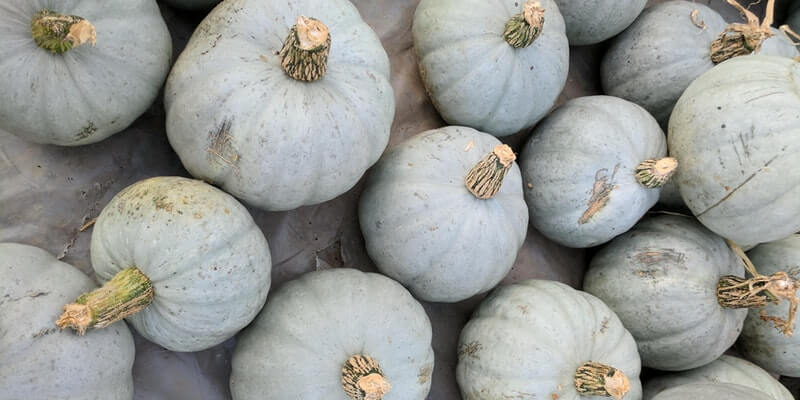 The Lowdown: Launching on Friday (20th October), Loam is a new seasonal feasting experience for the modern, curious and sociable diner. A series of pop-up dining experiences over three weekends this autumn, each will combine creative cocktails, hands-on masterclasses, abundant vegetable-led dishes and a celebratory atmosphere for the​ ​ultimate​ ​feel​ ​good​ ​weekend.

What to Expect: Upon arrival, everyone will be invited to try a traditional technique, such as pickling, preserving or cocktail making, using surplus ingredients from the farms. ​Once seated, guests will dine on four courses of appetising nibbles, sharing platters and desserts, with each dish designed for the veg-inclined and placing flavour and creativity at its heart. Championing root to stem seasonal cooking, Loam’s harmonious menu will change for each event to reflect the season’s most abundantly available produce. Event one will be curated by chef Jack Williams (Westerns Laundry, ex-Primeur) and be based on his principles of low-intervention, with dishes including Westcombe ricotta dumplings with cavolo nero,​ ​and​ ​meringue​ ​with​ ​spiced​ ​quince​ ​and​ ​cream.

3. For All the Goat: Jar Kitchen 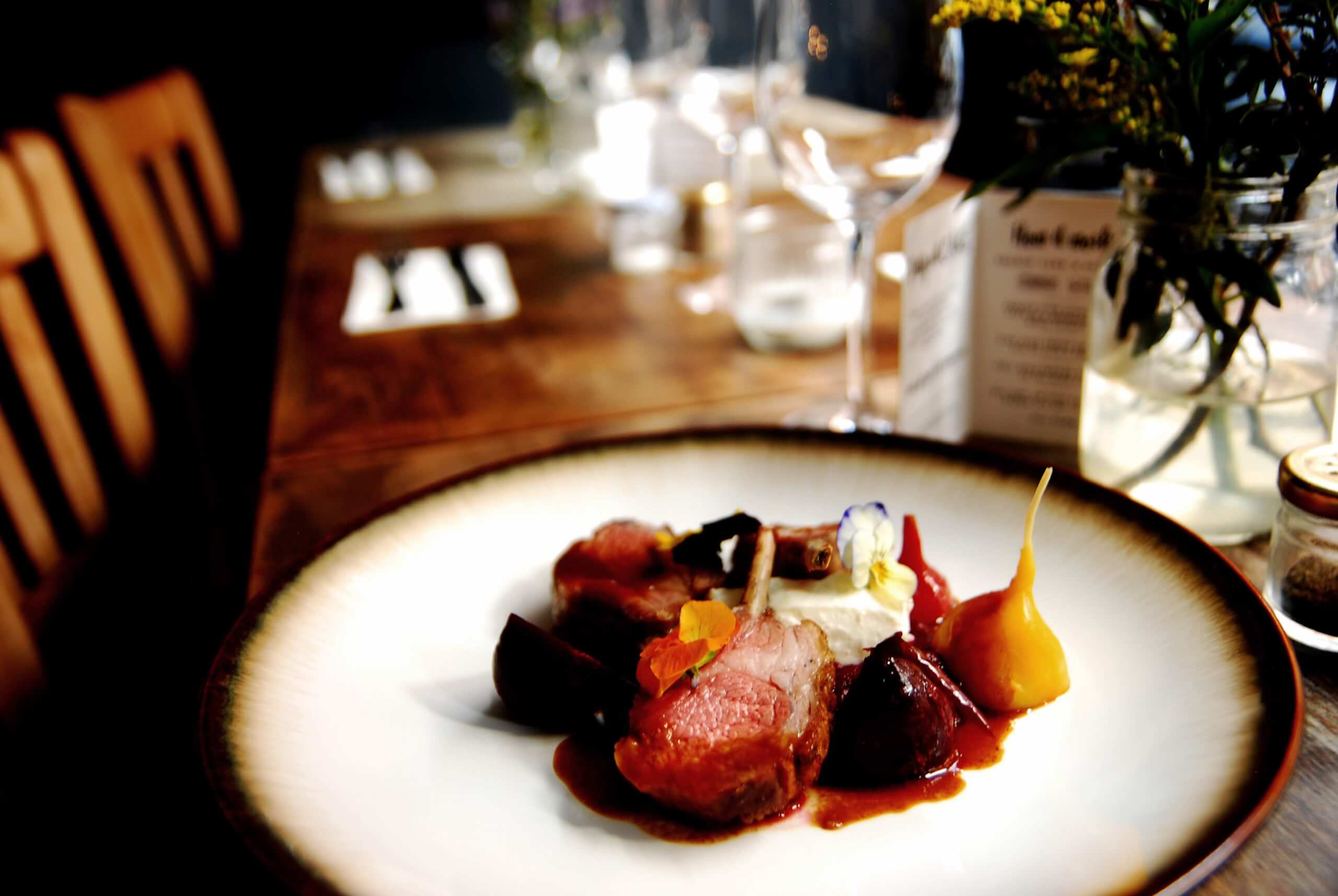 The Lowdown: On Tuesday (17th October), Jar Kitchen is teaming up with ethical meat champion James Wheltor, founder of Cabrito Goat Meat, to host an exclusive supperclub celebrating this delicious, sustainable meat. Jar Kitchen’s goat-inspired menu is available for one night only at their Covent Garden restaurant to celebrate Goatober.

The Event: The menu will feature dishes such as pulled goat with flat breads and apple and turnip slaw; stuffed goat’s heart with chill freekheh and red wine jus; and goat’s curd mousse with ginger bread and lemon meringue. To accompany the food, Alliance Wines will be supplying wine pairings chosen to enhance the flavours of this exciting one-off menu. 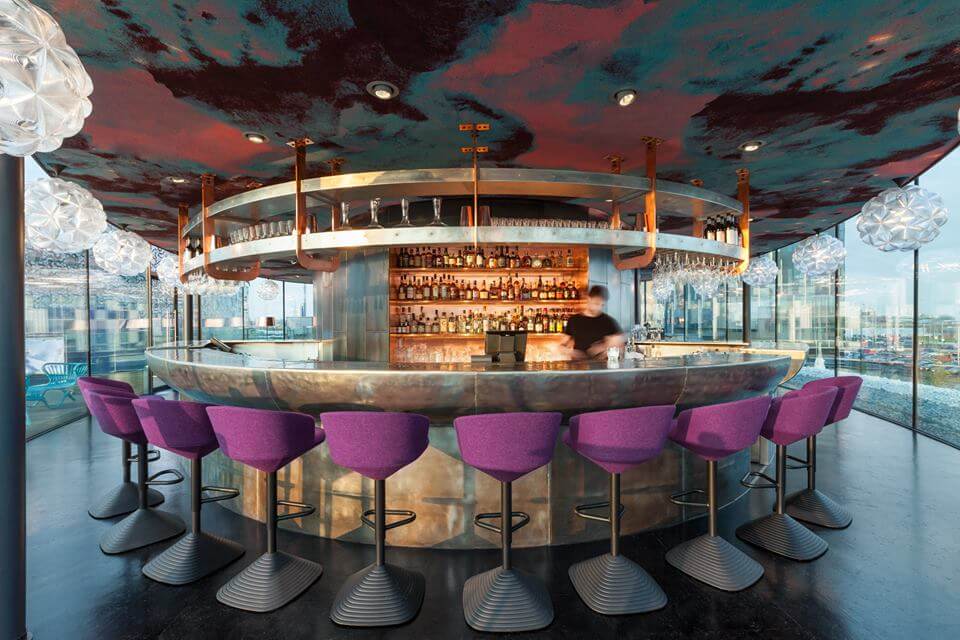 The Lowdown: On Thursday (12th October), Stevie Parle and the Craft London team will welcome Chef Tim Anderson for a unique evening of Japanese regional dishes cooked using recipes from Tim’s new book, Japan Easy. As part of Craft London’s commitment to working in collaboration with other fantastic chefs, this event will showcase the synergy between the team’s ethos of sourcing as locally as possible, and Tim Anderson’s own approach to satisfying cooking using simple ingredients.

The Event: Enjoy classic snacks including edamame, gyoza and sushi rolls, along with a variety of ingredient-led dishes such as chicken yakitori with cabbage, sweet ginger and vinegar; turnips with sweet miso; a surprisingly awesome one hour miso ramen; and matcha mascarpone pots to end the evening on a sweet note. The evening will also include a home-made Umeshu cocktail to start along with a hot drink from independent tea suppliers Postcard Teas to accompany dessert.

5. For a Celebration of Game: Trullo 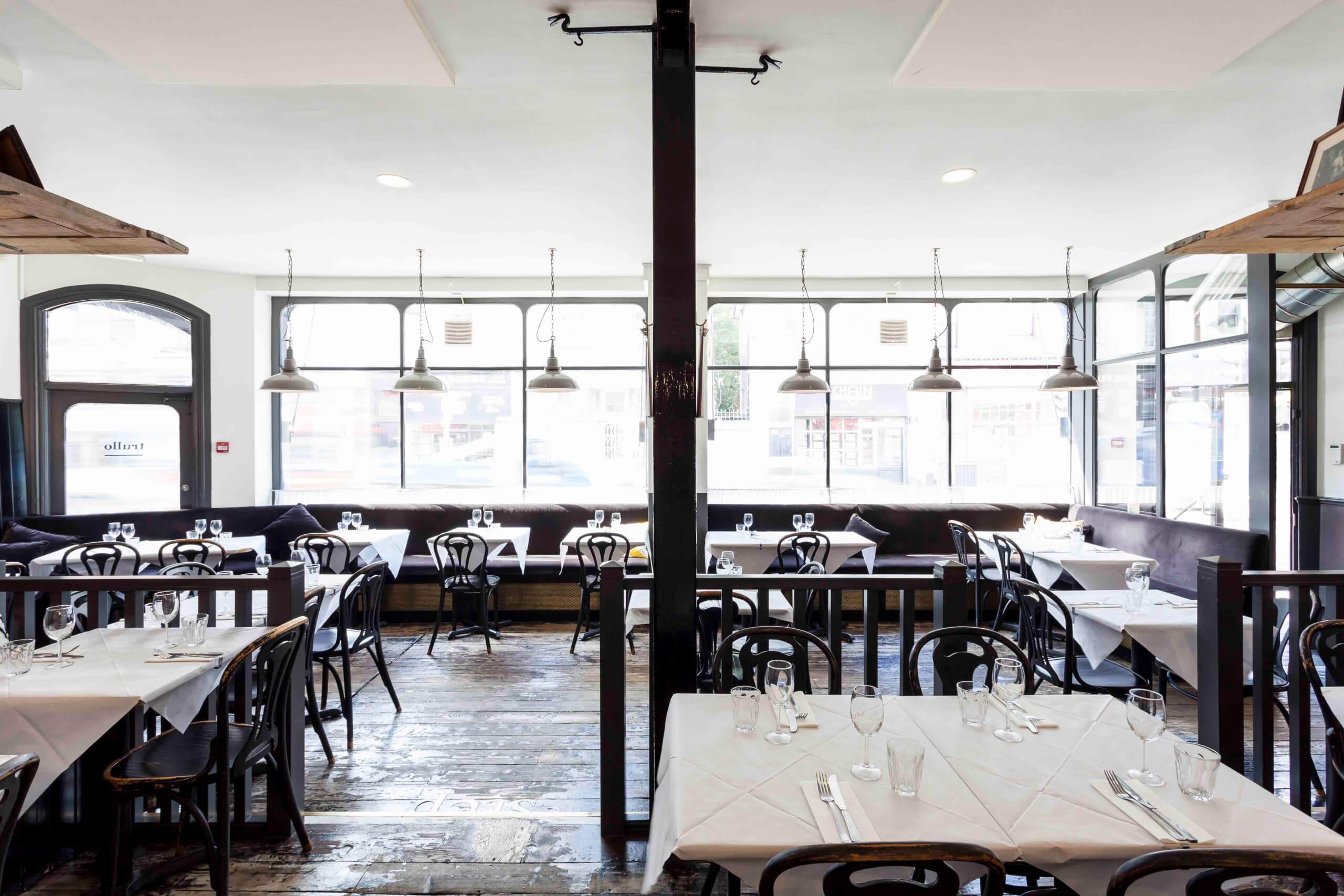 The Lowdown: Trullo is hosting a special game feast on Sunday (15th October) with their game supplier, Dunmaglass Estate in Scotland. Dunmaglass Estate have been supplying Trullo’s game for the last three years, and are known for their grouse, partridge, pheasant, duck and venison.

What to Expect: The game feast menu is influenced by the Italian style of cooking that Trullo is known for, but the real emphasis of the feast will be on the quality game used at Trullo and making the most of the distinctive flavours of the different meats, with venison, grouse and partridge all featuring on the menu. The menu includes: chopped raw venison fillet; pappardelle with Dunmaglass Estate Grouse ragu; roast partridge, confit leg, chicken liver and girolle crostini, Castelluccio lentils and watercress; and upside down pear and almond cake with cinnamon custard 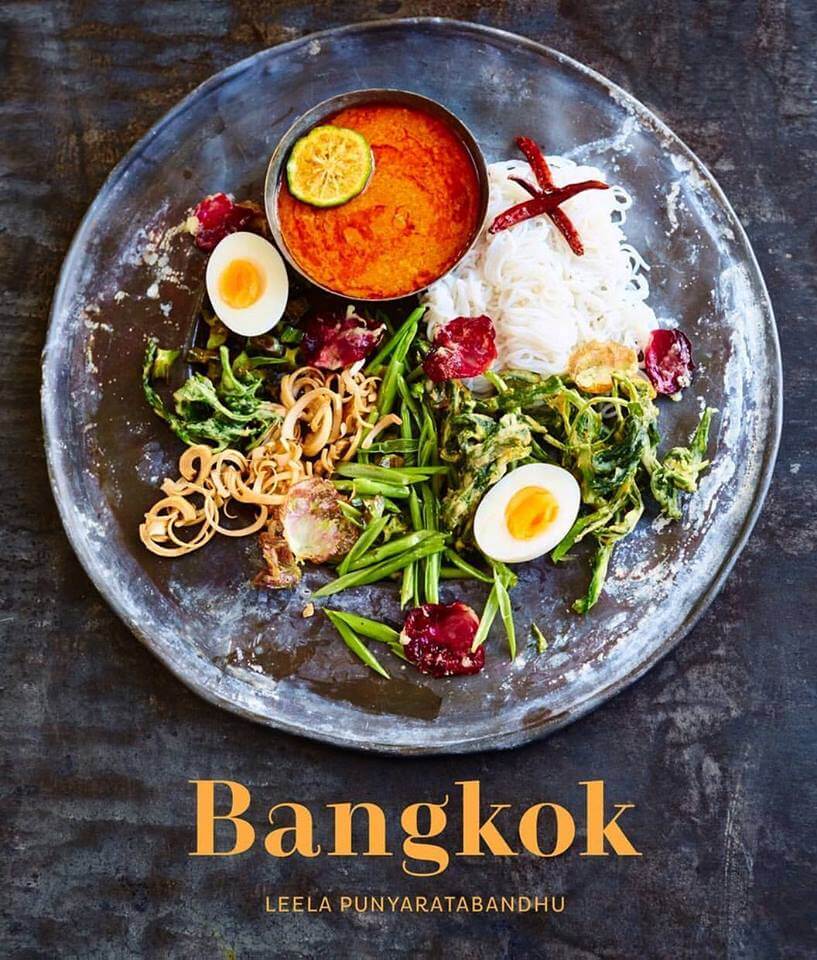 The Lowdown: On Monday (9th October), Andy Oliver and Mark Dobbie of som saa will be joined in the kitchen by award-winning author, Leela Punyaratabandhu, to celebrate the launch of her new book, Bangkok. Together, Andy, Mark and Leela will serve a family-style sharing menu with recipes from the book for a one-off ticketed dinner, in an ode to Thailand’s vibrant capital.

The Event: The menu will include snacks for the table such as rice boodle parcels, and rice crackers with a pork and shrimp coconut dip, followed by sharing plates such as a green curry of aged beef sirloin; fried chicken in pandan leaves; a crispy spinach salad; and a salted soybean and coconut relish with vegetables and herbs. A dessert of sweet mango sundae with pandan coconut sticky rice will finish the menu.

Price: £50 per person for the sharing feast and each table will also receive a copy of Leela’s book Bangkok. Tickets here. 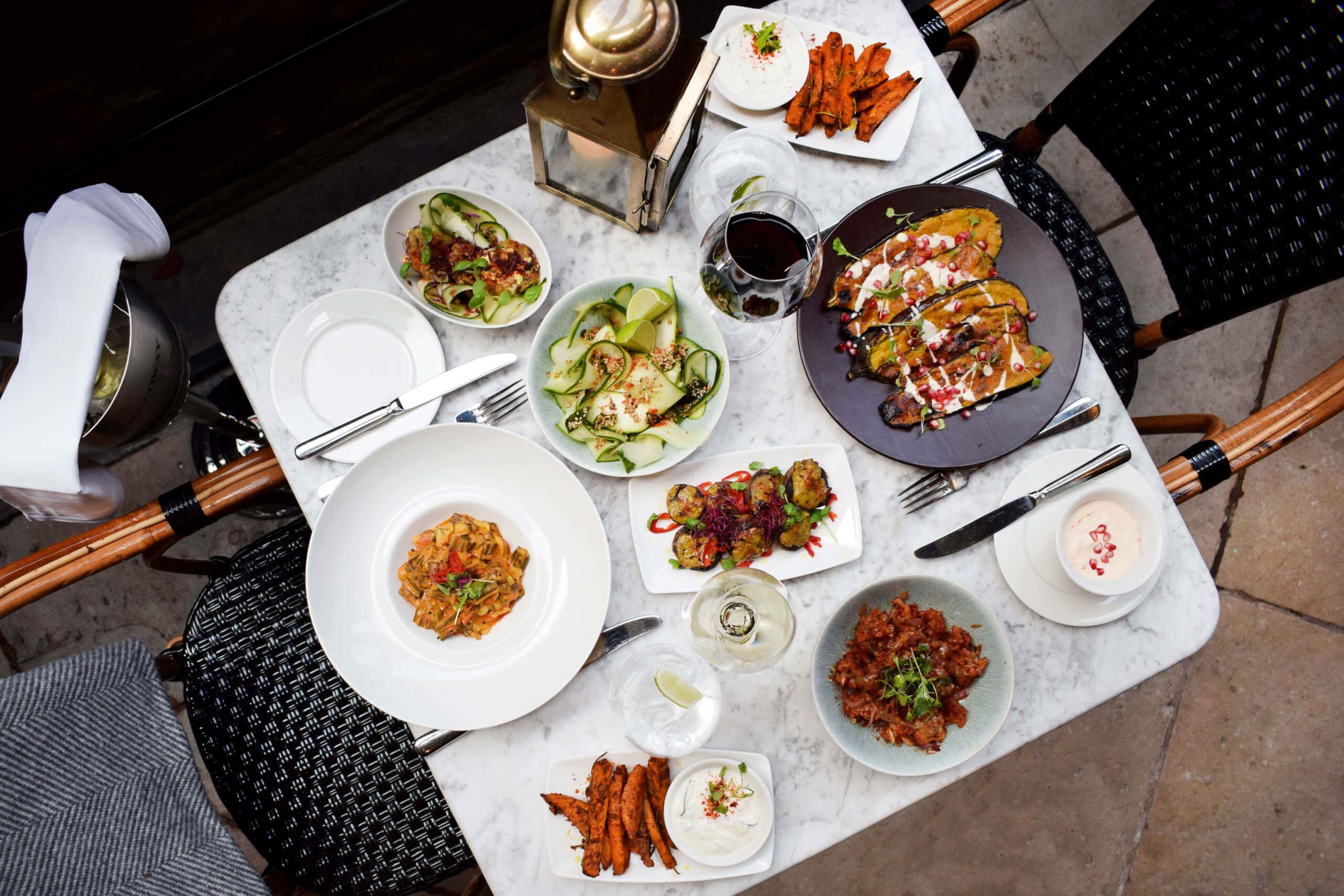 The Lowdown: Dalloway Terrace is hosting a one-off vegetarian supper club ‘Diwali On Dalloway’ on Thursday (19th October) with guest chef, Mira Manek. The supper club will pay tribute to Diwali, a celebration in the Northern Hemisphere known as the Festival of Lights and will also feature as part of the 2017 Bloomsbury Festival. 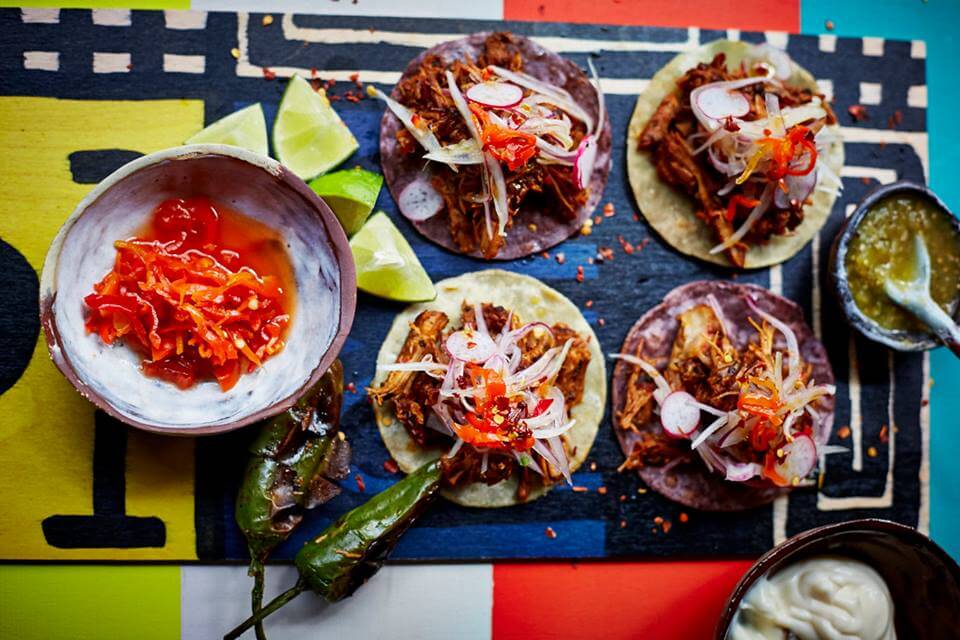 The Lowdown: For one weekend only, Breddos are bringing over Ray Garcia from B.S Taqueria for the third event in their Breddos x TABASCO TacOver series. Ray will be joining Breddos in the kitchen for a two day event, including a ticketed sit down 5+ course dinner on Saturday (21st October), followed by an non-ticketed all-day taco and mezcal party on Sunday (22nd October).

What to Expect: Ray Garcia is one of the most celebrated chefs of Mexican cooking, crowned Esquire’s Chef of The Year in 2015, and founder of the critically acclaimed restaurants Broken Spanish and BS Taqueria in LA. He takes traditional Mexican-American ideas and weaves in surprises like black garlic and foie-gras butter. Standout dishes include rabbit meatballs with bacon and chipotle salsa; oxtail quesadilla with plantain, habanero and salsa quemada; moronga (blood sausage) with peach and arugula; and goat’s milk flan with pistachio and roasted apricot.

9. For a Beer Festival: Heist Bank 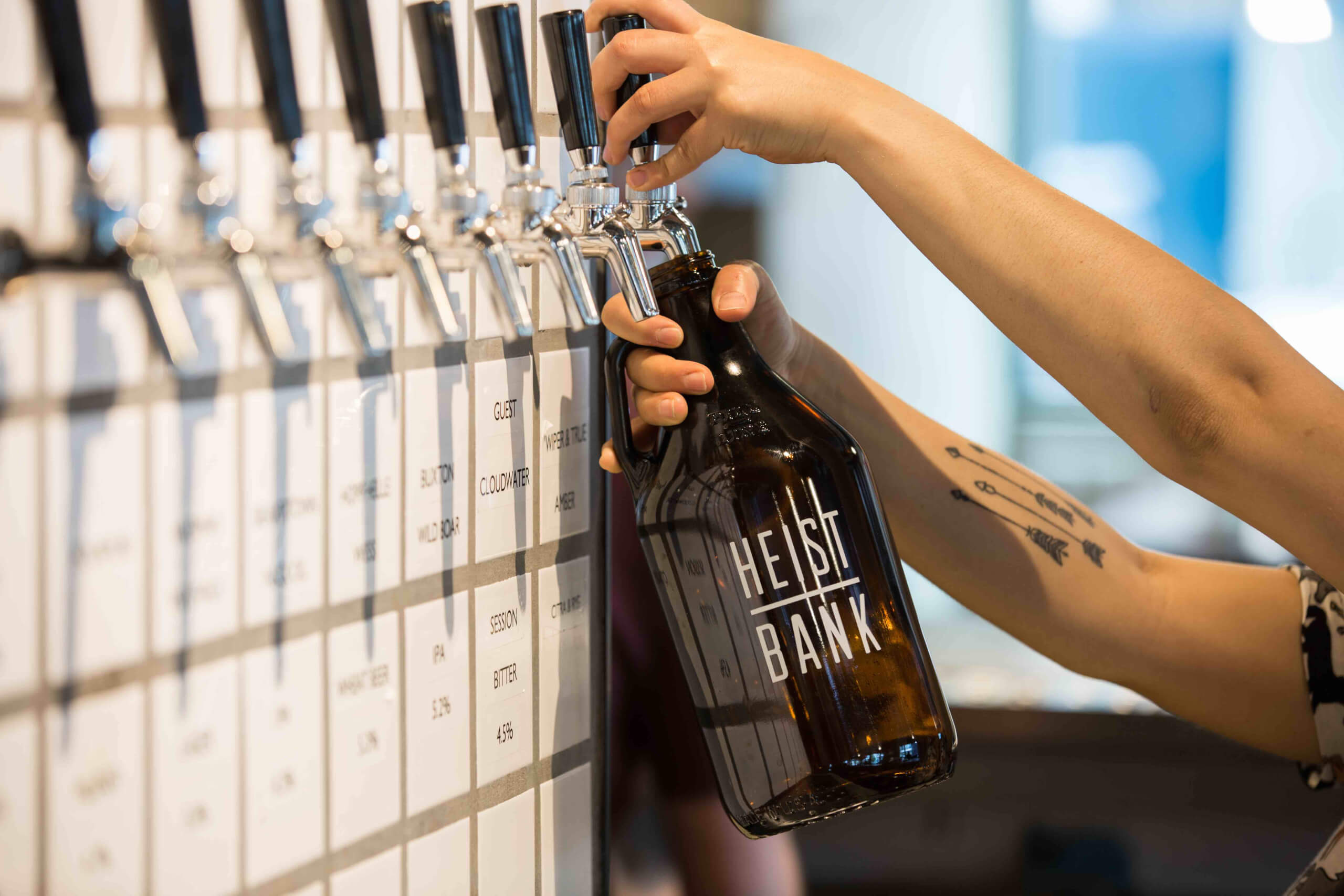 The Lowdown: Heist Bank is launching its first Beer Festival: a weekend of keg and cask beer festivities taking place on the 14th and 15th October at the Paddington bar. The weekend will be a celebration of beer from some of the UK’s finest breweries. Fourpure, Beavertown, Thornbridge and Wild Beer Co. will be headlining the weekend and launching special, seasonal releases and collaborative brews.

What to Expect: The festival will feature European craft beers such as To Øl from Copenhagen and Norwegian Lervig which will be pouring alongside New Zealand’s finest Yeastie Boys and 8 Wired. The festival headliners will be running workshops in the Heist Bank games room. The weekend will combine beer with its natural culinary counterpart: pizza. The pizza oven will be blazing throughout offering a great selection of pizzas to soak-up the beer. Heist Bank’s homemade sourdough pizzas are cooked in the wood-fired pizza oven and are topped with both classic and inventive toppings such as smoked lardo, Birchden farm asparagus, burnt shallots and cured meats from Hackney based Black Hand foods.

Price: Tickets cost £15 and include a 5 hour session, 2 beer tokens and 1 food token. Tickets available here and at the venue. 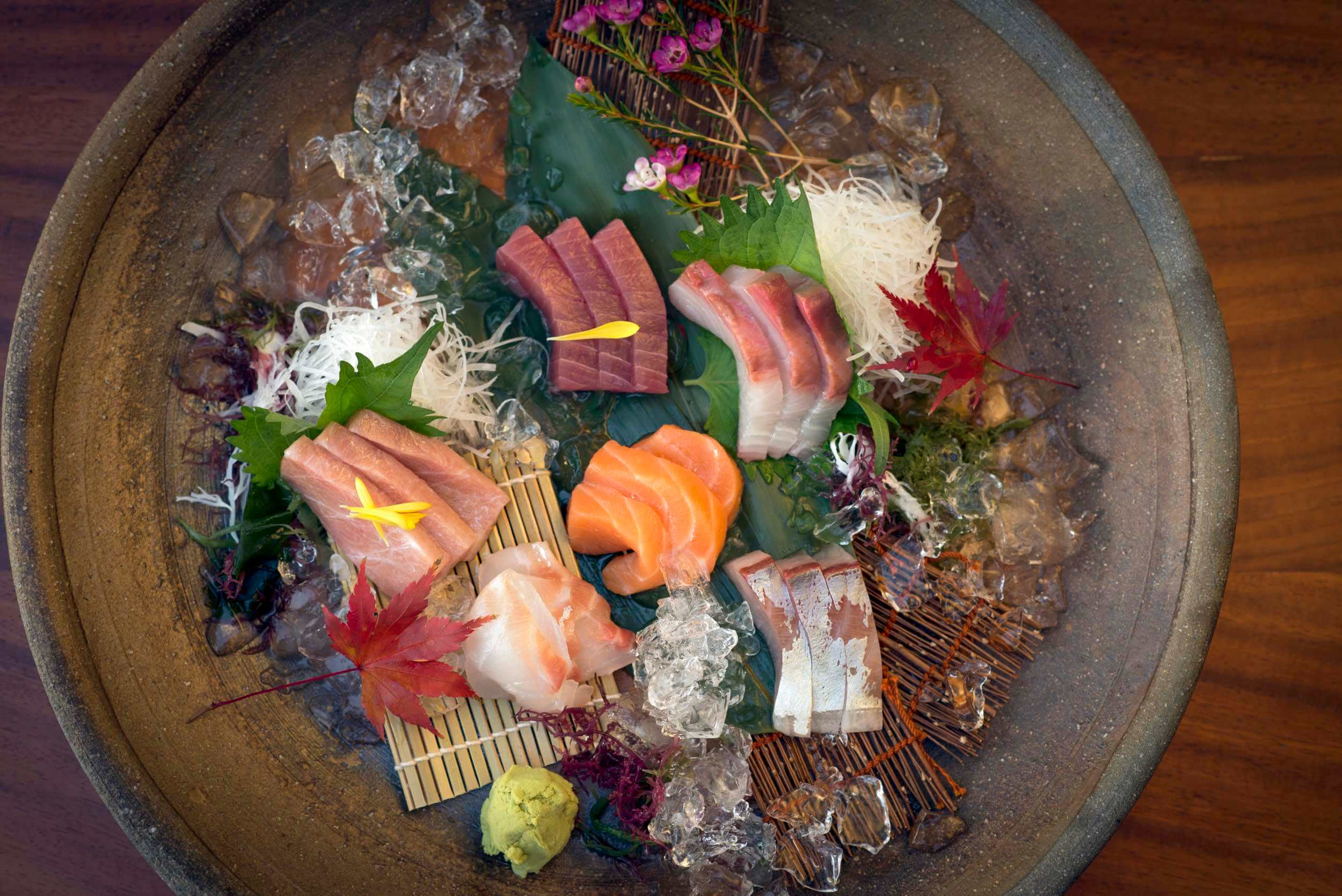 The Lowdown: Carousel in Marylebone is welcoming chefs from far and wide to man the kitchen this month. Catch TĀ TĀ Eatery in action from 10th – 14th October, and rising star Tom Brown from 17th – 21st October. And head chef Ollie Templeton will be dishing up  creative seasonal small plates, served from 12pm-3pm every Tuesday to Saturday.

What to Expect: Inspired by a mutual love of rice, former Nuno Mendes duo, Ana Gonçalves and Zijin Meng, first launched their Chinese-Portuguese cross-over concept as a street food stall at Druid Street Market. Following huge success serving their food to the masses, TĀ TĀ Eatery opened as a pop-up at Curio café in Haggerston. The pair will be bringing their signature rice dishes to Marylebone, offering guests a taste of their high-end Chinese style tapas with Portuguese influences. Tom Brown is a protégé of Nathan Outlaw’s, the Cornishman has retained a Michelin star as head chef at Outlaw’s at The Capital for two years running, proving his unrivalled experience cooking seafood and fish. Tom’s menu at Carousel this autumn will showcase his skill as master of the simple, like his sublime smoked haddock, leek and rarebit tart.