Emily Stilson, a fiercely independent aviator and wing walker, suffers a stroke that destroys her sense of reality. Now imprisoned by aphasia – a resulting side effect of her stroke – Emily’s mind is struggling to recompose a shattered self.

Arthur Kopit’s Wings is dedicated to his father George who suffered a stroke in 1976, rendering him incapable of speech. As a playwright and highly articulate speaker, Arthur was consumed by the ‘causation of language dysfunction and the emotional isolation of stroke victims.’ Wings is testimony to this confused and unsettling state of flux. 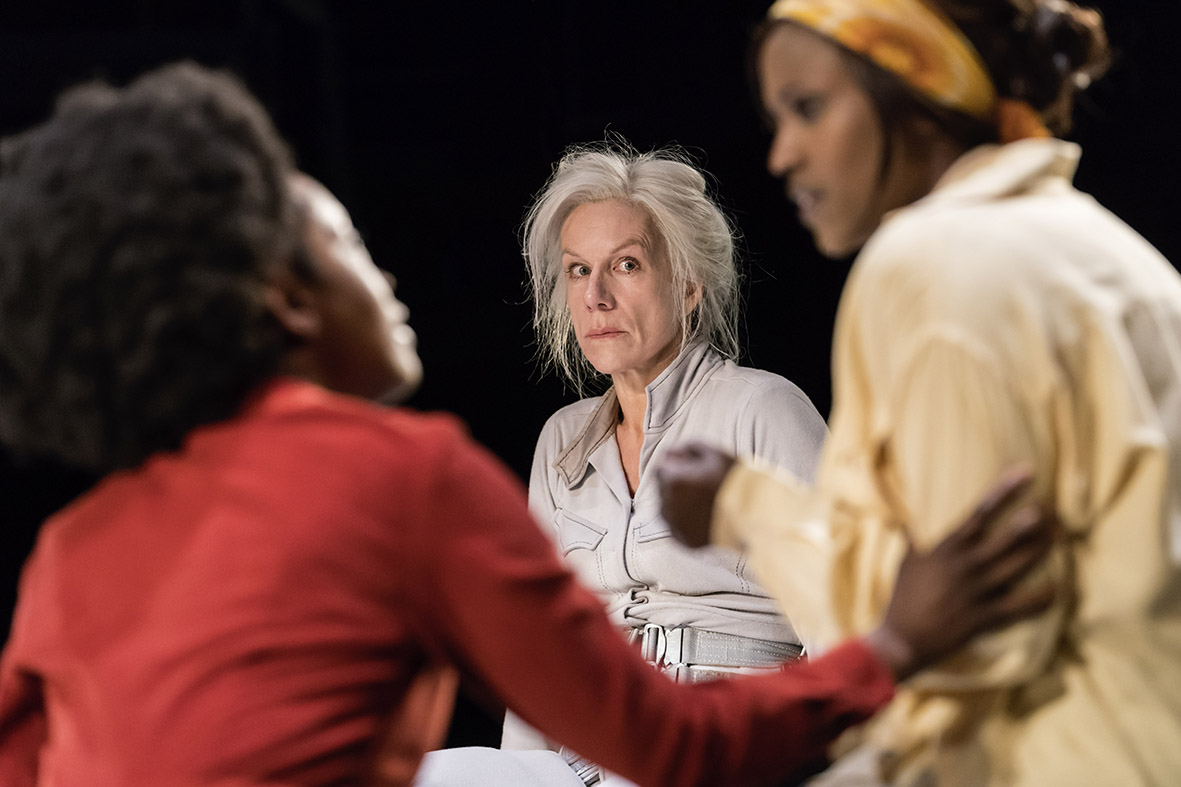 Taking the audience on a unique journey to the ‘sensational interior of his aviatrix,’ Kopit’s one-act avant-garde work is fuelled by perplexing prose. With a script resembling a John Cage score, director Natalie Abrahami must be praised for her interpretation of the work. Given a solid structure, Abrahami breed’s duality into the piece by shaping the polarising confines of Juliet’s world and the people in it. This is aided further by Michael Levine’s set, complete with gauze curtains skirting either side of the stage. Projected images appear intermittently as a moving platform – suggestive of a CAT scan machine – scoots from one end of the stage to the other. 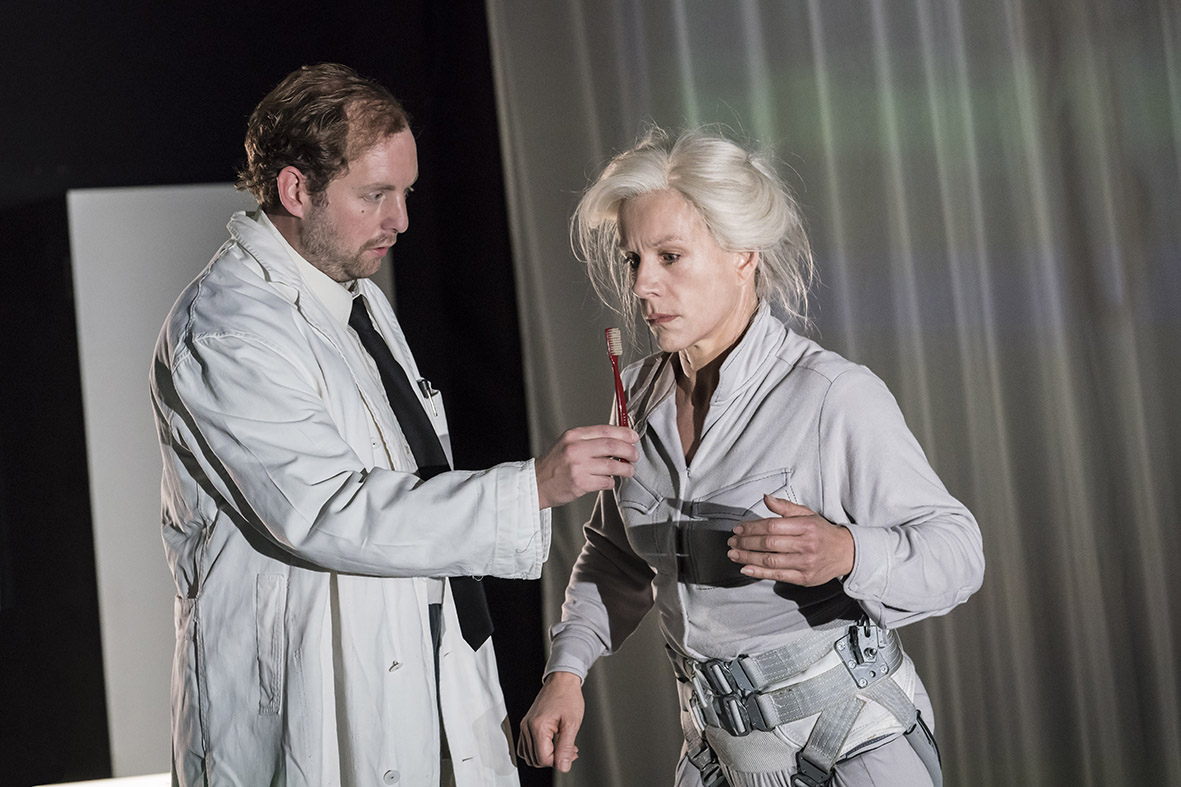 As Emily, Juliet Stevenson gives a virtuoso performance. As the driver of the play, Stevenson performs a wholly physical act, from aerial somersaults right down to her pointed and sporadically twitching foot. Stevenson’s progression as Emily’s condition betters, is a discrete and skillful shift, adding a softness and humour to her persona. 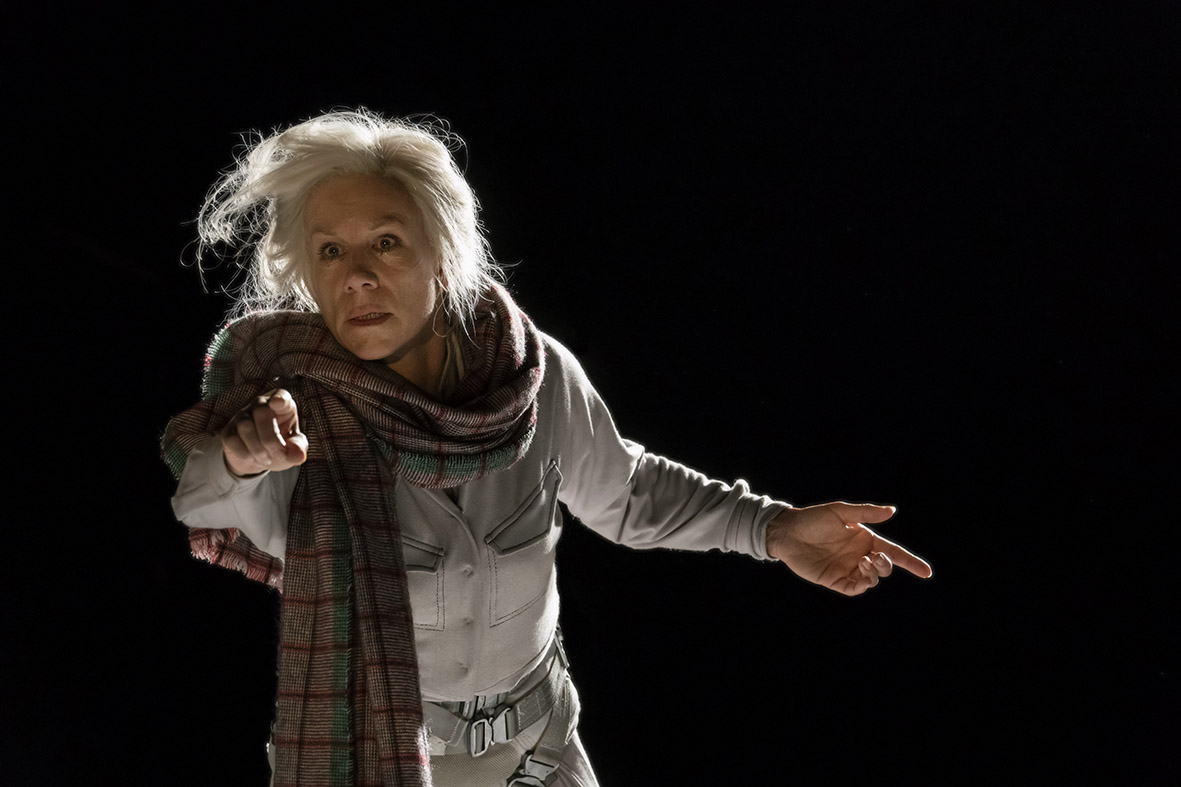 Wings is a misshaped recollection, an outer body experience, and a neurotic dreamscape all in one, in which the audience and the players are never entirely sure when or if they will find solace.

Wings is at The Young Vic until 4th November 2017.