If the musical’s opening number Best Face Forward is to set the tone of the evening, War Paint is set to be a lush, rose-tinted, all-consuming endeavour.  Touching on the political, gender relations (If I’d Been A Man) and reinvention of self, War Paint heralds the success stories of two makeup mavericks, Elizabeth Arden and Helena Rubenstein. 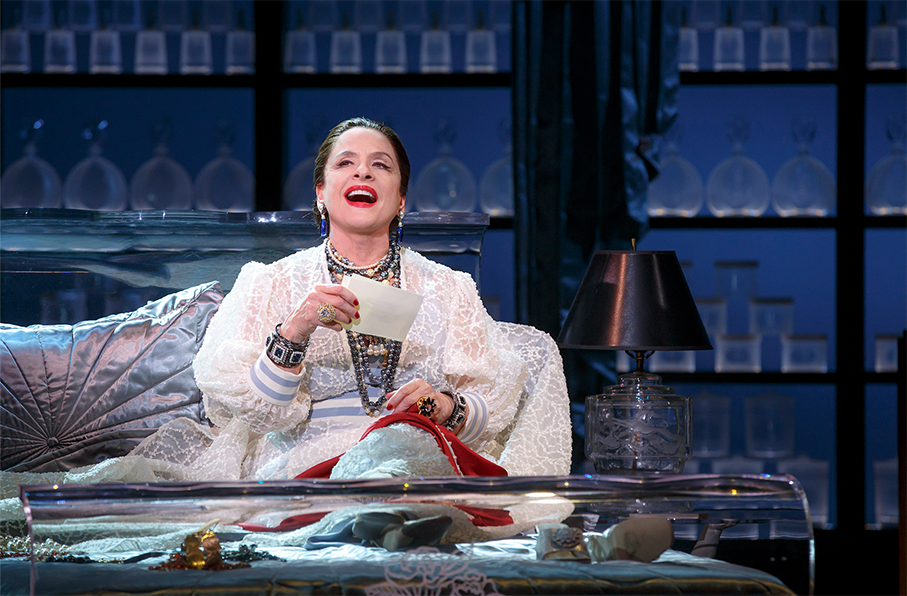 Perhaps the greatest success of Wright’s book lies in its contrasting views and opposing tacks of its central players. Elizabeth Arden (Christine Ebersole) is representative of the upper-echelons of society, although she herself originally came from a farm in Ontario. Arden’s signature pink porcelain products and iconic Red Door (left ajar only for blue-blooded clientele), summate her overall aesthetic and business mindset. European immigrant Helena Rubenstein (Patti LuPone) stands strong as a jewel spangled magpie, decorated in varying degrees of gild from diamonds to costume jewellery. Rubenstein is the self-made, nouveau riche, scientific maverick, who remains unwelcome in the “restricted” stratums of society. She is also the woman you can thank (or curse) for the invention of day and night cream. 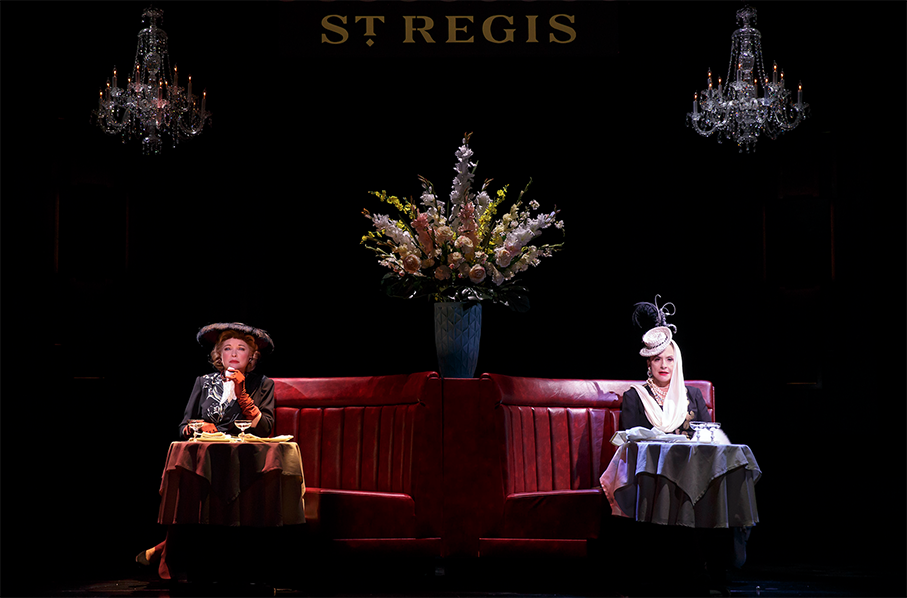 The mostly sung-through work, running at 2 hours 30 minutes, offers brief interjections of dialogue and historical (mostly factual) background. Despite certain liberties of time compression, and the addition of a few composite characters, War Paint hews very closely to the actual lives these two remarkable, audacious titans led, spanning the years between the mid-1930’s and mid-1960’s. 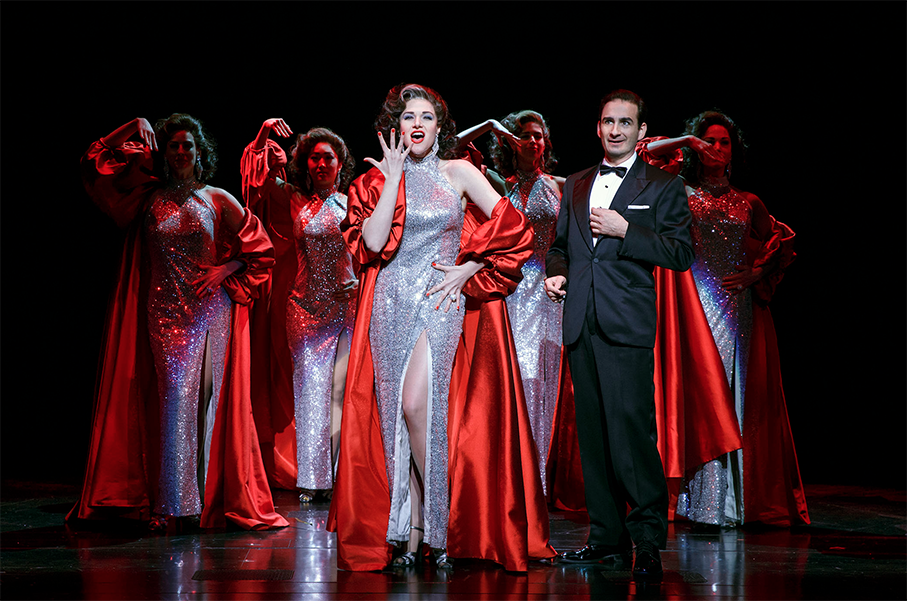 Doug Wrights’s witty book and razor sharp turn of phrase is enhanced by Grey Garden’s duo Scott Frankel and Michael Korie’s wondrous melodies and pointed wordings. In LuPone’s Forever Beautiful, Rubenstein discounts prescribed beauty standards, solidifying her image of beauty by way of a vast self-portrait collection as seen through the eyes of Picasso, Dali and Giacometti amongst others. Forever Beautiful challenges prescribed concepts of beauty while ultimately confessing to our innate vanity. Transversely, in Pink, Christine’s final torch song, she sings: “In years to come I wonder how they’ll picture me. A legend, or some aging erstwhile juvenile in Pink.” Through humourous and exposing lyrics, greater questions are asked. Like the product it is pushing, War Paint is both pragmatic and frivolous; its women commendable and deplorable in equal part. 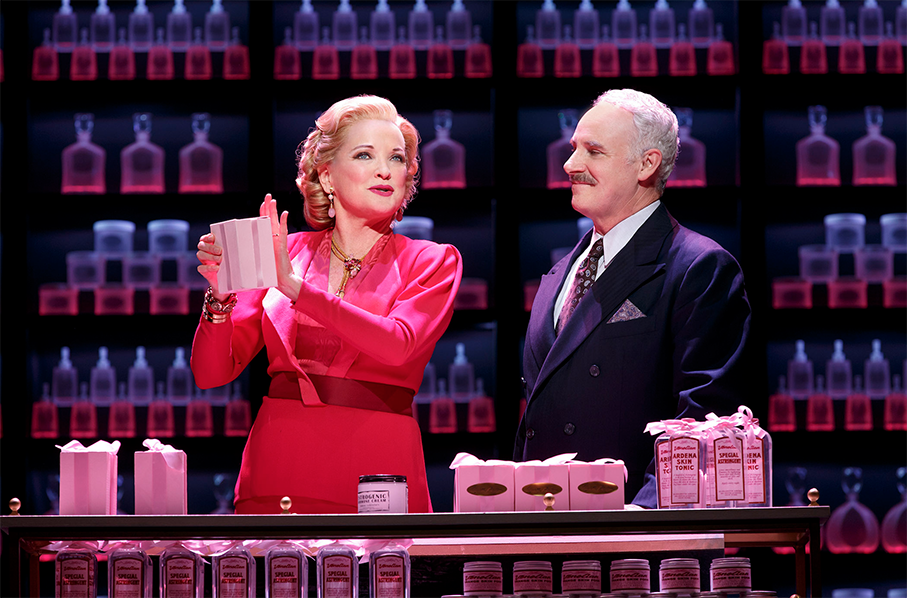 In their portrayal of such powerful (and polarised) beauty titans, LuPone and Ebersole are insurmountable. Director Michael Greif’s (Dear Evan Hansen, If/Then) confidence in their abilities is palpable, and in the concluding scenes of Act Two, Greif makes the bold, and fitting decision, to allow these women – of beauty and of Broadway – the breathing space they deserve. For a shared moment, all of their overlapping legend can exist in the room. Engulfing the stage with their prowess, I can think of no better pair to play out this marvellously witty and ruthless tête-à-tête.