London / Culture / Theatre / About Time You Saw: Shit-faced Showtime: The Wizard of Oz

About Time You Saw: Shit-faced Showtime: The Wizard of OzBy Gilly Hopper

A Magnificent Bastard Productions pertains an air of expectation. Their productions are likely to be a) outlandish and b) (as the names hints) magnificent. Now, in the follow on from their successful run of Shitfaced Shakespeare comes their sibling project, Shit-faced Showtime. Their new work is a musical revue meets binge-drinking hybrid. Pure novelty, Shit-faced Showtime: The Wizard of Oz is packed full of popular songs from The Wiz, Wicked and the Wizard of Oz. Featuring a rotating cast of seven professionally trained musical theatre performers, the work mixes classic show tunes, complex choreography and one entirely shit-faced actor. 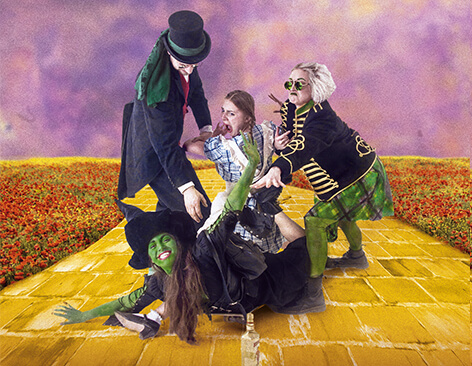 How it works: each performance has a cast of actors, who arrive 4 hours before the start of the show for a ‘piss up’ (of sorts) during which one performer gets utterly shit-faced. Then, it’s curtain up and a balancing act between sobriety and improvisation ensues. Every show is a one-off, with a different drunk actor for every show. Every single time they are genuinely inebriated. 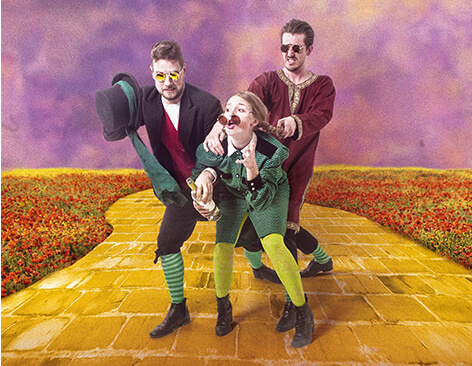 Stumbling down the yellow brick road, Shit-faced Showtime takes the piss out of the classic tale of Dorothy and her companions. Eseentially it’s a case of the more inebriated the actor (for our show, the scarecrow) the better the play will be. Outside of moments of unanticipated drunken patter, the play can feel a little laboured, remaining at its most interesting when action strays from the original storyline (read: higher intoxication = more outlandish improvisations.) 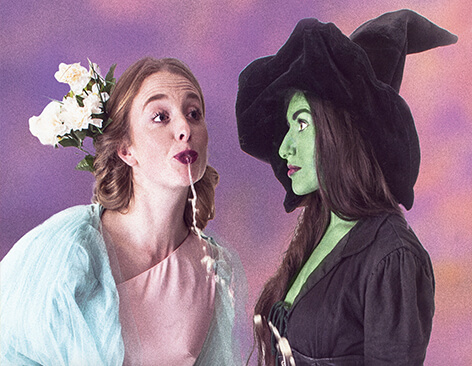 While some moments fall flat there is a residing allure in the one-off, randomness and happenstance of what an evening (or an actor) will present to the audience. No two shows are ever the same therein lies the show’s greatest appeal; an ideal choice for a one-off evening of entertainment, rather than a stimulating theatre outing.