A British history play is not a common mid-summer West End production. Nor is it common for the male dominated, male-focused, Royal Shakespeare Company (RSC) to present a female led work such as Queen Anne. Written by Helen Edmunson and directed by Natalie Abrahami the work is helmed by two opposing female protagonists – Anne Stuart (Emma Cunniffe) and her scheming best friend Sarah Churchill (Romola Garai). Anne is pale, poorly and dejected. Sarah is scheming, glamorous and direct. Edmundson’s play is not only a portrait of the last of the Stuarts – which admittedly requires a brief history lesson – but is also a story of unbalanced female friendship.

The lesser-known English Monarch Anne Stuart – the designated successor to William and Mary of Orange – ruled England for 12 years from 1702. Exposing many modern parallels, Queen Anne touches on themes of stretched national finances, in-party politics and even the union with Scotland. 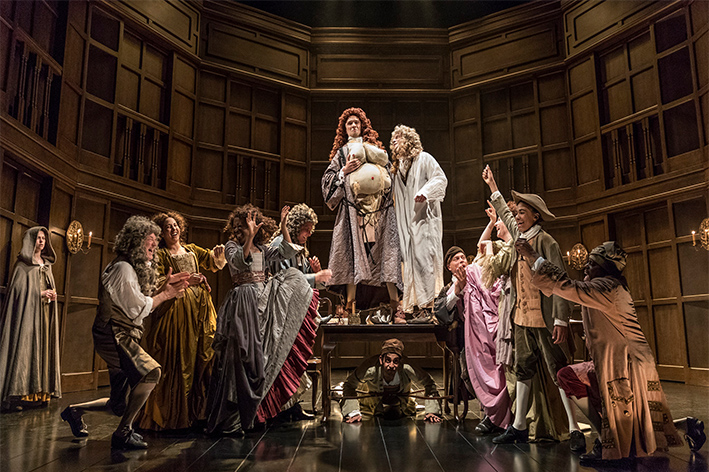 Disruptive rounds of satirical song are interjected throughout as the newly appointed monarch is chided over a variety of subjects – namely her inability to provide a male air. Despite her 17 pregnancies only one child survived past infancy.

The play’s greatest surprise is in its portrait of Anne. Refocusing history to look more at Anne’s personal growth as a monarch who overcame her shyness to become a staunch queen, this is a captivating work of female agency. Queen Anne succeeds in its retelling of a childless Anne Stuart’s rise to become “mother of a nation.”