Wilton’s, the last surviving Grand Music Hall in the world, has just commissioned their first Christmas Show. Co-written in 2012 by father and son duo Barry and Bob Cryer, the scene is set somewhere in the celebrated 221B Baker Street residence, but despite jumping on the Sherlock bandwagon, Mrs. Hudson’s Christmas Corker by no means lays the foundations for you typical Christmas variety act. 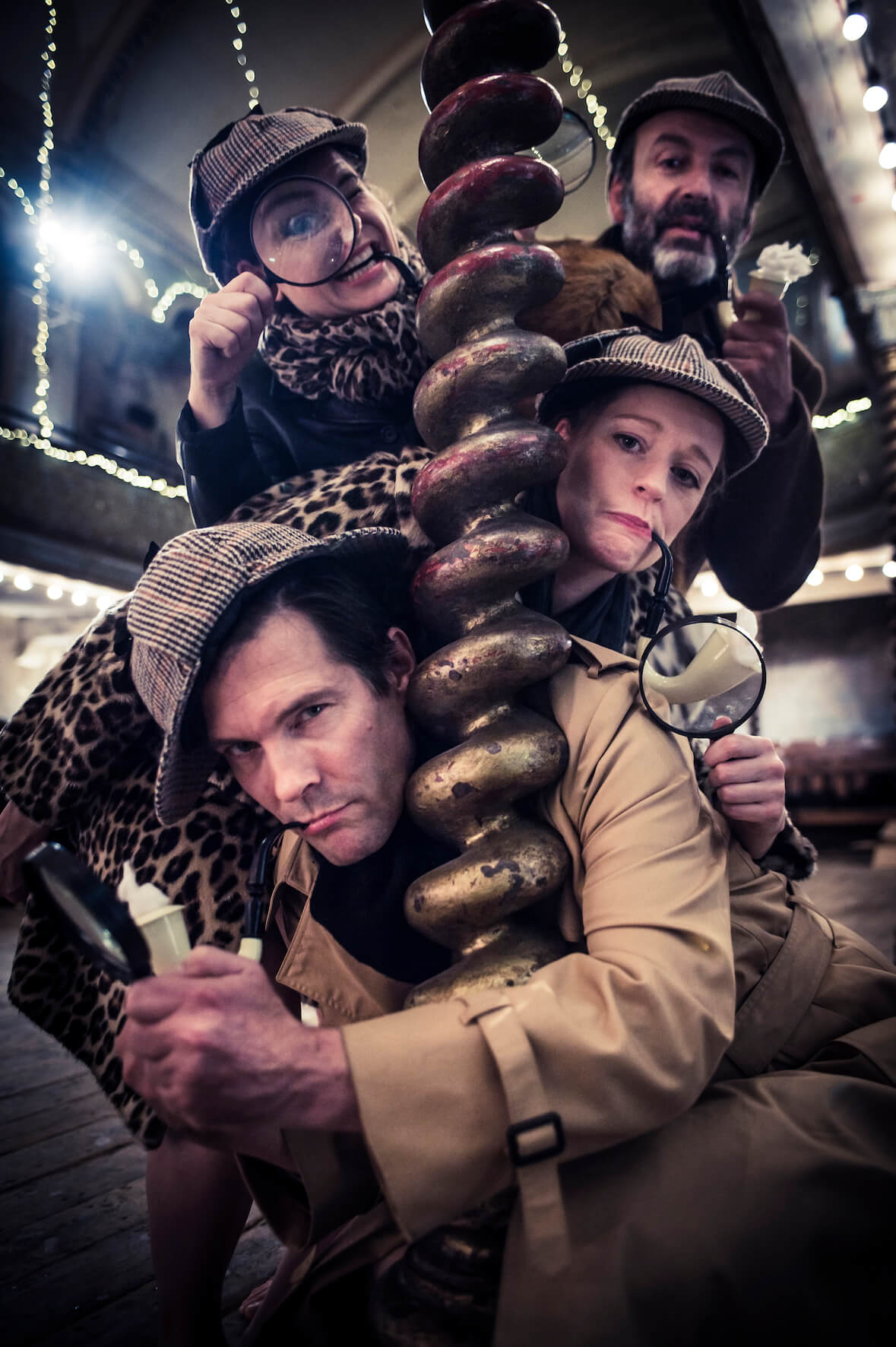 Mulled wine in one hand, mince pie in the other, arrive early to soak up the Yule-tide charm of this celebrated venue before the raucous show commences. Physical comedy group Spymonkey (founded by Toby Park, Petra Massey and Aitor Basauri) are all sorts of peculiar. Their darkly comedic routines add to the production’s nonsensical plot, recording the minutiae of a landlady’s daily domestic ritual. The quartet of performers hail from Spain, Germany and England, and play on this internationalism with great wit and self-deprecation. 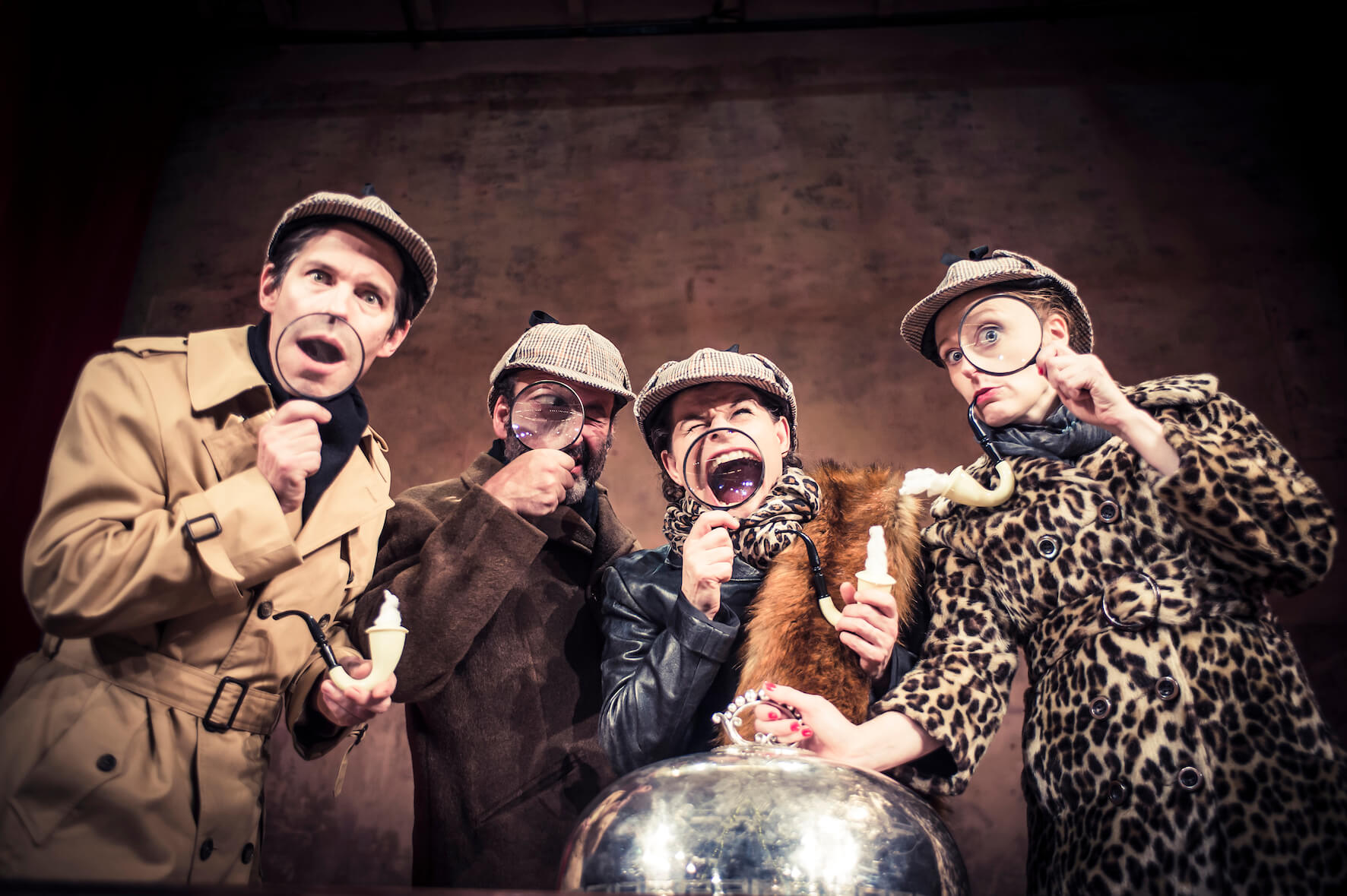 The first long running Christmas production staged at the theatre since 2010, Mrs. Hudson’s Christmas Corker is a doozy. Audiences will doubtless find Sherlock’s speculations regarding tearooms in Kensington particularly imaginative, while Act Two is a truly side-splitting venture which sees the cast re-enact their version of the nativity: the Immaculate Conception has never been so vibrantly explained. 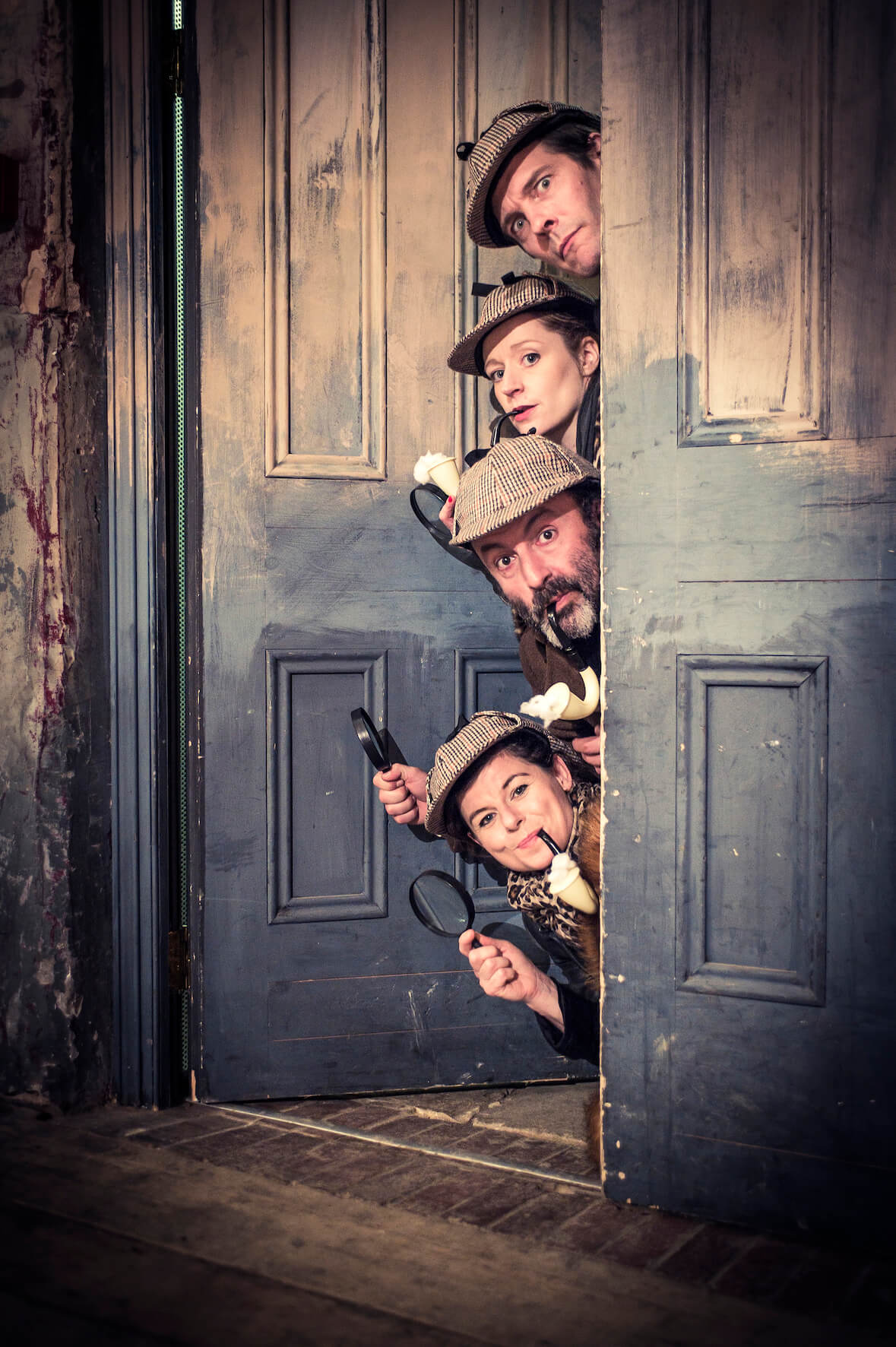 No plans for New Years Eve? With performances until Wednesday 31st December, the final show runs in tandem with Wilton’s Special New Year’s Eve party. Tickets are available for an additional £10, giving ticket holders exclusive access to Wilton’s and The Mahogany Bar party after the show.