“Daughter. Liar. Wife. Thief. She has been running for so long, no one knows the real Marnie, least of all herself.”

Running until December 3rd  at the London Coliseum, Marnie is a compelling psychological thriller set in England during the late 1950s. Marking the third operatic endeavour by thirty-something composer Nico Muhly, here are five reasons not to miss this seminal work.

1. You loved the novel more than the movie.

Inspired by the writer of BBC’s Poldark, Marnie takes inspiration from Winston Graham’s novel of the same name. Marnie, a title widely associated with Alfred Hitchcock’s 1964 film, is the story of an enigmatic, identity-changing, kleptomaniac young woman.

In Muhly’s (and librettist Nicholas Wright’s) adaptation, the story follows the narrative outlines of Graham’s novel, retaining the original 1950s British setting of the Home Counties. Characters dropped by Hitchcock in the film, are reintroduced on stage – most notably, Mrs Rutland, the formidably manipulative mother of Marnie’s husband, Mark.

Haven’t read the book but have seen the movie? Take note of the opera’s alternate ending. 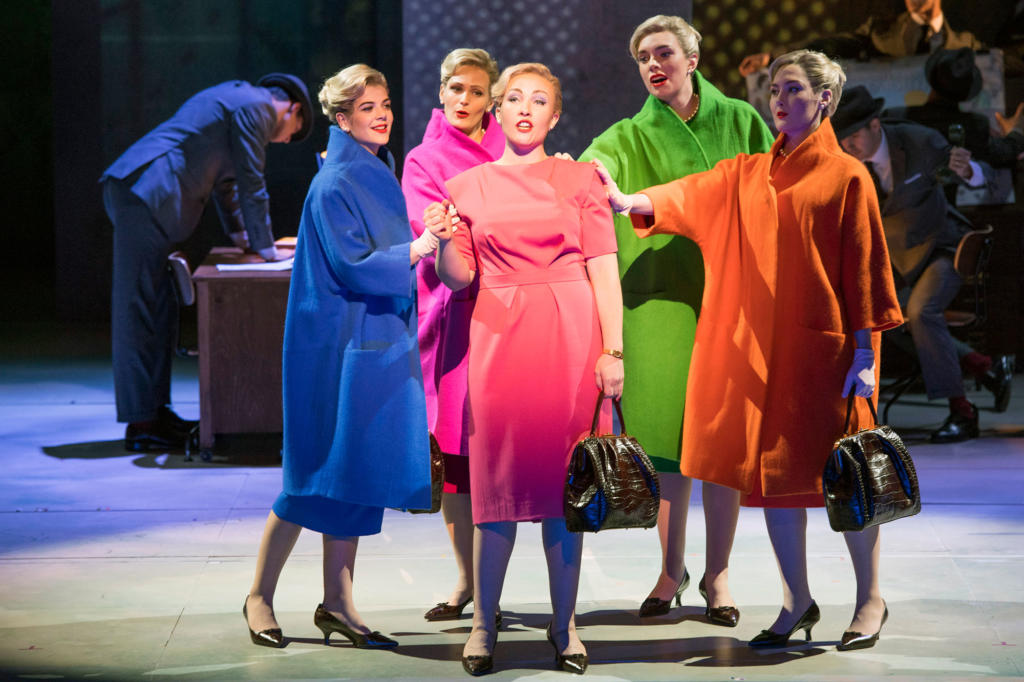 2. The costumes are sumptuous.

Award-winning costume designer and stylist, Arianne Phillips has styled everyone from Madonna to Courtney Love. With the unique ability to transition between fashion and film – note her glorious design’s for Tom Ford’s A Single Man – and now opera, her creations are always considered and charismatic.

In this Hitchokian drama, Phillips has her work cut out for her with a total of 15 costume changes for the opera’s central character. Amongst the racks of clothes sits Marnie’s most essential accessory – a bespoke Prada handbag created in collaboration with the Italian couturier.

Each ensemble is a piece of high-octane eye candy. One of the opera’s most notable costume moments occurs during Act Two’s depiction of a therapy session in which Marnie’s four alter egos appear on stage. Dressed in primary colours and striking silhouettes complete with Prada handbags and shoes, this is 1950s glamour at its height. 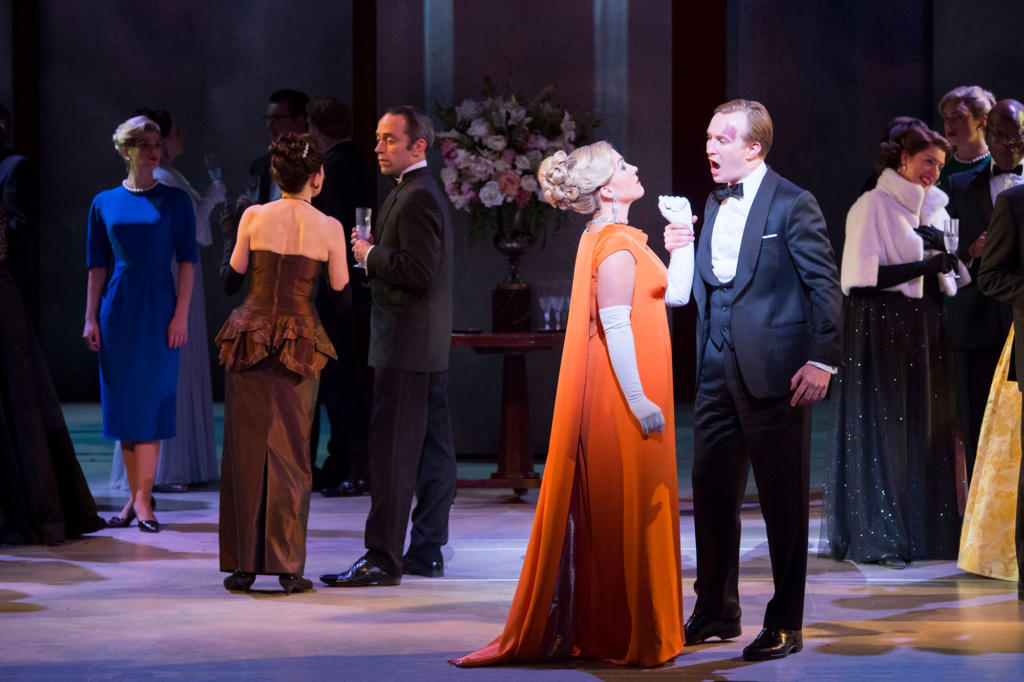 Muhly, 36, has built a reputation as an alt-classical composer, collaborating with pop artists such as Björk, Sufjan Stevens and Bryce Dessner, as well as contemporary composer Philip Glass. His musical style is far-reaching and shows no loyalty to any one genre or medium –  if you’ve been watching the BBC’s adaptation of Howards End you’ll already have consumed his work.

Up against renowned film composer Bernard Herrmann’s score, Muhly finds solace in Graham’s depiction of Marnie. Written in the first person, Marnie is an unreliable narrator – she doesn’t understand herself – and Muhly uses the specificities of his score to tell the story in a way that Marnie can’t. Doubling instruments and intricate voicing techniques offer additional layering to the work. 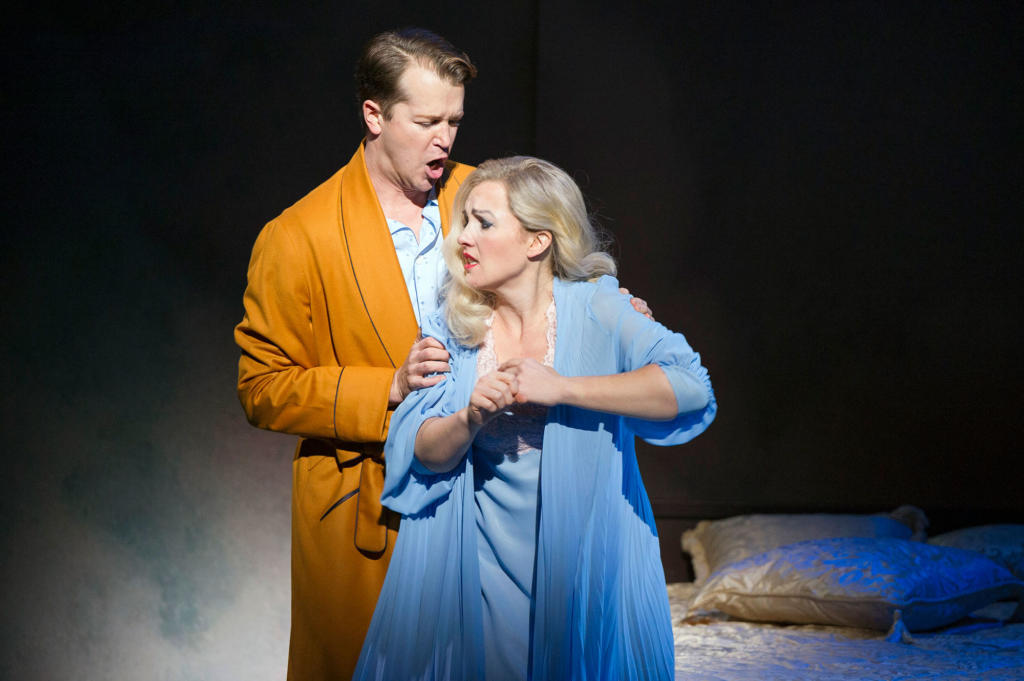 59 Productions is a name to take note of. All things to all men in the culture sector, 59 productions have created a seductive set that cleverly drives the narrative. Widescreen presentations spanning the breadth of the stage at the London Coliseum are undeniably influenced by Hitchcock’s mastery of cinematography, but 50 productions build on these with visuals with a new eye. Their creations serve as both a drama directing device and an undeniably beautiful backdrop to Marnie’s dark narrative. 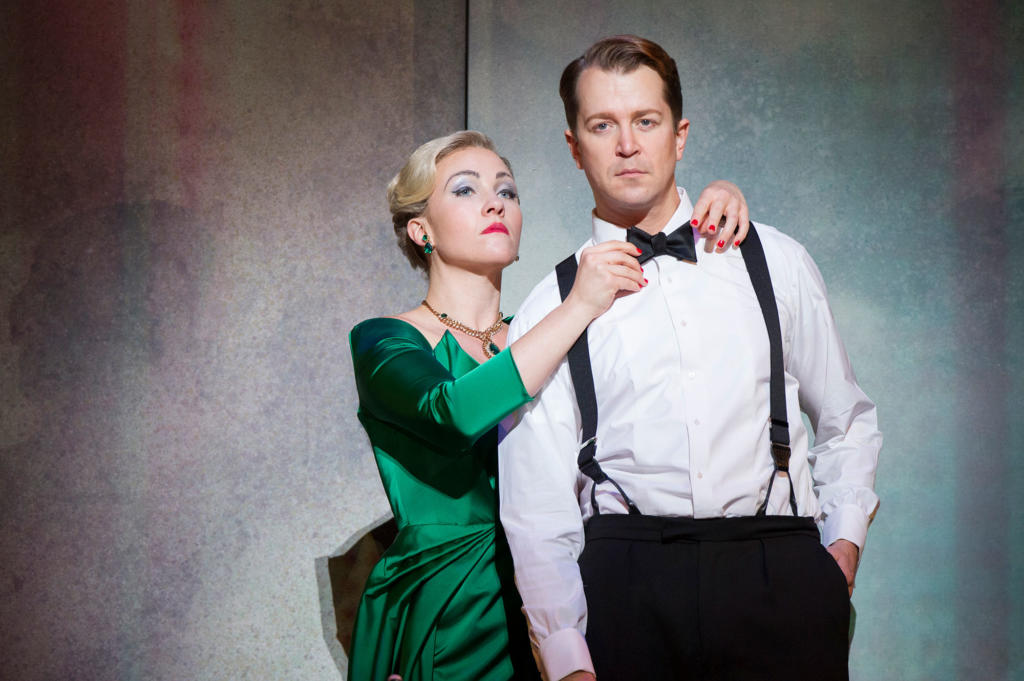 5. There’s a first time for everything… even opera.

Directed by the Tony Award winner Michael Mayer (Spring Awakening), Marnie is a great opportunity to entice the less enthused operagoers amongst you. To those asking, “Michael Mayer” is the name to drop, with musical credits including Hedwig and the Angry Inch, On a Clear Day You Can See Forever and American Idiot. Remember, for the twenty-somethings, your calling card is definitely Spring Awakening.

As a first introduction to opera Marnie is a great choice, with ample pop-culture references, a considered score and visual spectacles aplenty.

Marnie runs at the Coliseum London WC2 until December 3rd 2017