About Time You Saw: Lady Day at Emerson’s Bar and GrillBy Gilly Hopper 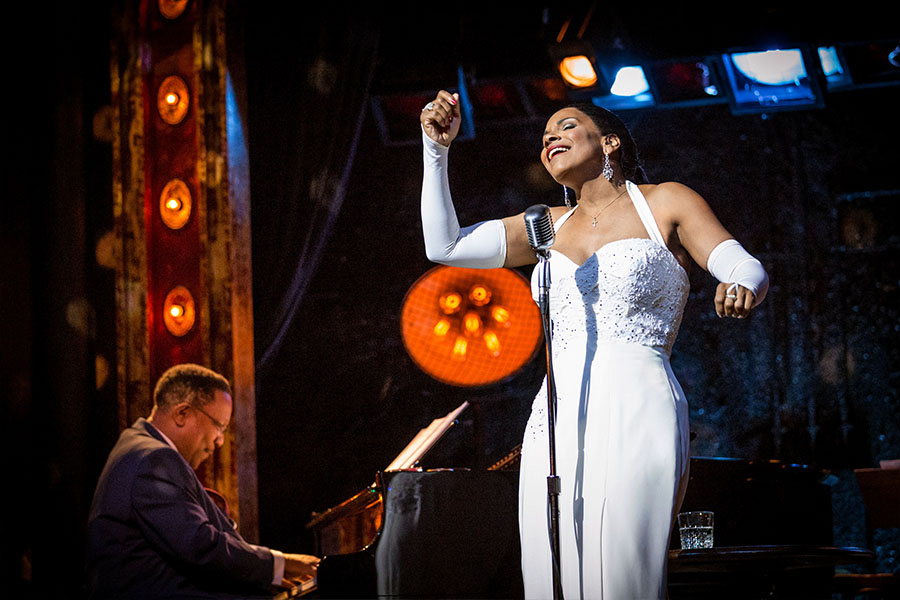 It’s 7.45pm at The Wyndham theatre, the onstage band have played their first set and from the corner of my eye I can see Audra about to make her entrance. She stumbles on stage and then she disappears.

In her West End debut as the legendary jazz icon Billie Holiday, Audra McDonald is almost unrecognisable. In fact, I barely caught a glimpse of Audra all night; just Billie Billie Billie. A mammoth undertaking, Audra manages to capture the tonality and essence of the jazz icon in a genre and tessitura that is not her norm. Her performance is unequivocally transporting.
Unending praise aside, it is therefore no surprise that McDonald won a TONY for her performance in Lady Day At Emerson’s Bar & Grill on Broadway. With a catalogue of 15 songs, including God Bless the Child – a song written for her mother “The Duchess” – and the famed protest ballad Strange Fruit, Lady Day At Emerson’s Bar & Grill will take you on an emotional journey through Billie Holiday’s tumultuous life and career. 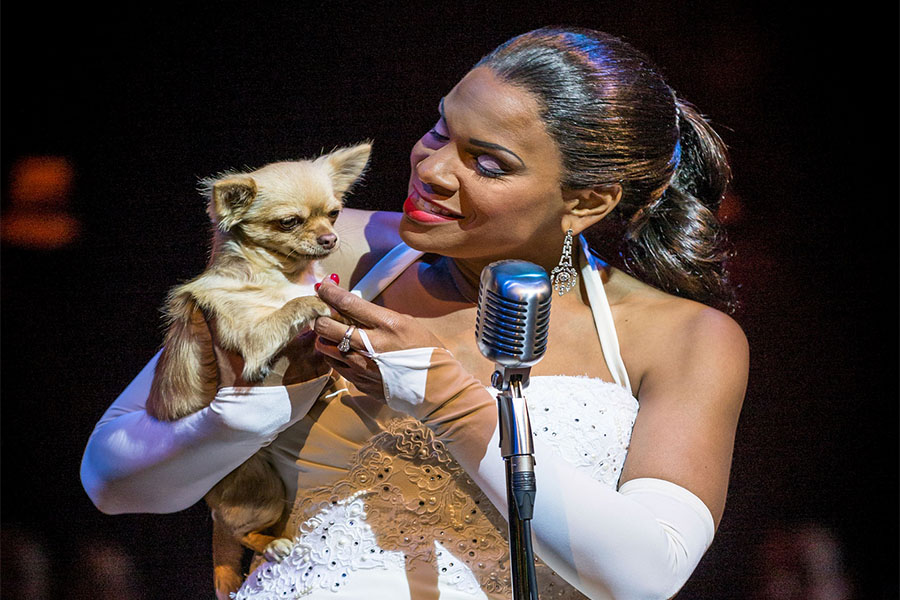 In 1959, playwrightLanie Robertson was inspired to write Lady Day At Emerson’s Bar & Grill after his boyfriend attended a club night and witnessed Billie Holiday stumble on stage, sing some songs and then stagger off. Tracing the star’s emotional derailment and weaning sobriety, Billie’s personal and public life are impeccably interwoven in Robertson’s book, with familial aspirations and loves labours paired alongside wider issues of civil rights.

In this regard, director Lonny Price presents a truly ambient work and onstage vibe that permeates throughout the stalls. Facilitating this is Christopher Oram’s inviting set which perfectly encapsulates the little dive bar in South Philadelphia that Billie both treasured and detested. 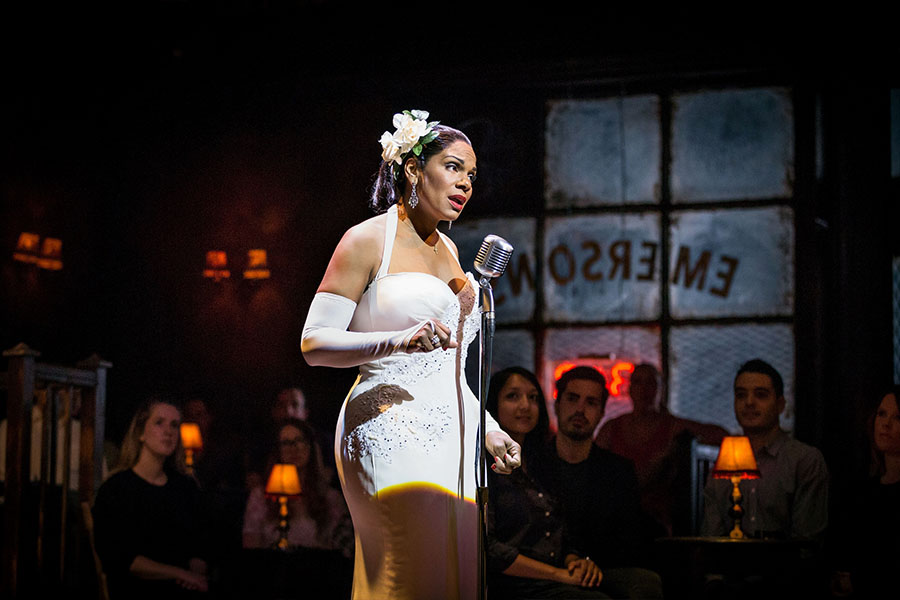 The collective work of Price, Orma and McDonald is utterly remarkable, resulting in a dazzling, ephemeral evening. Just for a moment Billie is alive again – a living memory void of nostalgia. And then “Deep Song” plays and the words slip away and… curtains.

Lady Day At Emerson’s Bar & Grill is at The Wyndham until 9th September.