In 1969 The Sun newspaper was sold to Rupert Murdoch. Billed as “the newspaper born of the age we live in”, The Sun was designed to tap into the lifestyle changes of the 60s, the rise of the young and ‘upwardly mobile.’

In his Almeida debut, political dramatist James Graham’s (This House, Privacy) INK explores the relaunch of a brash, unashamedly downmarket tabloid, where even text formats do not warrant justification. 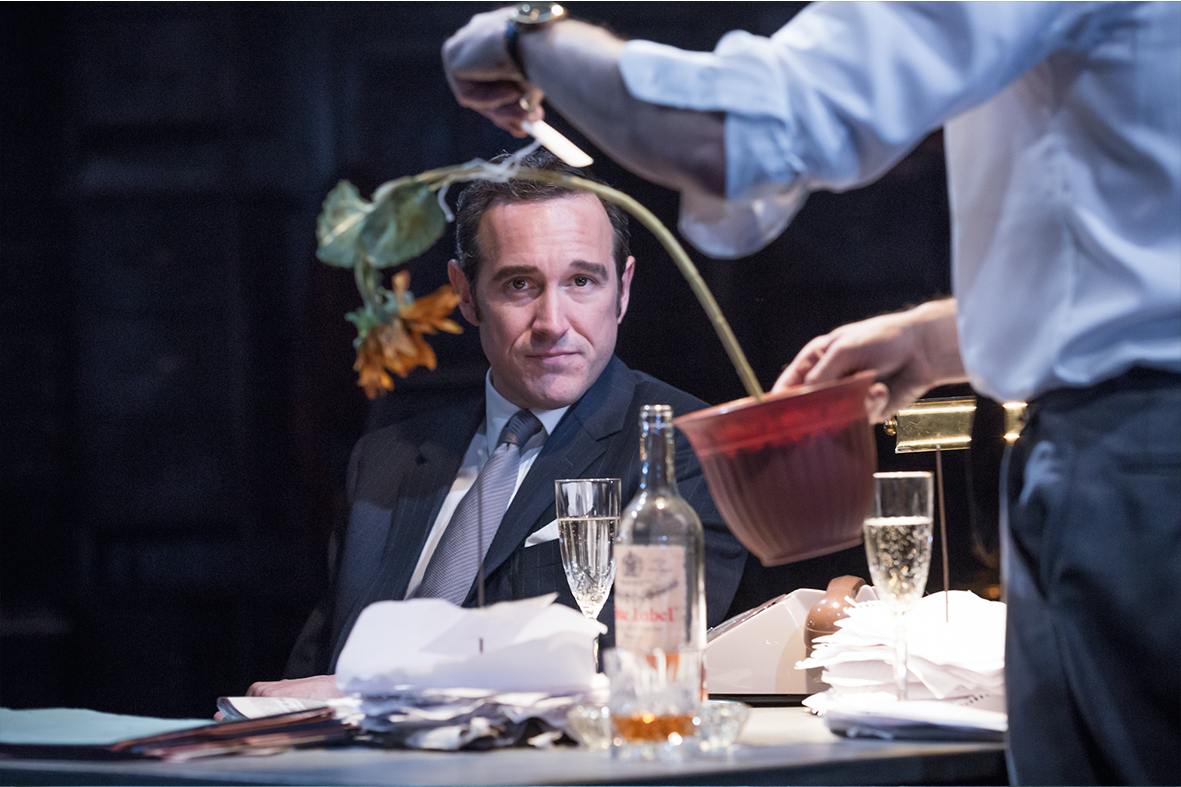 Tracing The Sun’s formative years, INK opens to a young and rebellious Rupert Murdoch and the paper’s newly appointed editor, Larry Lamb. About to embark on their mutual quest to “give the people what they want”, this is a good story. And (as Rupert frequently repeats) “people like stories.”

Unlike the overlooked team of grafters and misfits that made up The Sun’s editorial team in 1969, INK’s ensemble is prime pickings. Sheets could be spent heralding the sensation that is Bertie Carvel as Rupert Murdoch. His embodiment of the larger-than-life tycoon grows even more mesmerising with each facial twitch and bodily contraction. Richard Coyle gives a credible and considered performance as Larry Lamb, under whom The Sun followed the popular formula of sex, sport and sensation. 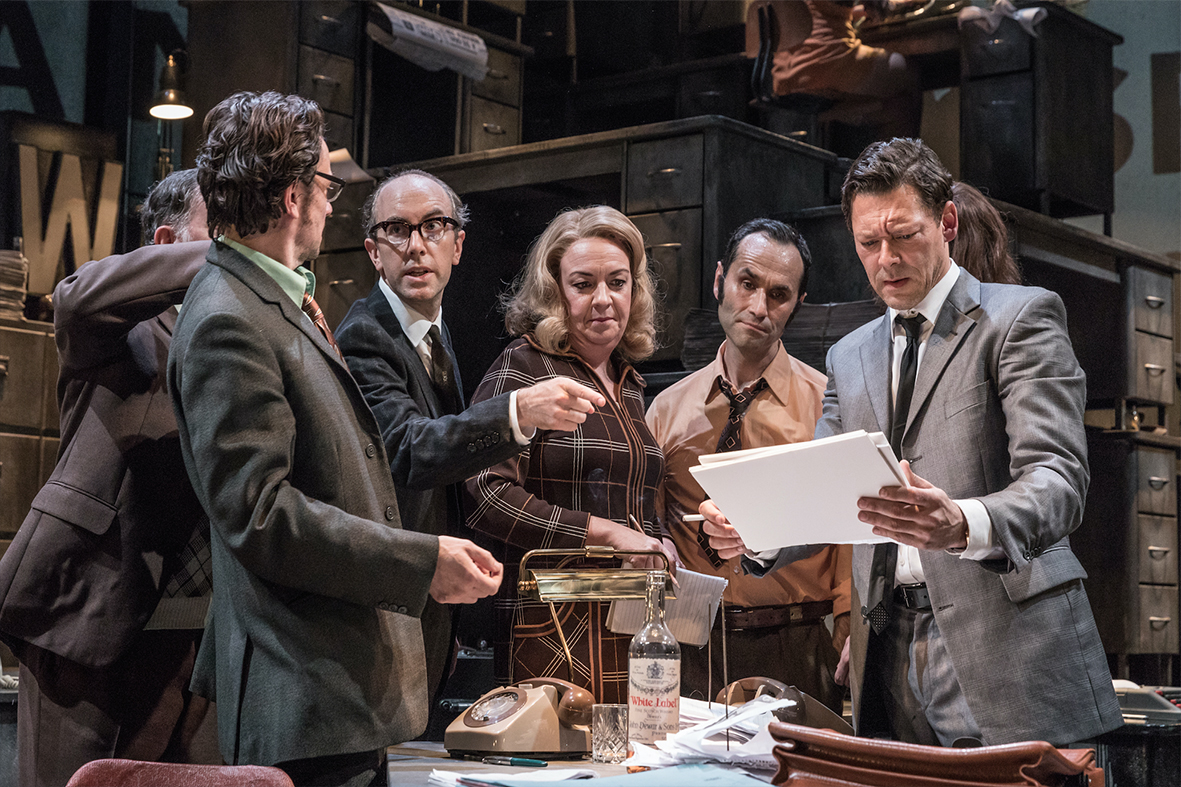 Graham’s play is punchily directed by Rupert Goold, Artistic Director of the Almeida, who hones in on concepts of class, occupation and social attitude. In one scene, the new recruits gather one-by-one and a jaunty musical homage to “middle Britain” ensues. Composed by Adam Cork – with side step shuffles choreographed by Lynne Page – the musical interlude, which could have been ripped straight out of the musical playbooks of Billy Elliot or Kinky Boots, is an unnecessary addition that offers little benefit. 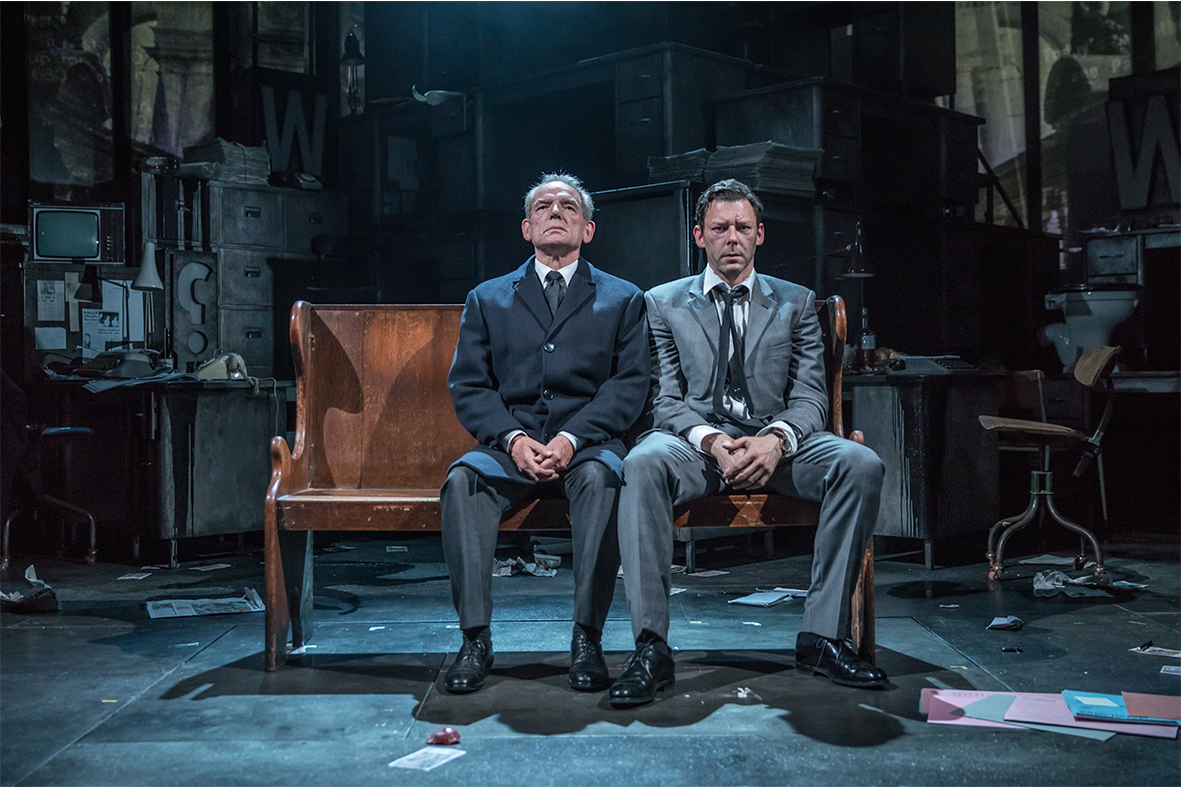 A seductive and informative play, dripping with political and social commentary, INK is a headline act. From the rise of populism to the fall of Fleet Street and an England at the mercy of an Australian Tycoon… you simply couldn’t make it up.