With whistles at the ready, this is a show which takes its inspiration from American teen sports movies, clichés and conventions. The curious territory of Hoke’s Bluff is framed by its audience members, who are strategically positioned in bleacher-esque seating either side of the stage. Actors stand centre court, waiting for the game to begin as they present their unraveling lives, teenage tantrums and agile character shifts. The Wildcats’ mascot gets you rallied up for the evening’s proceedings, team flags are waved, complimentary popcorn is delivered to your seat and you might even wind up with a free t-shirt, rocketed into the stands via a canon-like mechanism. 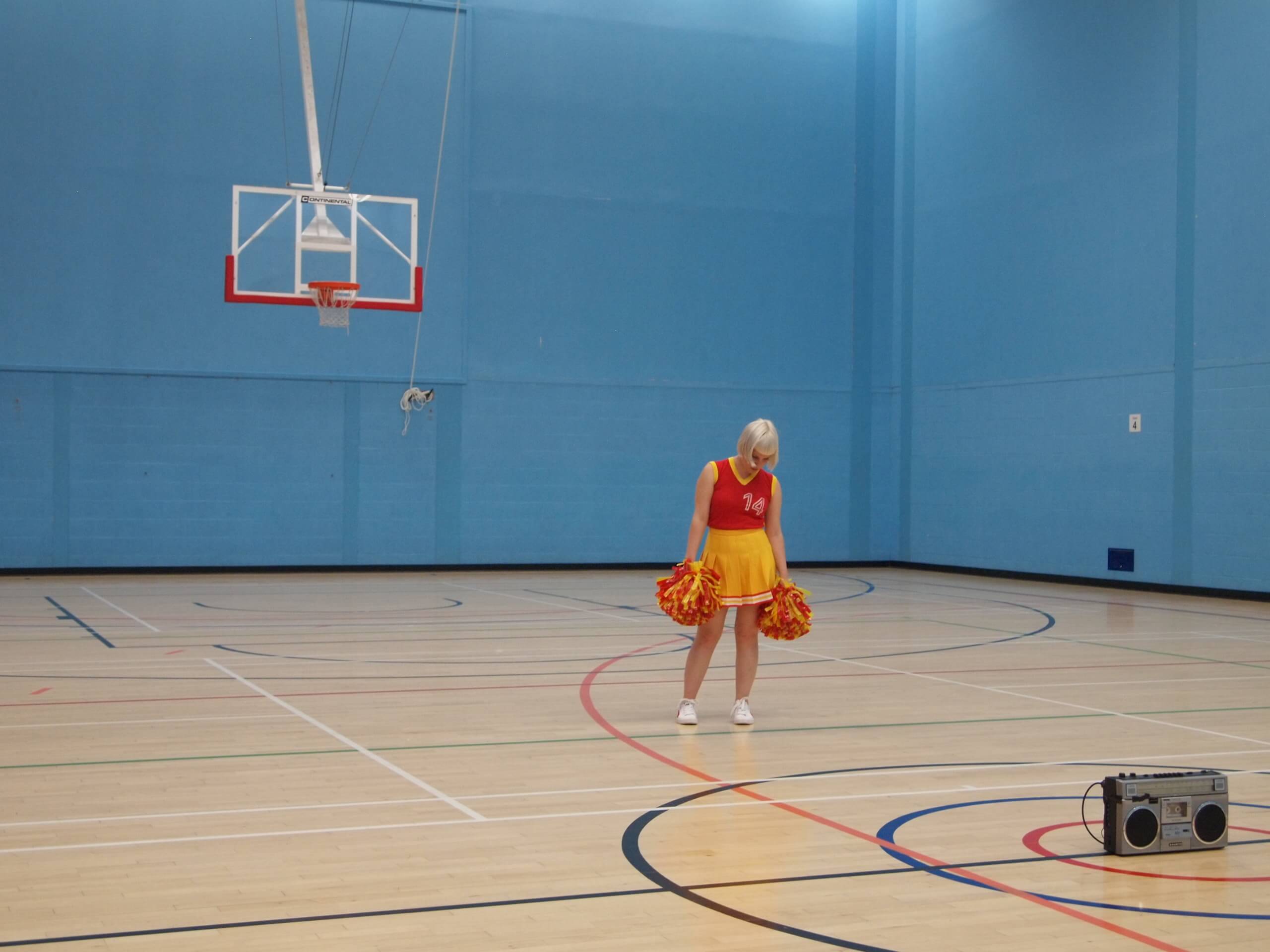 An underscore of death, defeat and cash-strapped stories balance out the obnoxiously cheesy vernacular and sentimental chatter of this superficial scene. The company, Action Hero, is a collaboration between UK artists Gemma Paintin and James Stenhouse, who strive to make live art and performance that seeks to use audiences as “collaborators and co-conspirators”. 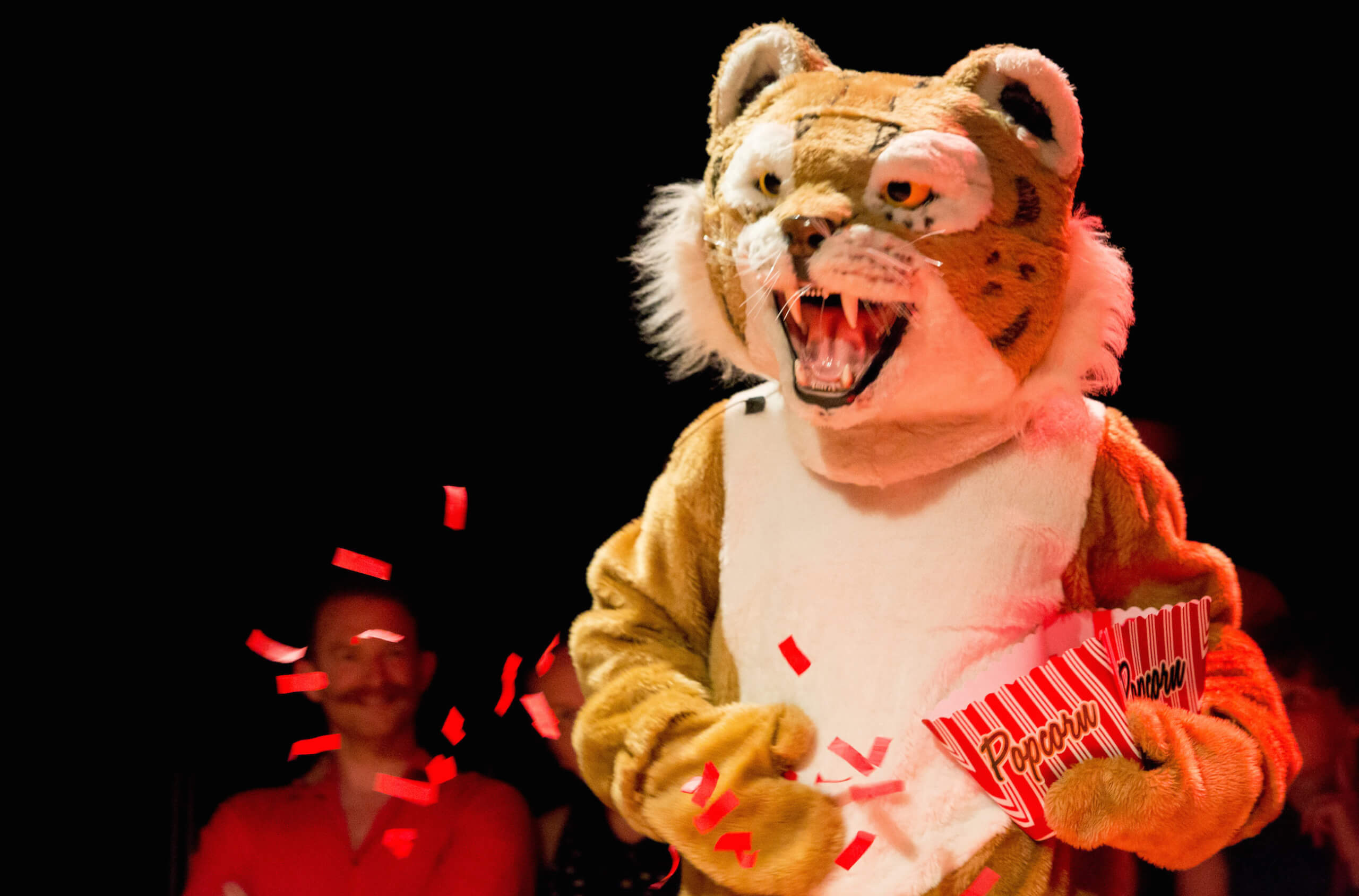 Gemma and James share the roles of cheerleader, motivational speaker, teen heartthrob, sports star et al, while a third cast member – the referee – remains the sole constant and overseer of the game at hand. Above the game, scoreboards are veiled with motivational banners – “we make a life by what we give” – in true locker room style.  With a nostalgic yearning for a world that never really existed, this critically acclaimed show punches with peppiness to present an invigorating response to the fabled American dream. 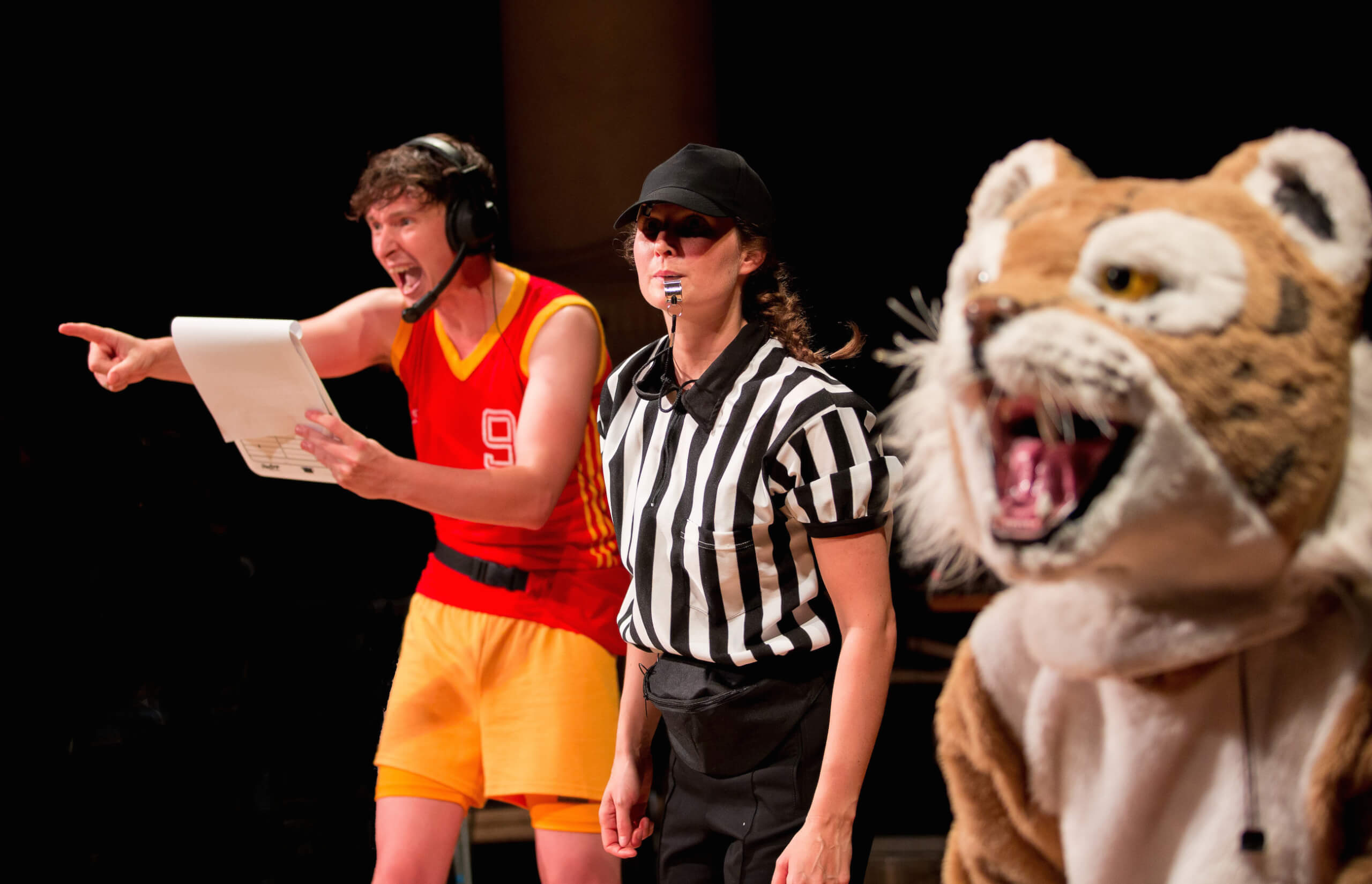