About Time You Saw: Heisenberg: The Uncertainty PrincipleBy Gilly Hopper

DISCLAIMER: This is not a show about particle science.

Gleaning its inspiration from one of the most famous ideas in quantum physics, Heisenberg’s Uncertainty Principle, Simon Stephens’ new play, of the same name, is about the vagueness, weirdness, uncertainty, and contradictions that are woven into the fabric of our world.

(FUN FACT: Heisenberg’s Uncertainty Principle was first articulated in 1927 by the German physicist Werner Heisenberg. It states that it is impossible to know simultaneously the exact position and momentum of a particle. The more exactly the position is determined, the less known the momentum, and vice-versa. In layman’s terms, we just don’t live in a deterministic world where we can define things.) 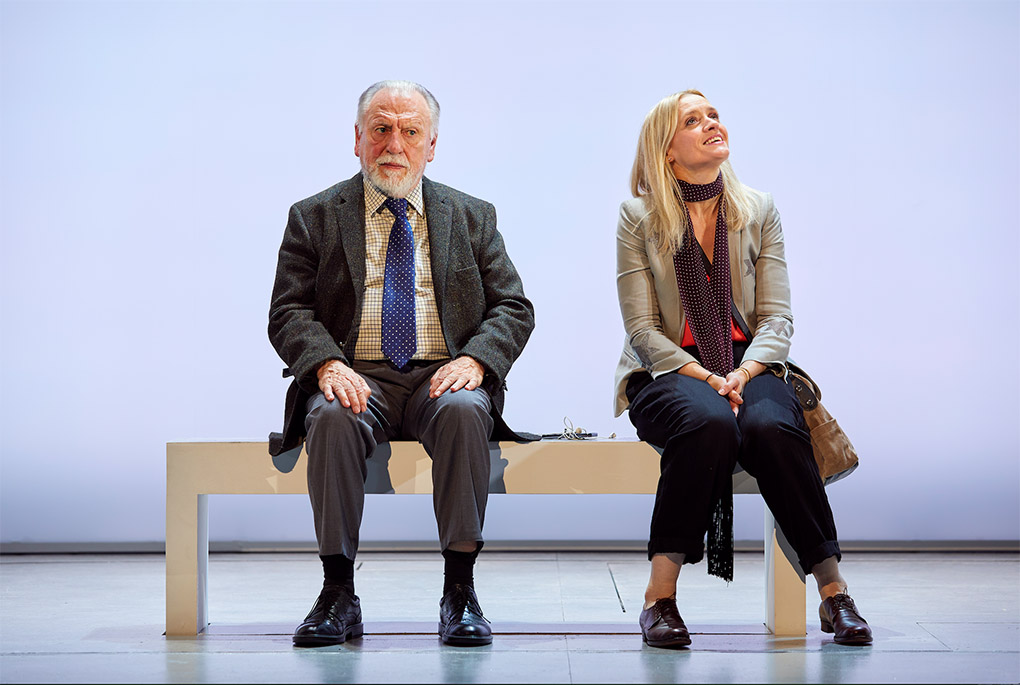 An American woman comes and kisses a man on the back of the neck at St Pancras station. Taking inspiration from Heisenberg’s scientific theory to interpret the journey the central characters take, the two-hander, starring Anne-Marie Duff as Georgie Burns and Kenneth Cranham as Alex Priest, is a rather sad play about the improbability of life, desire and nostalgia.

On introduction, Georgie is chatty, spontaneous and carefree. Alex is cautious but benevolent. As the 75-year-old single butcher, Kenneth Cranham is charming. The purity in the deliverance of his words will make you instantly sad, while his gleeful revelry in the purchase of a denim jacket comes off as a wonderfully tragic transaction. Anne-Marie Duff has the difficult task of breaking in the audience with her mile a minute reportage. Stephens uses relatively straightforward language – and the enjoyment of its use – to initially connect the plays two characters. To start, there is a lot of talk – fast-paced and rampant – but as the characters learn more about each other, nervous quirks fade, the text slows and dialogue steadies itself. The exchange of tempo between Alex and Georgie is artful in its execution. 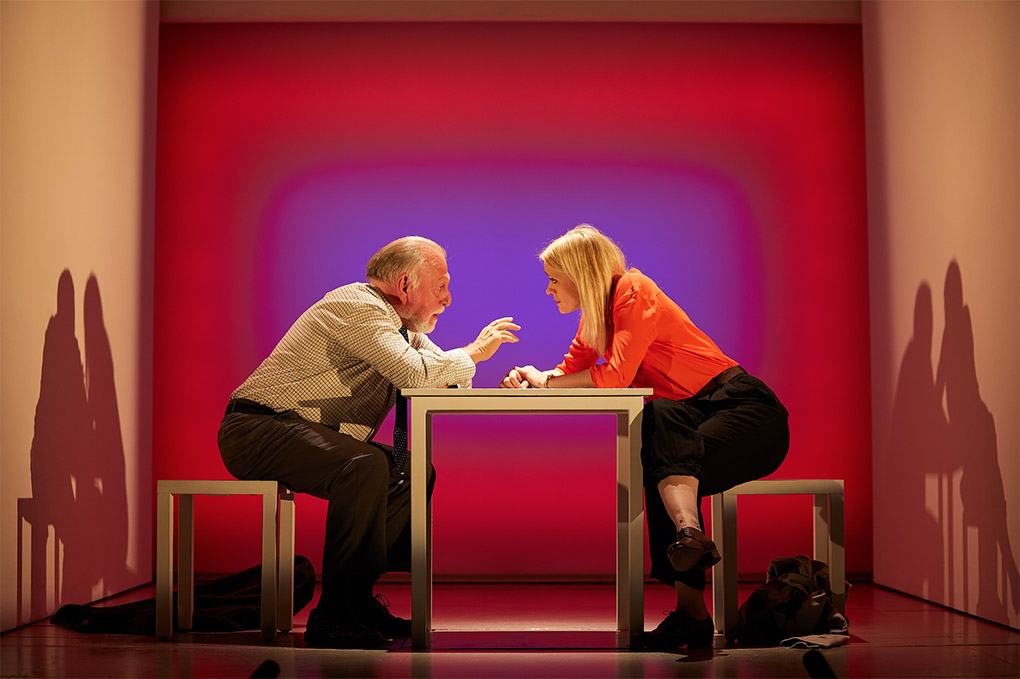 Presented by Elliott and Harper – a new theatre company founded by the acclaimed director Marianne Elliott and producer Chris Harper – their inaugural production is minimalist and pure, creating a 21st century gesamtkunstwerk of sorts. Designer Bunny Christie’s modular set mimics the shifting relationship of the plays central characters as its parameters are manipulated to create form and substance. Expanding and contracting in accordance with the erratic rhythms of life, the set is framed but lighting designer Paule Constable’s LED glowing neon tubes. Choreographed scene changes by movement director Steven Hoggett are a noted addition to the pace and fluidity of the piece.

The play also incorporates music from acclaimed pianist and composer Nils Frahm. Music – ranging from opera to grime – is perhaps the most omnipresent component of the play, punctuating Stephens’ book throughout. Stephen’s elucidates – “Observation and anticipation are mutually exclusive. Nowhere more true than in music. Music exists not in the notes, but in the space between them. In the arrangement of them. No art form is more built around the shaping of time than music.” 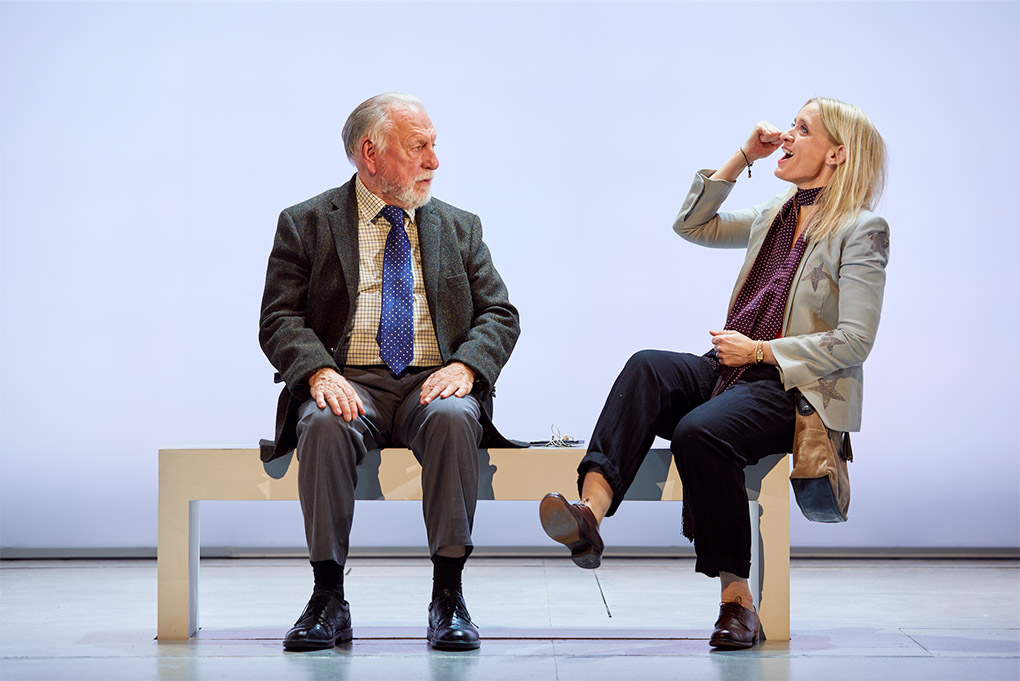 Fueled by humour, disappointment, truth and brevity, Heisenberg: The Uncertainty Principle is a work which chooses to focus wholeheartedly on our shared vulnerability and unknowingness. An apt inauguration for Elliot & Harper.