Since it’s reopening earlier this year, the Bush Theatre has continued its long tradition of championing great new writers and works. Adding to these accolades is Heather. 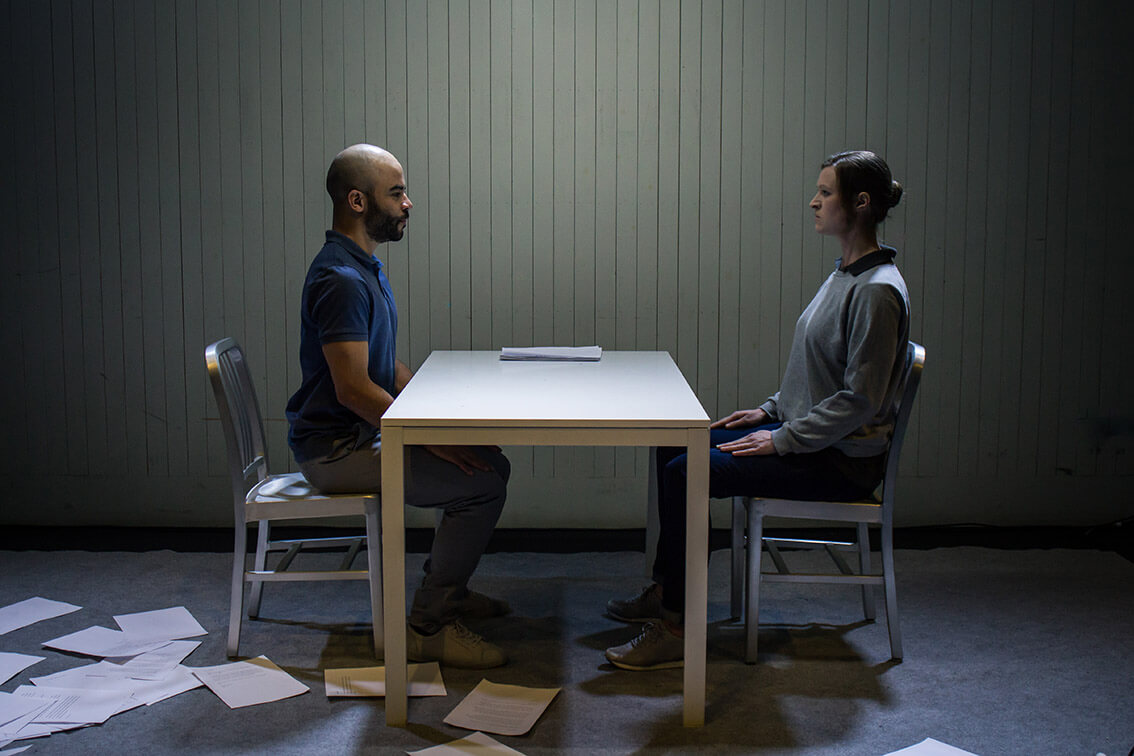 Written by Thomas Eccleshare Heather is a brief and sharp-tongued work about the power of storytelling. Heather, played by Charlotte Melia, is a reclusive children’s writer who suddenly becomes wildly successful. Building from her first moment of success, the one act, 55-minute work, divides into a three-scene structure. Both the first and second scenes of the play offer particularly compelling and amusing passages – a humorous email correspondence pinged back and forth in a hyperbolic fashion, caused a particularly loud chuckle in the plays opening moments. 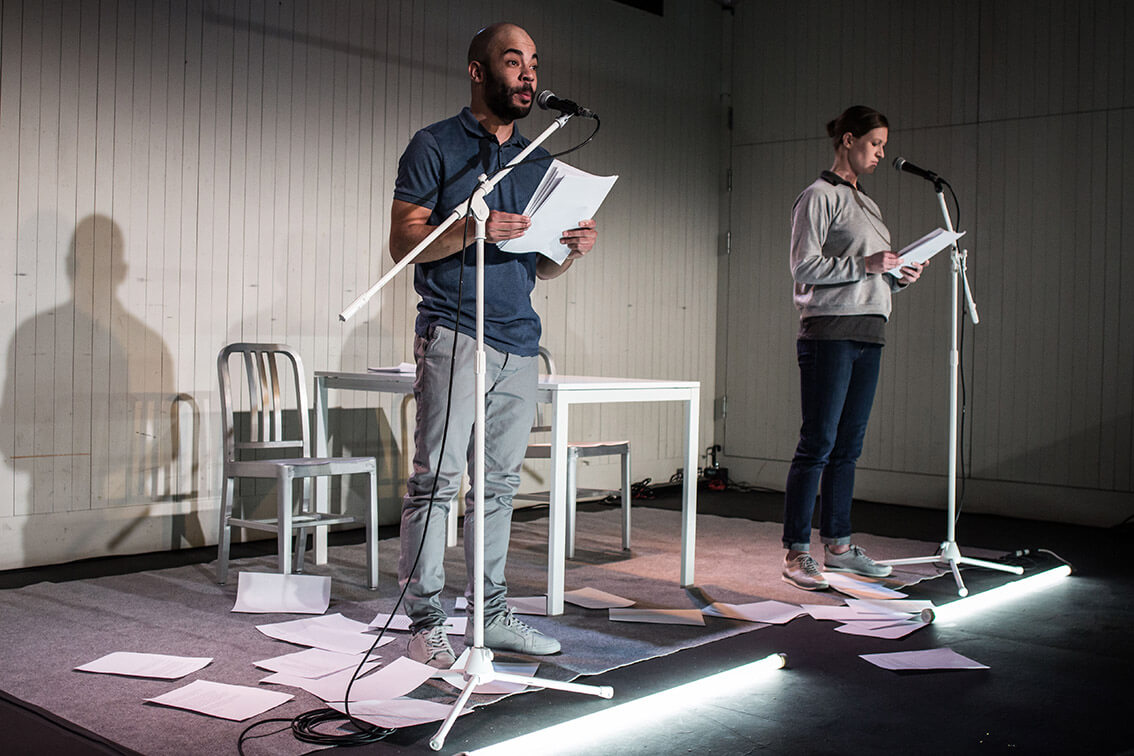 Having lassoed his audience with comical correspondence, Eccleshare steadily grows the relationship of Heather and her publisher, played by Ashley Gerlach. With each scene change comes a different mode of communication and a troubling narrative soon emerges. Director Valentina Ceschi’s impact is most prominently felt in scene two, as larger concepts of authorship, as well as objectivity, are explored. Ceschi uses some intricate devices to manage the plays’ most climactic moments, with restricted delivery and gender interchange amongst her arsenal. 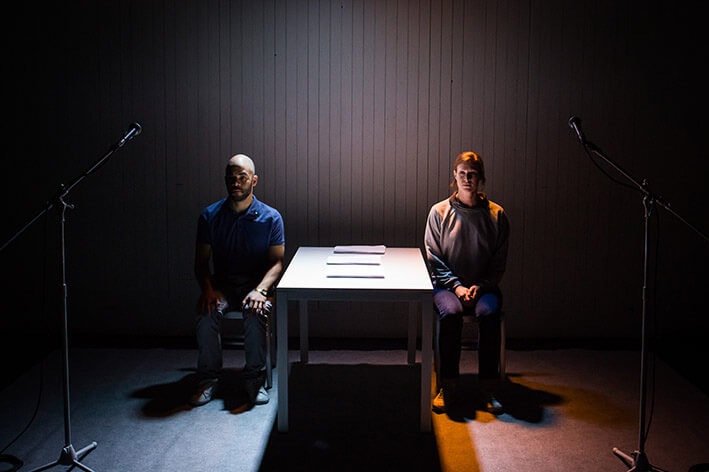 After luring in its audience, sadly the third scene slightly loosens its hold, with an allegorical ending not quite packing the punch you had expected. Still, from wordsmiths to wizardry, there’s a lot packed into this 55-minute two-hander.

Heather runs until November 18th at the Bush Theatre