Nostalgia and neuroses are rife in Dominic Cooke’s new production of Follies at The National Theatre.

Set in 1971, New York, thirty years after their final performance, the Weismann Follies showgirls reunite on stage. Tomorrow their theatre will be demolished. So ensues an evening of nostalgic nattering, tap numbers, and distorted truths.

Adorned in plumes and almost too many Swarovski crystals, a spangle-clad troupe don the stage wearing costumes designed by Vicki Mortimer. Through fragmented mirroring devices conceived by director Dominic Cooke, past and present collide as Follies veterans are shadowed by the ghosts of their younger selves.

The one act – which is really more of a second half or ‘final act’ – captures the former Follies final indulgence of deception. Encapsulating the dulled dreams of these past performers, Stephen Sondheim’s score is exacting. As the show persists, audiences will fawn over hits including Broadway Baby, I’m Still Here and Losing My Mind, their fond inflections an added string to the music auteurs’ bow and nostalgia-laden theme. 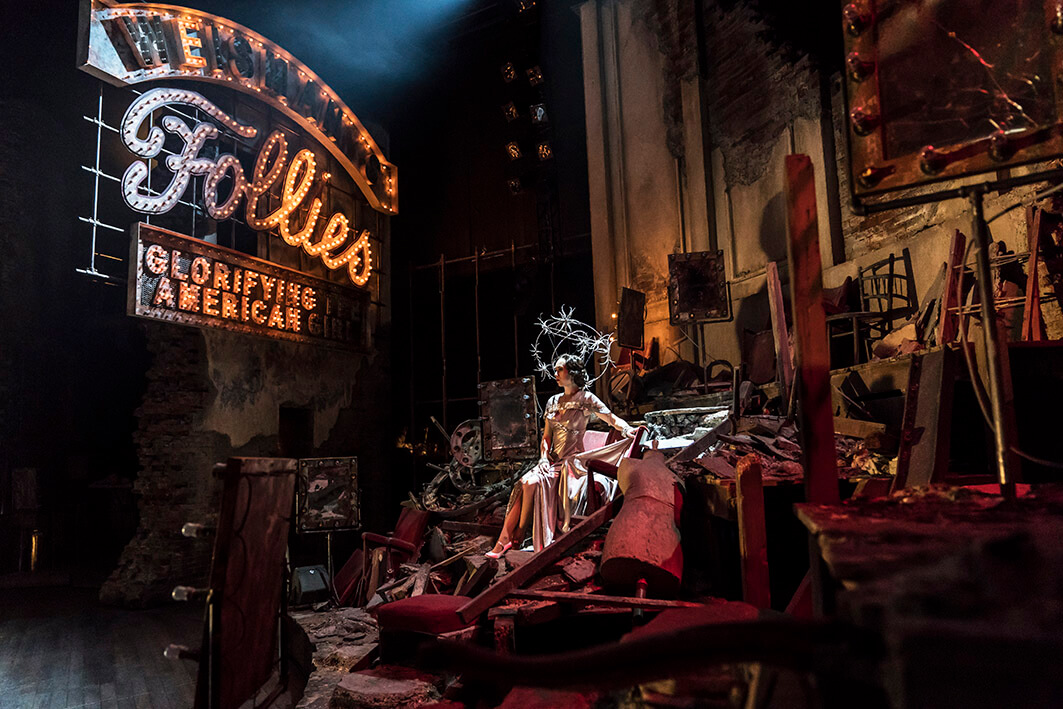 Amidst a flurry of enigmatic characters buzzing about the stage, like moths to a dimming flame, are Tracie Bennett (Carlotta), Janie Dee (Phyllis) and Imelda Staunton (Sally). In their respective character songs they commit themselves to memory with real vigor. Phyllis’ stoic yet tempered Could I Leave You?, Carlotta’s graft-like I’m Still Here and Sally’s harrowing depiction of Losing My Mind – all performances will remain etched in your minds long after Follies has ended.

Playing on the unreliability of memory and the ephemerality of theatre, this is a production of epic proportion. A standout Sondheim revival.