About Time You Saw: Death Takes a HolidayBy Gilly Hopper

Timing is everything, and as Oscar chatter surrounds La La Land, Titanic resurges as the film to beat – with both movies achieving a landmark 13 nominations. Topical antenna in check, Thom Southerland, artistic director of Charing Cross Theatre, has chosen the follow-on from Tony Award-winning musical Titanic, Death Takes A Holiday as the latest addition to Charing Cross Theatre’s repertoire. 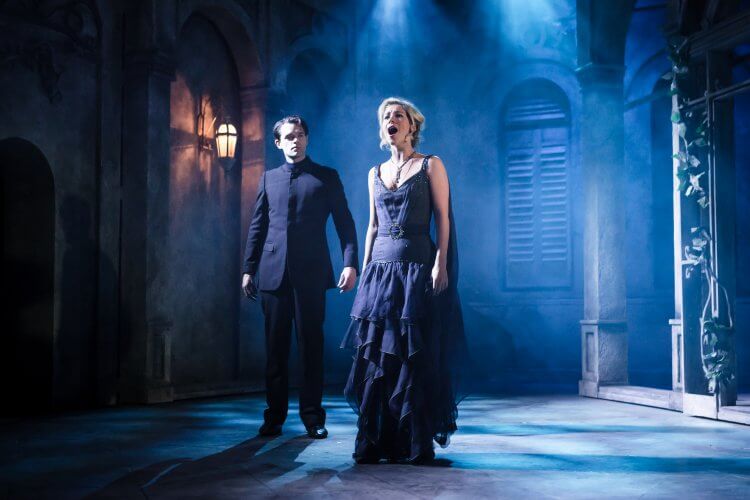 Based on the 1928 Italian play of the same name which went on to inspire the movie, Meet Joe Black, starring Brad Pitt, Death disguises himself as a handsome young prince to try to understand why life is so precious and death so feared. Basing himself in Italy, Death will stay in Duke Lamberti’s Italian villa two days and be gone by midnight on Sunday night. The over arching question: when he vanishes on the stroke of midnight, he will take Grazia, the daughter of the house, with him? With it’s somewhat unlikely plot, it is multi -Tony Award winner Maury Yeston’s (Titanic, Nine) rich, romantic score that feeds life into this show, with much scope for ensemble and solo numbers. Yeston’s songs are impeccably executed by leads Zoe Doana (Grazia) and Chris Peluso (Death/ Prince Niolai Sirki) who are both deserving of a larger stage (and a fuller auditorium.) Death’s full-bodied tenor voice is offset with humorous numbers. In ‘Alive!’’ Death embodies Prince Sirki for his first morning of life, eggs are served sunny side up and there are no obituaries. Peluso’s gleeful delivery highlights his range; it would seem death becomes him. 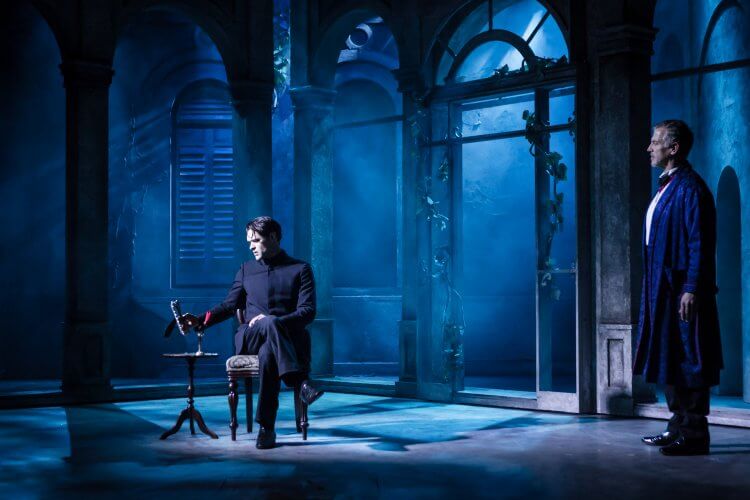 Transitions from book to score were clunky at times and some chorus numbers seemed more amateur than other Charing Cross Theatre productions (although this seemed to be largely an Act 1 issue.) Act Two marked a refreshing change, as characters come into their own with James Gant (Fidele) and Scarlett Courtney (Daisy) delivering charming performances. Despite it’s second wind, Death Takes a Holiday, ironically, lacks life.