An unnerving dissection of our click-bait culture, Nina Segal serves up her latest play, Big Guns produced at The Yard Theatre, upon a sloping black stage, within which, an illuminated rectangle contains two lone players.

What follows is as though the audience have opened a Pandora’s box via their web browser. And what tumbles out is an unblinking, uncensored, and unrelenting narration of our online obsessions. 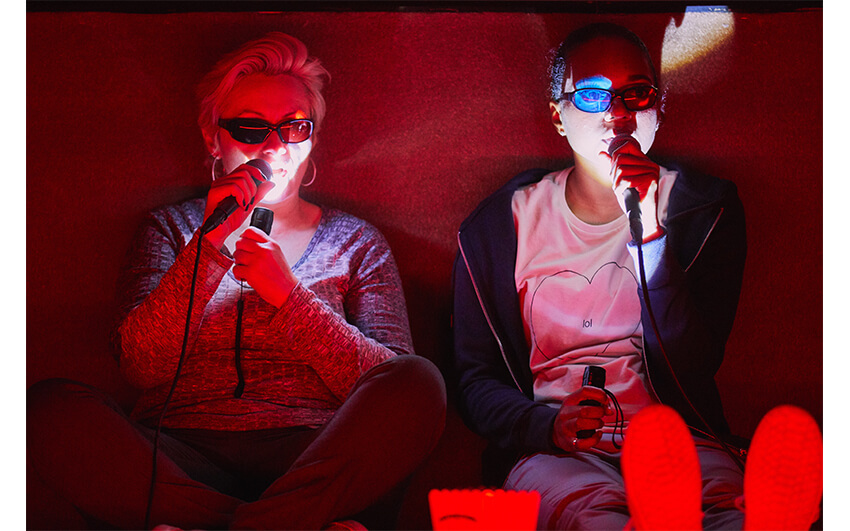 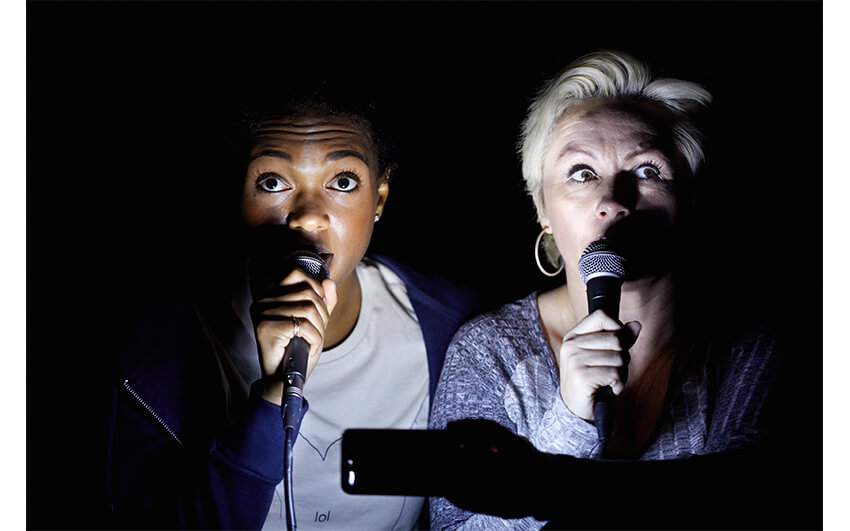 Beginning with 3D glasses and popcorn littering the stage, Debra Baker and Jessye Romeo masterfully illustrate dark scenes as they each slip from character to narrator.

During what is repeatedly referred to as “the moment just – before” we meet a handful of disturbingly recognisable characters. Taking the shape of bloggers hiding secrets, vloggers serving as gateways to fetishes, and just one tab over; online accounts of self-harm and hate. But with Dan Hutton’s smart direction we’re allowed only a glimpse inside each character’s world. So it’s then just past those glimpses that your imagination takes over.

And this proves to be a powerful trick, guaranteed to have your insides churning, as you watch the space made out to be like a screen that you can’t switch off. All the while Kieran Lucas’ sound design and Katherine William’s dramatic lighting add painfully to the undercurrent of something truly terrible unfolding.

In short, Big Guns is an unsettling and affecting piece of theatre. Segal’s acute commentary on our 2D lifestyles is brought repeatedly to the edge of reality by Baker and Romeo, giving us a troubling hour in the dark. Waiting in “the moment just – before”. 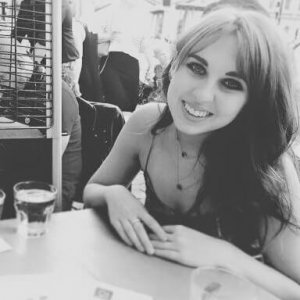