Big Fish at The Other Palace gives just cause to the lyrics – “disbelief implausibly suspended.”

Amidst a jumbled story of witches and circus acts, Andrew Lippa’s libretto resonates in a BIG way. Big Fish: The Musical has succeeded in what it set out to do – achieving a close aesthetic distance.

The musical adaptation of Daniel Wallace’s 1998 novel and Tim Burton’s 2003 film Big Fish makes its long awaited London debut at The Other Palace. With new book by John August (Charlie and the Chocolate Factory) and songs by Andrew Lippa (The Addams Family), this stage work is a more intimate and more human iteration of its Broadway counterpart. Following an early close on Broadway, director Nigel Harman’s vision for Big Fish in London was rather more paired back. Nestled away on the side streets of Victoria, The Other Palace at 12 Palace Street, imbues precisely that. With raked seating in close quarters, attention is wholly focused on the stage and it’s players – intimacy is all but unavoidable. Gone are the gargantuan sets and hyper tech spectacles seen in the Broadway show and in their place is a handcrafted, nurtured and transporting story, impeccably told. 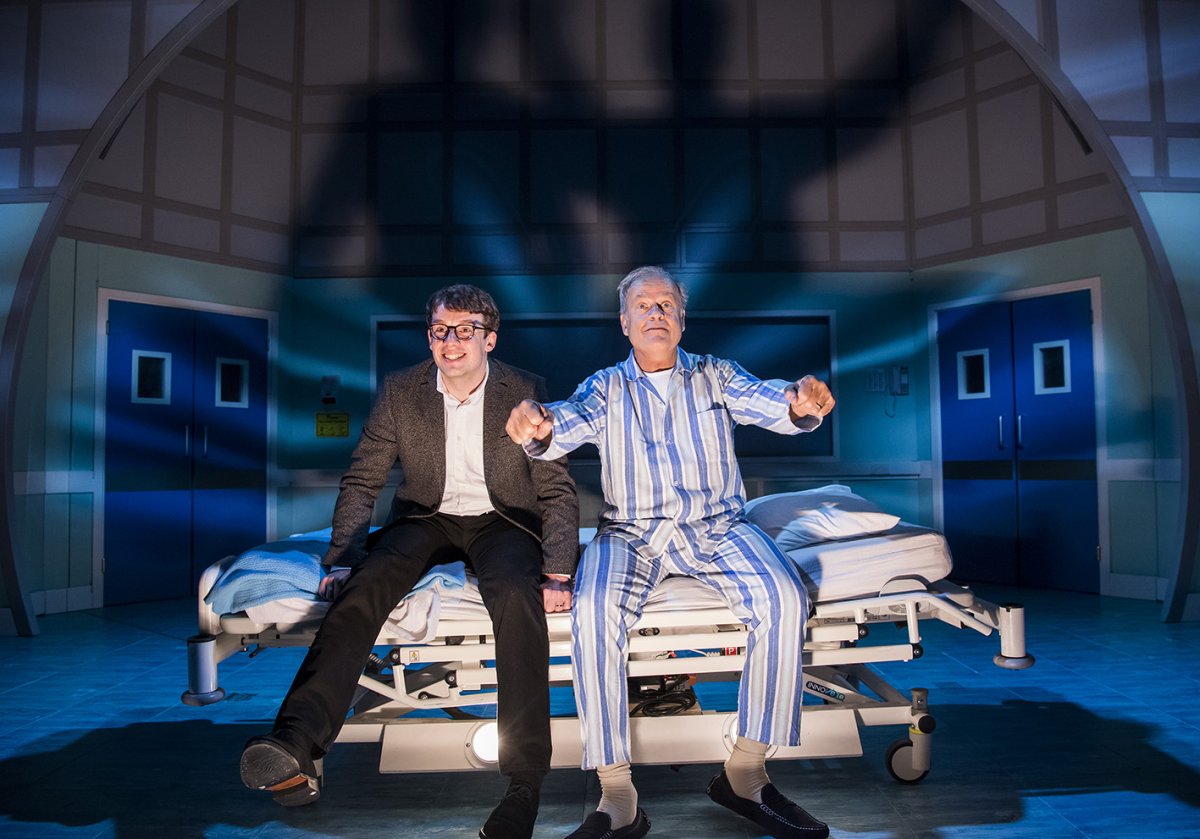 Big Fish depicts the larger-than-life tale of Edward Bloom (Kelsey Grammer) a Southern spinner of tall tales and his more grounded son, Will. When Edward’s health begins to decline, Will visits his father and tries one last time to find out the truth behind his stories. Edward’s stories of expansive daffodil fields and kissing mermaids take shape in dreamscapes or recollections which illuminate the stage in various shades of hospital scrubs peppermint green (it is assumed that the entirety of the play, bar the prologue, takes place in a hospital ward.) Shifting almost instantaneously from the jovial to the serious, Big Fish toys with the conflicting concepts of our idealised self and the reality of your life – “remember me as something bigger than I was.” 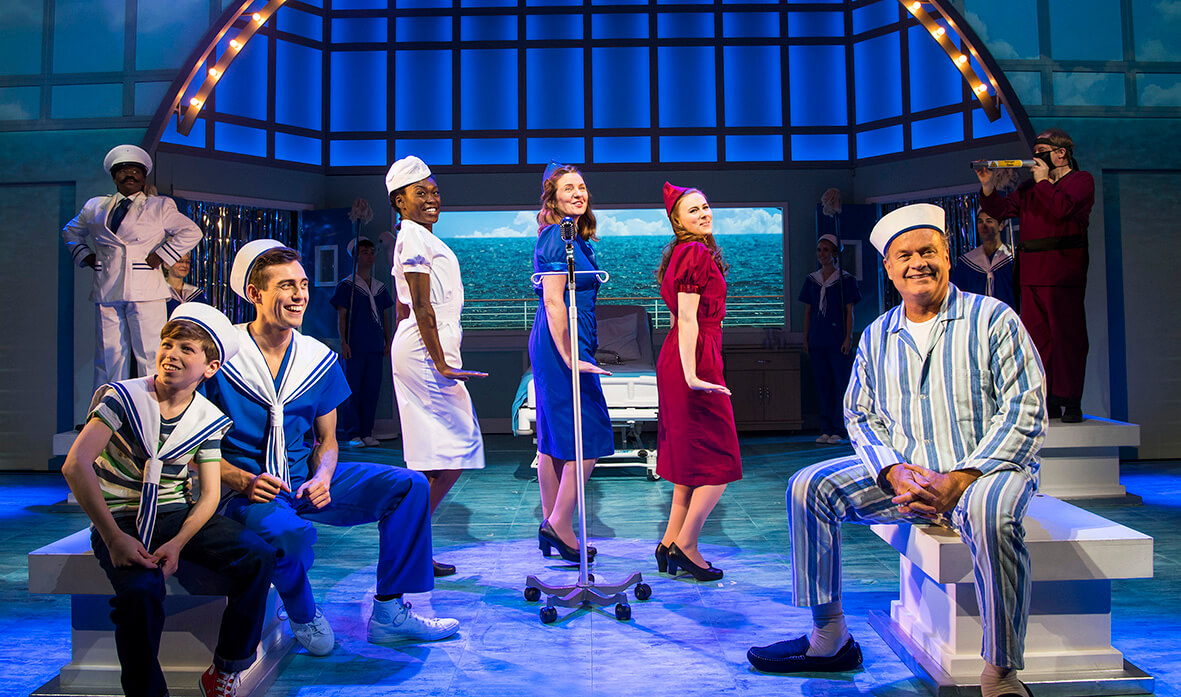 Endless praise goes to the cast for their presentation of such strong and distinctive characters. In his London stage debut, Kelsey Grammer is both vulnerable and roguish, with raspy vocals and charisma galore. Playing his younger counterpart is Jamie Miscato as story Edward. Although a stretch to deem him Kelsey’s doppelganger, we can ‘suspend our disbelief’ once more in favour of such a talented young performer as Jamie. Matthew Seadon-Young delivers a wholly consuming performance as Will Bloom, Edward’s questioning son. Alongside Matthew, his onstage fiancé Josephine, played by Frances McNamee, emotes a certain dynamism. Vocally, both leading lady’s Clare Burt (Sandra Bloom) and Frances McNamee, offer restrained yet melodious tones with a tinge of sentimentality – a sharp contrast to the leading men’s bellowing tenor and baritone tessituras. Comical gag master Forbes Masson offers up hilarity by the bucket load and audience interaction is amped up in his presence. Costumes by Tom Rogers add humorous touches – a one-eyed witch is clad in hospital gloves and a sassy cave dweller named Karl (Dean Nolan) dons an awe-inspiring pair of white platforms. Similarly, choreography by Liam Steel also brought large grins and raucous belly laughs to the stalls.

Celebrating life in all its wonder, Big Fish will capture your imagination and your hearts. The perfect family show.