London / Culture / Music / About Time You Visited: The World’s Most Stunning Music Festivals

About Time You Visited: The World’s Most Stunning Music FestivalsBy Toby Leston

Introducing: The World’s Most Stunning Music Festivals. Year after year festival season rolls around, and fleets of music’s biggest names and stages travel in convoy around Europe, invading every country, and setting up in every beautiful space that will have them along the way. So why do we always end up in some car park, wondering whether the heat from the tarmac will dry the cider out of our t-shirts quickly enough to ruin them in a neighbouring dustbowl, while some frontman dribbles incomprehensible shoe-gaze into a microphone? If you’re looking for beauty as well as music, here’s some prettier suggestions for those looking to buck the trend of attending ugly festivals: 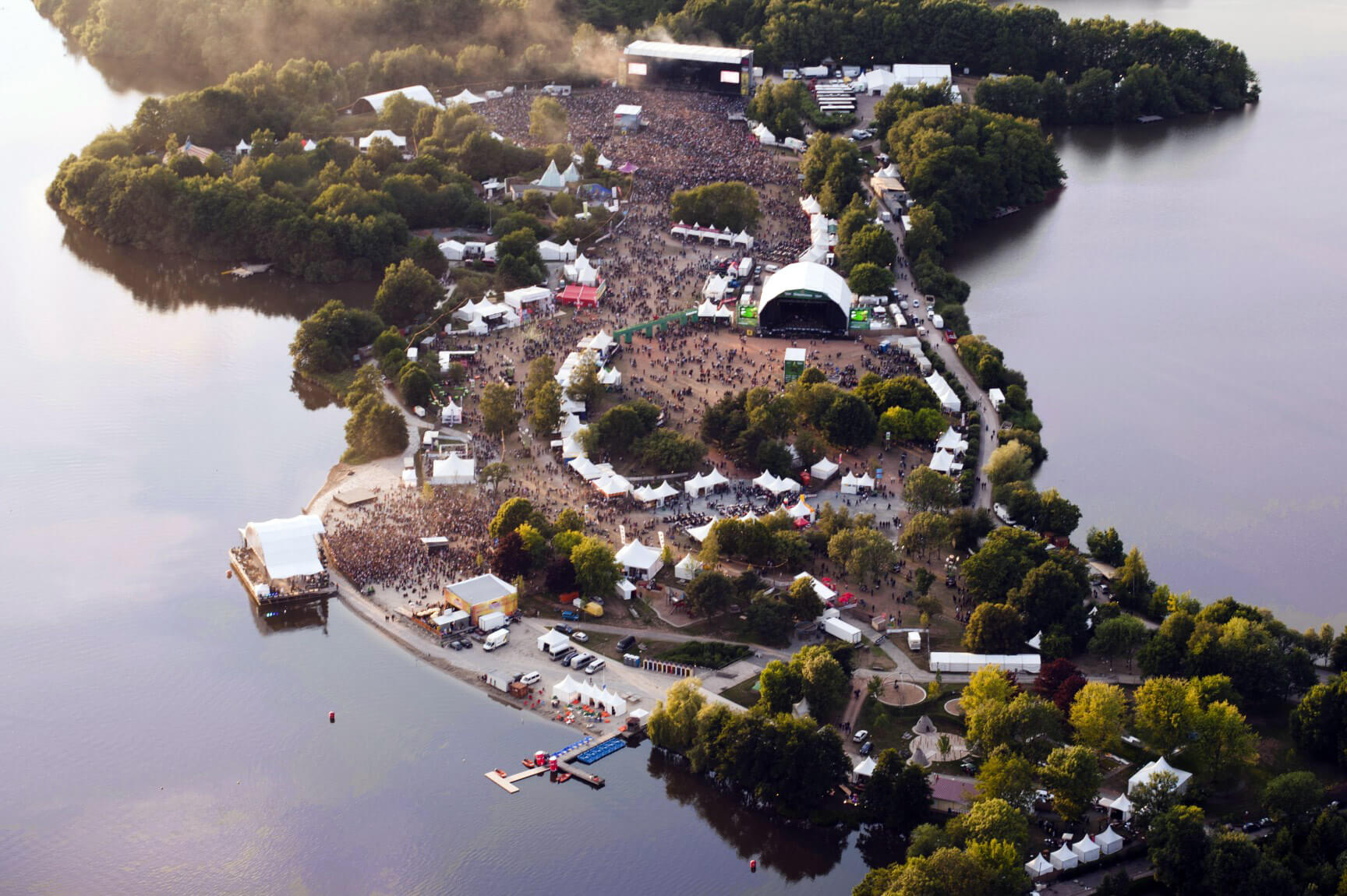 What: A gorgeous waterside setting in a French nature reserve, this is one of France’s biggest festivals and it’s perched on a peninsula on the Malsaucy lake. The name literally is a combination of the words ‘Rock’ and ‘Europeans’, so I think we’re welcome to join the Frenchies for the riffs and the scenery.

Who: The Pixies, Skrillex, The Black Keys 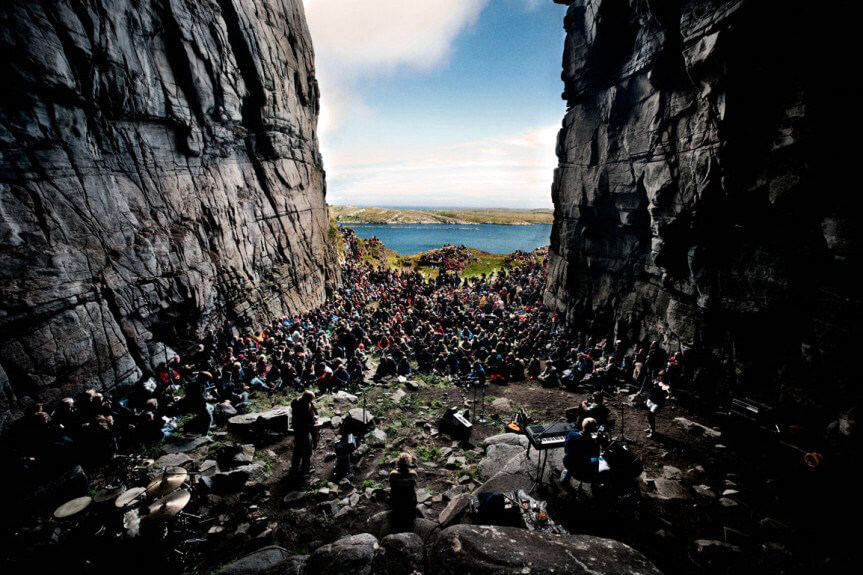 What: Near-lost 65km North into the North Atlantic you’ll find Norway’s smallest municipality – Traena. Here, the small community put on a festival of music and culture, and you have to take a ferry from Bodo to get there. They say themselves “Traena is the final proof that paradise does not have to be in the tropics”.

What: A music, art, lifestyle and adventure festival, the island of Gozo (part of the Maltese archipelago) is the home to the first ever Sunscape. While you can catch some great DJ’s there, you can also try your hand at anything from yoga to archery, zip lining to kayaking as well as indulge in the unique perfomances, art illusions and film showings that are put on for you, all set to the backdrop of this beautiful Mediterranean island. 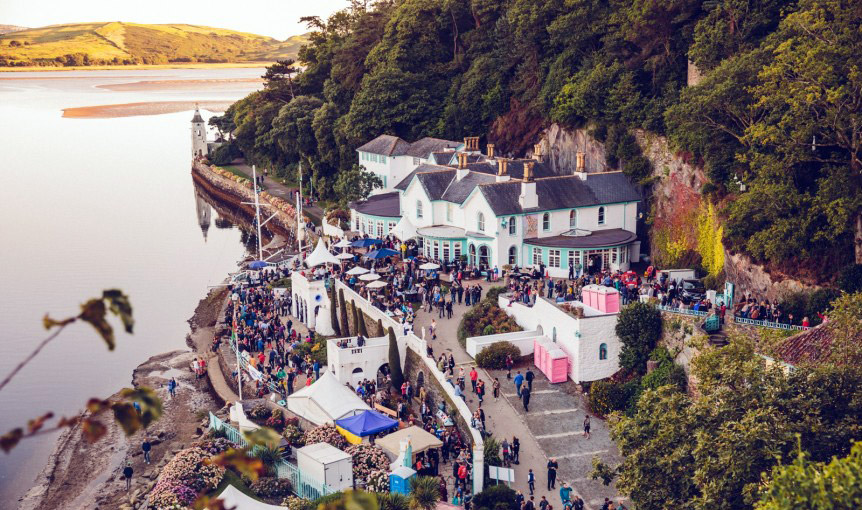 What: The striking Portmeiron, an architect’s interpretation of a Mediterranean villa, is a beautifully bizarre little place. Nestled between the peaks of Snowdonia, the forests of North Wales and the waters of the River Dywryd, it is the home of Festival Number Six. Widely lauded for it’s beautiful surroundings, and even described by this year’s headliners London Grammar as “surreal”, this is one of the UK’s most interesting offerings. 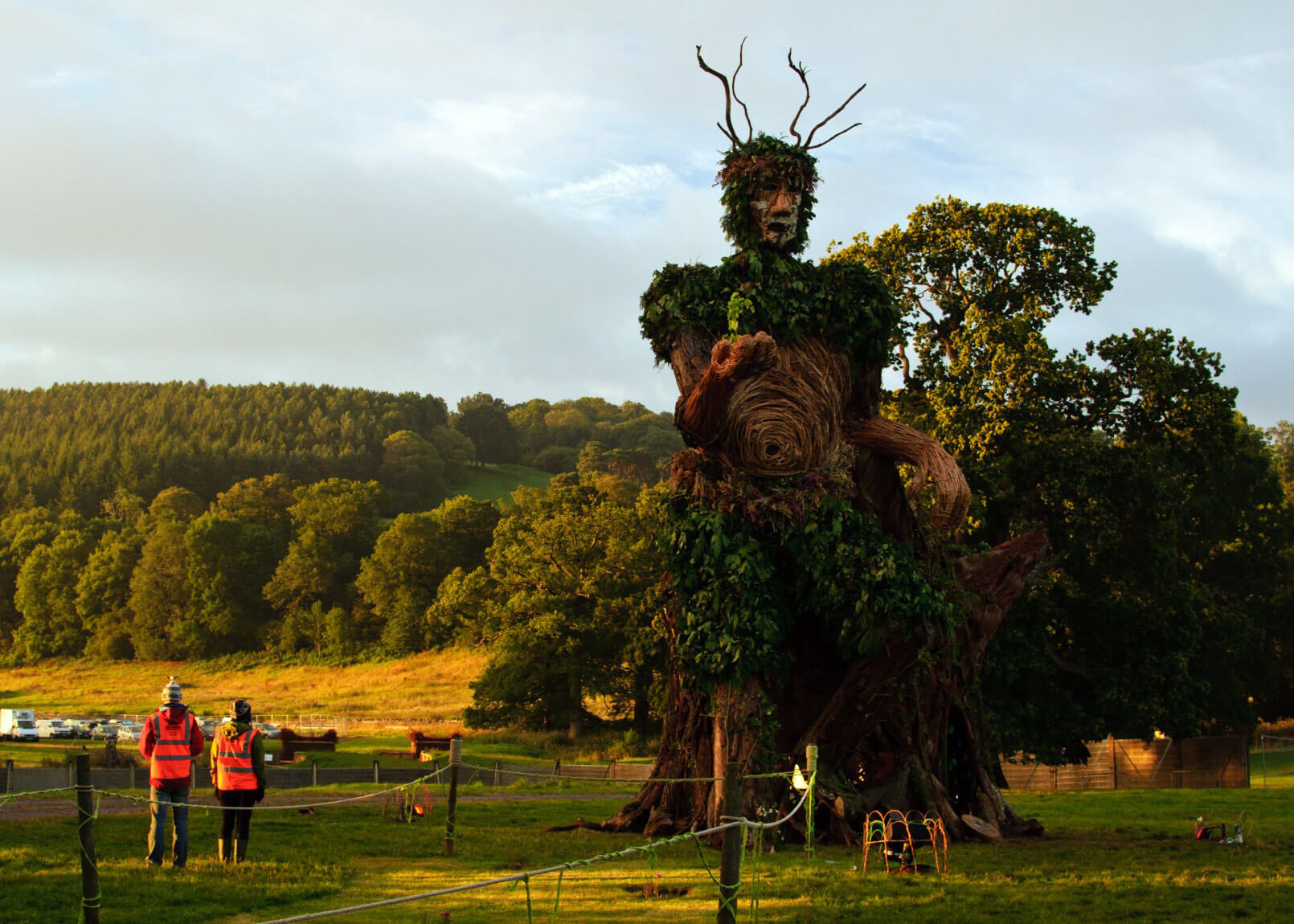 What: From ceilidhs to Bill Callahan, Wales’ wonderful Black Mountains host a little Glastonbury-like festival of music and culture. A wholesome feel with a spiritual and ethical approach, it’s a nice one for the very best of folk and electronic music. So if you’ve outgrown the Eavis family and want a top up of hippy happiness, I’d head towards the Brecon Beacons.  Glanusk Park, where the festival takes place, is a former stately home yet the impressive Green Man statue alone, traditionally burnt on the last night, is reason enough to visit this beautiful festival 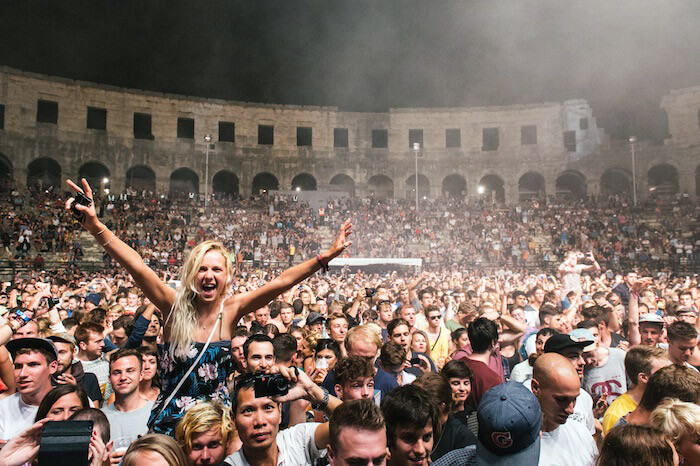 What: No stone of this 150 year old fort is left unturned, transforming 18th century moats and circular pits into some of the world’s most beautiful festival stages. With a focus on House, Techno, Drum & Bass and Dubstep – Dimensions more than holds its own amongst its fellow Croatian dance music event peers. Also worth mentioning, the opening concert takes place in a quite stunning Roman Amphitheatre.

They describe the festival as “The Lost World mixed with a bit of Tomb Raider”, and that should be enough really.

What: Named as the Best Major European festival earlier this year, the biggest names in music flood to this fortress by the Danube. Forget the dusty queues of Reading and the mud swamps of Glastonbury, and trade them in for the cobbled alleys of the Petrovaradin with open air stages through every tunnel, ready to put on a show right up till morning. Also, prepare to re-evaluate everything you thought you knew about heat; Serbia is a scorcher in the summer. And if one’s not enough, don’t miss out on twin festival Sea Dance by the beach in Montenegro just after Exit finishes. 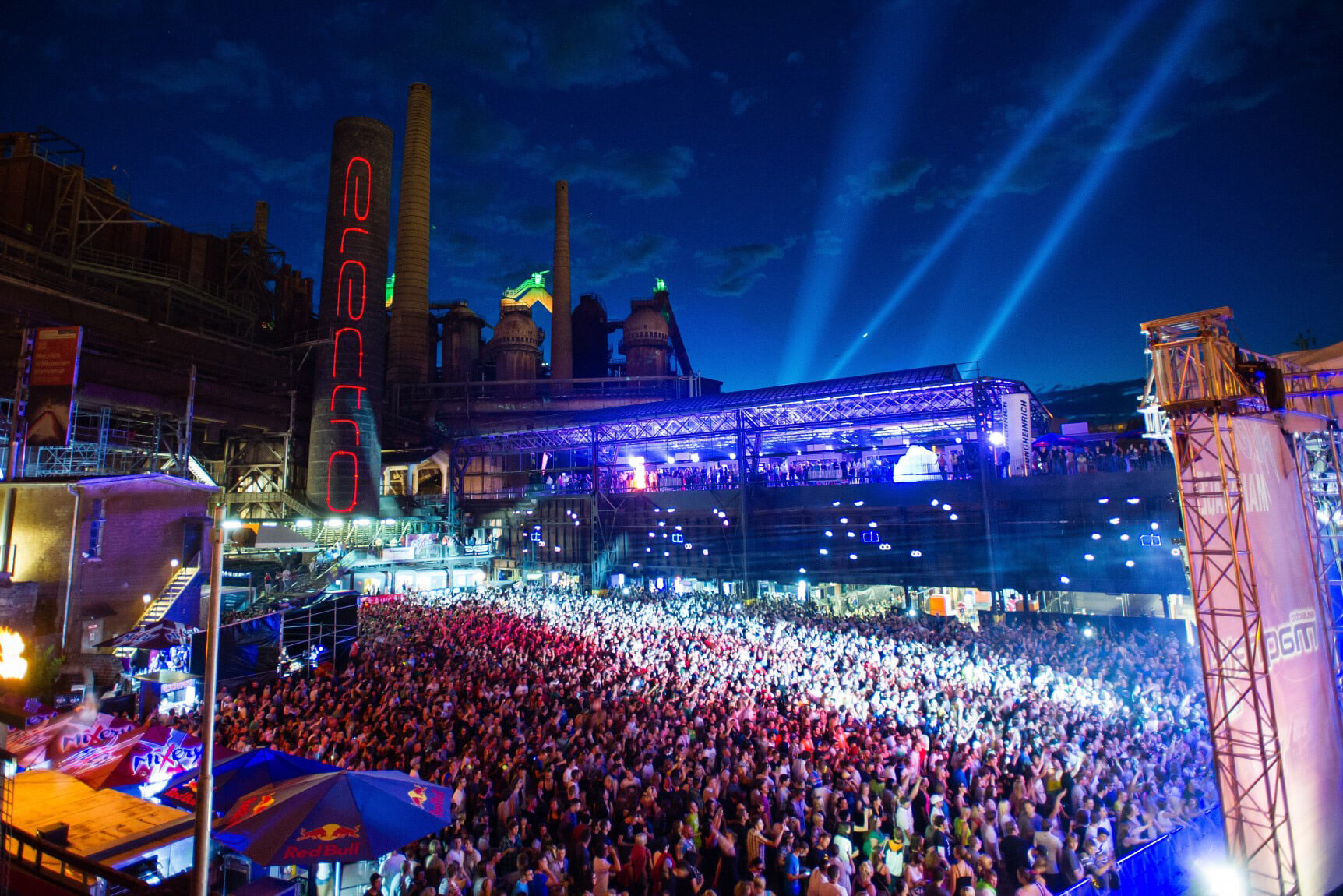 What: Based in a World Cultural Heritage Site, the Volklingen is a monstrous former steel plant which hosts dance acts and visual/light artists alike. 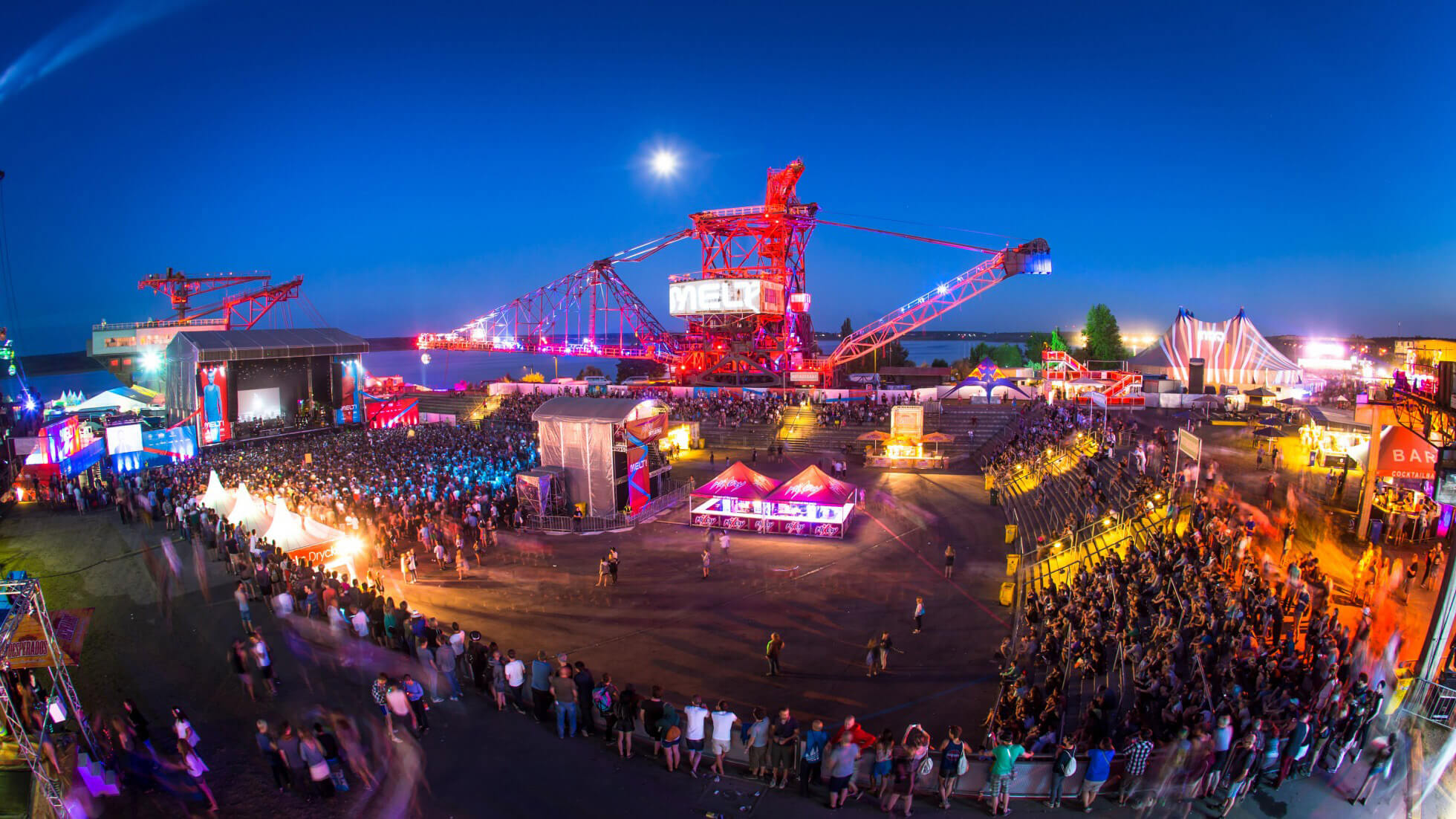 What: Party at the feet of five ginormous mining caterpillars at this electro meets rock festival, in the grounds of what used to be surface mine Golpa-Nord. 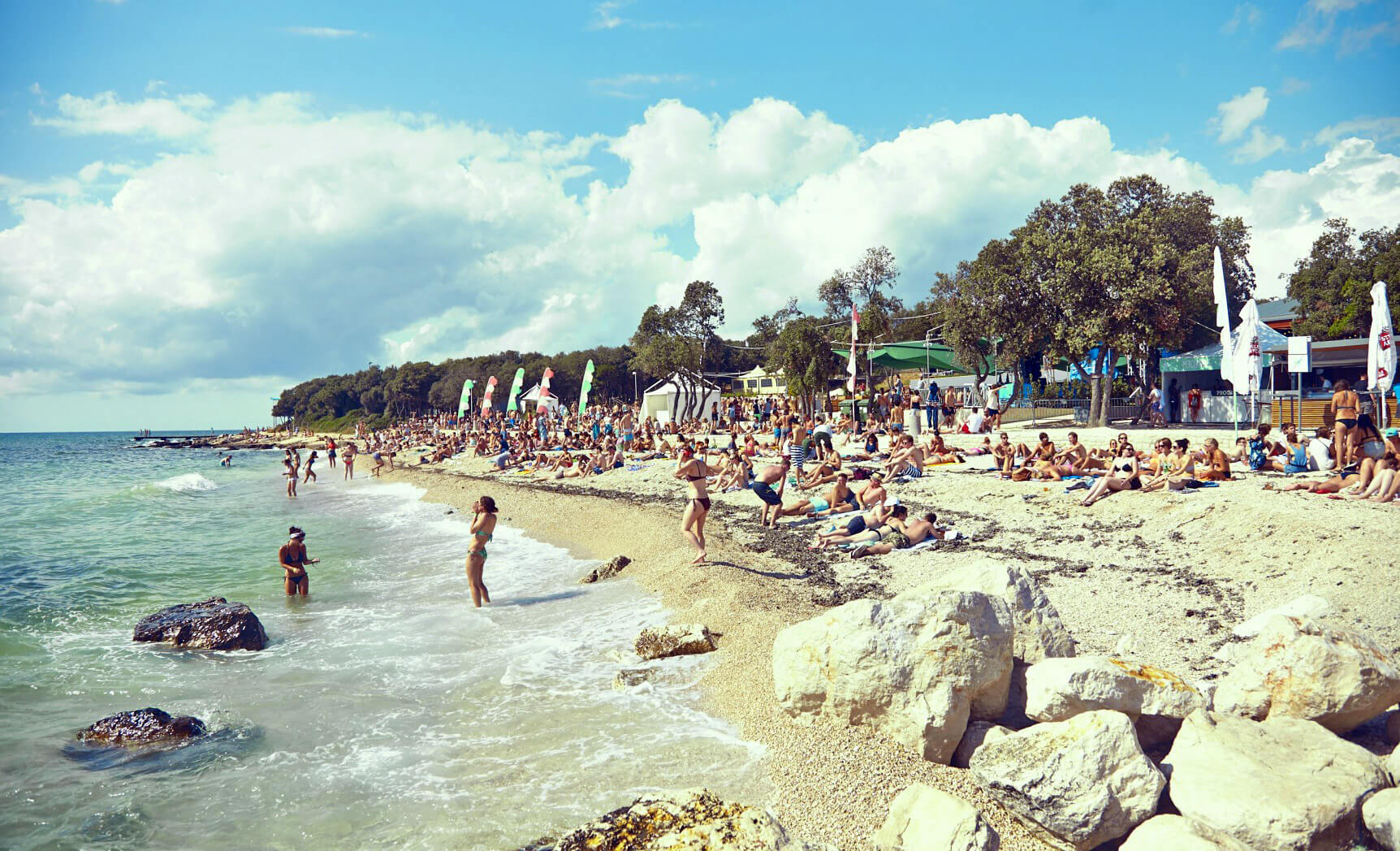 What: While still relatively new festival, a huge buzz remains around Unknown. Sandwiched between Rovinj – a picturesque, fairytale little town – and the beaches of the Adriatic sea you’ll find some of the best live music around nuzzled inbetween the cooling trees and the crystal blue ocean. Not to mention the parties at sea here, get on board for the boat parties.

10. Meadows in the Mountains, Bulgaria 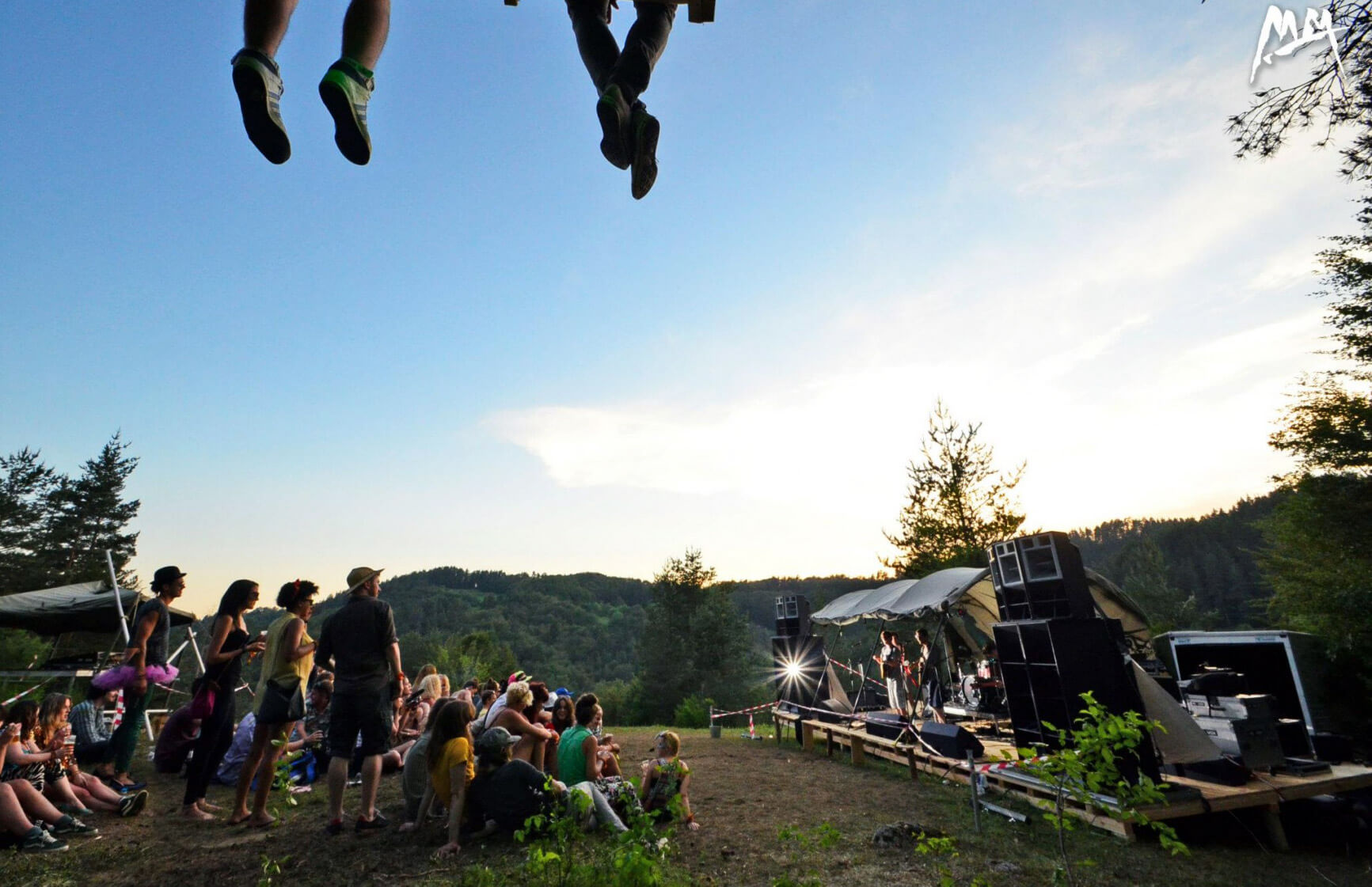 What: Up in Bulgaria’s breathtaking, green Rhodopian Mountains is the quaint Polkovnik Serafimov, 850m above sea level and not too far from the Greek border. This is where Meadows in the Mountains sets up camp, and you’d be hard pushed to challenge it for stunning surroundings. With a combination of expansive views, gorgeous green spaces and a sprinkling of architecture from roman to 18th century Bulgarian, this is a beautiful setting for sure. 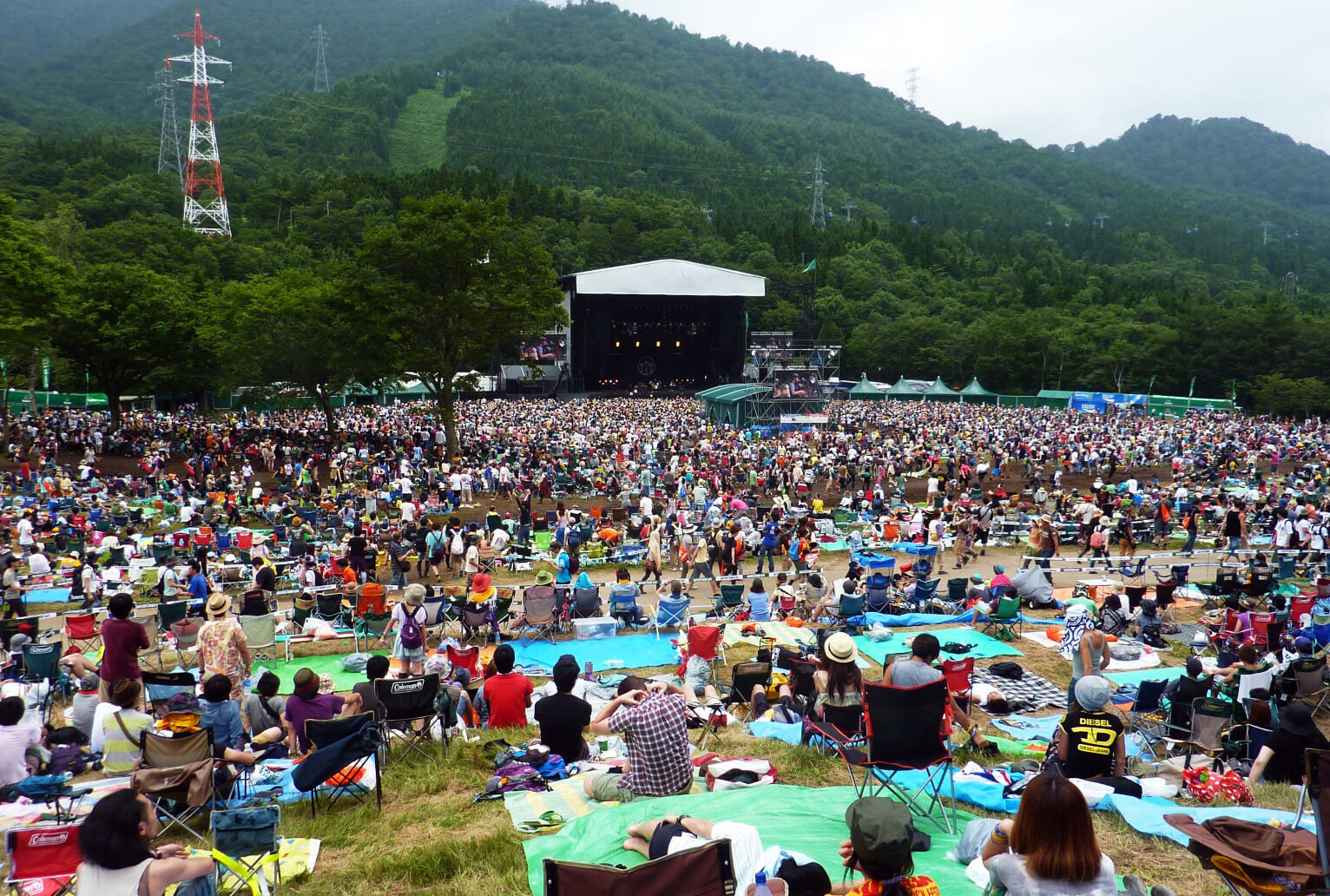 What: Although the name deceives, and this is not at Mt Fuji’s base at all, Fuji Rock does take place in the luscious green forests in Japanese mountains just off the coast of the Sea of Japan. The region is known for it’s hotsprings, and with a river running through the campsite grounds this is everything you need from a forrest festival – in a country that’s still a bit off the beaten track for the festival circuit. As a bonus, it’s within 90 minutes of Tokyo by bullet train. This should certainly be one for the bucket list. 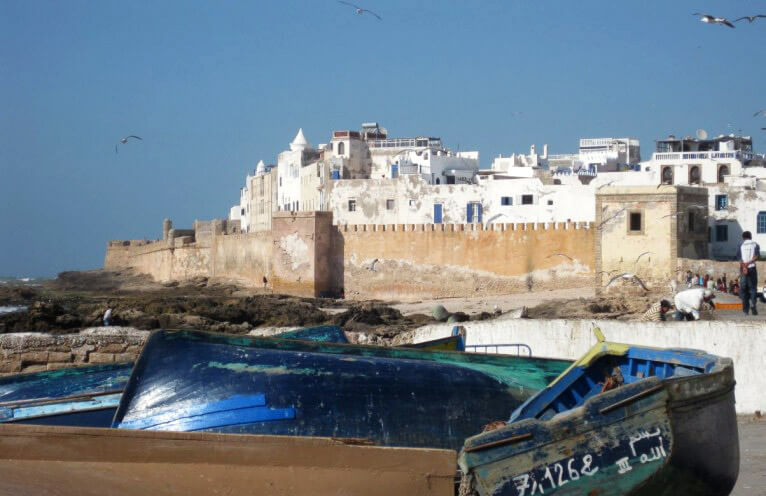 What: If there’s anyone I trust in this world, it’s the location scouting team for Game of Thrones. The show, renowned for it’s stunning backdrops, filmed parts of its third season in Morocco’s D’Essaouira (or Astapor in the show). But when not playing host to televisions favourite fantasy drama, it also hosts a 4 day music festival in this striking coastal town where many of the concerts are free. 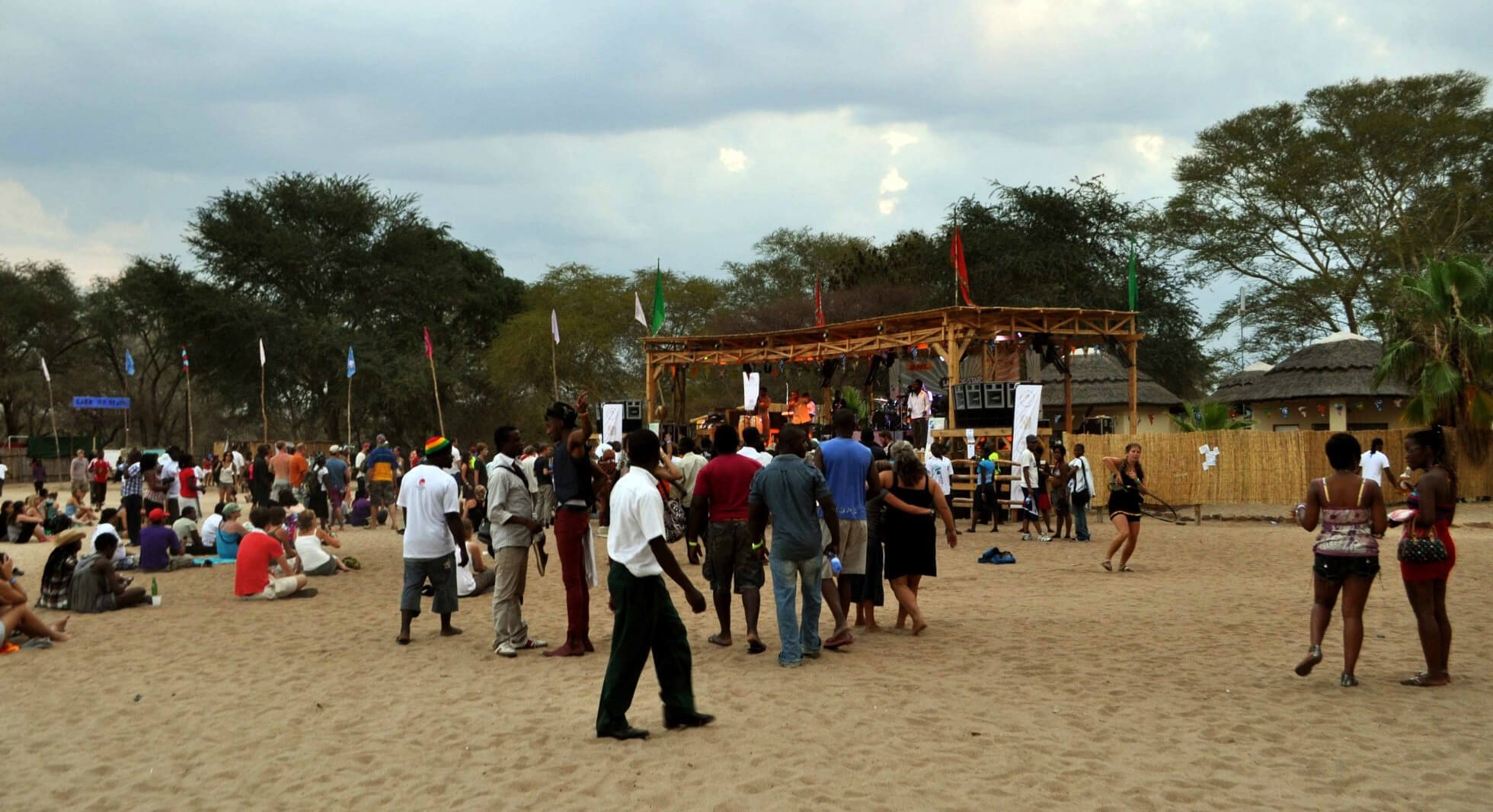 What: By Lake Malawi’s edge comes this spectacular, palm-shaded festival, combining Malawian and international artists for three days in September. Foals, The Noisettes, The Maccabees and Get Cape Wear Cape Fly have all played at this African paradise in recent years.

And hey, if you want to know the best and cheapest ways to some of the best festivals, Compareandfly.com have the answers here.