Since we have a sassy new website, we thought we’d throw in a few new columns too. Our Cultural Agenda column is going to become your mate in the know. The guide lists London’s hottest events, gigs, shows and fun stuff happening over the course of the month. We spend our time, so you don’t have to waste yours. Let’s get planning:

1. For a Film Festival: SERET London 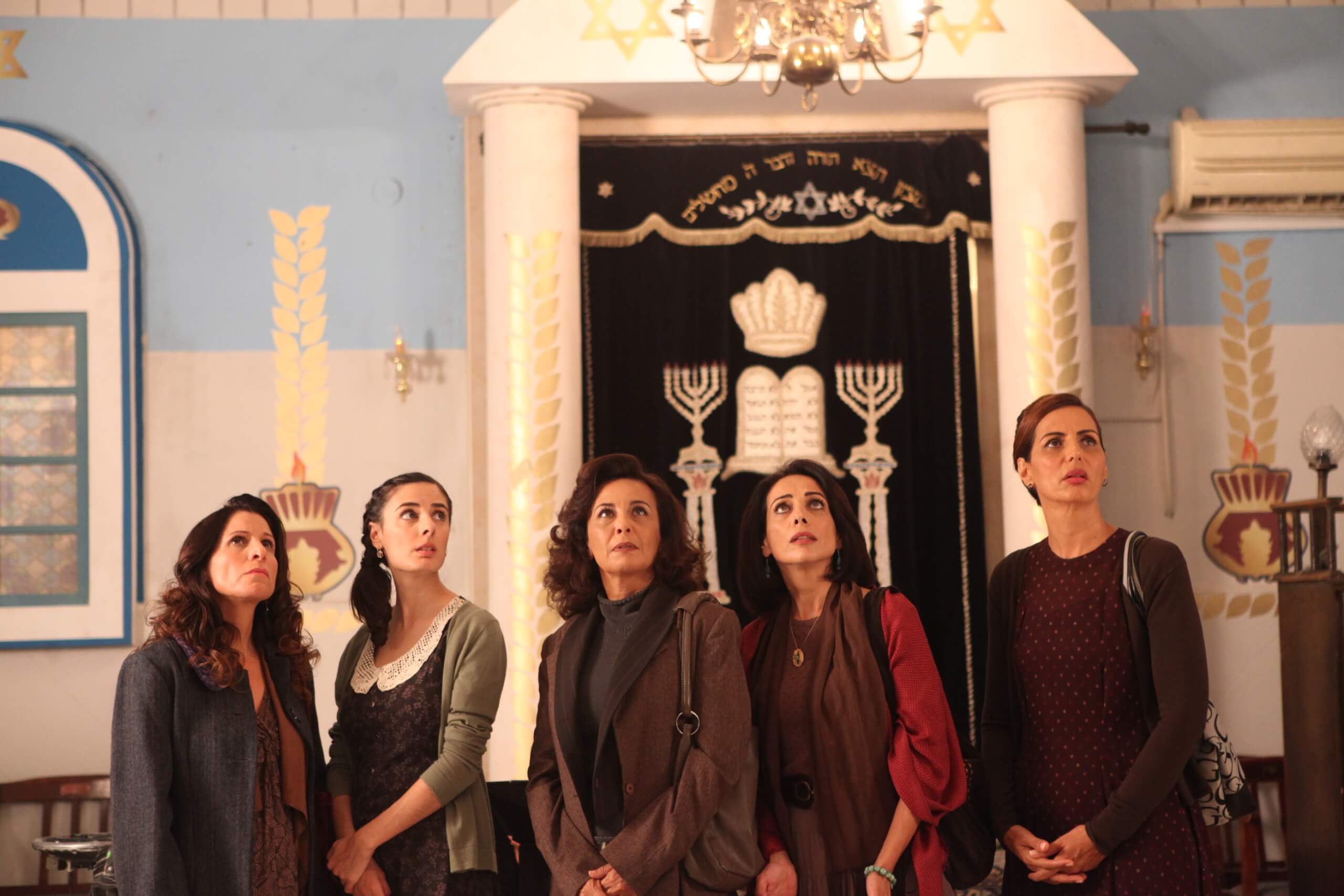 Why: Venues include the Ham Yard Hotel, JW3, Odeon Swiss Cottage, Camden, Richmond, Redbridge, EVERYMAN Maida Vale and Soho Hotel, and selected screenings will include Q&As with the actors and film makers. Soho’s spectacular Ham Yard Hotel will host the festival’s Opening Gala on May 11th with a screening of The Women’s Balcony a brilliantly funny film about brave, strong women. When the women’s balcony collapses during a bar mitzvah, the new rabbi declares it’s because the women weren’t dressing with enough modesty.  When the temporary synagogue opens, the women are shocked to find the new facilities don’t include a balcony for them.

Price: See the website for more information and tickets.

2. For a One-Woman Show: Identity Crisis by Phina Oruche 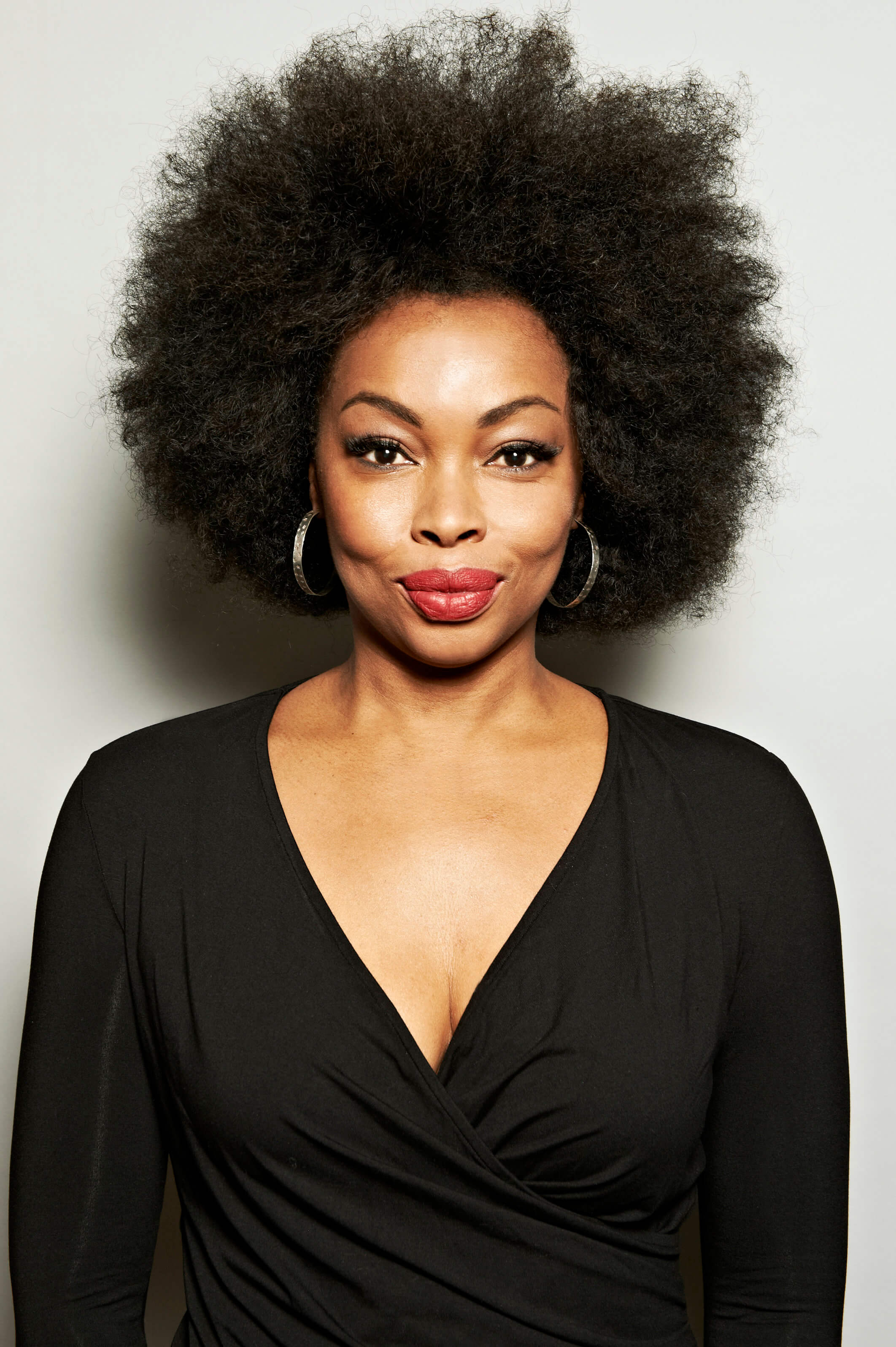 What: Following highly successful runs at the Edinburgh Fringe 2016, International Slavery Museum Liverpool, and The Wardrobe Theatre in Bristol, Identity Crisis by Phina Oruche (ITV’s Footballers’ Wives, Channel 4’s Hollyoaks) transfers to London’s Ovalhouse, running from 9th May for four nights only. This hilariously funny one-woman show explores identity struggles that are common to us all.

Why: The play was born out of a real life story of the sudden death of Oruche’s 19-year-old niece in her home in 2011 from a brain aneurysm. This distressing time was followed by a series of racial and international incidents happening throughout the world and in Oruche’s life. Identity Crisis helped her turn a mess into a message.

Price: Tickets are available from the Ovalhouse box office and website.

3. For a Thought Provoking Play: The Pulverised 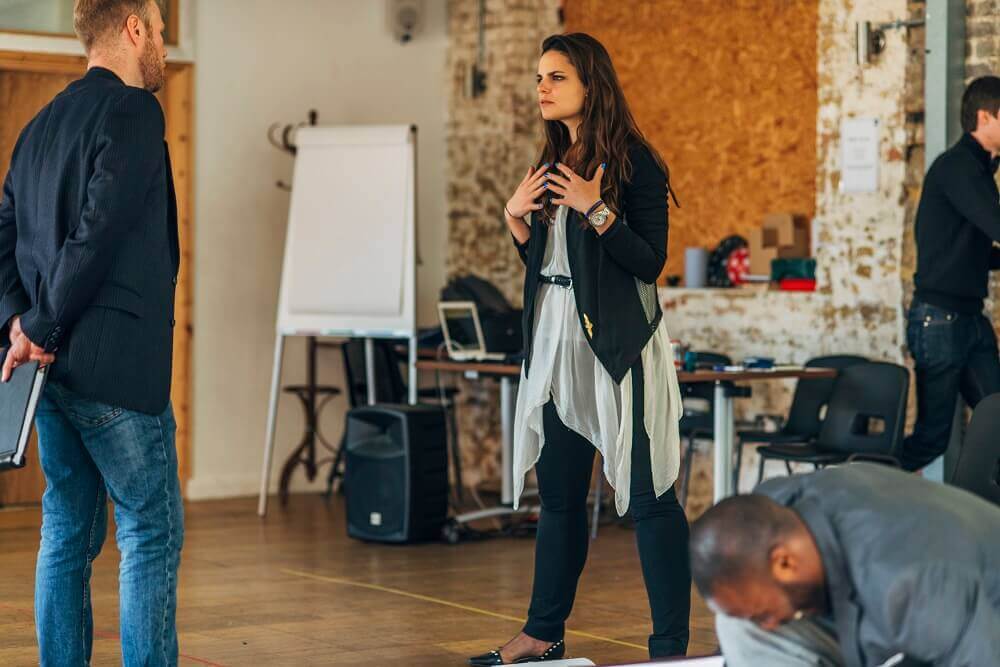 What: Following an explosive premiere at the National Theatre of Strasbourg, where it won the prestigious Grand Prix de la Littérature, Alexandra Badea’s The Pulverised arrives in the UK with a new English translation. When work knows no borders, what’s the cost? Badea’s explosive drama is a powerful and unsettling portrait of globalisation’s far-reaching grip on our working lives.

Why: A quality assurance officer from France, a call centre manager from Senegal, a factory worker from China, and an engineer from Romania – in four corners of the world, they are all engaged in one struggle: the multinational conglomerate they work for is trying to engulf their every waking moment. The Pulverised is a vital new play about escaping the rat race, overcoming distances and discovering new life.

4. For a Discussion: WHAT SHE SAID at W London 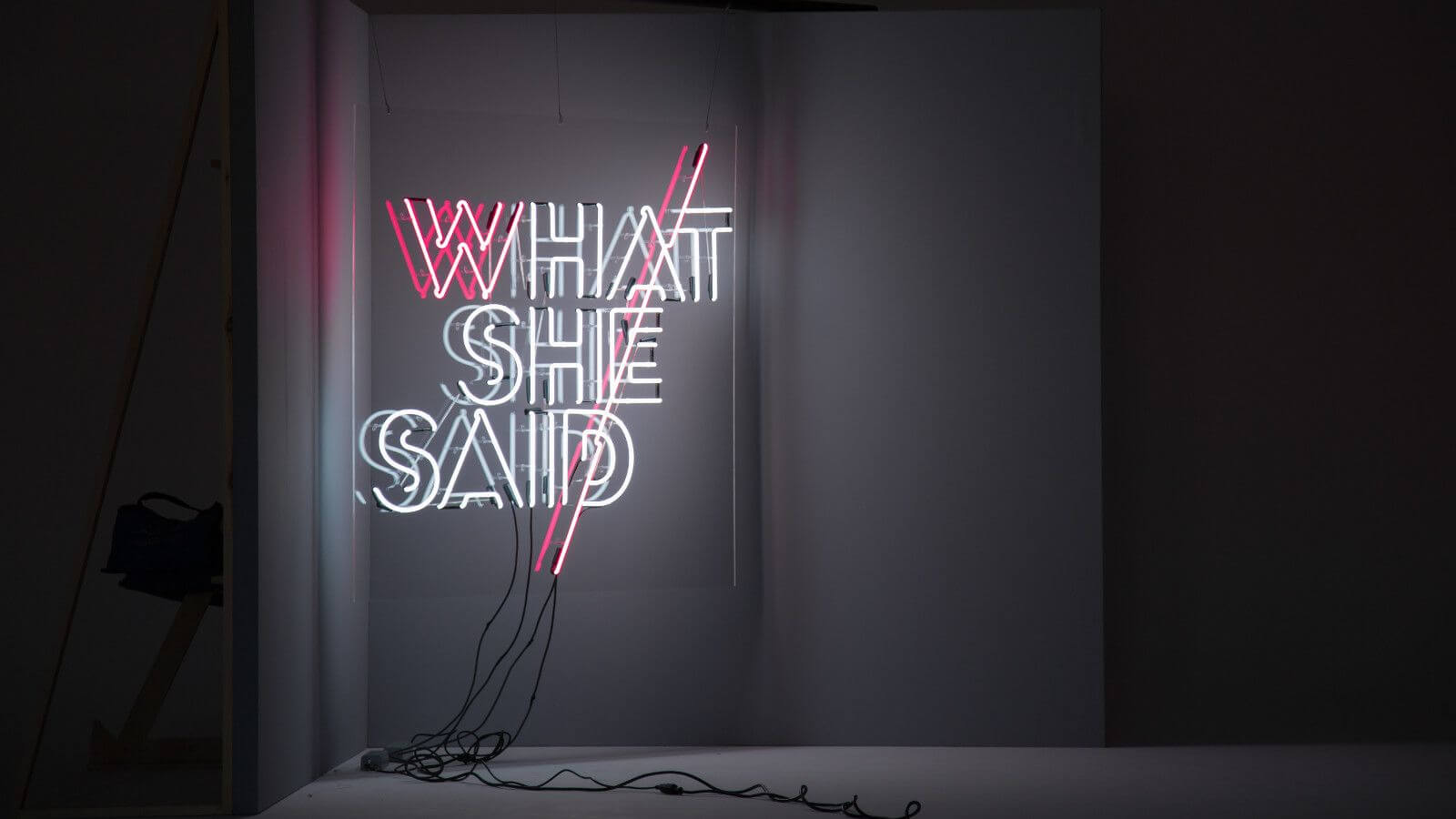 What: With the music industry considered a male-dominated business, W London – Leicester Square invites everyone on 9th May to enjoy a dynamic and bold discussion from inspiring women in the industry, exploring issues including misogyny and the gender pay gap that remains prominent today.

Why: WHAT SHE SAID will be joined by Georgia ‘LA’, journalist and former resident DJ on Apple Music’s global DJ station, Beats1 Radio; Jane Kennedy, Director of Partnerships & Licensing at Modest! Management, known for working with world-renowned artists including Little Mix, One Direction and MNEK; and journalist Leonie Cooper, who has over the years interviewed music legends such as Patti Smith and Debbie Harry for NME. The event includes a 50-minute panel, followed by a Q&A and a cocktail reception at the W Lounge. 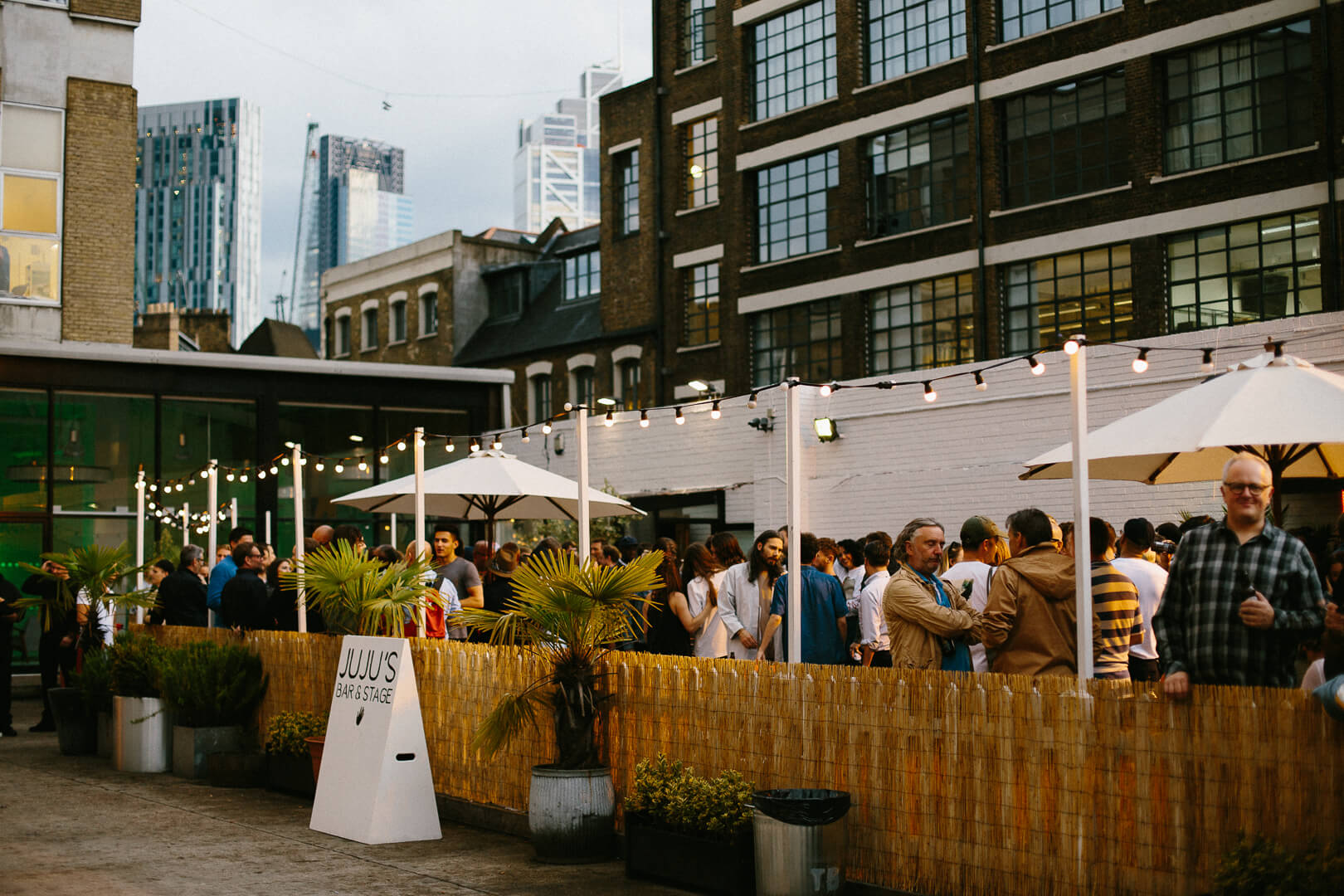 What: Juju’s Bar & Stage programme for May is a diverse and wide ranging selection of events sure to pique the interest of even the most discerning of culture vultures. May will see a slew of weird and wonderful events – Pint Of Science Festival takes over from 15th – 18th with a series of eye opening talks, We Are Now will be curating an intimate, late night party as part of the London-wide Open Senses weekend on 20th, and London’s only literary night club Book Slam comes to Juju’s on 24th, with a great deal more happening throughout the month.

Why: Pint Of Science is a non-profit organisation that brings some of the most brilliant scientists to bars and pubs to discuss their latest research and findings. There’s no need for a degree in astro-physics to attend, the talks are catered for even the most novice of scientist. Each night different speakers will be exploring in-depth subjects – ‘Developing Humans In Nature’, ‘Coding The Future: AI & Nano Materials’ and more. 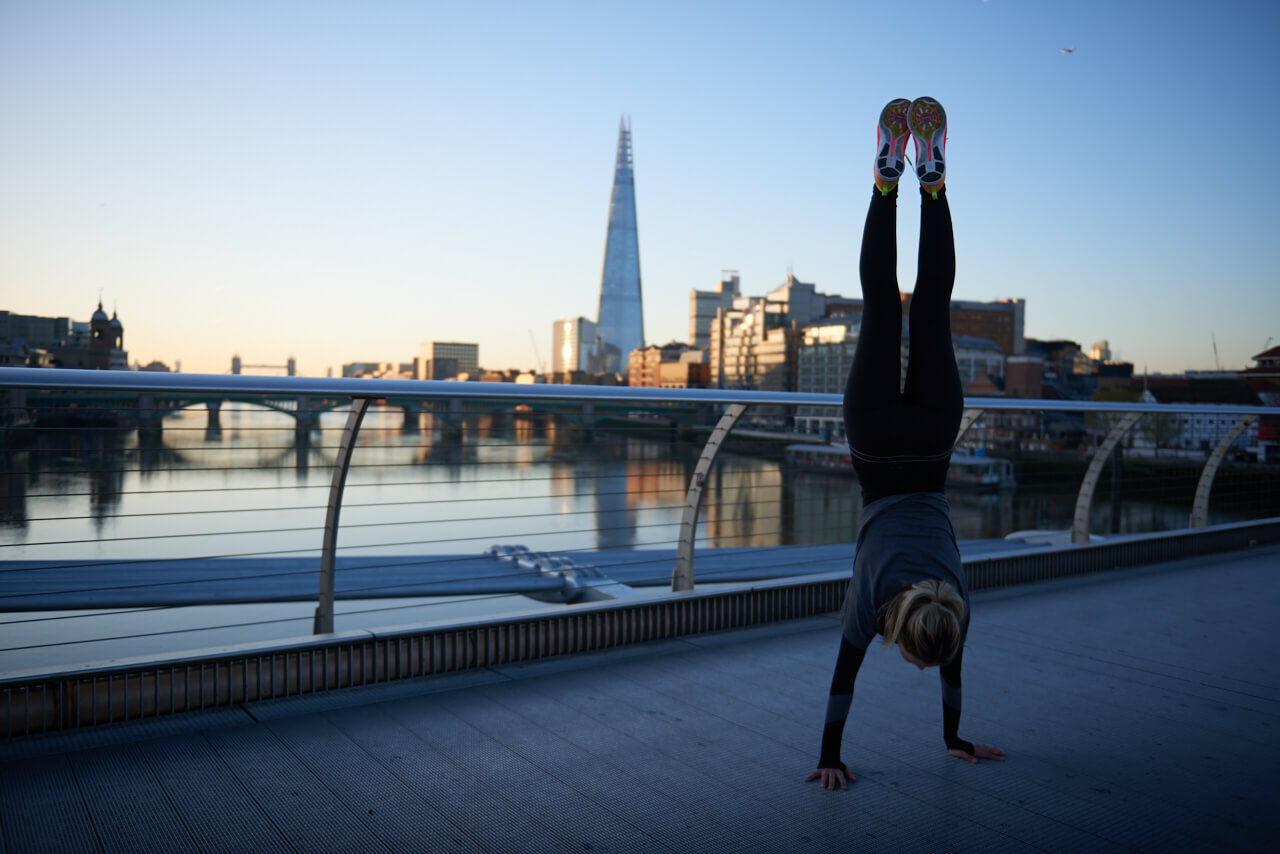 What: There’s no better way to welcome the summer than with an event that celebrates the good stuff in life. Enter Balance Festival, offering everything from food to fun, fitness and accessible wellbeing (and that’s not forgetting a glass or two of prosecco). Taking place at The Old Truman Brewery in London from 12th – 14th May; it will bring together fun-loving foodies, fantastic fitness trainers, awe-inspiring yogis, and most importantly, real people with a quest to enjoy life.

Why: Discover the medicinal properties of wholefoods with Dale Pinnock ‘The Medicinal Chef’,  savour healthy food-to-go with Stephanie Johnson’s Pollen + Grace, and master the art of healthy cooking in the Live Cooking Theatre. Expect plant-based workshops from Bettina Campolucci of Bettina’s Kitchen, learn all there is to know about fermented foods with Irena Macri of Eat Drink Paleo, or find out how to use turmeric three ways with The Flexi Foodie, Julie Montagu. There’s plenty of fitness classes, talks, food and more.

Price: For further information and to book tickets, see here.

7. For Bending and Stretching: Yoga in the Walkways 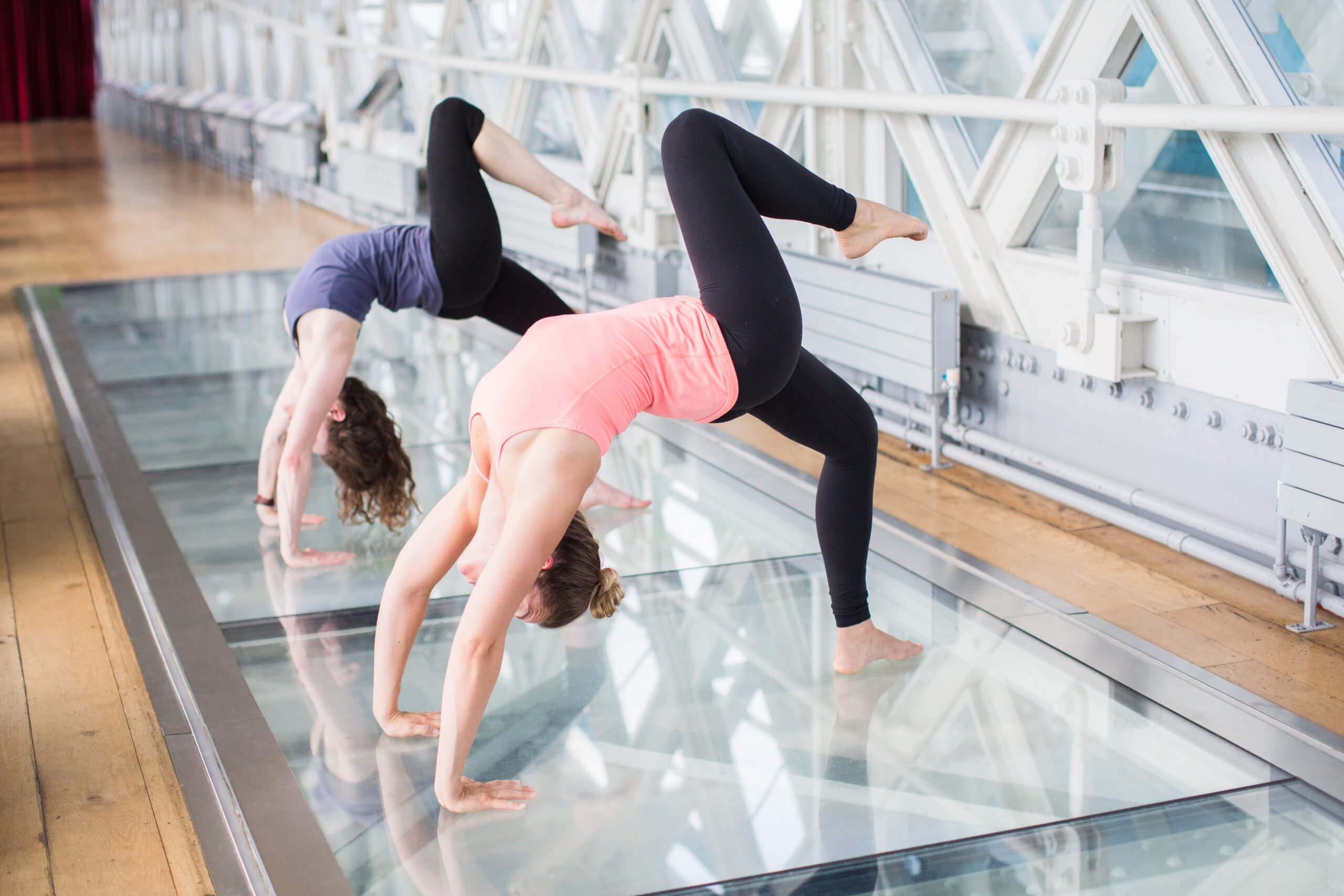 What: Tower Bridge Exhibition is launching a new season of its sell out ‘Yoga in the Walkways’ classes. Back by popular demand, the sunrise vinyasa-flow yoga classes will take place on the world famous attraction’s glass floor walkway, 138ft above the River Thames.

Why: Designed to revitalise, reboot and rebalance, the classes are open to all abiliites and offer a unique setting to perfect the practice whilst taking in the magnificent and unrivalled views of the Bridge’s bascules and beyond. The energetic early morning classes, taught by leading London Yogi Billie Woodcraft, run from 7:30am to 8:20am on the third Wednesday of each month from 17th May till September. 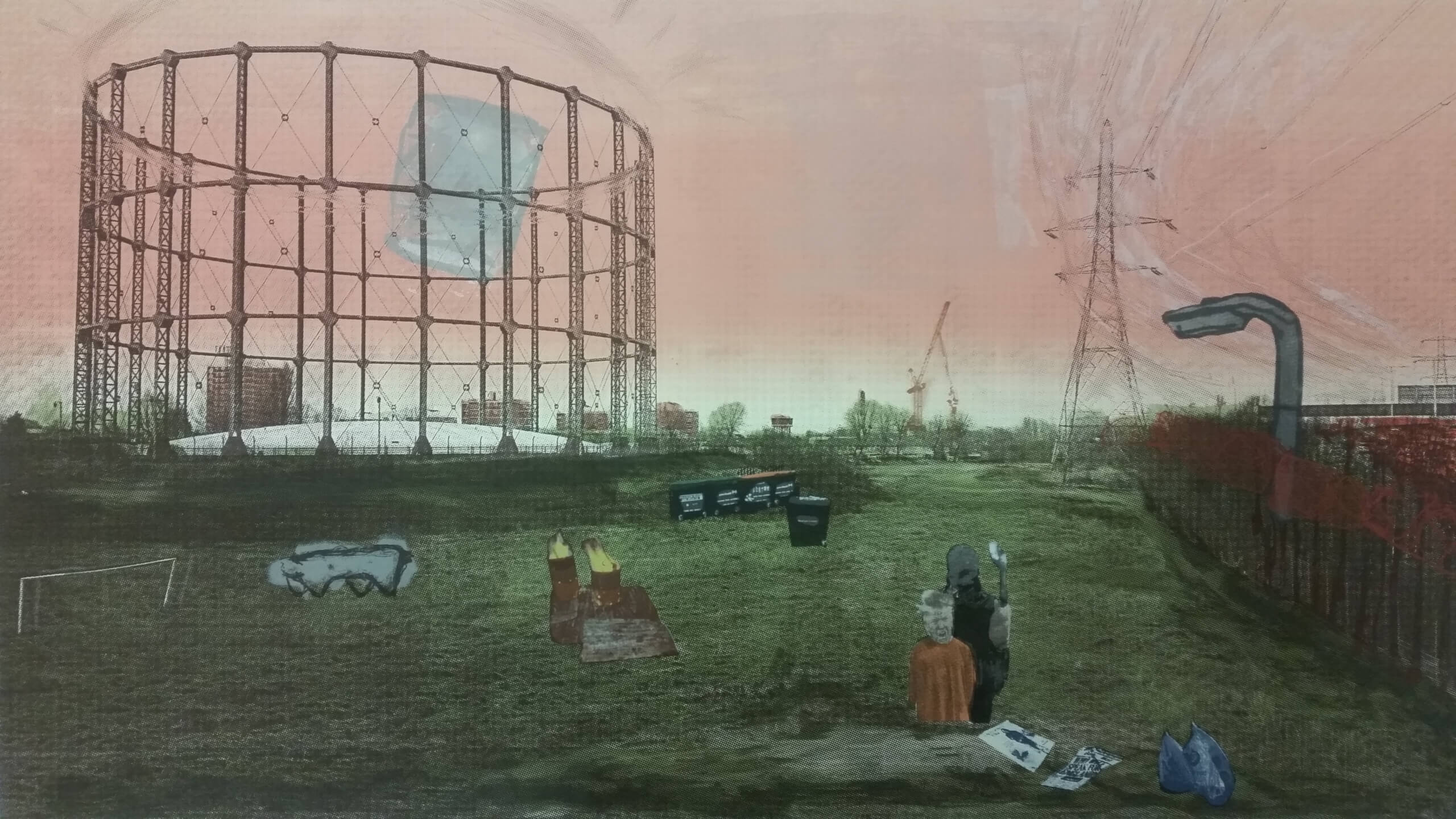 What: Springing forward this year to the earlier dates of 11th – 14th May, the Affordable Art Fair will return with more international galleries than ever before – offering an unrivalled opportunity to invest in global and home-grown talent at an affordable price. Emerging talent from London’s top art schools will show works inspired by unfamiliar foreign landscapes and cultures as part of the Made in Arts London exhibition.

Why: Artists on show will include Imogen Parry, whose landscape photographs look at the concept of ‘paradise’, and Stefon Grant, a London-based photographer who looks at urbanism and the city’s changing faces and what that means for the historic capital. Elsewhere across the fair visitors will be able to browse works by hundreds of artists who’ve travelled the globe to find their creative inspiration. They’ll include British artist Dan Hillier, whose works have been directly influenced by time he spent with shamans in the Peruvian Amazon, as well as works from British-Indian artist Natasha Kumar.

9. For Photography: Kintsugi by Koo Stark 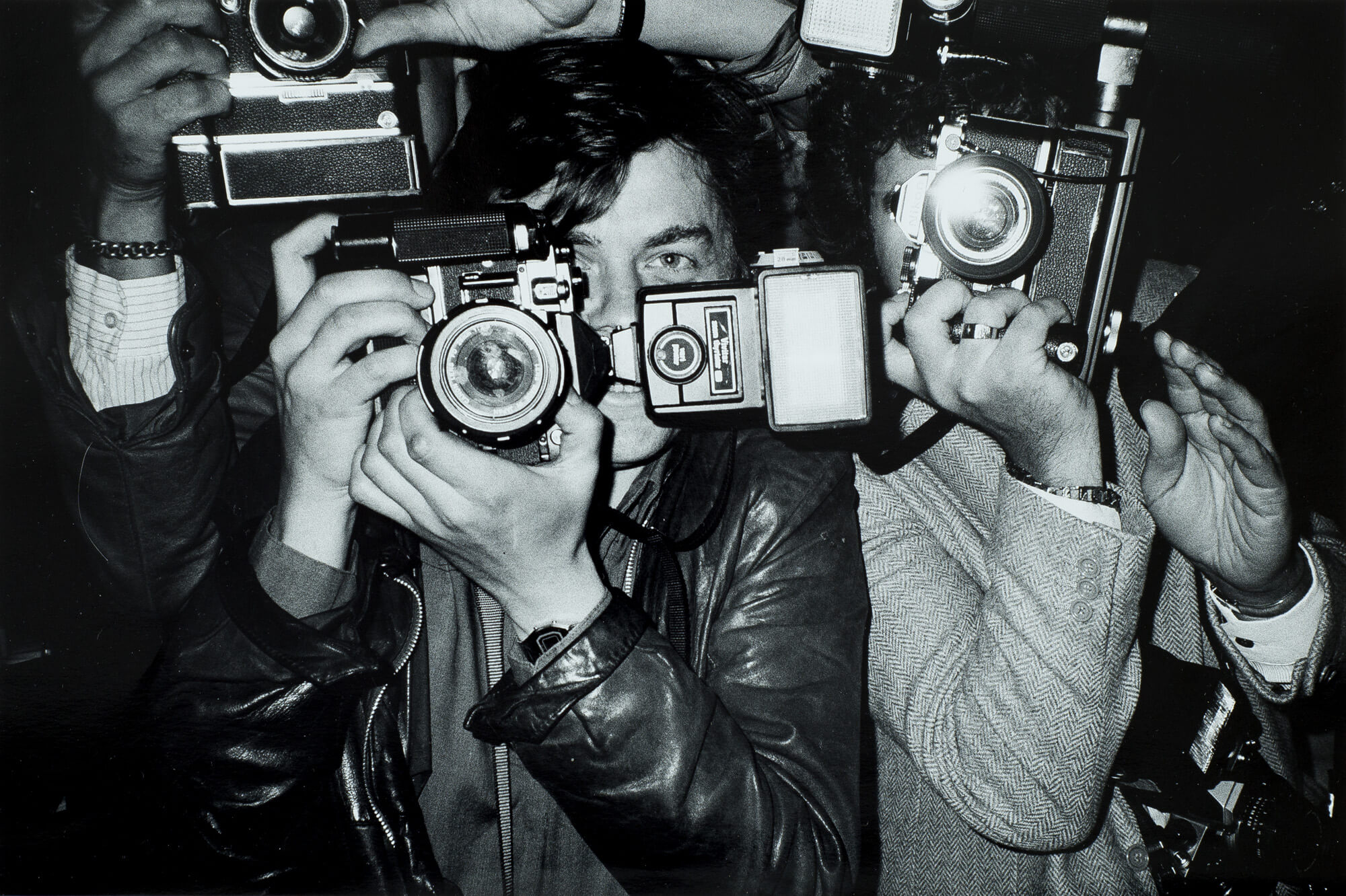 What: Kintsugi is a brand new exhibition by Koo Stark, taking place in Leica Mayfair from 5th to 26th May. Kintsugi is a chronological, visual representation of Koo Stark’s powerful and personal photographs, capturing fleeting moments during the last three decades of her fascinating and eventful life.

Why: Koo will showcase a varied collection of work from the 1980s to the early 2000s, in the Studio at Leica Mayfair. Koo’s work covers many genres and subject matters: from her early reportage, formal studio portraiture, a series of nudes, and recent still life. Using her artist’s eye, daylight, film and camera, Koo shows us moments from travels with her guru, and a captivating new body of work depicting her lifelong interest in yoga. 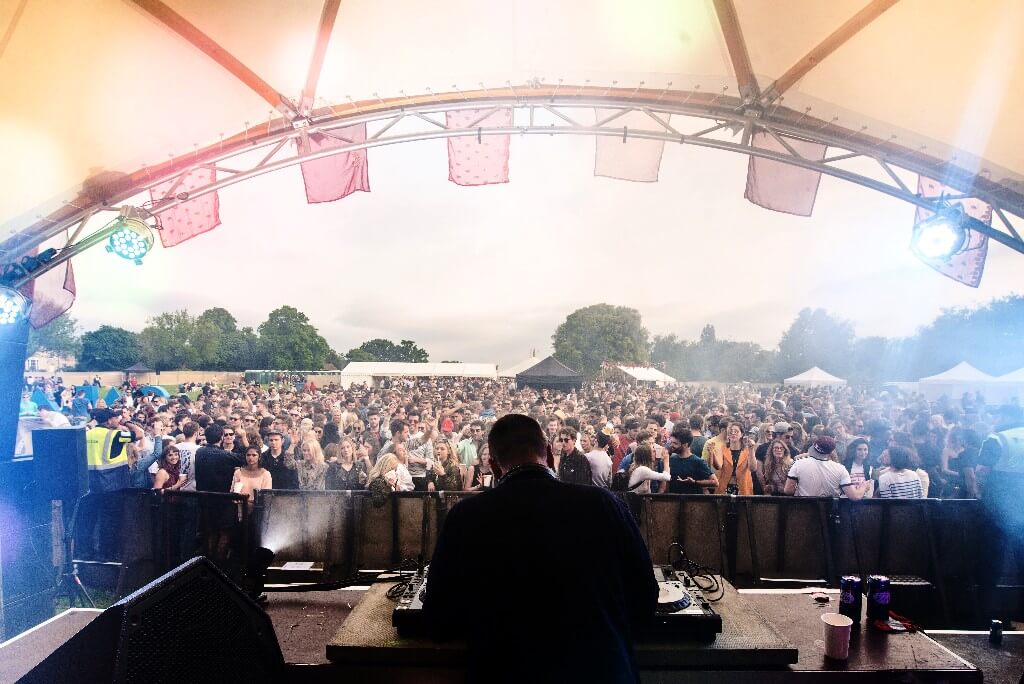 What: GALA is a day festival like no other, combing the best of South London’s independent food, drink and music offering for one stand-out event that will kick start the capitals summer. Set in the the scenic Brockwell park with views over the city, GALA will host some of London’s greatest food traders and boutique alcohol brands alongside a stellar line up of highly established DJ’s and live acts.

Why: The music is supplied by ‘The Holy Trinity of Disco’ with Studio 54’s mighty Nicky Siano, the legendary Paradise Garage DJ’s and South London party-starters Horse Meat Disco for this disco, funk and soul extravaganza. Peckham’s own Forza Win will be hosting a pop-up restaurant running three sittings during the day while The Joint, Made Of Dough, Killa DIlla, Bill Or Beak, Chicken Shop, Kricket and more will be on hand to supply plenty of other amazing dishes on the day.

Cultural Agenda: One For the Diary 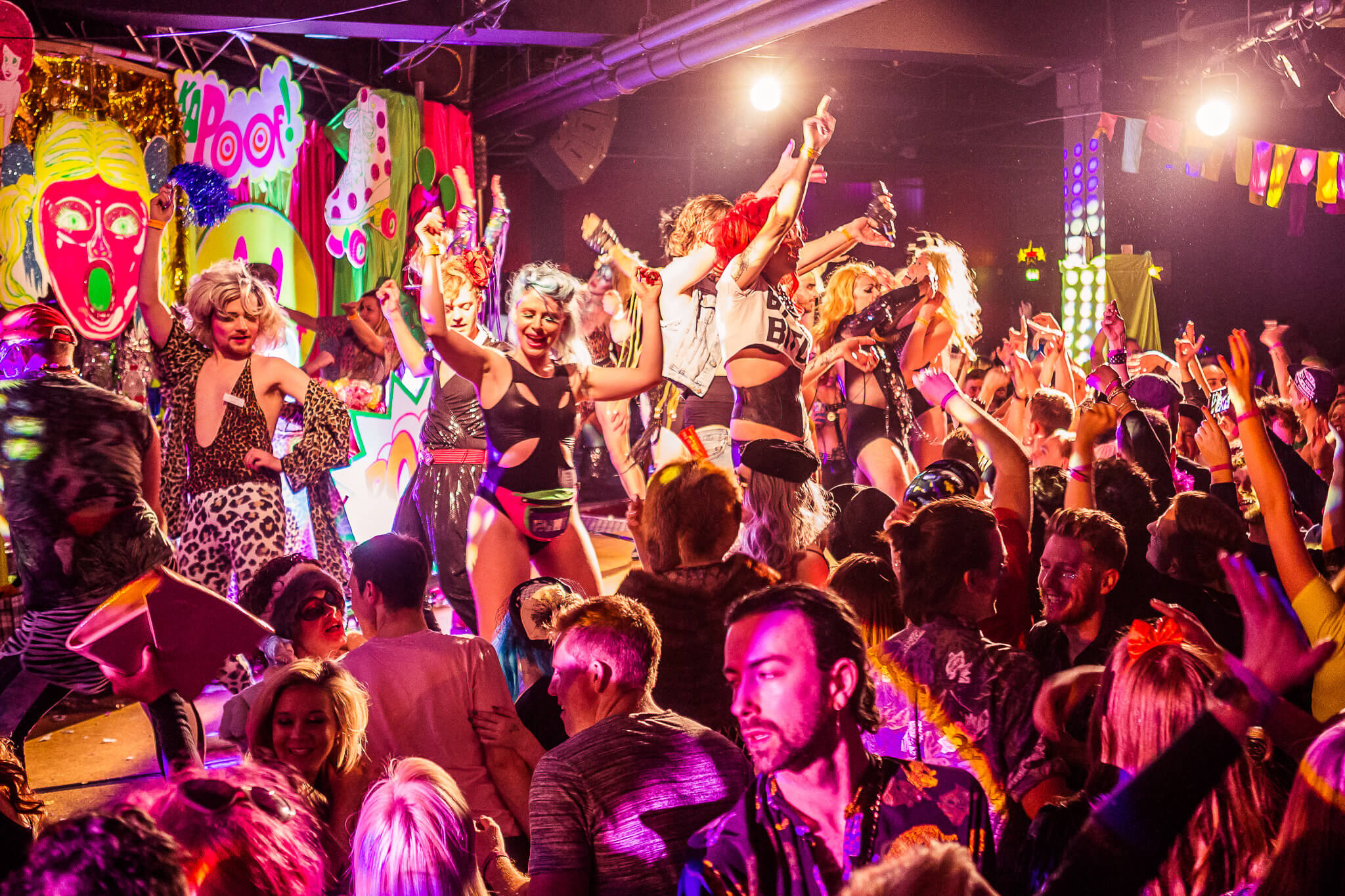 Why: Fleur East is set to take to Mighty Hoopla‘s main stage flanked with the creme de la creme of the UK’s drag scene as part of Sink The Pink Soundsystem. Years & Years, All Saints, Will Young, Sophie Ellis Bextor and garage duo Artful Dodger will also be banging out their biggest hits. There’s DJ sets, glitter, bingo and comedy. A smashing day out.

Price: Tickets are on sale now from £35 with a VIP offering at £50 – both available via Mighty Hoopla‘s website.