London / Special / Events / Secrets of Success: How to Build a Brand You Believe In

Secrets of Success: How to Build a Brand You Believe InBy Angelica Malin

Thinking of launching your own venture and need guidance on how to build a brand identity? Want to know how to build the biggest, baddest brand out there? Need the push to go it alone? Want to eat free popcorn whilst listening to some inspirational speakers? We’ve got the event for you.

Introducing About the Future: a new London-centric festival of entrepreneurship, which puts on a spotlight on the UK’s most prominent entrepreneurs, business owners and freelancers with 12 thought-provoking events throughout June and July 2018. The festival is dedicated to inspire your personal business journey – we’re all about empowering the next generation of UK entrepreneurs, creatives and self-starters, in a real and tangible way.

This special evening on the 7th June, at the stunning space The View at Battersea Power Station, features insight from some of the UK’s leading brands, across a range of industries – from food to co-working spaces. The founders will be sharing their personal tips on branding in an intimate, honest panel talk. Forget corporate jargon and lofty business talk, this talk is all about keeping it real – we’ll be discovering the secrets of success from brand owners who have been there and done it. You will learn:

– How to design a brand + career you love

– How to market your brand to consumers through PR + marketing

– How to use social media to amplify your brand

– How to effectively commuicate and translate your brand’s ethos

– How to motivate + inspire a team

Come down and learn with us (there will be wine and snacks, obviously). 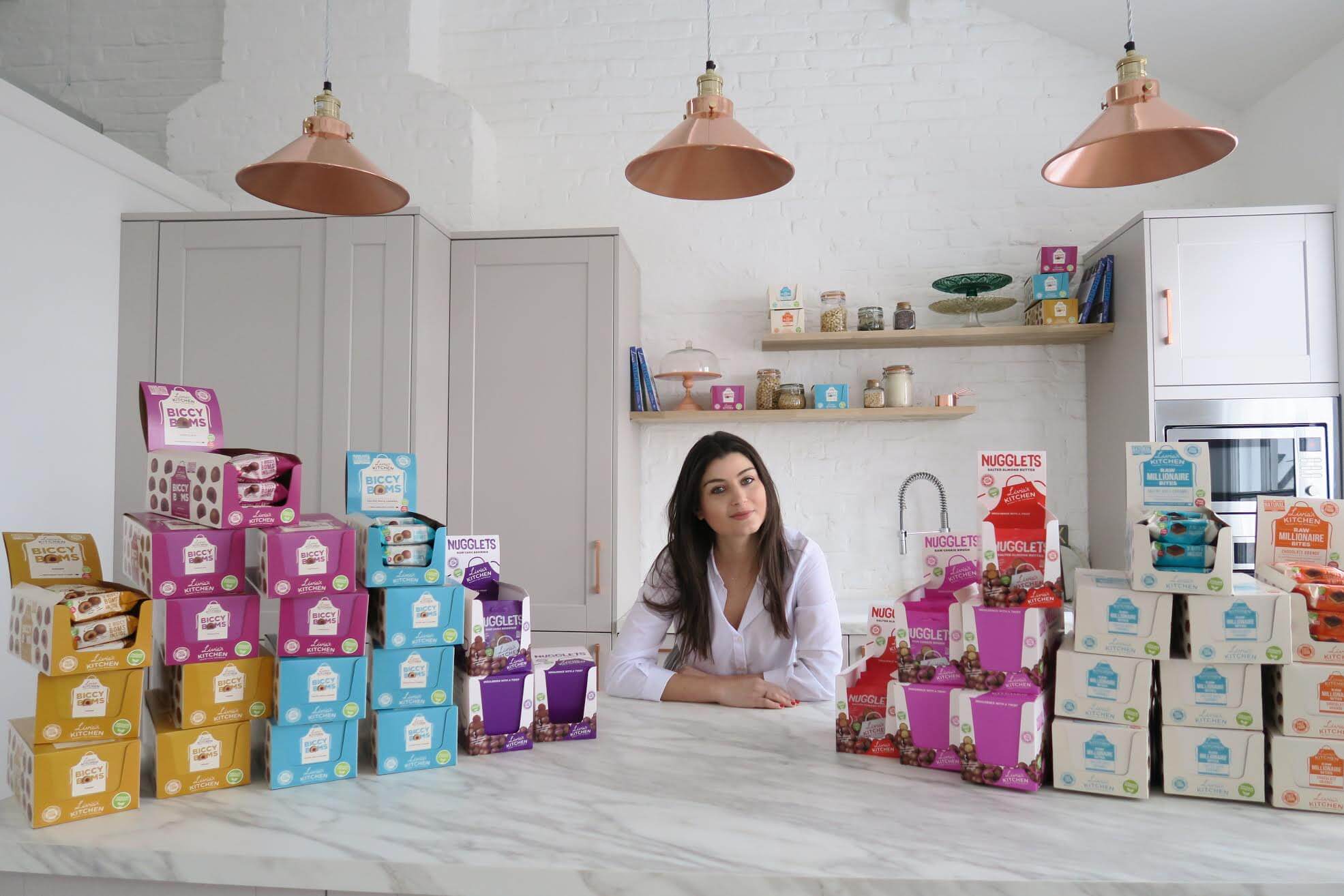 Olivia founded Livia’s Kitchen in 2014. Livia’s Kitchen specialises in creating sweet treats with nutritional twists. She started the company by launching superfood crumbles exclusively in Selfridges. The company was born out of her own recently diagnosed food intolerances which prevented her from being able to eat her favourite treats like cupcakes and chocolate. Olivia then started the popular Livia’s Kitchen recipe blog, and began to generate a strong social following on Instagram. Soon after came the launch of her first cookbook, Naturally Sweet and Indulgent Treats which is available to buy on Amazon. Following from this, Olivia launched popular product ranges: Raw Millionaire Bites in 2016 and Biccy Boms in 2017, and most recently Nugglets which launched March 2018. The two former ranges are available to buy on the Livia’s Kitchen website and in major retailers including: Sainsbury’s, Boots, WHSmith travel stores, Selfridges, Planet Organic and Wholefoods Market. Nugglets are available in Wholefoods, Selfridges, Planet Organic, Boots and online. 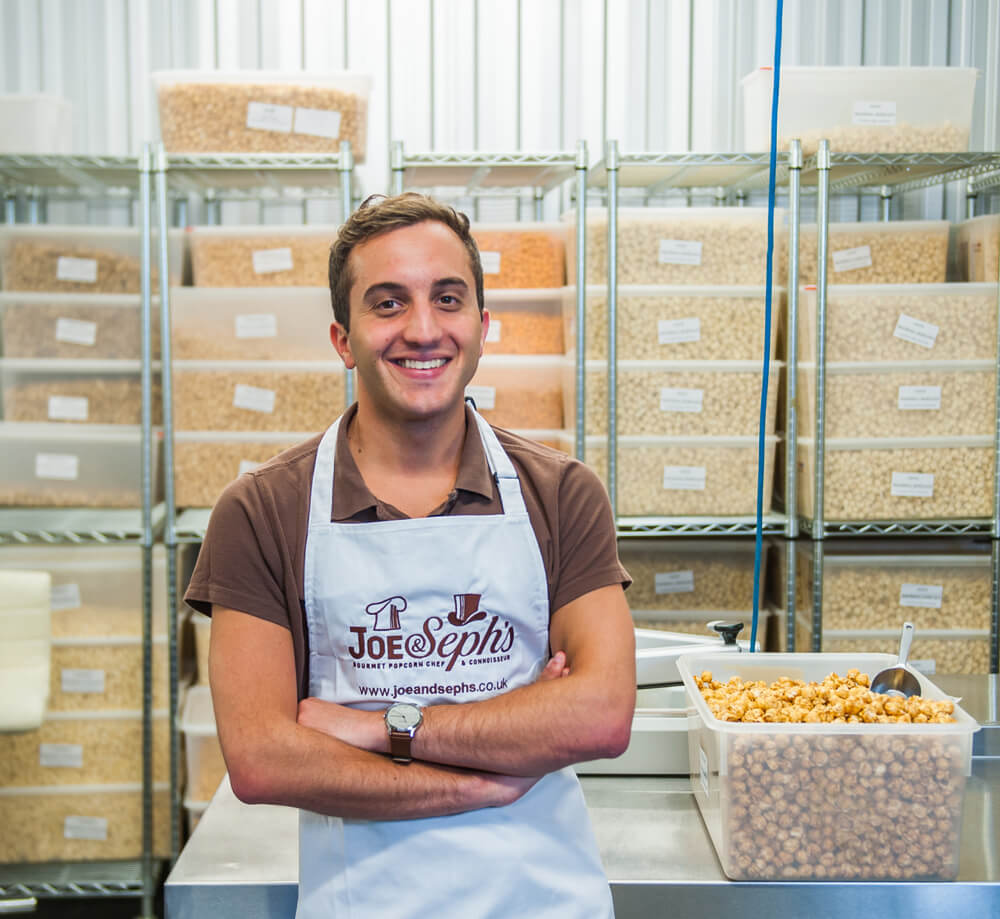 Adam Sopher is Co-founder and Director of Gourmet Popcorn brand Joe & Seph’s. Officially the best tasting popcorn around with 34 Gold Great Taste Awards, Joe & Seph’s is revolutionising the UK popcorn market with its air popped corn in a range of innovative flavours, from Goats Cheese & Black Pepper to Gin & Tonic to Marmite. Now stocked in 3,000 customers in 19 countries, Joe & Seph’s is proud to work with customers includingWaitrose, Ocado, British Airways, Cineworld Cinemas, Claridges Hotel and many more. Joe & Seph’s have been fortunate to win a number of awards including the Grocer Gold Award for Exporter of the Year in 2015, the FDF Exporter of the Year in 2016 the Grocer New Product Award and Sweets & Snacks Middle East Best New Product Award. Adam’s biggest career highlight to date is securing Selfridges as their first stockist in October 2010. Since then Joe & Seph’s has grown significantly and now boasts over 2,500 stockists globally. 2016 saw them launch the first official Marmite popcorn in partnership with Unilever, with previous brand collaborations also including BrewDog and Laurent Perrier. They’ve won plaudits from experts in the food and drink industry including Michelin Star Chefs Marcus Eaves, Peter & Jonray Sanchez as well as 2013’s GreatBritish Bake Off Winner, Frances Quinn. Their popcorn is used by the leading lights of the hospitality industry from Claridges to The Soho Hotel, as well as the Picturehouse Cinema group. 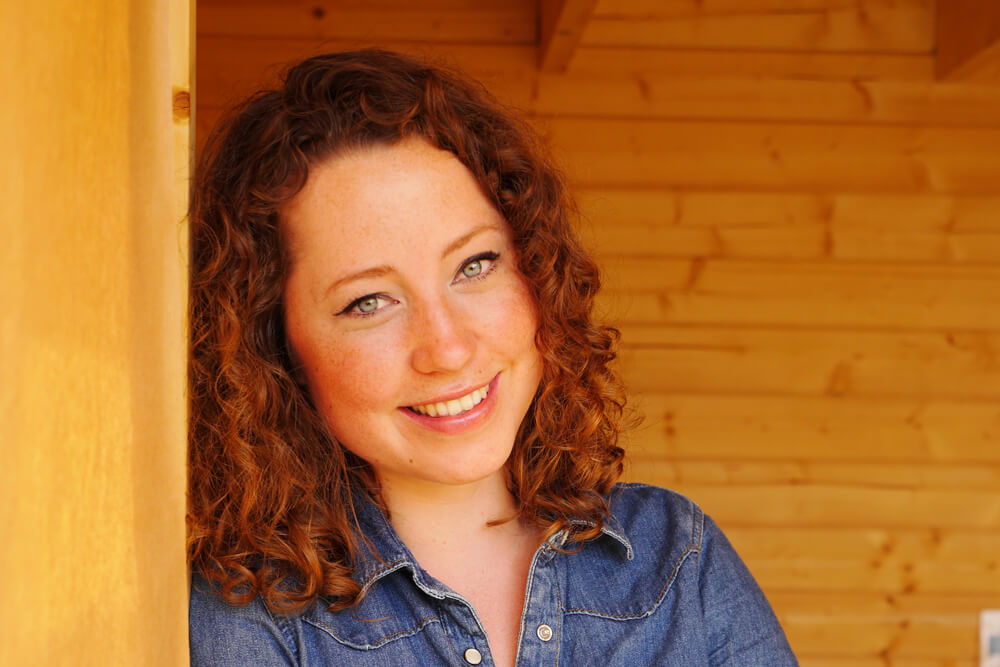 Pip Murray, 29, is the Founder of the award winning nut butter and almond milk brand, Pip & Nut. Pip came up with the concept for the brand in 2013, while eating lots of peanut butter to support her marathon training. Pip & Nut expanded into a new category in 2017, with the launch of three natural almond milks. Following a successful crowd-funding campaign, Pip & Nut first launched on to the shelves of Selfridges in January 2015. Since then, the brand has gone from strength to strength, growing by 400% in its second year and turning over just under £5m in 2017. Now Pip & Nut is stocked in more than 4,000 stores in the UK and Ireland, including Sainsbury’s, Tesco, ASDA, Morrisons, Ocado and Whole Foods. In 2017 Pip & Nut also launched into supermarkets in The Netherlands and Norway. Pip & Nut was voted in at No.22 in Startups.co.uk’s prestigious Startups 100 2017 – the definitive index of Britain’s best and brightest start-up companies launched in the last three years- and listed in the ‘Ones to Watch’ list in The Sunday Times Fast Track 100 2017. Pip has won a host of industry awards, most recently including Consumer Business of the Year and the Amazon Growing Business Awards and Young Entrepreneur and Product Business of the Year at the Startups.co.uk Awards 2017. Pip & Nut’s mission is to become the nation’s favourite healthy food brand and has some ambitious plans in the pipeline to help make this happen, including more exciting new product development and further expansion into new territories. 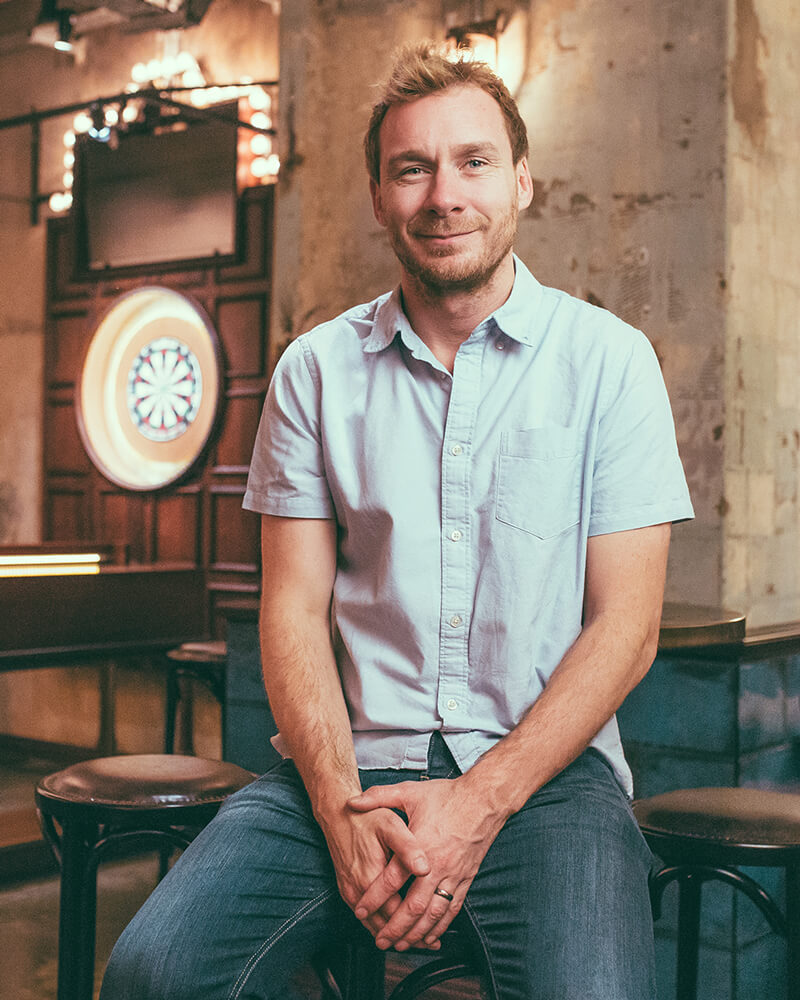 Steve Moore is the Co-Founder of Flight Club, the multi-award winning birthplace of Social Darts. Flight Club currently have two venues in central London, with their first international site opening in Chicago in May 2018. To date more than 36 million darts have been thrown by 600,000 people. It’s Flight Club’s mission to lead the market in delivering exhilarating social experiences, and the company’s values run through all of FlightClub’s actions, these are: innovation, passion, warmth and togetherness, and are key to the business’ success. 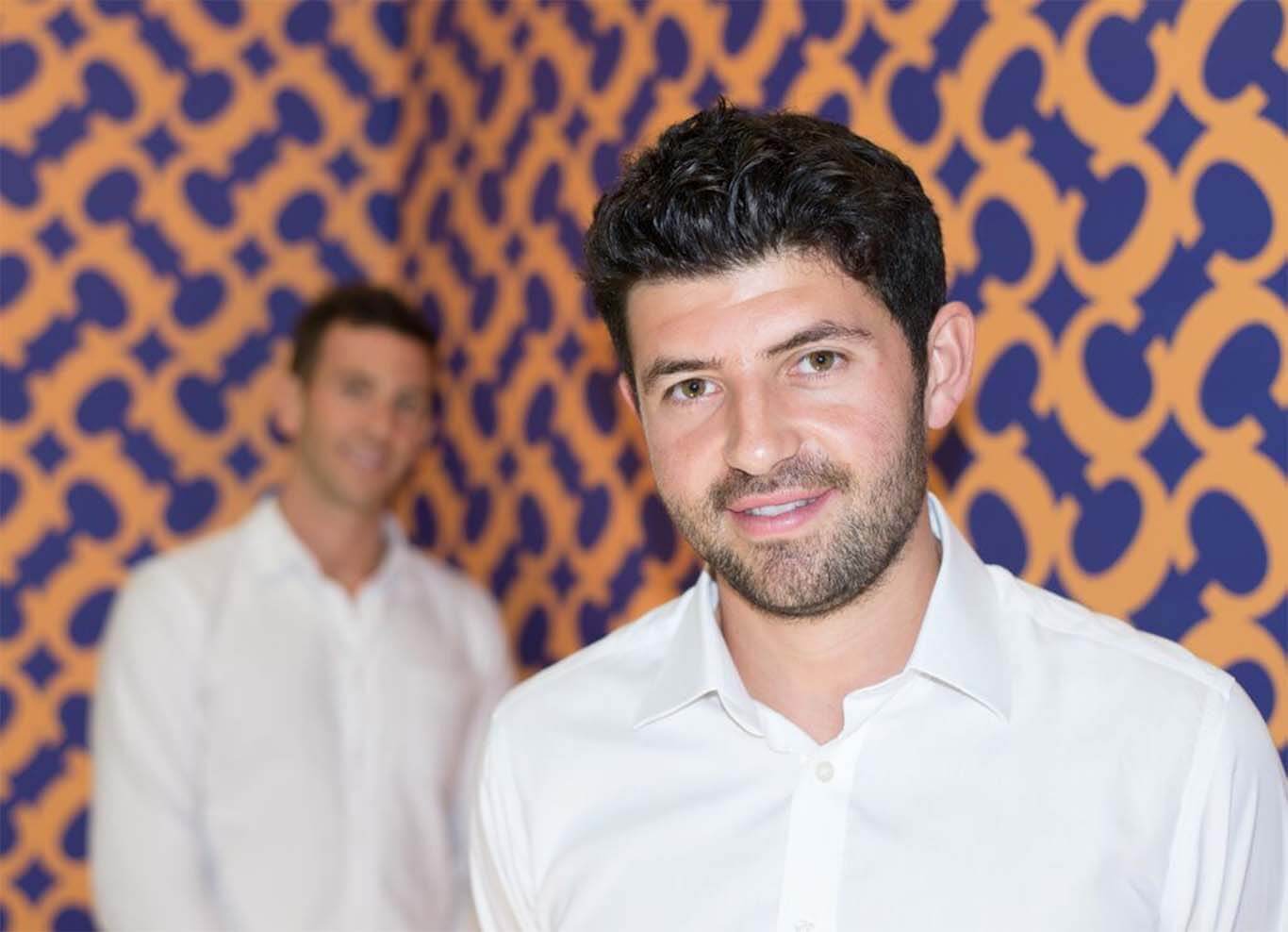 David is one of the co-founders of work.life. Before setting up work.life he spent 7 years in alternative fund raising for a variety of institutions, businesses and start ups and was involved in investment deals totalling over $1bn. He has expertise in marketing, fundraising and strategic growth for early stage businesses. Kosky works hard on creating the space and experience that makes coming to work something you look forward to! 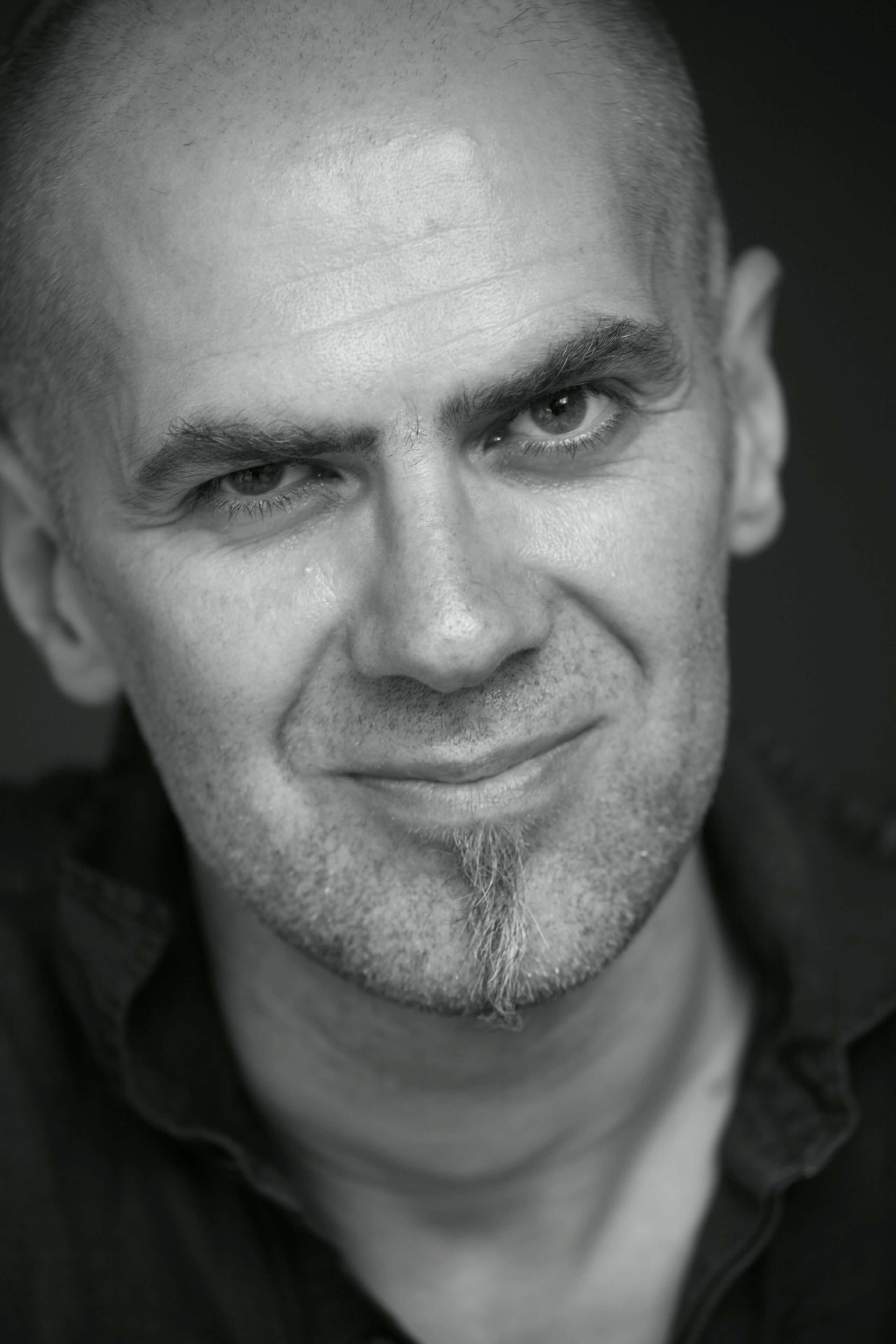 Gift entrepreneur David Hicks is a main stay within the greeting card and gift industry – there is a significant possibility that you have bought one of David’s cards and if not, one has been bought for you – such is the prominence of the Really Good brand within the British gift market. A company which started with a £200 investment and has blossomed into a £4million pound business selling to over 30 countries globally. In the 90s, when the company was hit by the demise of the Athena stores, The Really Good Card Company expanded into gifts, as reflected in the shortening of its name to ‘Really Good’. By this time the company had established itself as a leading supplier of fun and humorous cards and gifts, always offering something a little different from everyone else. Full of ideas which fell outside of the brand values they had become known for, in 1997 David launched Soul, a much more design-led, contemporary giftware range. Soul also flourished, and today the brands are responsible for producing many of the gift sector’s best-selling products – Really Good’s ‘Man Tin’ having sold more than 600,000 units globally. His brands Really Good and Soul will celebrate thirty and twenty years in business respectively in 2018 and when the entrepreneur is not scouring the world with his camera for new product and design inspiration, he lives happily on a boat near to London’s Hammersmith.

Please note: we cannot offer refunds on tickets, although we will accept name changes with 24-hours notice.