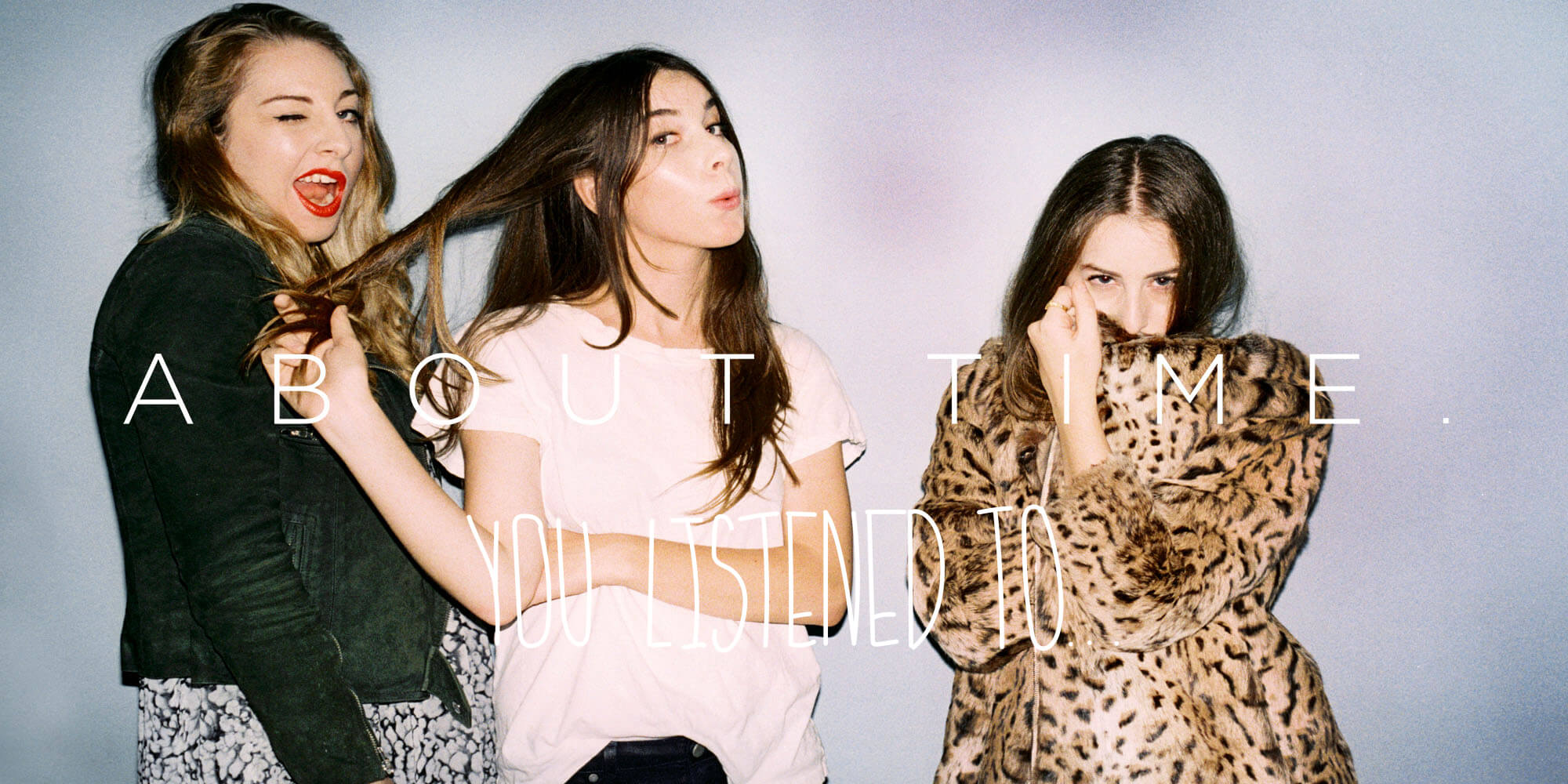 If I Could Change Your Mind – Haim

Get Lucky was quite catchy, wasn’t it? If you have recently found yourself muting, drowning or hiding all of your audio equipment for fear that another track as emphatically contagious is on the horizon, just days after finally getting Get Lucky out of your head, it won’t please you to learn that the robots and international man of the moment/month/year Pharrell have collaborated once again.

Fear not though (if catchy tunes are actually something you’re scared of), as Gust of Wind is not likely to surprise you on the night bus in 2015 in the same way that Get Lucky probably could. While key elements of this famous partnership are retained (Nile Rogers style guitar flicks, vocoder-heavy vocals) there’s an altogether different feel to this. The unhurried bassline anchors a blustery flurry of strings, and gives the track more of a driving rhythm than the grooving and bouncing of Get Lucky. This time it’s Daft Punk’s turn to appear on Pharrell’s work, and although it won’t be the chart smash that Get Lucky was, it’s more than just a polite return of the favour. At the moment you can catch it here.

When it Was Dark – Elli Ingram

Going from strength to strength since last year’s Sober EP and a high profile cover of Kendrick Lamar’s Poetic Justice, Elli Ingram is one to watch, not least because of the recurring comparisons to a certain James Bond theme penning, record breaking, North London born singer. Try the gospel infused When It Was Dark.

Kathleen – Catfish and the Bottlemen

The top YouTube comment on another of this Bristolian 20-year-old’s video asks whether he may have done a deal with Satan to get that voice. If so, thank God he did. Here’s his newest single, Cassy O.

The ever-changing experimental stalwart returns with a new album, this time with quite a few down-tempo numbers.

Got To My Head – WATERS

Got To My Head is as youthful, sun-drenched and uplifting in its melody as it is uneasy, nervous and awkward in its lyrics. The crashing drum sound and shout-along hook do a lot to tie the two sides together, and make this bittersweet second single an impressive one.

Stripped back indie pop from Falmouth on this track by The White Bicycles. Elegant storytelling softly performed, save this up as a cure for your Sunday morning hangover.

The Devil is a Lie – Rick Ross ft. Jay Z