London / Culture / Theatre / About Time for a Theatrical Festival Fix

About Time for a Theatrical Festival FixBy Gilly Hopper

For a festival line-up that’s more Trevor Nunn than T-Swift, check out The Edinburgh Fringe, The Scoop and the Wilderness Festival – three theatrical festivals you don’t want to miss this summer. 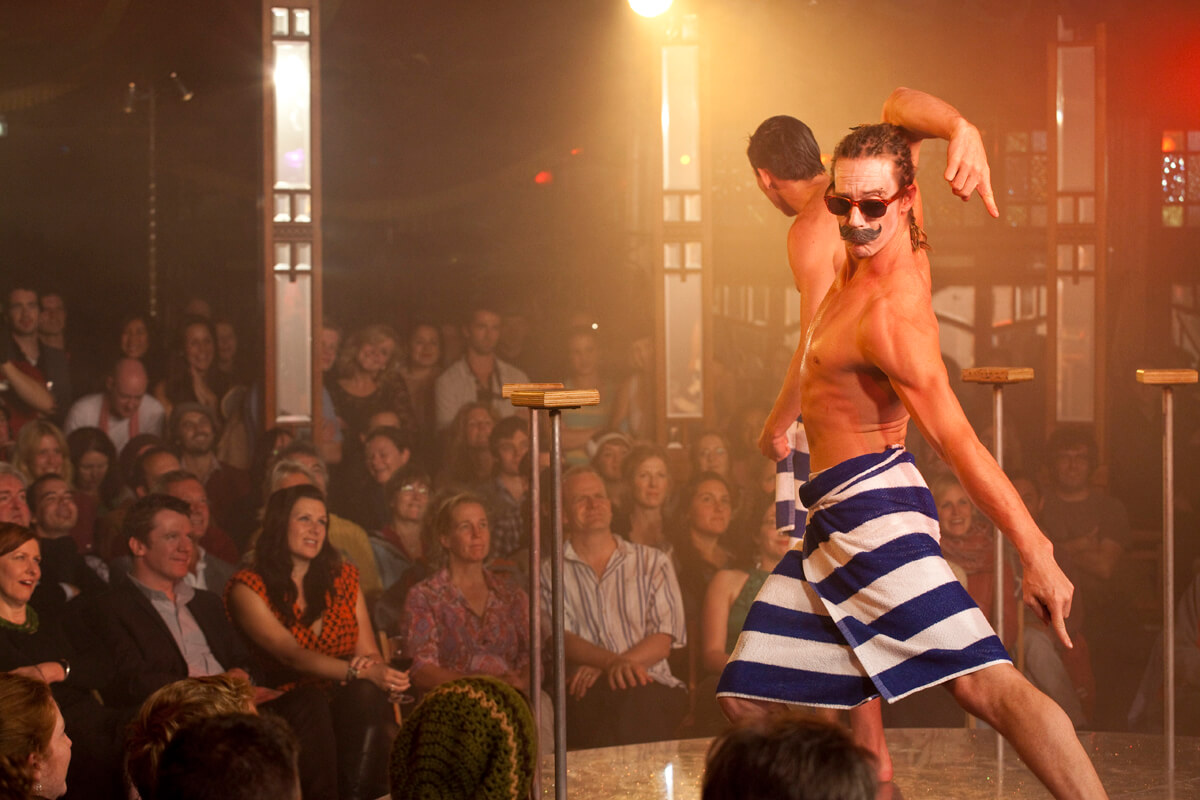 Every August for three weeks The Edinburgh Fringe consumes the Scottish capital with rich performances, some god-awful experimentation and more creativity than you could ever hope to find in the Barney Bag. As the world’s largest arts festival – encompassing everything from cabaret to comedy – it can seem a mammoth challenge to even begin to formulate a plan or structured itinerary of must see shows. To maximize your time at the festival (as you bravely attempt to take on the entire fringe in one weekend), take this advice: mix up performance genres, take chances and dabble in the occasionally game of ‘eeny-meeny-miney-moe’ when that final decision proves just too darn hard.

This year will see 50,459 performances of 3,314 shows from 49 countries in 313 venues across Edinburgh. Want a laugh? There is a high chance you’ll leave with a chuckle, with comedy making up 34% of the festivals outputs this year. If you’ve ever gone along to the lottery for The Book Of Mormon then you know how HI-larious (and theatrical) ushers can be. Ushers: The Front of House Musical, is set in a West End theatre, and follows the lives of the stagiest of ice cream sellers who dare to dream. Run time is 1hr 20 min, we’re calling curtain on this one! 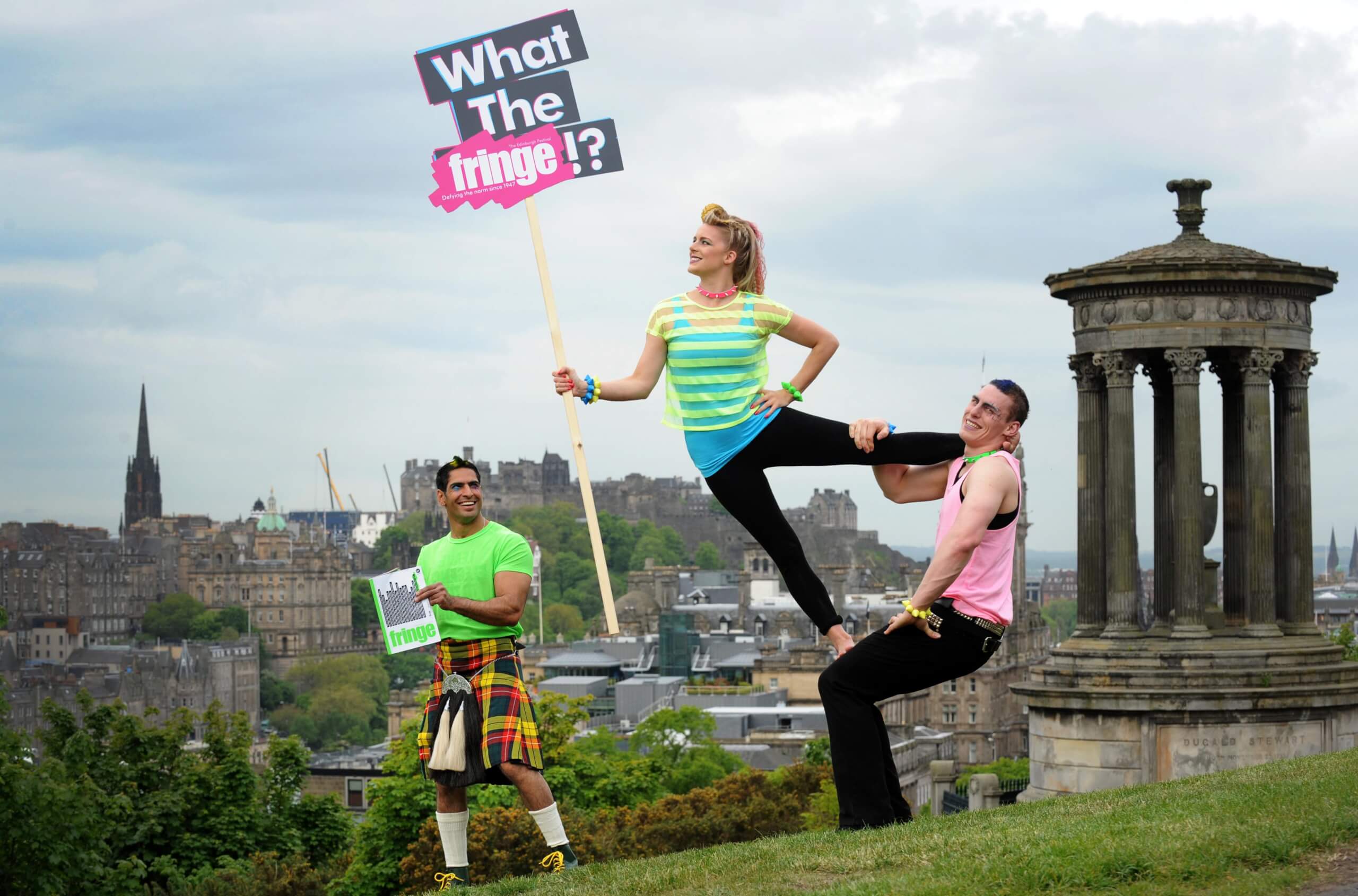 Interested in a spot of contemporary drama? The Corn Exchange returns to the Traverse Theatre with the adaption of Eimear McBrides astonishing novel, A Girl is a Half Formed Thing. Portraying an Irish girl trying to make sense of her fractured childhood, Aoife Duffin’s performance is not to be missed. A blazingly daring work.

If you fancy some circus try, Close Up. Commissioned by Underbelly, the world premiere of Circa’s Close Up is tipped to be an ‘intimate performance that by shows the glorious power of the human body exploring adventure, playfulness and warmth.’

For a more somber choice, opt for Run, the story of four investment bank interns chasing a career in the City. Inspired by the true story of Moritz Erhardt, a 21-year-old intern who died at his London flat after reportedly working 72 hours straight, RUN exposes the glamour and grind of the Square Mile.

Feeling frugal? The Virgin Money Half-Price Hut is also a good budget friendly option for those still deliberating on the day, and there are plenty of free shows and events to enjoy too. 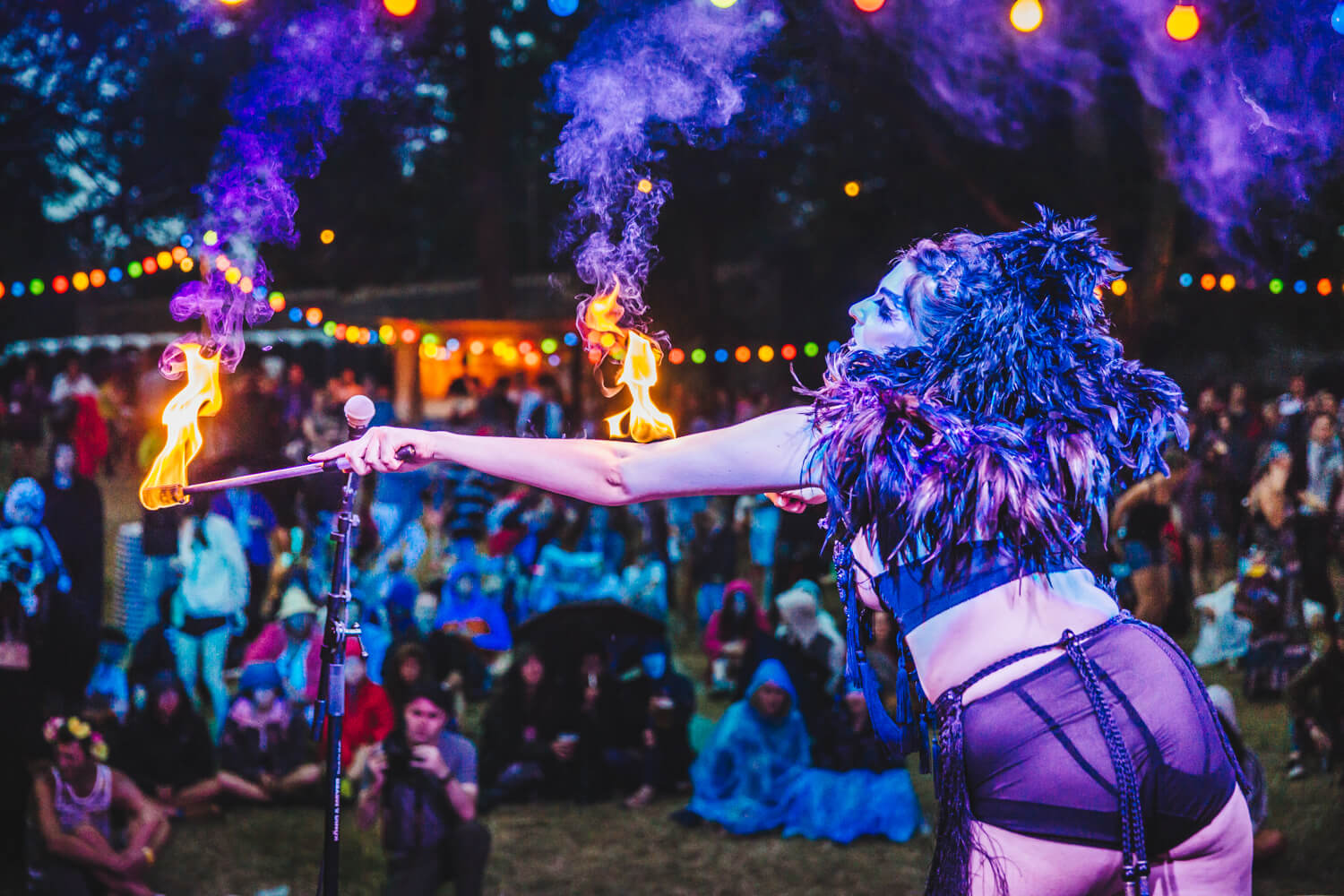 The Wilderness Festival, held at Cornbury Park, Oxfordshire just screams ‘delightful’ and there’s still time to grab the last remaining tickets to this quintessentially ‘lovely’ festival. You can ‘take the time to experience the beauty and magic of art and music and connect with each other in an authentic way.’ With roaming performances, dressing up stations courtesy of Prangsta Costumiers, Violet’s Box and Secret Emporium to coax and convert even the most cynical of attendees into a magical mindset

If Opera’s your bag, suss out selections from Opera North and Opera Holland Park. Continuing in the classical vein of things, sample Oxford Shakespeare Company’s Promenading Players as they return for their annual promenade performance in the private gardens. 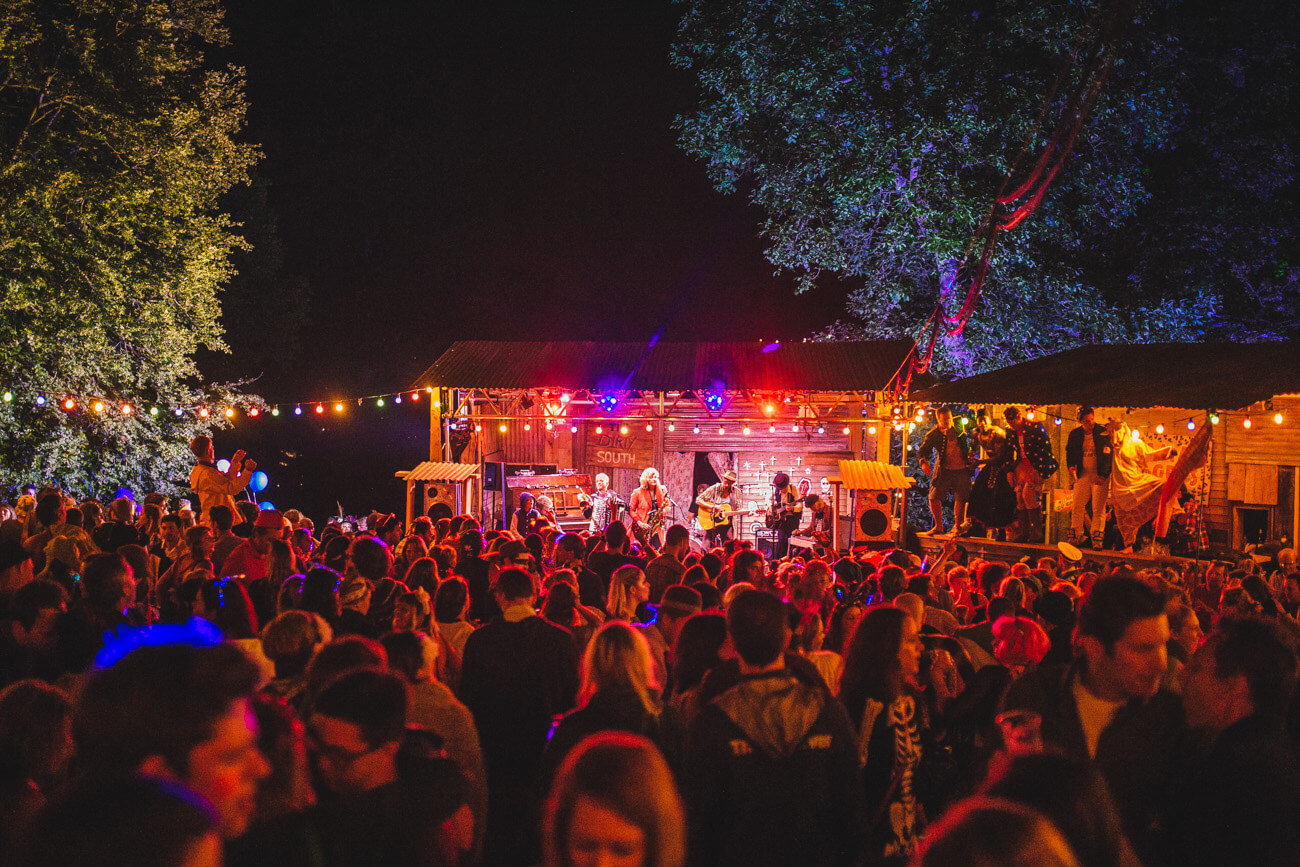 Delve into the world of Twelfth Night! (one of Shakespeare’s so-called transvestite comedies.) Directed by Nicholas Green, OSC’s works interact with the environment in which they are performed, allowing the audience to fully submerse into the world of the play. For theatre, National Theatre Live will be broadcasting the NT’s acclaimed production of Robert Louis Stevenson’s Treasure Island, a tale of murder, money and mutiny. Brought to life in what critics called ‘astonishing,’ ‘a remarkable take on Stevenson’s classic,’ Bryony Lavery’s production reimagines a sea chest full of secrets and dangerous voyaging. 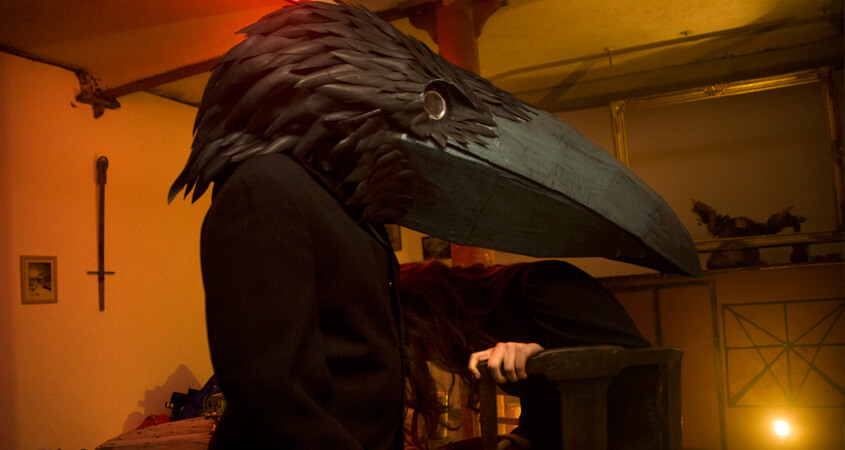 Foolish People’s The Woods Trapped at the Edge of Midnight gets our nod of approval as the must see theatre event of the Wilderness Festival. Foolish People create dreamlike worlds to inhabit and explore, creating stories by merging film, performance, sound, art, light and the location. Choose your own journey within the forest in Cornbury Park, and unveil a hidden camp, inhabited by gods, spirits and monsters; a sacred site that exists at the edge of midnight. The performances, the stories, are multi-faceted. There’s a childlike quality to this work, while its language, according to the company’s founder, John Harrigan, has certainly been “influenced by the book ‘Landmarks’ by Robert Macfarlane, which explores forgotten words and forgotten landscapes.” 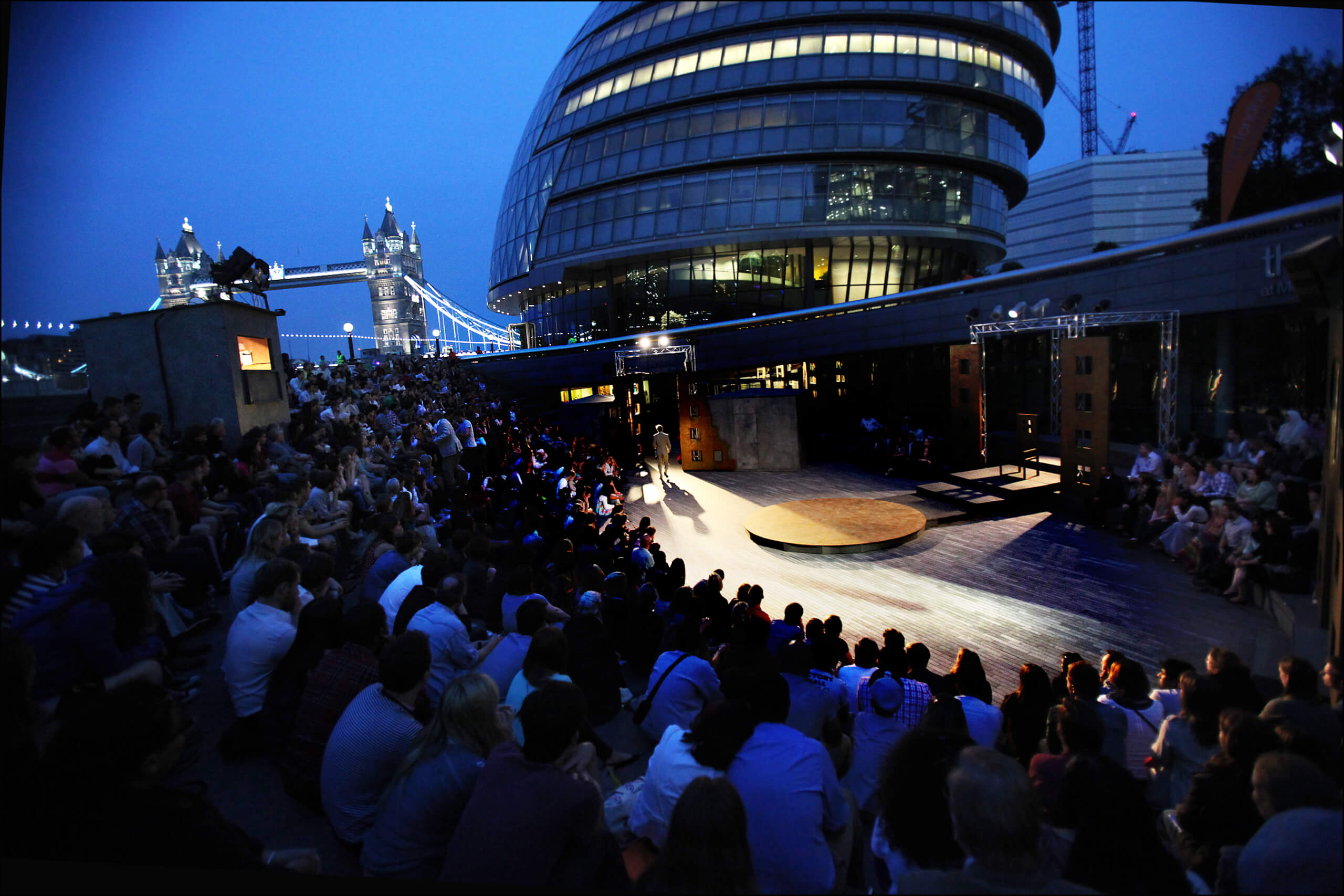 Alright you London lot; looking for something a little closer to home? The Scoop – London’s Free Open-Air Theatre Season – is an ideal, and purse friendly, alternat