Alice Norman, former head chef at Emilia’s in London and Founder of Pinch in Suffolk, is heading to West London’s favourite artisan bakery Layla on Ladbroke Grove for one weekend only (Saturday 9th and Sunday 10th April), bringing her signature crullers to the capital for the very first time. 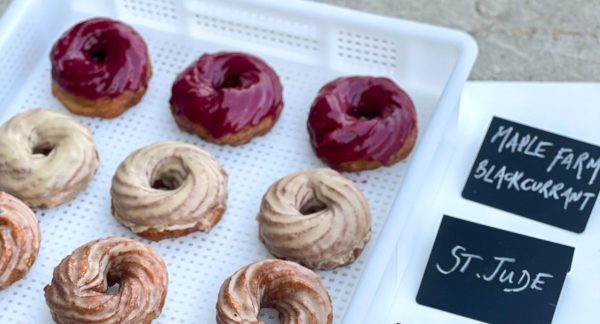 If you’re not familiar with crullers, they’re a fluted, ring-shaped doughnut made from choux pastry with a light airy texture. Honestly, tasting is believing.

All made using Suffolk’s finest produce, Pinch is bringing four cruller flavours to join Layla’s usual weekend offering of sourdough breads and pastries, with an additional cruller being created by the team at Layla exclusively for the pop-up. The five cruller flavours include: Original Glaze; Honey and Bacon; Chocolate and Malted Barley; Rhubarb and Custard; and a Layla special, Earl Grey and Bergamot. 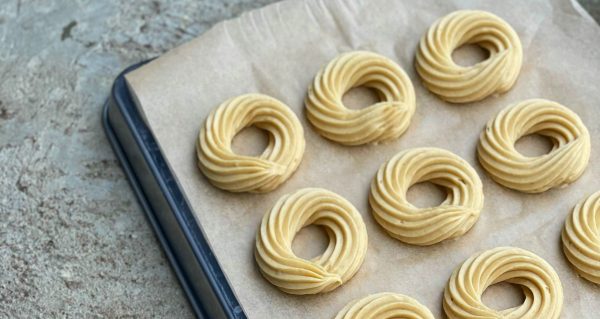 Pinch is based at Maple Farm in Suffolk, a county not widely celebrated for its culinary scene, but that’s actually home to some of the best producers in the country. With Pinch, Alice celebrates Suffolk’s best producers, and her ethos of keeping things local has led to smarter and more creative cooking, including her iconic crullers.