We Are Scientists LiveBy Toby Leston

“How’s it going guys. We’re the We Are Scientists band”

Says Keith Murray, the dynamic silver fringe of a front man like someone with a secret, before they’ve even played a song. Having walked on stage to REO Speedwagon’s Keep On Loving You (and bassist Chris Cairn giving it all the 80’s karaoke face scrunching he can give), Murray introduces his band like he’s holding back a spoiler. Not in the sense that he’s about to ruin your day, like he’s read A Storm of Swords and can’t wait to beat Sky Atlantic to the punch, but like someone who’s already seen what you’re watching and smugly knows it’s pretty goddamn funny.

And that makes a lot of sense for We Are Scientists.

How many bands talk to the crowd before they’ve started playing anything? To most acts, that would take the heat out of what they carefully plan to be an eruption of an opener. But part and parcel of the We Are Scientists’ offering is the conversation and the humour, as they’ve brought a refreshing class-clown attitude to indie rock since they started. It’s one of the things that their fans like most about the band- one of the biggest cheers of the night was to Cairn’s early promise “we’ve got a couple more songs and lots of chatter.” We Are Scientists fans expect good songs, but are faithful to the tone of the show as a whole, and that’s why it seems right that they walked on to Keep On Loving You and it seems right that they started by just talking rather than haughtily blasting into of their biggest riffs. Because coming to see We Are Scientists isn’t like coming to see a rock band and it shouldn’t be, it’s about the trimmings too.

Basically, Keith Murray has seen this before, and as it transpires Shepherd’s Bush Empire would agree that it is pretty goddamn funny. 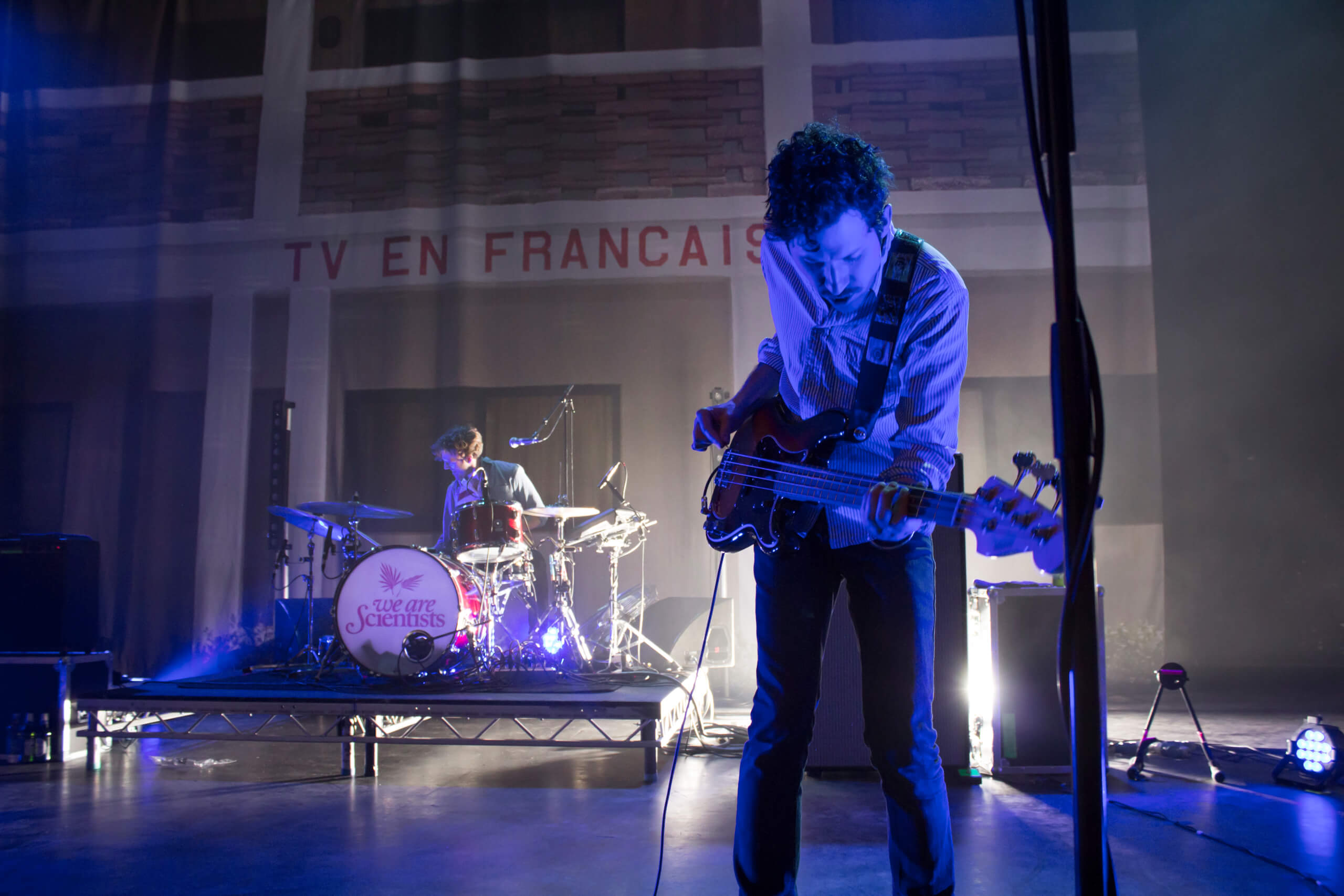 It would be remiss of me to make out that We Are Scientists are a joke band.  While With Love And Squalour flew out of the gates in 2006 this is not just a tale of their cult-followed album. Brain Thrust Mastery’s saving grace After Hours comes second in the set to a great reception, before Nobody Move, Nobody Get Hurt takes off. And via the stomping Bite from 2010’s Barbara we arrive at the pneumatically persistent, brilliant new single Dumb Luck.  So in a sequence of just four songs this band, who have been around for more than a decade, prove they have the fuzzy riffs and catchy vocal hooks for a rock act to be proud of, dating from throughout their career. On stage, Cairn’s deadpan calm matches Murray’s enthusiasm and Duracell-bunnying perfectly, and everything fits.

But their onstage rapport brings us back to them being funny.

Look – here’s a breakdown of some of the funniest stuff they said:

– Asked the galleries at the back what they were going to do “when the ravens come”, and spoke at length about their cool new stunt which involved trained pecking ravens (they apologised for not having prefaced this conversation with the pecking ravens part to start with) being unleashed into the crowd and attacking those specific seats. They admitted that in hindsight this seemed a terrible idea and urged people to call their loved ones, but everyone standing on the ground floor would be fine save for the stray flying eyeballs.

– And coming out for the encore, Cairn tells us “we weren’t even expecting to play tonight. We were just hanging around backstage and thought hey, why not, we know songs.”

We Are Scientists were right to talk first and play second. Not because they are better at talking than playing, but because it’s part of the brand and it’s part of the fun. The rest – and by that I mean the songs – was on point though. This was a confident set, by a band that can draw on their whole career as well as their jokes.