If you’re after a cinema experience that goes above and beyond those weird lukewarm hotdogs and cases of popcorn, then Backyard Cinema’s new Miami Beach is calling your name. If you like piña coladas, but not getting caught in the rain – then board the Northern Line and head to Backyard Cinema in Borough. The roof is on, the sand is out – kick off your city shoes and grab a pair of flip flops as you lie back and enjoy the a summer experience in London – whatever the weather. 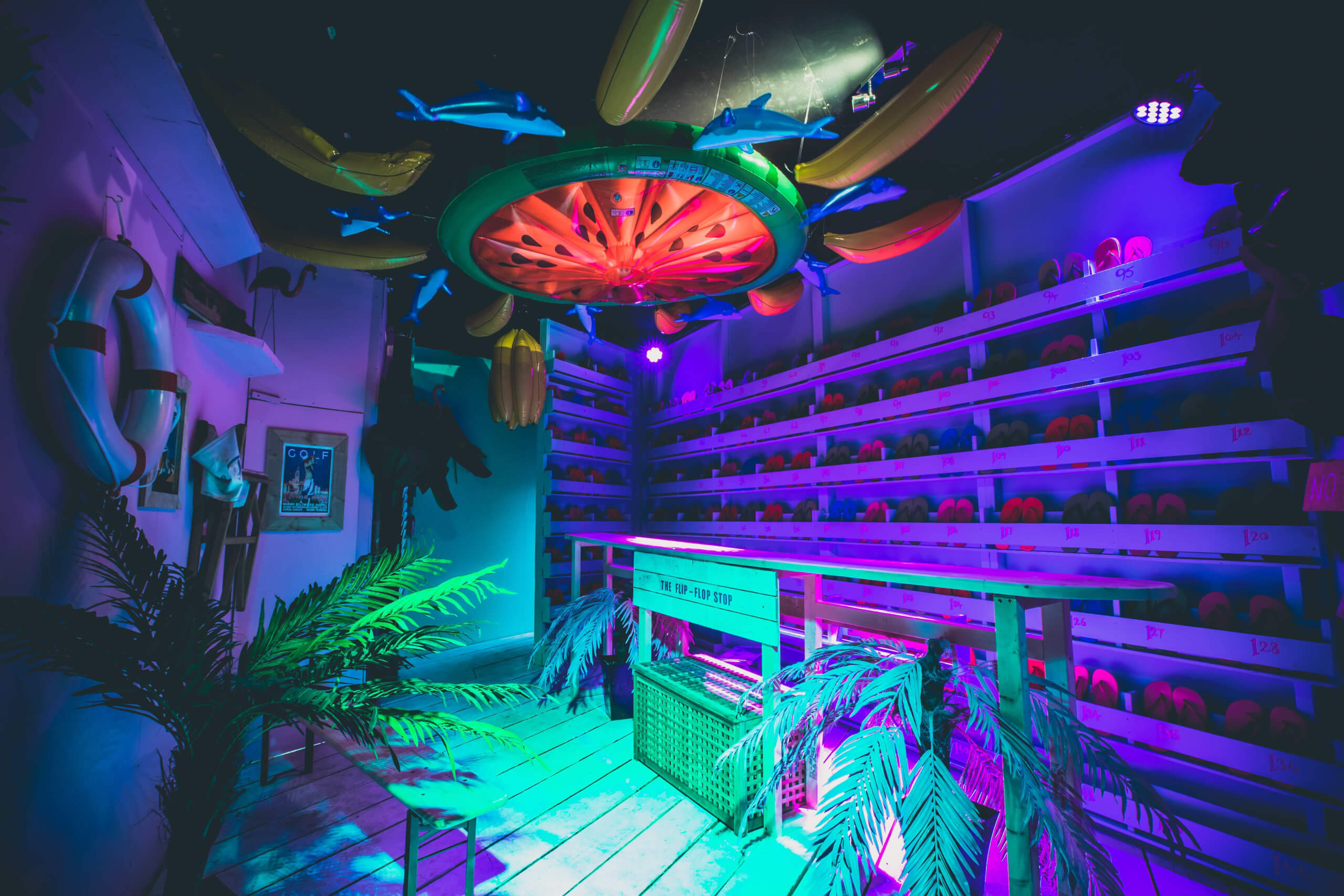 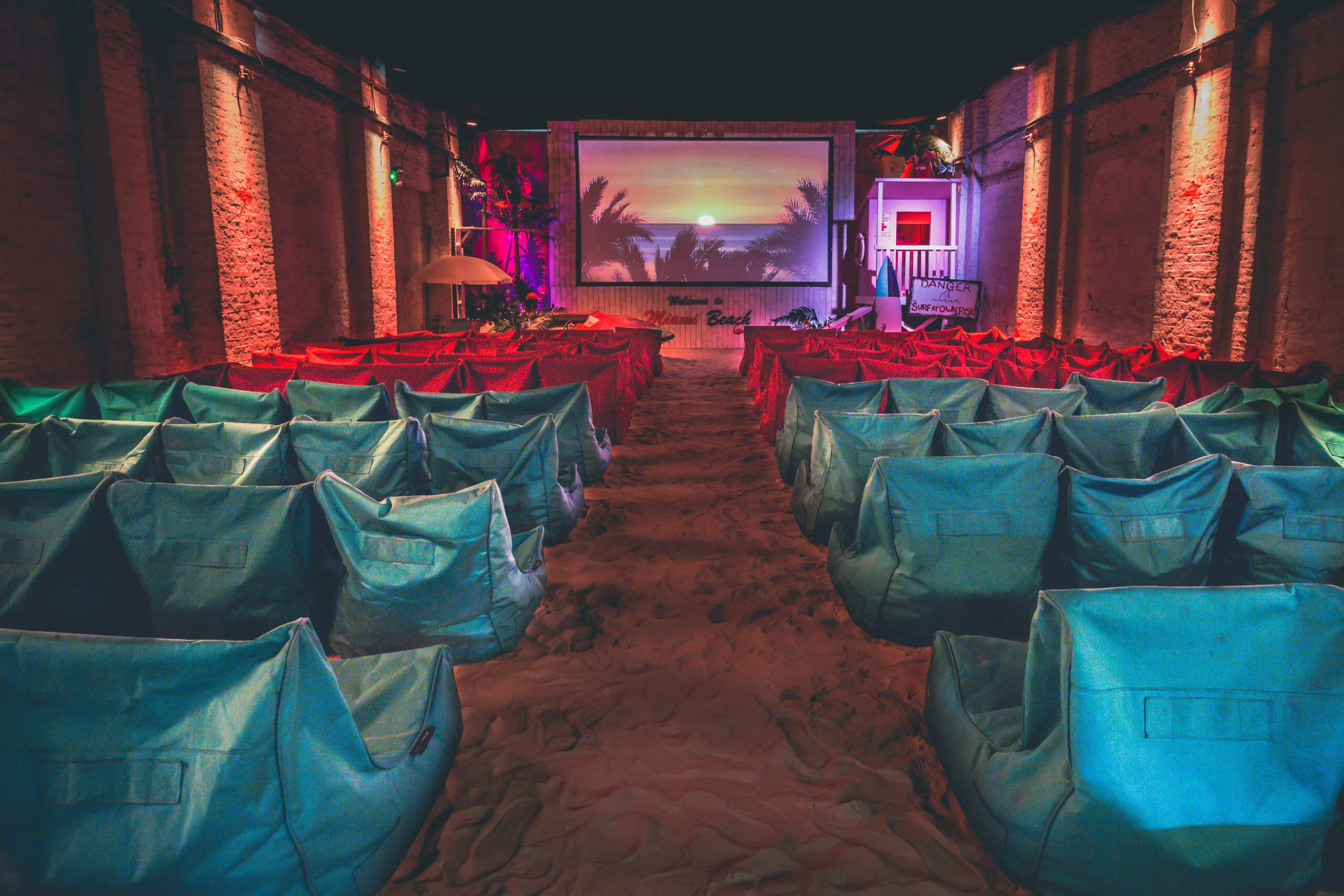 Miami Beach is the latest instalment from Backyard Cinema, the UK’s only theme-changing cinema responsible for The Last Chapel, The Winter Night Garden and The Lost World (if you haven’t attended any of them – shame on you). A far cry from your bog standard Odeon, Backyard Cinema has brought the Miami heat to Borough with a tropical beach and exotic cocktails to accompany screenings of classic films and blockbusters. And it’s not just the decor that’s had a makeover – all attendees will exchange city footwear for flip-flops at the door and tropical outfits are encouraged. (Bust out that Hawaiian shirt you bought for your pals’ stag do.)

Backyard Cinema: What to Expect 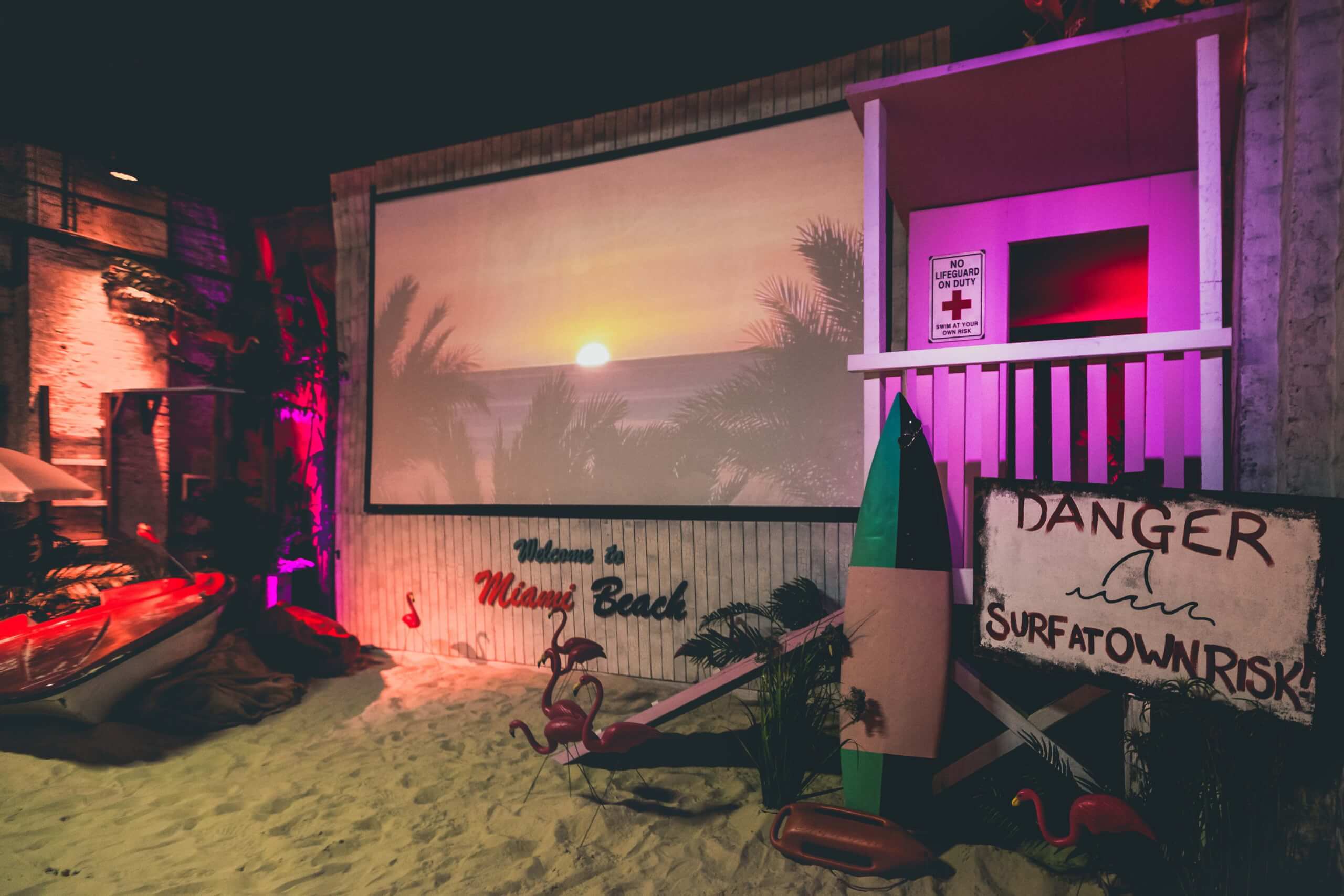 Rewind back to a retro version of Miami and enter the immersive world of Backyard Cinema. Whether you’re a film buff, date night couple or a tiny tot there’s something for everyone. With new and old classics such as Back to the Future, Dirty Dancing and Scarface to La La Land, Lego Batman and Moana. 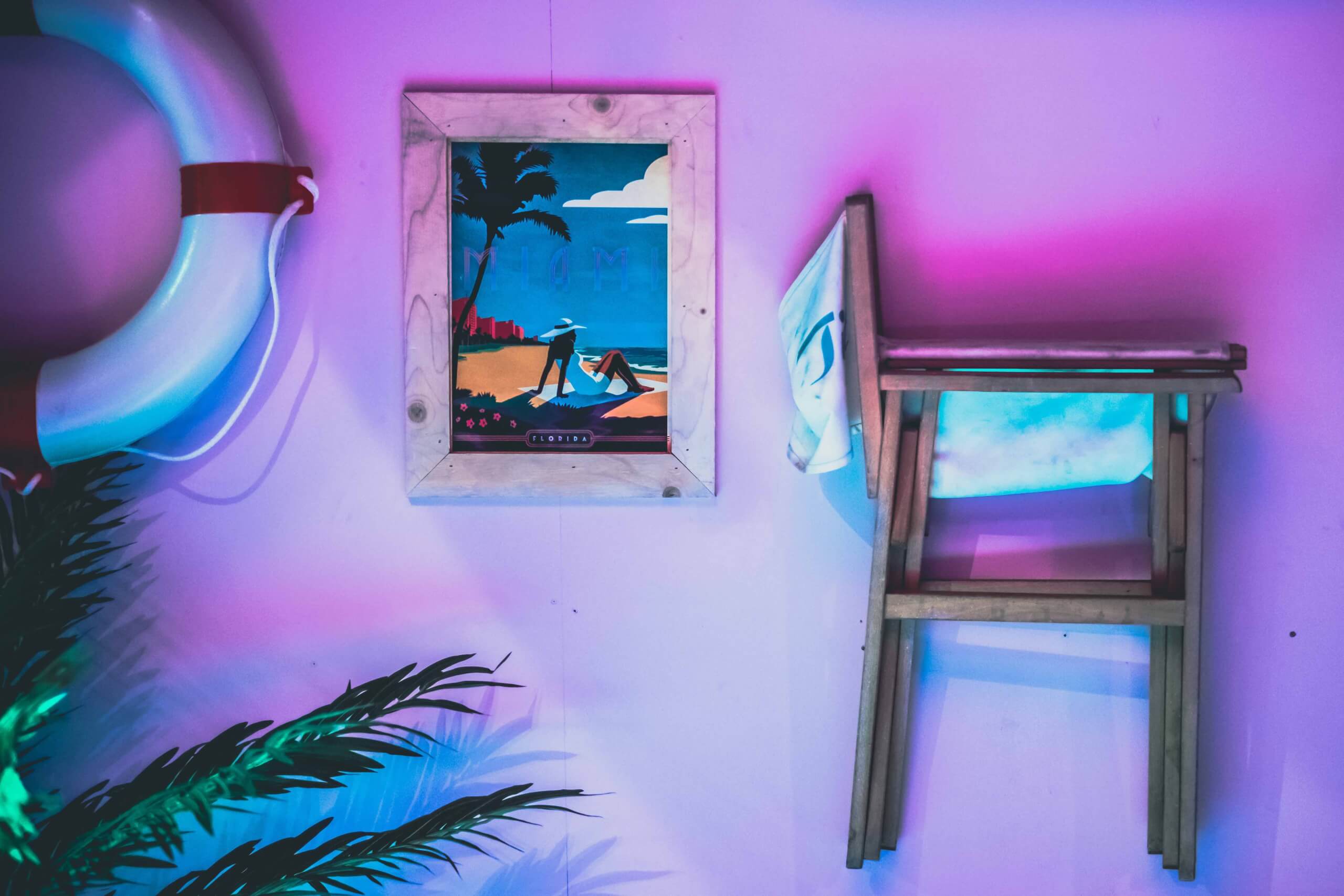 Based in South London’s Mercato Metropolitano in Borough, Backyard Cinema‘s sand-filled, Miami experience hosts giant beanbag seating and an in-house bar serving a selection of themed cocktails alongside craft beers, cider, prosecco and mocktails so the wee ones don’t have to miss out. And you won’t even miss those god-awful cinema nachos.