London / Culture / Film / About Time you Tried: Something Real

About Time you Tried: Something RealBy Luke W Moody

Over the last five years, if you read any major newspaper, you’ll probably have encountered an article with the headline ‘This is the Golden Age of Documentary Film’. The truth is, great documentaries have been around for a long time, but their exposure in cinemas and other distribution platforms has grown hugely in the last decade making them potentially more accessible then ever.

A new wave of bio-docs, sports docs, creative music docs and punchy political docs are capturing existing niche audiences, introducing them to the wonderful world of non-fiction cinema. They might not bring in as much money at the box office as other genres, but they certainly make a splash and their connection to the real world means filmmakers have further agendas to push be it creating impact for the subject or pushing the form of documentary storytelling in new directions. For these reasons they stand out, and they stick with you longer than eyeball blasting blockbusters, filmmaker Jean Rouch once wonderfully described them as ‘the future of memory’. 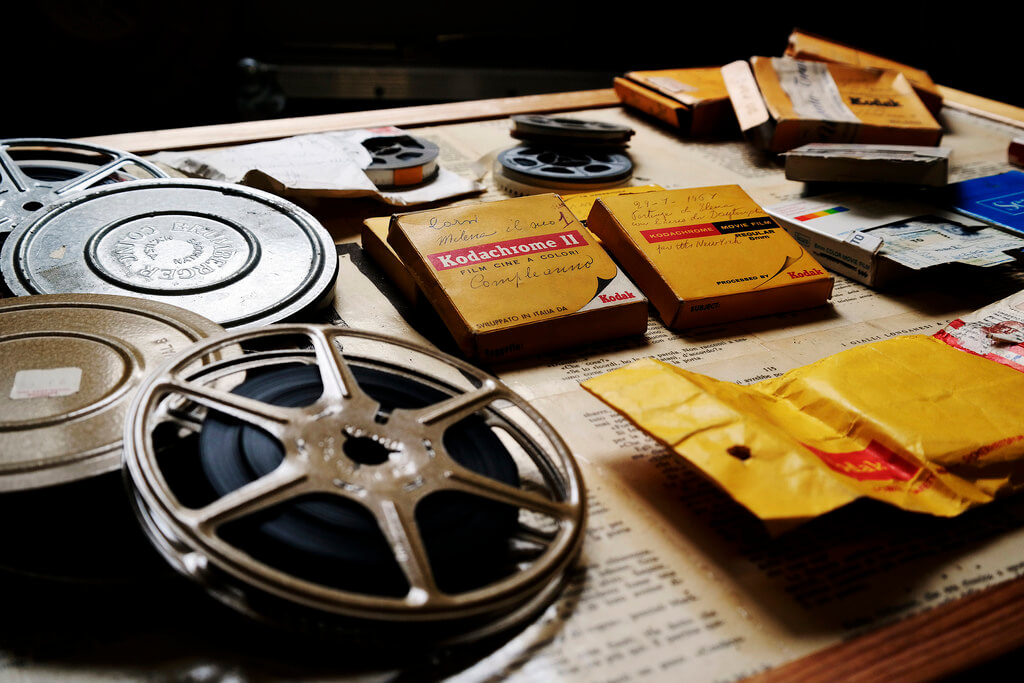 As the art of truth, documentary cinema has the potential to be the most exciting meeting place of ideas from all disciplines. The success of popular docs like ‘An Inconvenient Truth’, ‘Amy’ and ‘Searching for Sugarman’ in recent years has given film distributors and audiences the confidence to try out more creative forms of documentary storytelling, and consequently this appears to have encouraged filmmakers to be more ambitious in terms of production budget and vision: that is the ‘golden’ aspect of this documentary age, when films like ‘The Possibilities Are Endless’, ‘The Look of Silence’ and ‘Manakamana’ get made and distributed.

Yet despite the increasing number of docs being released and the heightened cinematic vision of these films, it is still hard for them to compete with fiction films in cinemas. They simply don’t compete in terms of the marketing budget or mainstream cinema backing. If they don’t perform well in their first weeks, then it’s unlikely you’ll get a chance to see them on a big screen near you. The number of TV slots for long-form creative documentaries has also declined in the last 10 years, thus the main point of discovering great docs for many people will be on a digital platform such as iTunes, Amazon, Googleplay, MUBI or Curzon Home Cinema.

That’s not necessarily a bad thing as online platforms offer access to huge audience networks: Netflix releases great docs exclusively online such as last year’s Oscar nominated ‘Virunga’ and BBC has been experimenting with this model of release commissioning films like Adam Curtis’ ‘Bitter Lake’ for the iPlayer. However, Although they’re now readily available, there is so much content and so many platforms that it can be hard to discover the good stuff out there. 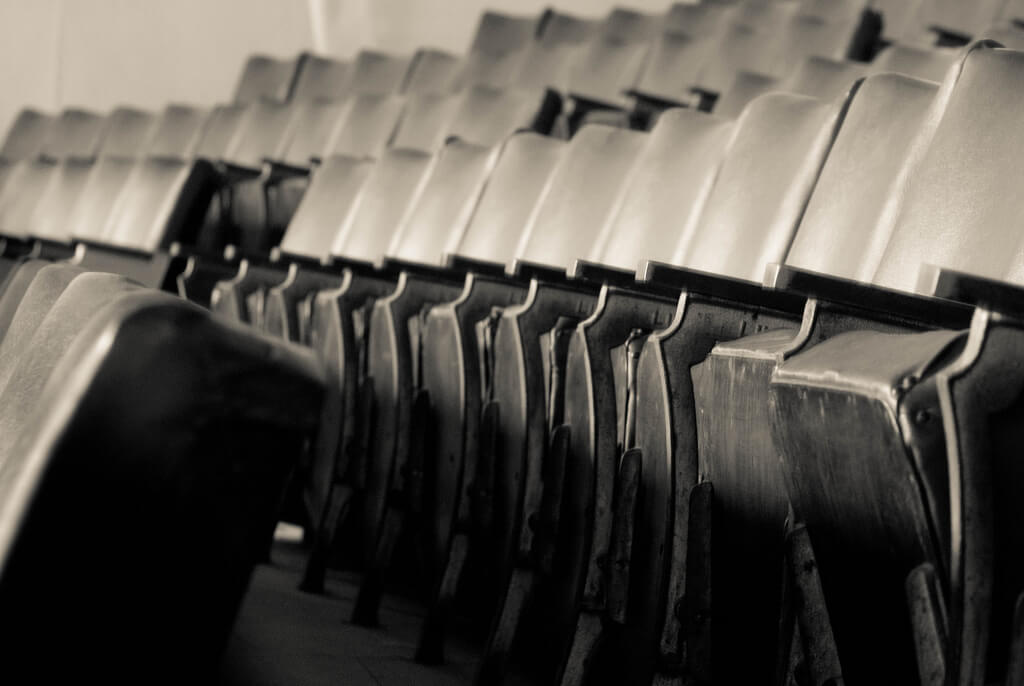 Our Solution: Something Real

At Something Real we developed a free service recommending two great documentaries each week that are available digitally, emailing them direct to your inbox. The intention is to support filmmakers by gathering the documentary audience and to support film lovers by making the journey to great content much easier – as little as two clicks. Even if I know what film I want to watch, I find myself spending my evening trying to find a platform where I can legally watch it for a decent price and decent quality. As great films on the web are hidden in plain sight, audiences will either watch whatever film has the biggest marketing budget or they’ll watch bad quality versions of the film they want to watch illegally: both results leave independent filmmakers out of pocket. 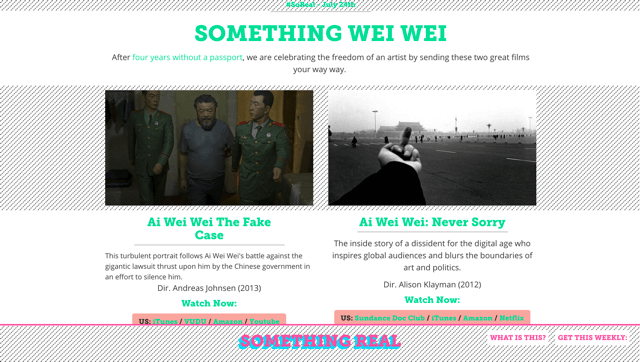 Each week at Something Real we create a curatorial theme for our mailout to provide some added context to the two recommended documentaries. The breadth of subject areas covered by both contemporary and classic docs means there’s always something great out there that we can offer as a compliment to an event happening in the real world – whether it be the Greek financial crisis, a new exhibition at Tate Modern, a book that’s just been released or an anniversary event, cinema docs can offer the added point of view of deep investigative, artistic and emotional journeys. Pressing play on a great doc is like pressing pause on the fast flow of information we are surrounded by, to take in and be taken by a beautiful questioning of the world.

If you are already in love or you are in the early stages of dating with docs then it’s about time you checked out some of the great cinemas, festivals and film clubs out there ready to serve your heart’s desires on the big screen. Check out the Bertha Dochouse, Picturehouse Docs, ICA, Open City Docs in London, Sheffield Doc/Fest, True/False in Missouri, CPH:DOX in Copenhagen, or IDFA in Amsterdam. 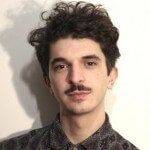 Luke W Moody is Film and Distribution Manager at BRITDOC (BRITDOC.ORG @britdoc) and Curator at Something Real (Somethingreal.today @SoRealToday)