About Time You Saw: Violet By Gilly Hopper

Receiving its UK premiere 22 years after its off-Broadway debut, Violet is the first in composer Jeanine Tesori’s musical theatre catalogue. Described as “the most prolific and honoured female theatrical composer in history”, last year two of Tesori’s shows – Fun Home and Caroline, Or Change – were performed (and continue to run) on the West End. Now Violet adds to the mix. Tesori is having a verifiable London “moment”. Violet’s leading lady, Kaisa Hammarlund, is having a comparable “moment” of her own, coming to Charing Cross Theatre directly from her role as Alison Bechdel in Fun Home at the Young Vic. As lesbian cartoonist Alison in Fun Home, Hammarlund showcased her cynicism and comedic timing; as Violet she emphasizes her vocal agility and emphatic nature. While this production of Violet boasts a strong company of voices, none stand with the same candour as Hammarland. 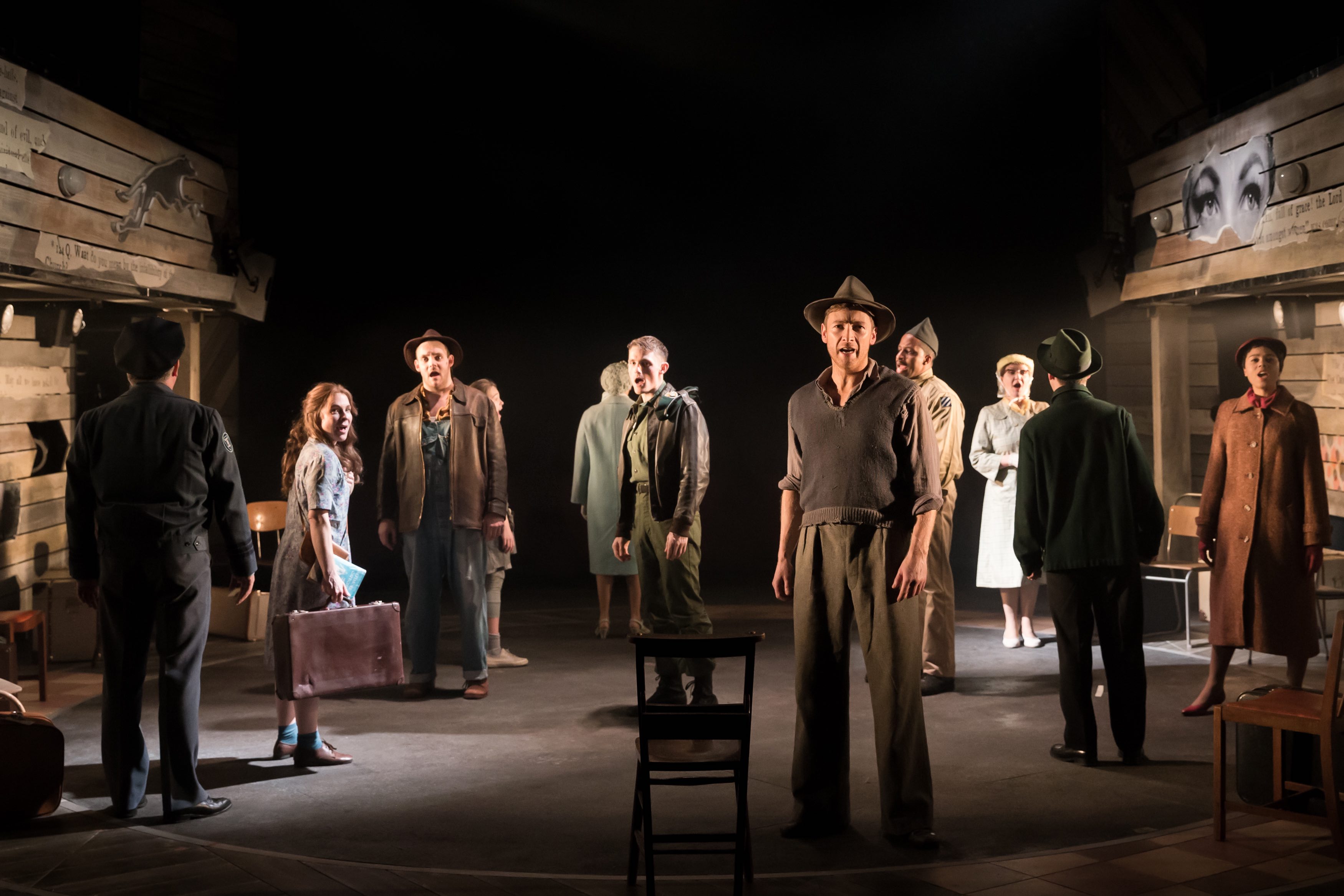 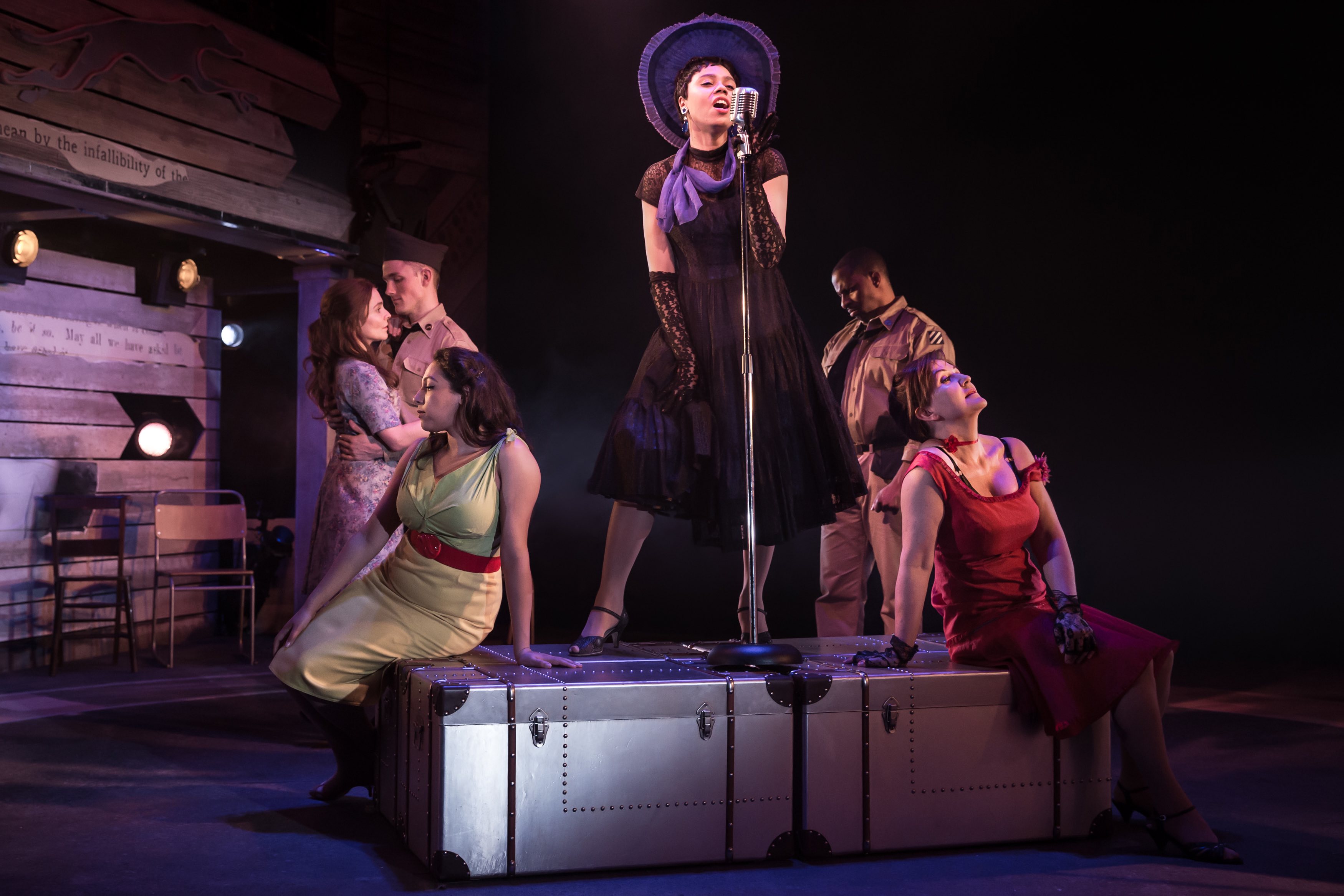 Performed in the round, Violet’s plot is principled but predictable; considered more as a vehicle for some great ballads and less as a means by which to further the musical’s narrative – at least not in any substantial way. Based on the short story The Ugliest Pilgrim by Doris Betts, Violet traces a young girl’s journey (facilitated by Greyhound bus) between North Carolina and Oklahoma to see a faith healer. Violet’s facial disfigurement (the result of a wayward axe blade) has caused our young heroine to lead an anguished life. While suspended disbelief is part and parcel in theatre, director Shuntaro Fujita’s forgoing of a prosthetic, or other form of make up which might gesture to her scarring, is a peculiar choice. With continued references to our leading lady’s disfigurement and no tremor lines in sight, the audience is left a little perplexed.

Overall, Fujita’s directing is pedestrian – not greatly aided by Brian Cawley’s middling book. A love story blossoms. Dated dialogue is brought into the fold. Themes of race and religion are superficially explored. A dream is squandered. Still, a rallying final number leaves the audience on a high and reminds us that it is Violet’s musical foundation that is its strength. A wondrous score and a stellar lead make this a worthwhile theatre outing.

Violet runs at the Charing Cross Theatre until 6 April.