London / Culture / Theatre / About Time You Saw: The Second Violinist at The Barbican

About Time You Saw: The Second Violinist at The BarbicanBy Gilly Hopper

When, and if, asked to go the opera of an evening, more young people than not, will decline. Simply dismissing it as ”not their thing.” So, when an opera is sold as a fable addressing the dark side of social media, it is a) a key opportunity to revisit that offer of opera tickets with your disengaged friend and b) something to be interrogated as though it were a cunning marketing ploy for luring younger audiences. In actuality, its genesis, I suspect, sprouted from a far more in earnest place; loneliness.

The Second Violinist, a co-production by Landmark Productions and Irish National Opera, explores the pressure to succeed. Entrapment and failure of life are the work’s leading – scantly jubilant – themes. Mashed amongst the music, fragmented video sequences play across the back wall of the stage. Flocks of birds morph into text messages, emojis come and go. Swipe left; swipe left again. A violent video game involving machetes and copious bludgeoning is paused and returned to time and time again throughout this neat 1-hour 15-minute contemporary opera. 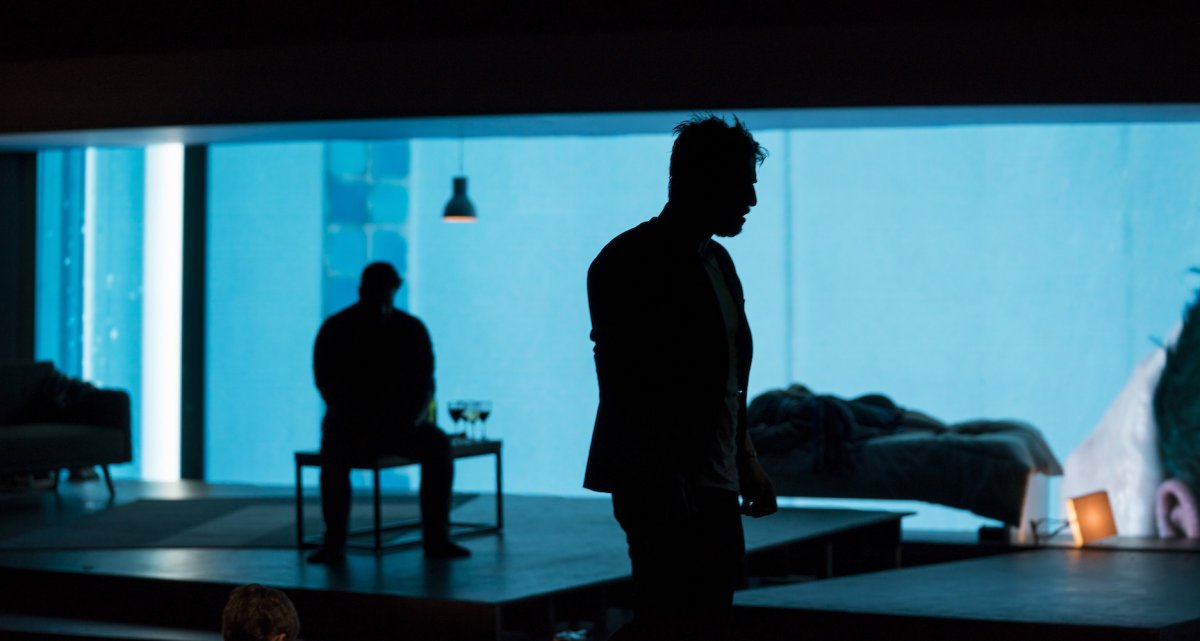 The frenetic work is played effusively by Crash Ensemble (founded by composer Donnacha Dennehy). For those unimpressed by lengthy dissonant passages, there is also the reference point of Carlo Gesualdo to entice the purists amongst you. An object of fascination for Martin, the second violinist in this piece, Gesualdo – the Renaissance composer who neither had an easy life nor made life easy for anyone – is a name that gets dropped a lot. His works have been summed up as esoteric, creating a duality of mood and this is cross-played here. If you’re lost don’t worry – fob it off on the esotericism. The plot mirrors Gesualdo’s life in some respects – for example, in 1590 the composer planned and executed the murder of his wife and her lover when he discovered their affair. But this opera is not about Gesualdo. That’s just a baited hook for native operagoers to latch on to.

Playwright and director Enda Walsh and composer Donnacha Dennehy maintain the key components of any opera – a death, a wander through the woods, an unforeseen love interest – but it is their dissection and treatment of isolation and singularity that makes this a stand-alone, boundary-pushing work. As we noted, sometimes you don’t quite know where you are in this opera (but then again that’s not uncommon in Walsh’s works) – in this case the central character, Martin, is as clueless as you. 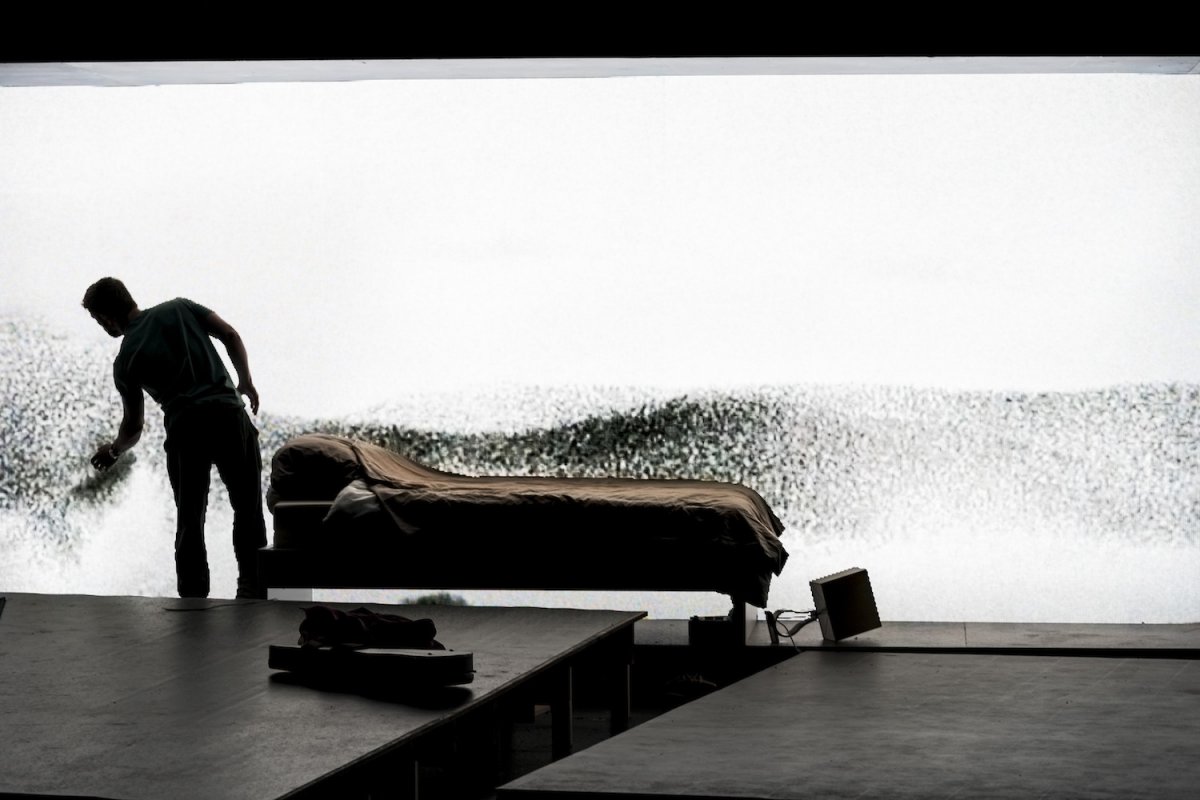 The silent lead, performed by Aaron Monaghan is stumbling in his career as a professional musician. The trouble with being “second” is that you haven’t lost but you also haven’t won. Discovering what losing means and how we accept failure are key composites of the work. The life a musician can be a solitary one; anyone’s life, most lives can be, and are, lonely at some point. The secondary storyline is played out by Máire Flavin, Sharon Carty and Benedict Nelson and involves a reunion of sorts – one presumably spurred on by “reconnecting” online. It’s littered with loneliness too.

But IRL, the music melds the cinematic scenes playing in the background with the players at the fore. A 16-strong chorus wait in the gods and the orchestra, led by conductor Ryan McAdams, collect in their elevated pit. There is a fluidity to this piece which makes stage placement almost redundant – with other levels and other ways and places to be seen, equally desirable – a wise directorial decision and message.

In all, this is an extraordinary modern opera, which is dense and multi-layered and undoubtedly deserving of a second watch. In all likelihood, you’ll probably need to see it more than once anyways.

The Second Violinist is currently playing at The Barbican until Saturday 8th September. Buy tickets here.