Set in the opulent drawing room of the Presidential Palace, a Western photojournalist (Episodes’ Genevieve O’Reilly) awaits the return of the dictator. She is here to take his portrait. The dictator’s wife, her supposed best friend Genevieve and a magpie interpreter wait with her. He is late, very late… 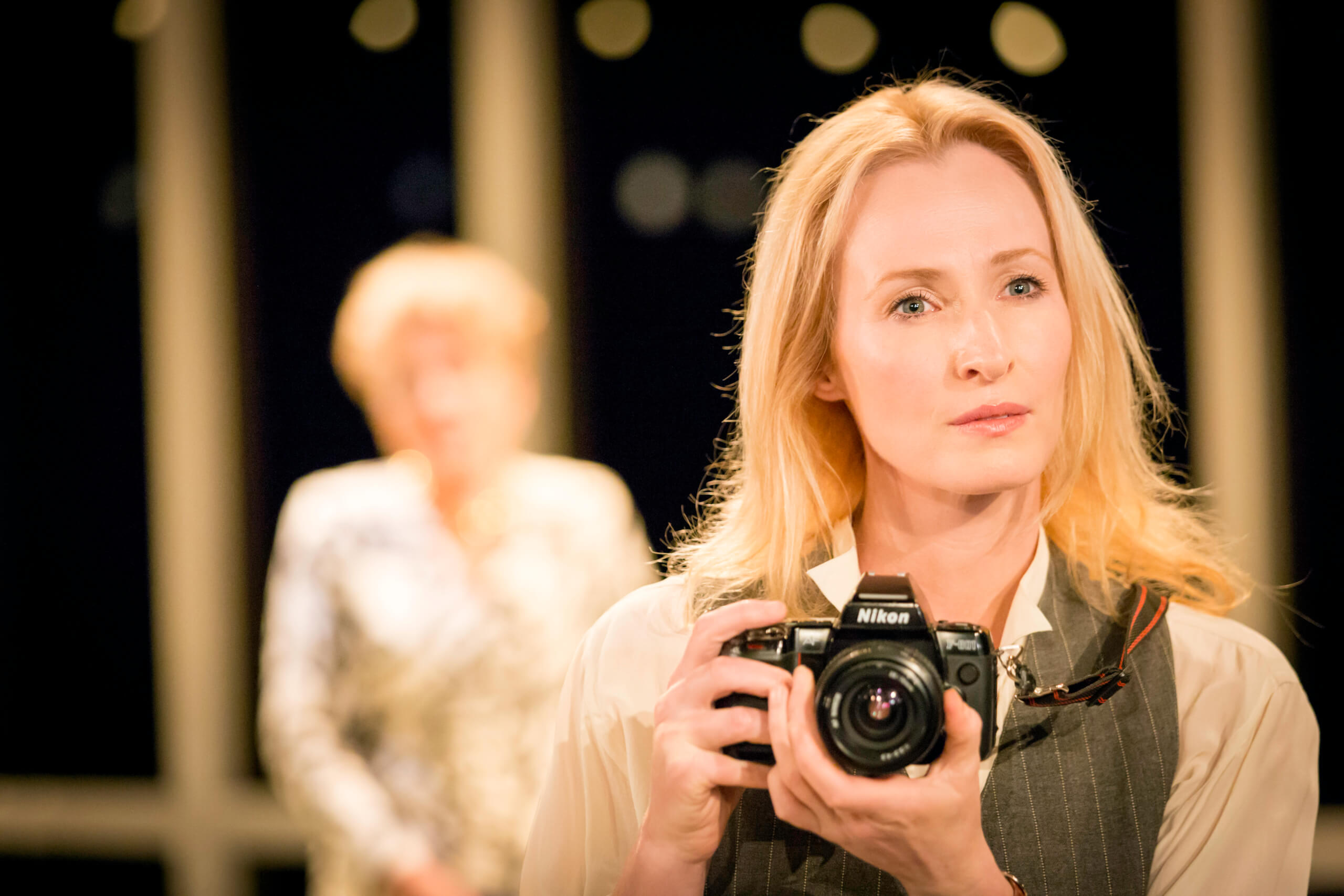 Cooped up together, four women embark on a waiting game like no other. On the snowy eve of civil war, Abi Morgan’s Splendour draws out suspicions, motivations and hard truths with prowess. Amidst grandiose surroundings, Morgan assesses disparities between rich and poor, friendship and detestation, exposing the four women’s flaws and fortitudes. Through fractured excerpts, the audience pieces together the plot by following a series of repetitions and variations of the same scene, exposing fact and fiction.

In this cohesive production, layered with meaning, Peter McKintosh’s designs catalyze the action while also signifying the fragility of their surrounding territories. Surrounded by a circle of broken glass, the quartet of actors find themselves bound together. As tension builds and action reaches its summit, all becomes clear – this is the day that revolution comes to the streets.

As the woman behind the regime of a falling dictatorship, Sinéad Cusack (Micheleine) is beguiling. Portraying a steely autocrat, too slick to show her cards, Cusack is unyieldingly composed and catechizing. From the screenwriter behind The Iron Lady, we had expected a brutish female lead, but Morgan’s Micheleine surpasses expectations, a character dappled with style, stoicism and rehearsed pleasantries. Wallpapering over palpable tensions, Splendour, directed by Robert Hastie, is a must see, demanding your attention and your objectivity.

At Donmar Warehouse until 26 September