London / Culture / Theatre / About Time You Saw: Not a Game for Boys

About Time You Saw: Not a Game for BoysBy Gilly Hopper

Simon Block’s Not a Game for Boys, first treaded the boards at the Royal Court in 1995. Fast forwarding 20 years, Lawson Joel and Cracking Up Productions have revived the gritty comedy at The King’s Head Theatre, Islington.

As the oldest surviving pub theatre in London, The King’s Head makes an more than adequate home for Block’s first play, set in a run-down bar of a North London table-tennis club. Three minicab drivers meet for a ping-pong championship (riveting – but stick with us on this.) 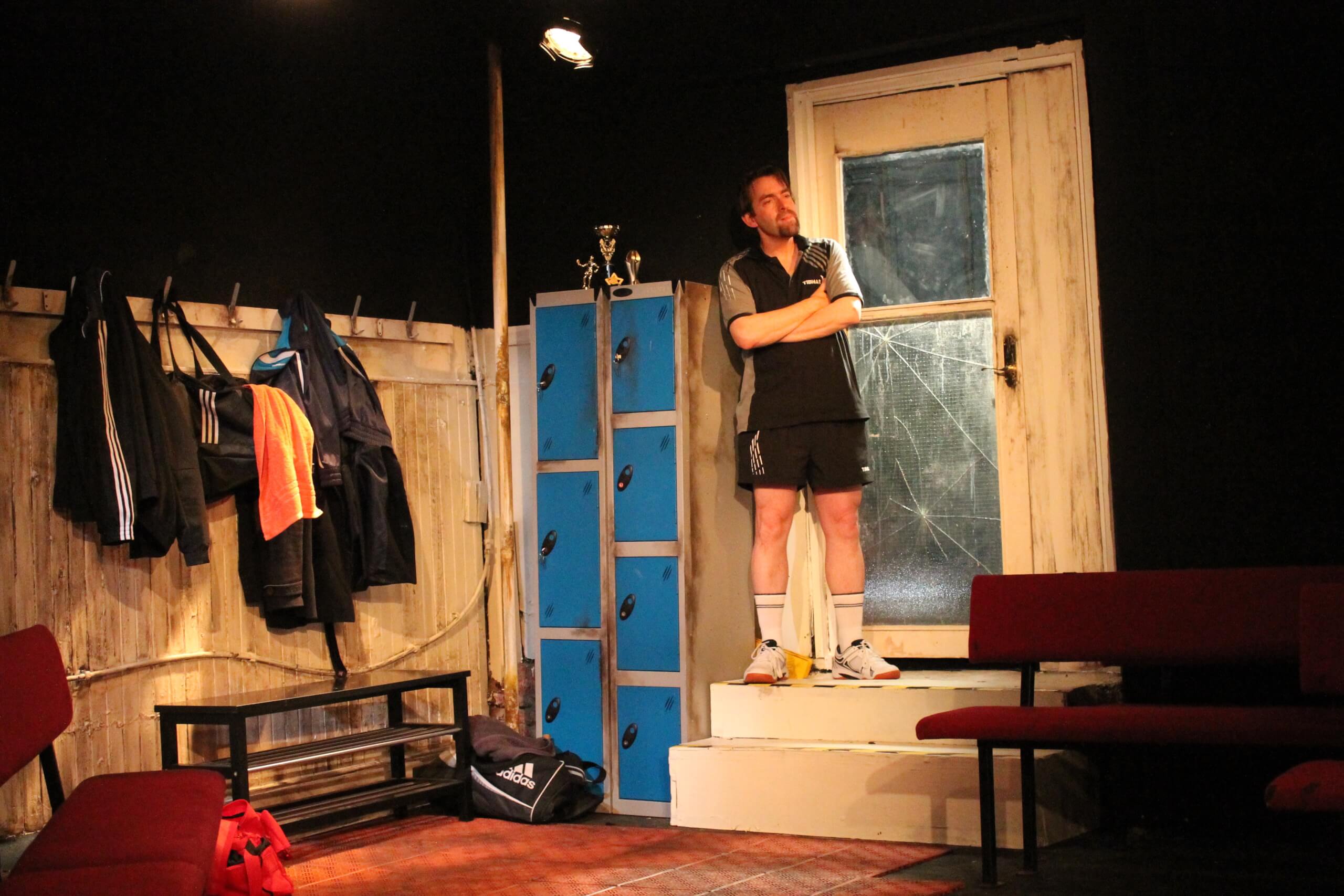 Block’s natural, well-observed characters are a fruitful blend of vulgarity and insight. In your face double entendres, mouthy commentary and raucous swearing are lobbied around the stage. With one character normally mid-match, the show is a series of duologues. Other characters are talked about but never seen. Teammates Eric and Tony’s women (Elaine and Lisa); the opponents they must beat to avoid relegation; Fat Derek – the recently deceased cabby.

Making his mark as the cuddliest of cabbies, 29-year-old Tony (Oliver Joel) is spot on as the quintessential man-child (complete with puppy dog eyes and a whiff of uselessness). Indecisive by nature, his musings on women and relationships poke fun at lifestyle magazines articles such as “how to know your man’s cheating?” proving a useful tool for covering his tracks. As deadpan Oscar, Alan Drake is consistently dour. Drenched in his own sweat from hair to socks, central themes of loyalty and value seep through. Bobby Davro poignantly plays out team captain Eric’s escapist desires with tunnel vision and bravado.

Abounding with generosity, the cast of Not a Game for Boys give their all. In Eric’s words – “chocolate fucking Hob Nobs, not that cheap shit you find at away games.”