London / Culture / Theatre / About Time You Saw: No Man’s Land

About Time You Saw: No Man’s LandBy Gilly Hopper

“As it is? And the other character said “As it is, yes please, absolutely as it is.”

Sitting in a taxi, Harold Pinter saw two people sitting in a room and one of them was about to pour the other a drink. This was Pinter’s first insight into who the central characters of No Man’s Land would become. 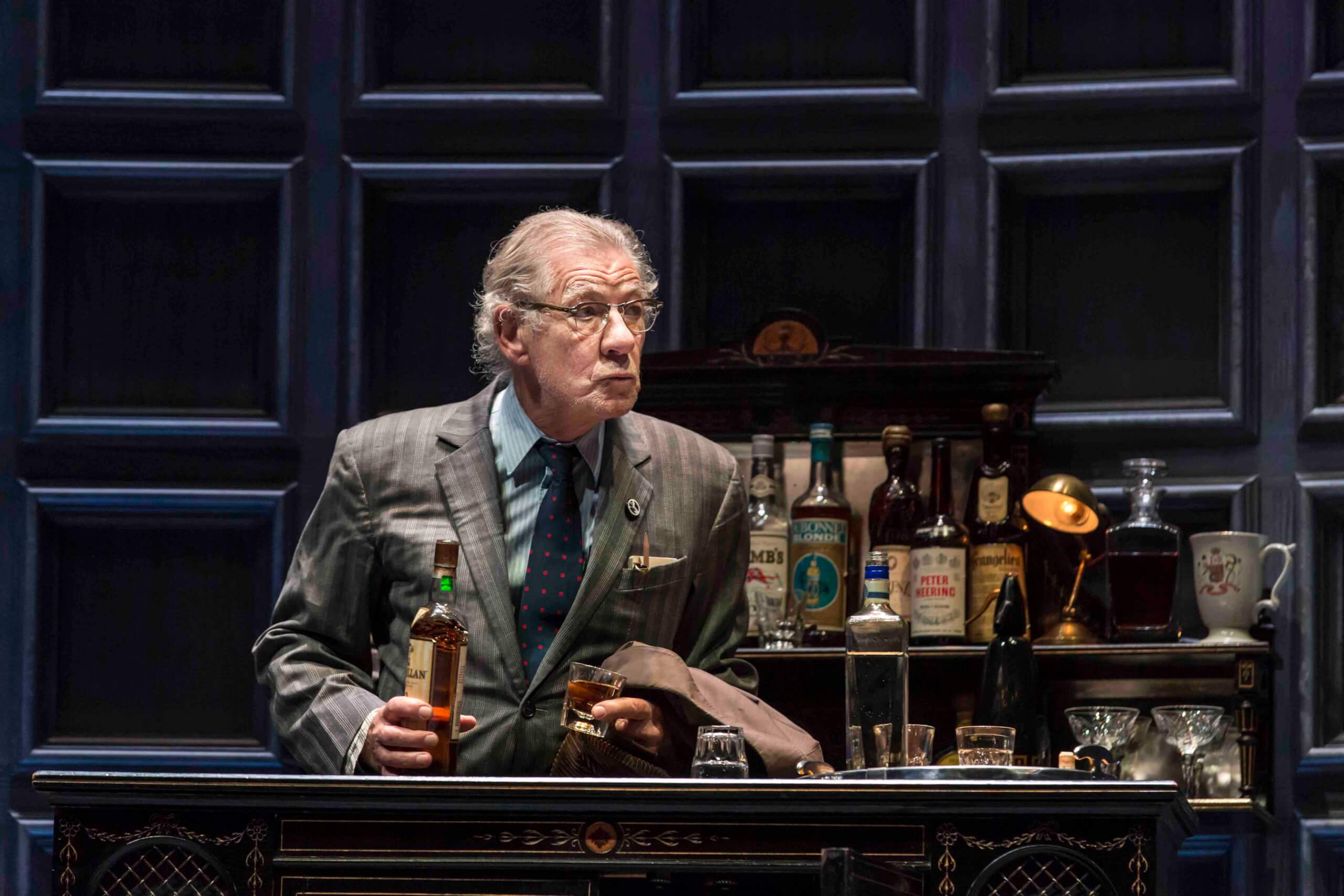 Showing at the Wyndham Theatre, No Mans Land, led by Sir Ian McKellen and Patrick Stewart, proves an instant success, returning to is original West End home circa 1975. From a pair seated in a sitting room in Hinter’s imagination to the fleshed out characters of Spooner and Hirst, portrayed by McKellen and Stewart (Gandlalf and Captain Jean Luc Picard for the Lord of the Rings/Trekky fans) Hinter’s renowned work remains a comical and compelling four-hander. 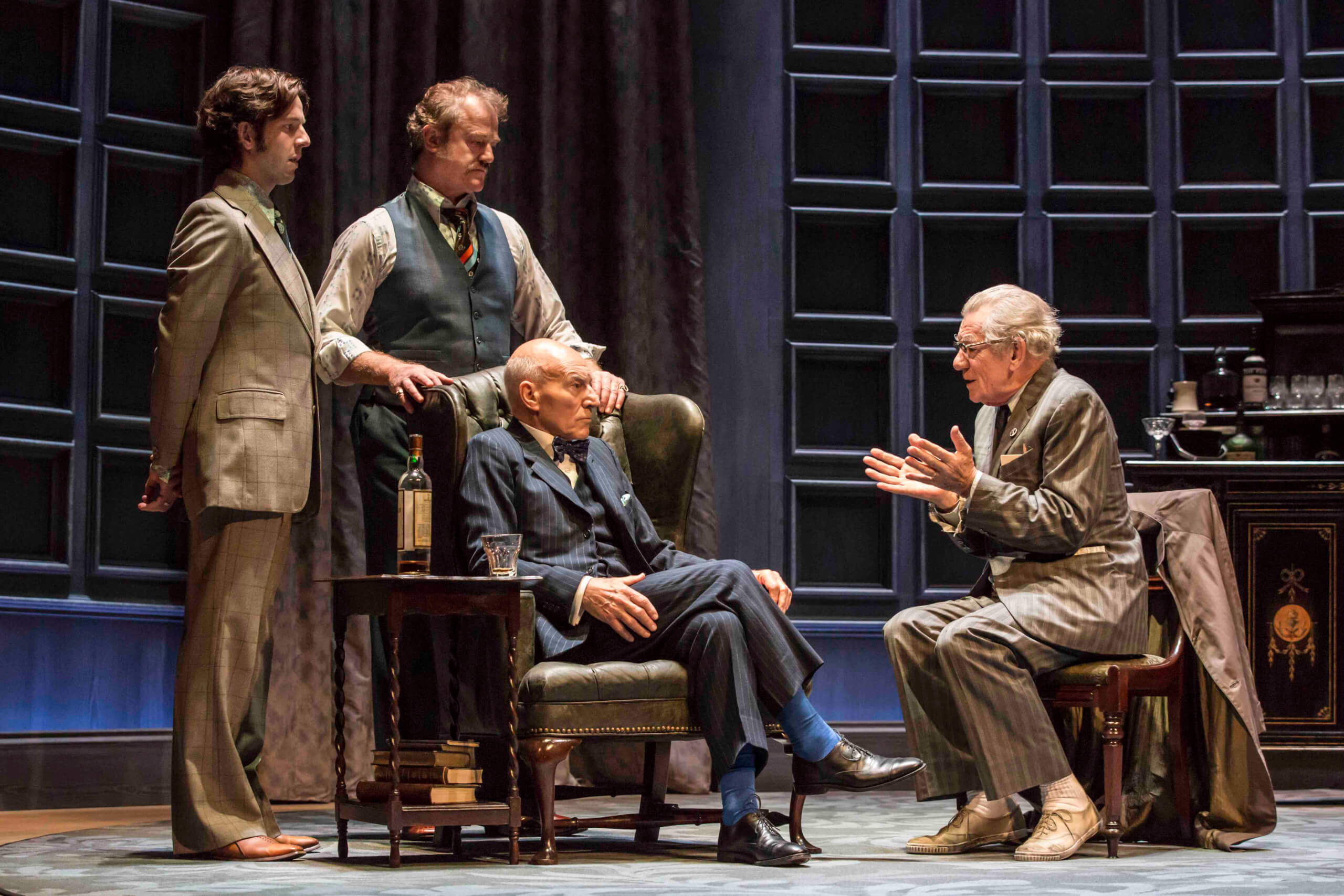 No Man’s Land is a play about competition, about ageing, drinking, memory and death. Beginning in Hinter’s stylistically simple manner, the playwright has ‘found a couple of characters in a particular context, thrown them together and listened to what they said.’ One summer’s evening, two ageing writers – Hirst and Spooner – meet in a Hampstead pub and continue their drinking into the night at Hirst’s stately house nearby. As the pair become increasingly inebriated, and their stories increasingly unbelievable, the lively conversation soon turns into a revealing power game, further complicated by the return home of two sinister younger men, Foster and Briggs, played by Damien Molony and Owen Teale. 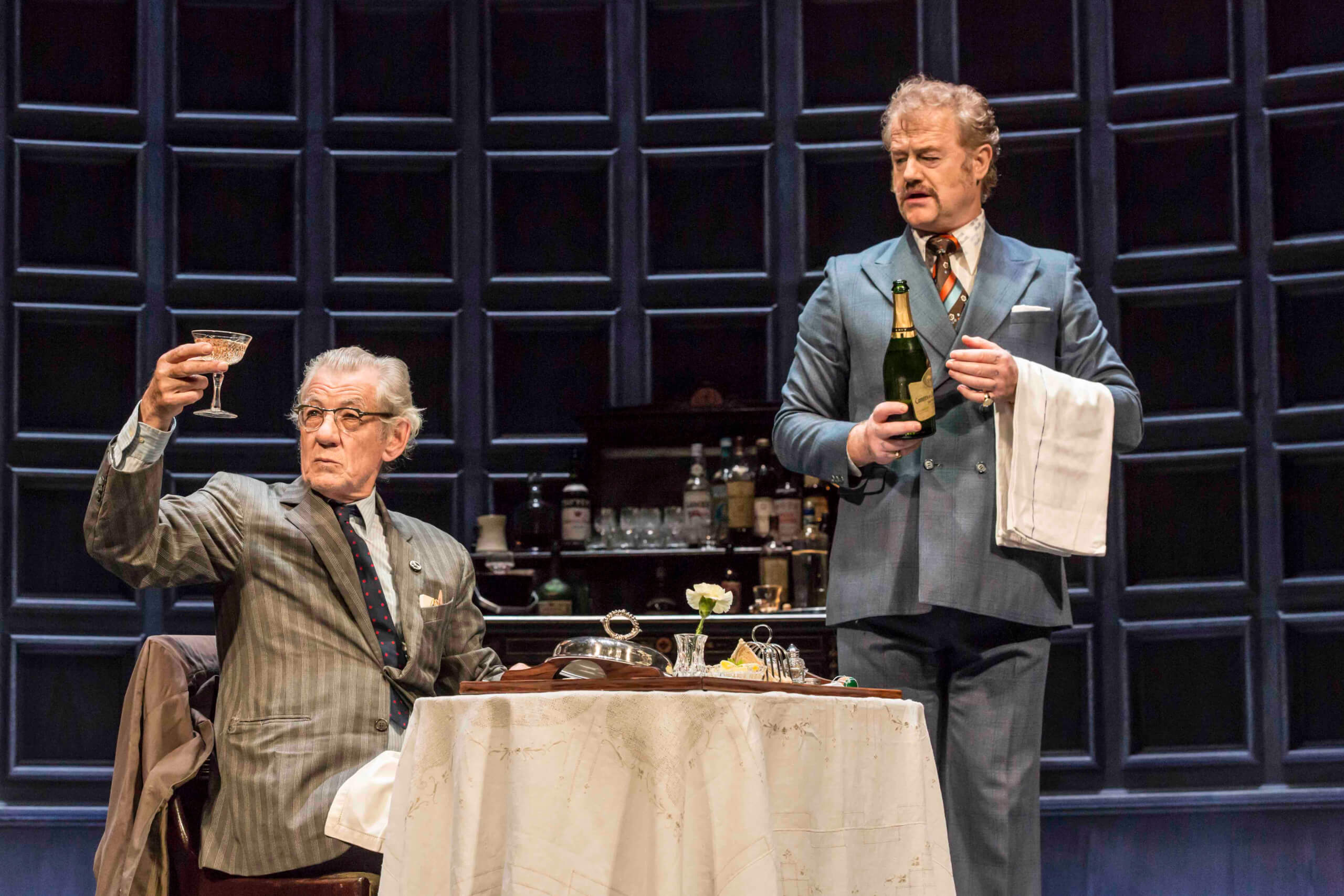 Despite the seemingly sinister nature of the two younger men, No Man’s Land remains terribly funny. The distinctive voice and vocabularies of the four men adds a certain playfulness to a work consumed by aging, the past and our own recollections. Directed by Sean Mathias, No Man’s Land is an ode to the Hackney born playwright’s abstract and objective style, his love of talking and voluble self-expression. In the hands of McKellen and Stewart there is an added spark to these words, a joy in extended pauses and a delinquency in phraseology. The language of the play is challenging, mysterious, beautiful and provocative and while its abstract nature may leave some viewers perplexed, most will feel refreshed by the lack of sermon in his prose. 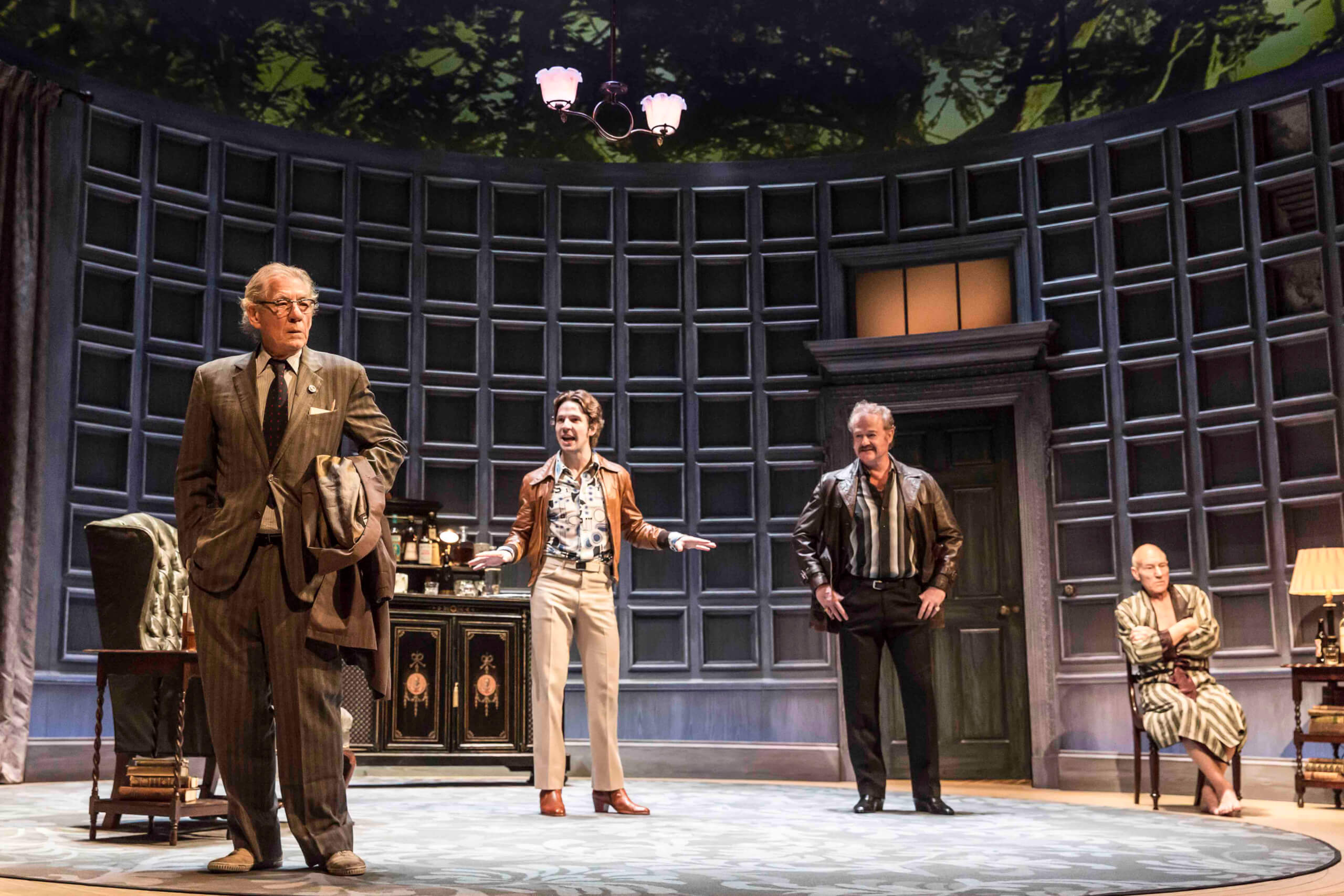 The allure of the show for many will undoubtedly lie in it’s casting of Spooner the failed poet and the illustrious Hirst. Incase it requires confirmation – yes both Stewart and McKellen deliver charismatic and compelling performances. The opportunity to see this pair on stage is simply unmissable. *Note to Gandalf fans, you certainly get a lot of bang for your buck with this one – McKellen (Spooner) never leaves the stage!

At the Wyndham Theatre until 17th December