Set on a frozen Minnesota lake, two friends, Ron (Mark Rylance) and Erik (Jim Lichtscheidl) are out on the ice and they are angling for “something big, something down there that is pure need, something that, had it the wherewithal, would swallow them whole.” Dressed in orange and green puffa jackets, salopetes and furry hats, the well wrapped up duo are naïve and pessimistic about their trip, their catch rate and their lives. While Ron sees their current location as “the road less travelled,” pessimist Erik declares it “the road never snow ploughed.” 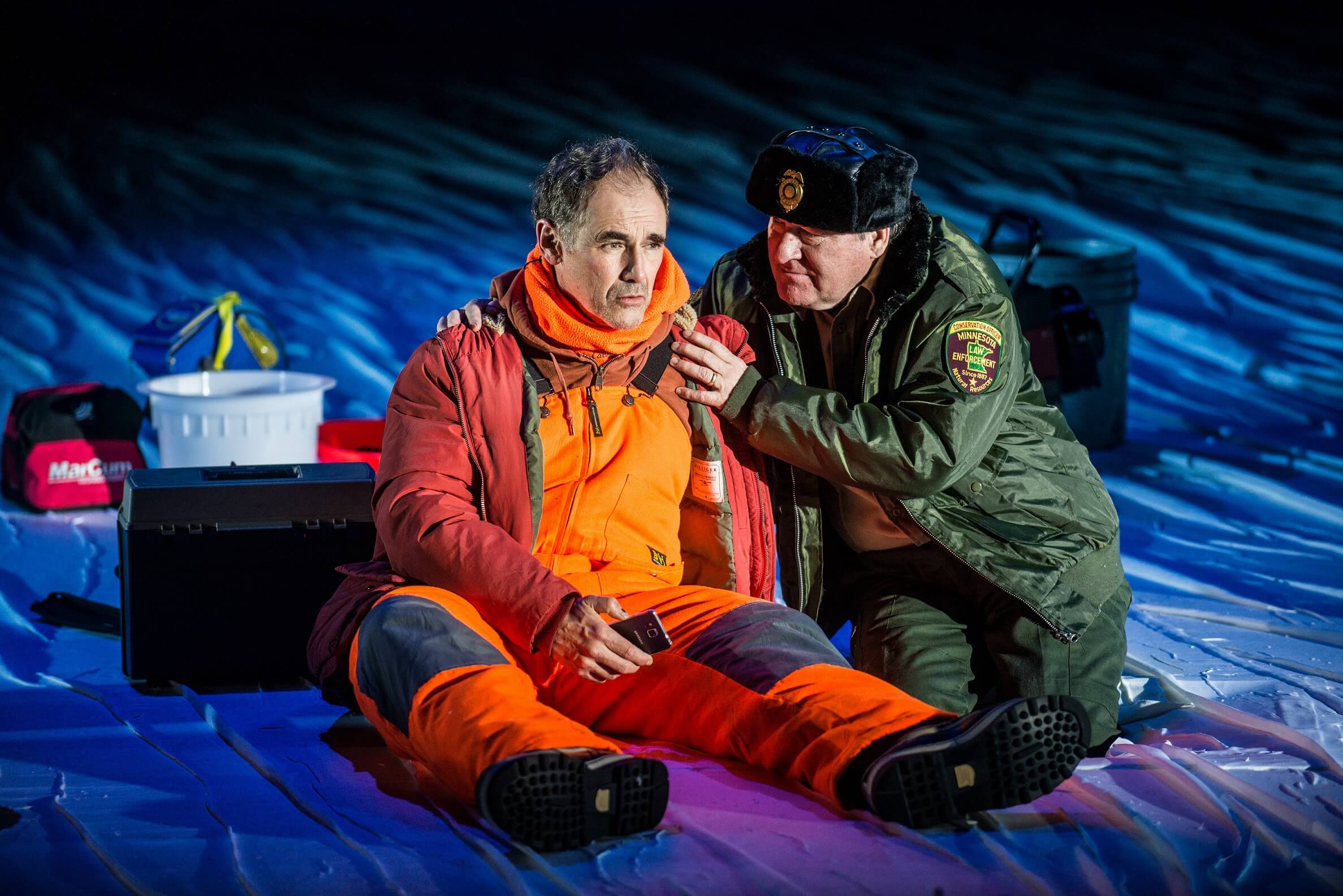 The set, designed by Todd Rosenthal, is a pretty miniature snowscape complete with ice shavings, puppets and twinkling lights. A series of abrupt blackouts are used as a mode of comedy as time passes and thoughts fleet from one numbing and nonsensical topic to the next. Rylance’s ability to energise even the most modest and parochial of prose – from water damaged phones to dietary pills – is extremely impressive, depite our existing expectations of the revered actor. Expertly directed, Claire van Kampen merges moments of great physical comedy – including a particularly amusing tent disassembling montage – with sombreness, in this quirky play. 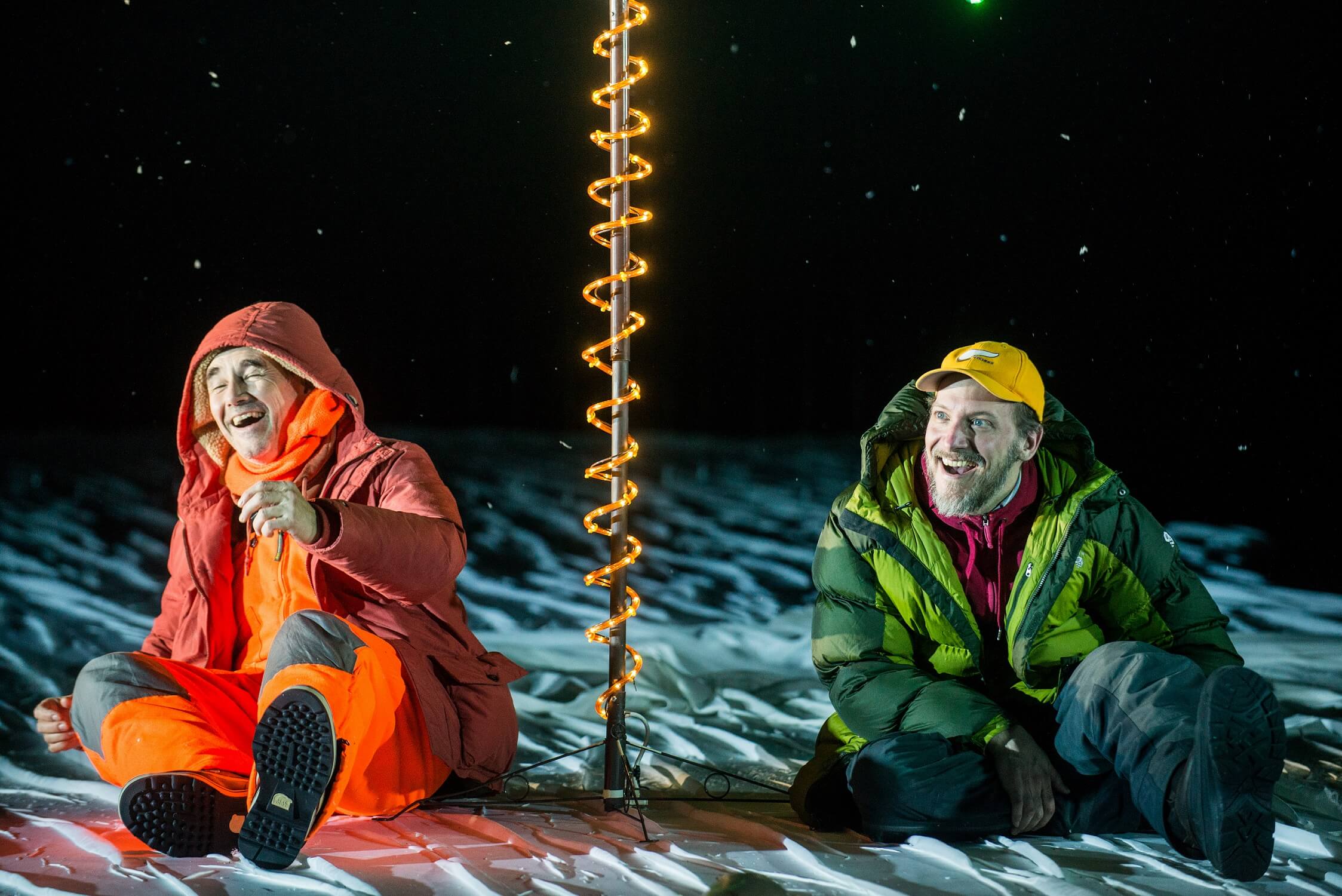 In theatre, as in life, we are often guilty of searching for deeper meanings in things. Nice Fish dupes the viewer into believing that it is about nothing and yet something, coaxing us into applying unnecessary meaning to a play purely about fish, unless it turns out to be about life after all. Whether the play is about everything or nothing, existentialism has prevailed and I’ve taken the bait, hook, line and sinker.