“As the US military proudly tests its atomic bombs within sight of the Vegas strip, tourists are flocking into town to cheer the blasts and see who will be crowned the Miss Atomic Bomb beauty queen.”

Inspired by the real life bomb tests and beauty pageants of the era, Miss Atomic Bomb is a radiant new musical comedy co-directed by the Olivier Award-winning choreographer Bill Deamer and Adam Long. Set in the 1950s in the most shameless of cities, Las Vegas, Miss Atomic Bomb is an unabashedly showy show. From bedazzled tuxedos to sheep farming soliloquies, the musical is unhinged and garishly random throughout. 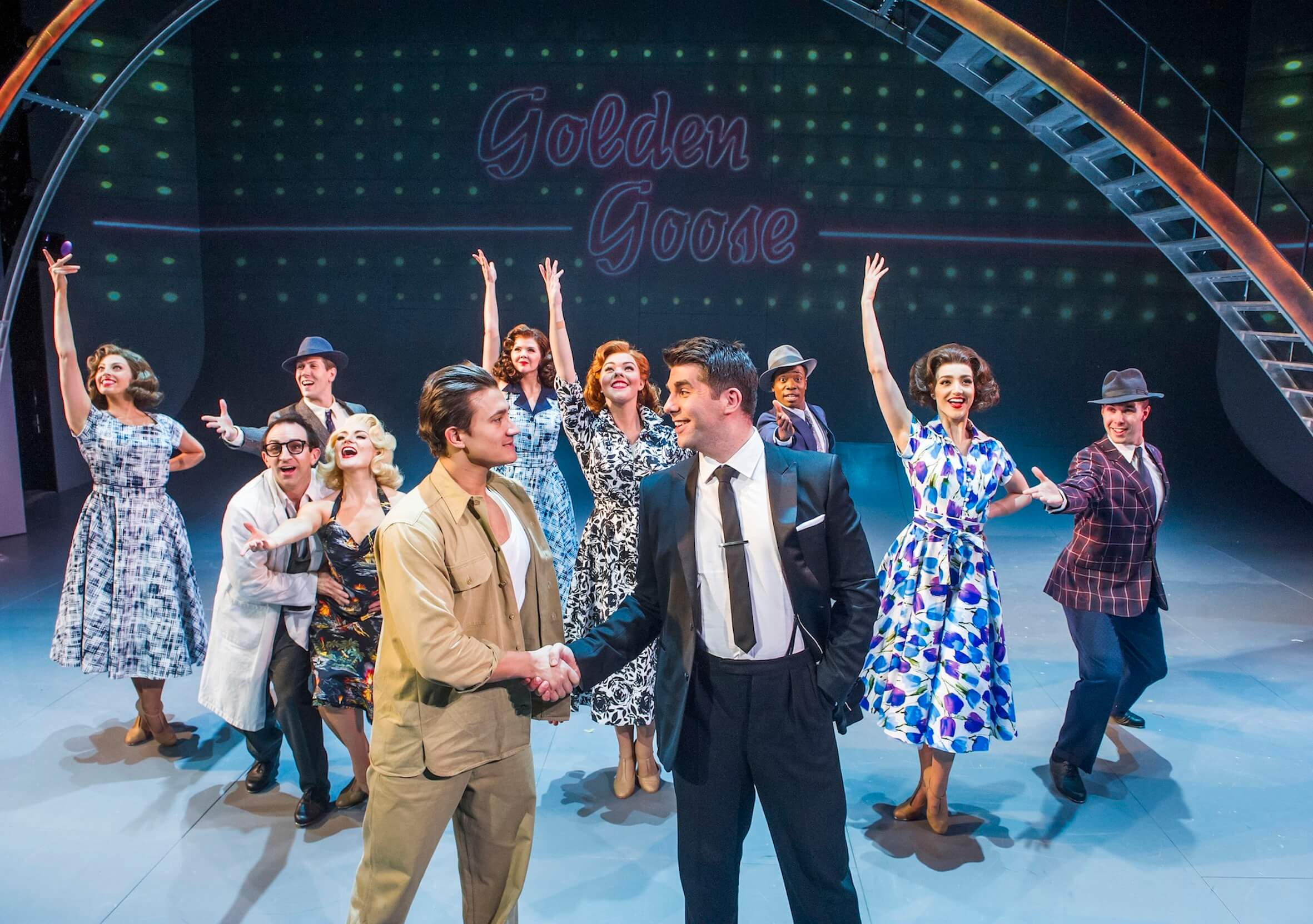 In the opening scene we are welcomed to Las Vegas, circa 1952 ‘where every mushroom cloud has a silver lining and fallout is your friend.’ In a blazingly patriotic rendition of “Atomic City USA” a chorus of showgirls present a hammy dance number – which serving as a totem pole measuring the show’s zaniness makes for a disconcerting starting point. During the 1950s, nuclear testing in the Nevada desert spawned some strange, pop culture spin-offs. In what could have been a terrible turn for Las Vegas’ tourism, city promoters overcame the naysayers engulfing an enthusiasm for all things atomic. Hapless hotel manager Lou (Simon Lipkin) desperately needs an atomic gimmick after an unpleasant encounter with local mobsters. When his kid brother Joey (Dean John-Wilson) – who has just deserted the army – unexpectedly arrives back in town (what luck!), the pair formulate a plan, tapping their troubles away in the show’s most entertaining duet and humorously choreographed number.  And so the mushroom cloud dream of hosting a Miss Atomic Bomb pageant is born. 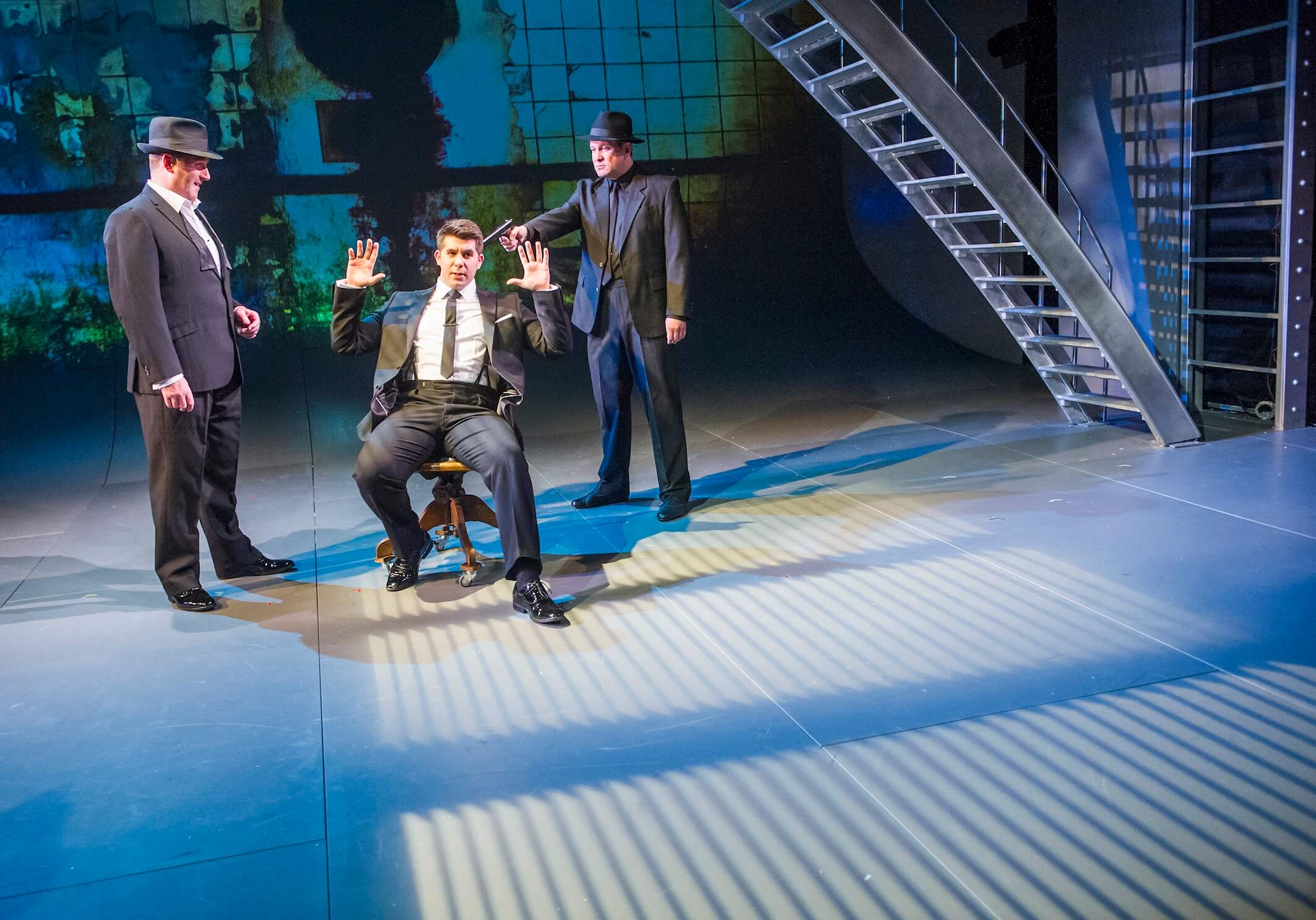 In the midst of this euphoria, farm girl Candy’s (Florence Andrews) sheep have mysteriously died, her fashionista friend Myrna (Catherine Tate) is designing clothes for pigs and they have money troubles. As Myrna, Tate brings much to the stereotyped Southern bell role. With a sartorial swagger Myrna’s Song delightfully dips into the fashion designers psyche to unveil, well mainly clothes.

The cast is undoubtedly the shows crowning glory and its saving grace. Comprising of an ambitious line up of young talent – including the youngest member of the Strallen musical dynasty, Sasi Strallen – the performers ability cannot be knocked, although the script by Gabriel Vick and Alex Jackson Long lacks substance. Venture to the St James for an evening of song and dance, where saloons are filled with soldiers, scientists and showgirls, and the atmosphere is hick but happy.