The story of Manon Lescaut is nasty. In Act I a brother pimps his sister. By Act Four, a young man, who has sacrificed everything to save the woman he loves, fails, and is left helplessly alone with her corpse. This is a tragic love story with undertones of sex, gender politics and materialism at its core. 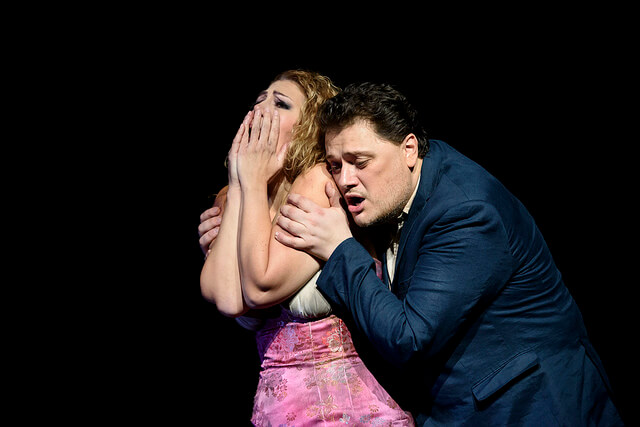 The hedonistic Manon, sung by American/ Canadian soprano Sondra Radavanovsky, leads a convictive cast in this stylised opera classic. But before we go any deeper, a brief background story. When Manon meets the young student Des Grieux (Aleksandrs Antonenko) they fall in love. They elope – but when the elderly Geronte (Eric Halfvarson) offers Manon a life of wealth and luxury, her head is turned. Her indecision leads to a series of unexpected downturns as her life begins to plummet. 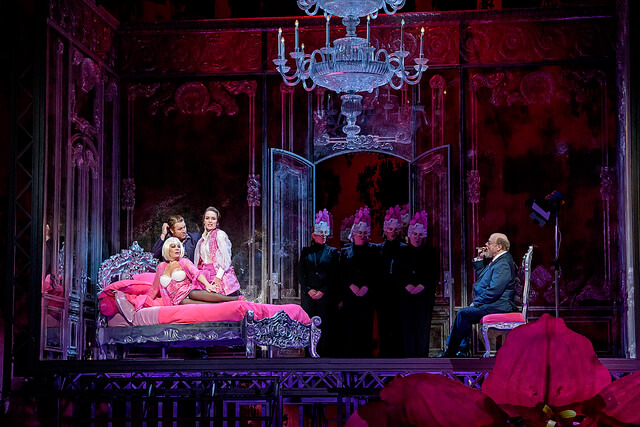 Director Jonathan Kent’s production draws parallels between Manon’s story and aspects of our own age, including voyeurism and the commercialisation of sex. Revisiting Kent’s 2014 production, the work remains a fresh and fervent presentation. In Kent’s revival production, the 18th century gets an update with designs by Paul Brown creating a harsh environment for performers to play. Set in a vaguely modern world, which looks a little like Miami (read: wealthy and tacky), the set chides with our misconceptions of the supposedly ‘glamorous’ 18th century. In Act Two, a Barbie-pink gilded cage tells us immediately of Geronte’s wealth and of Manon’s love of tasteless acquisition. Her bedroom is a cellular unit, the rest of the stage is built to be disabled, impermeable, it’s modular frame complete with exposed stage lights highlighting it’s instability. 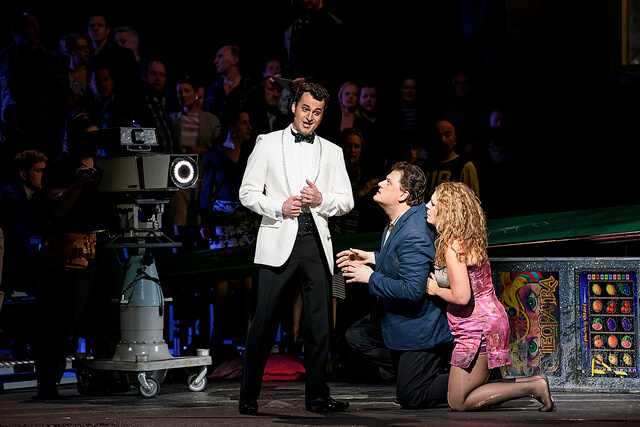 With refrain, Act Three opens with a gentle reminder of the opera’s genesis – as an excerpt of the opera’s source material, Abbé Prévost’s L’Histoire du chevalier des Grieux et de Manon Lescaut, is projected onto the velvet curtains of the stage.