London / Culture / Art / About Time You Saw: Letters of Note

About Time You Saw: Letters of NoteBy Gilly Hopper

This month we explore two productions showcasing correspondence deserving of a wider audience. De Profundis, a multimedia project curated by Art Angel and Letters Live, a live event series celebrating the enduring power of literary correspondence and the vitality of the written word. 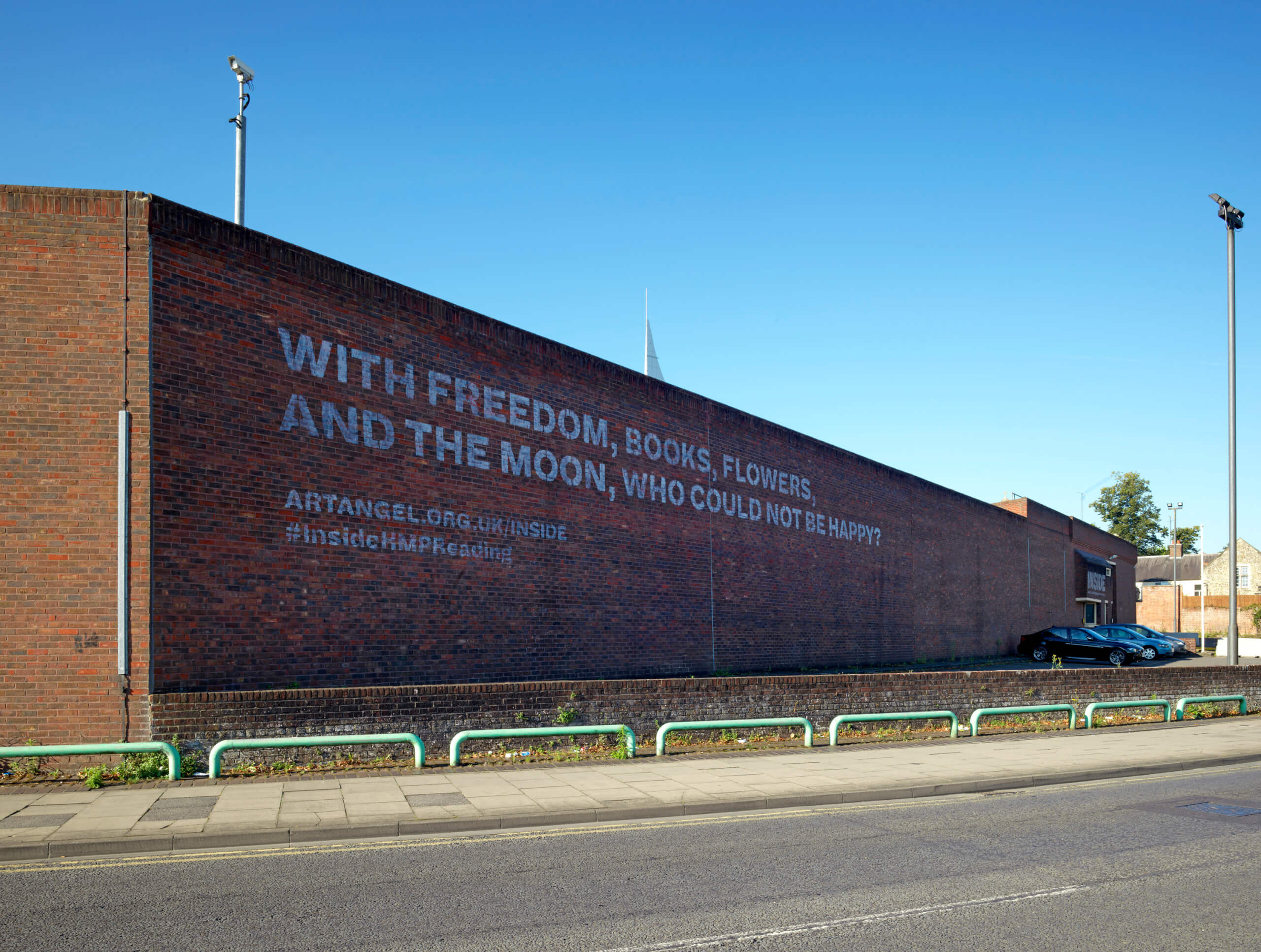 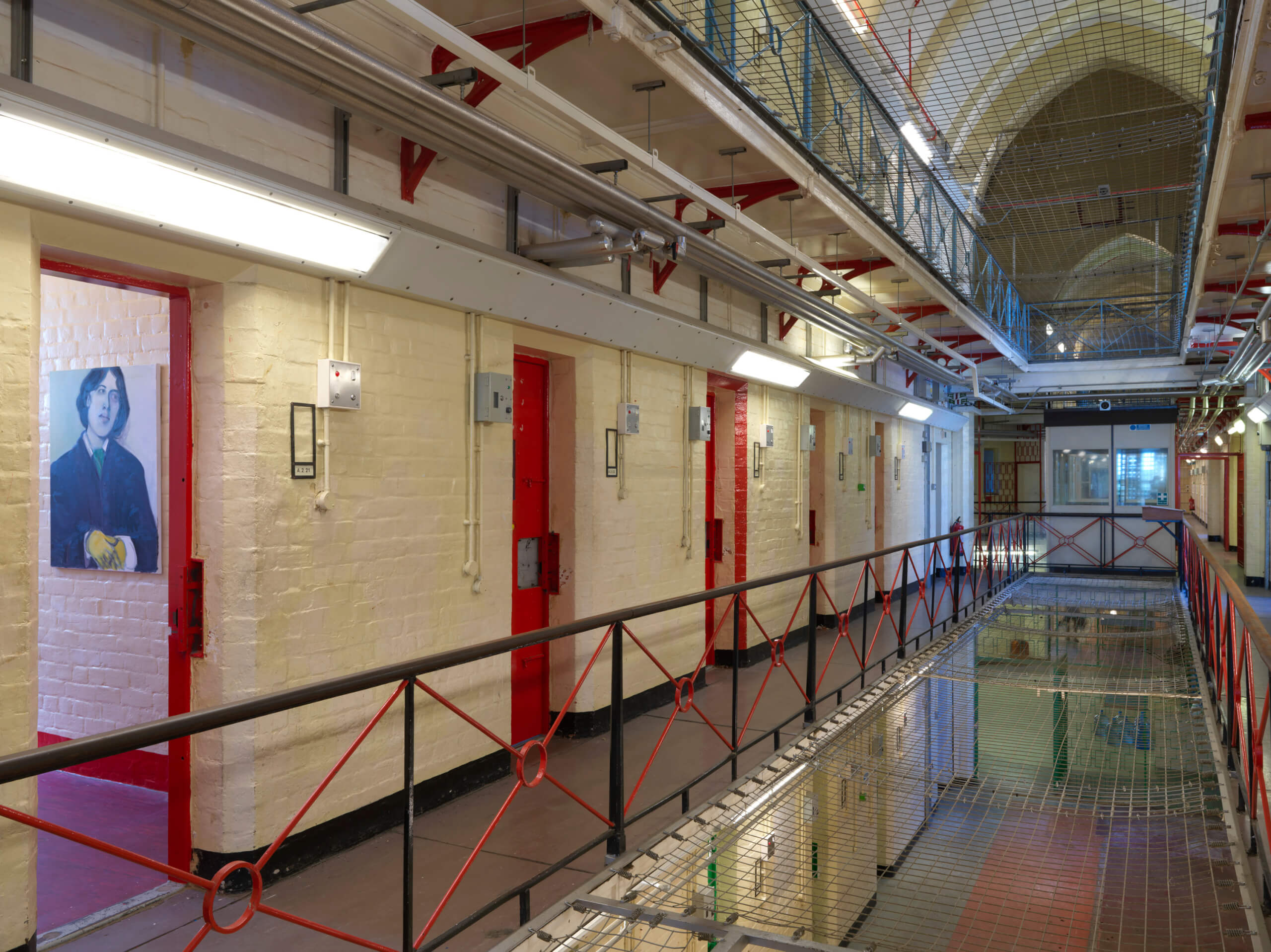 Today, Reading prison is synonymous with Oscar Wilde, the Irish playwright, novelist and poet. Imprisoned in 1895 for ‘acts of gross indecency with other male persons,’ Wilde was at the height of his fame having presented an Ideal Husband and The Importance of Being Earnest earlier that year. A note from Marquess of Queensbury, the father of Wilde’s young corsot, Lord Alfred Douglas, labeled Wilde as a ‘sodomite,’ and marked the beginning of the end for Wilde. 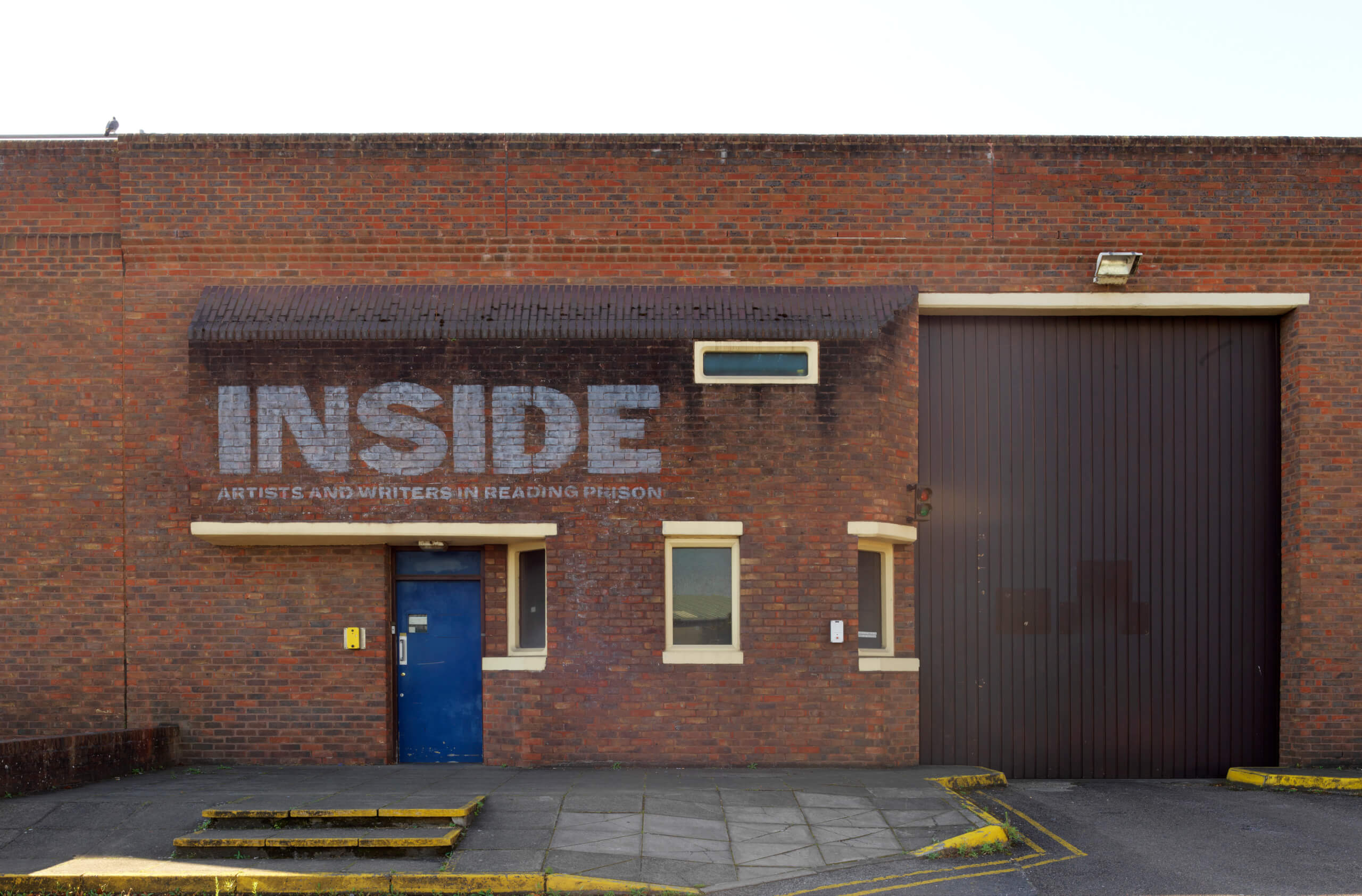 The devastating experience of his time at Reading prison compelled Wilde to write De Profundis (Out of Depths) a revelatory 100 page letter written in his over the first three months of 1897. Over the course of Art Angel’s residency at Reading Prison, various readers including Neil Bartlett, Ralph Fiennes, Colm Toibin, Patti Smith and Maxine Peake will sit in the prison chapel and recite Wilde’s De Profundis. The letter exposes the harshness of life in prison and relinquishes the thought of Wilde’s love for Bosie (Lord Alfred Douglas). 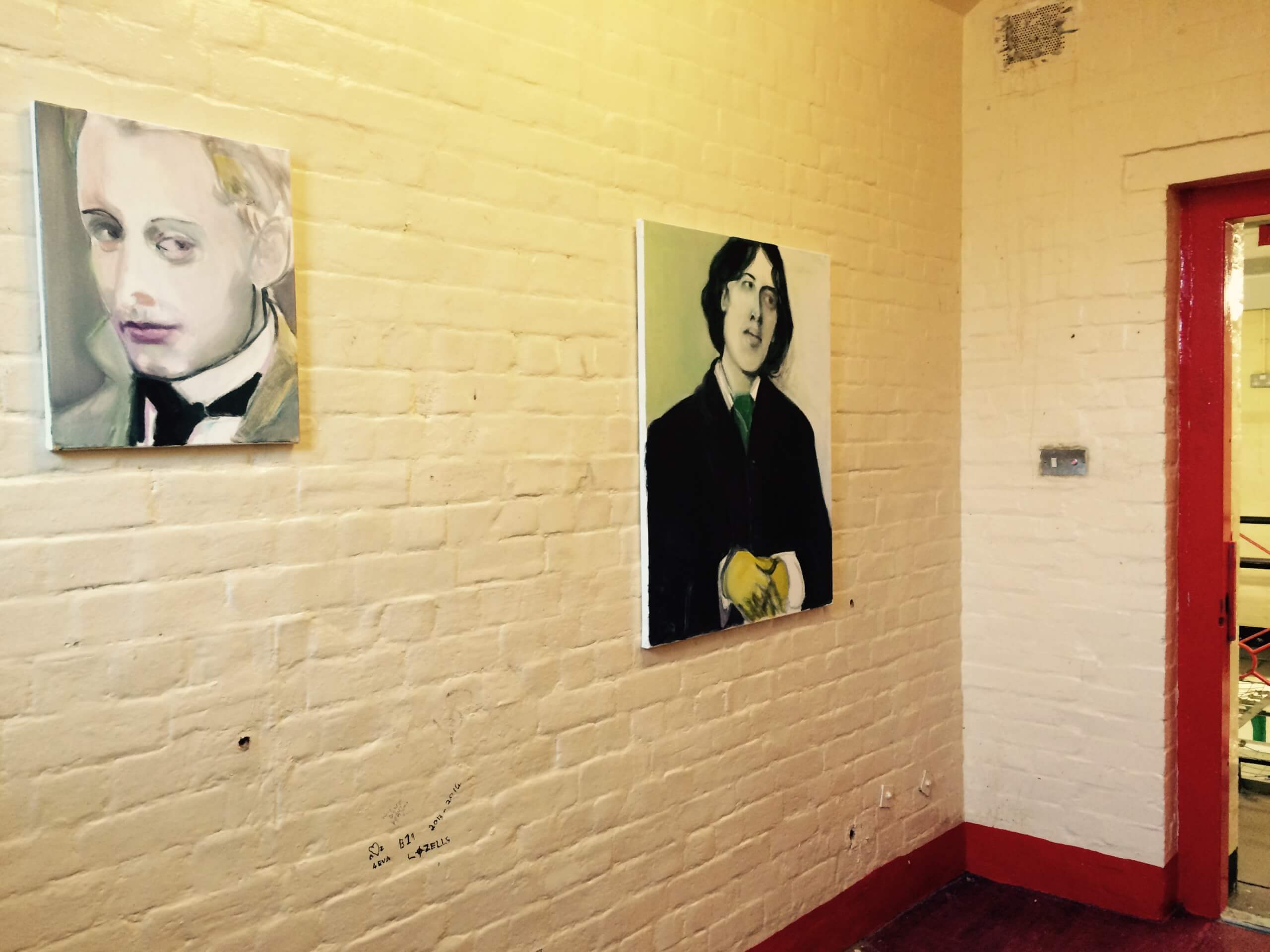 For the first year of his sentence Oscar was forbidden to write anything beyond an occasional letter. In 1896 a more sympathetic officer took charge and allowed Wilde sufficient paper to write De Profundis. Letters of Separation, a series by nine contemporary writers, can be read and listened to in individual cells. Taking their cue from Wilde’s literary reflection on his separation these writers have composed a letter to a loved one from whom they have been separated by state enforcement. The exhibition also includes paintings by Marlene Dumas et al, sculptures, photographs (including a powerful series by Nan Golding), videos and other writings. 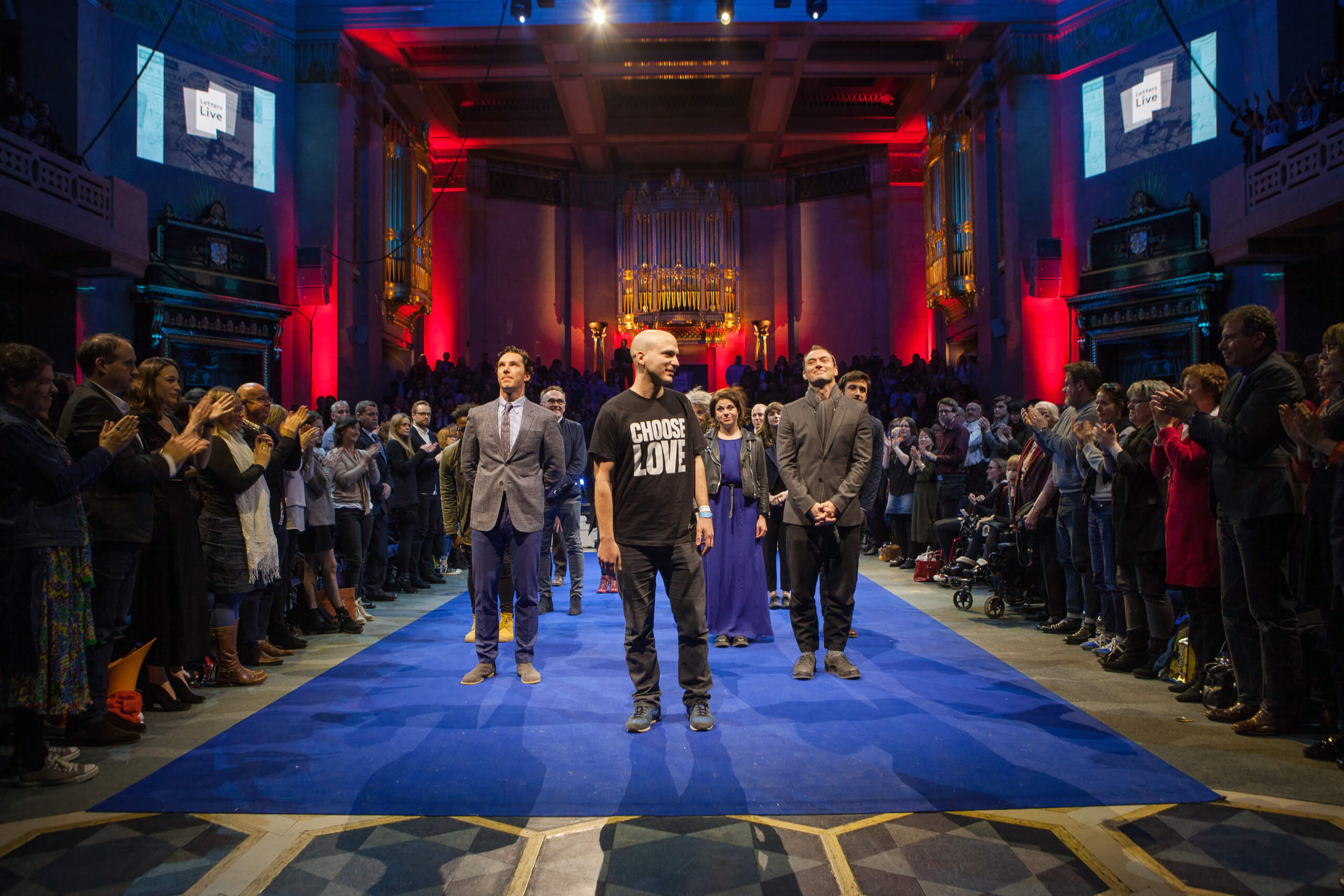 Celebrating the humble letter and its immense power, Letters Live sees remarkable letters read by a diverse array of performers, including well known actors and popular broadcasters. While keeping a firm lid on individual line-ups, performers and talents over the course of Letters Live five night run will include Gillian Anderson, Jarvis Cocker, Lily Cole, Jamie Cullum, Sophie Dahl, Jude Law, Miriam Margolyes, Michael Palin, Colin Salmon and Juliet Stevenson amongst others. As is custom, each show’s line up remains a closely guarded secret until the curtain call. Full disclosure – on opening night we were graced by Jude Law, Michael Palin, Nicholas Parsons, Julian Clary, Omid Djalili and others. Jude was a personal highlight, because, obviously. 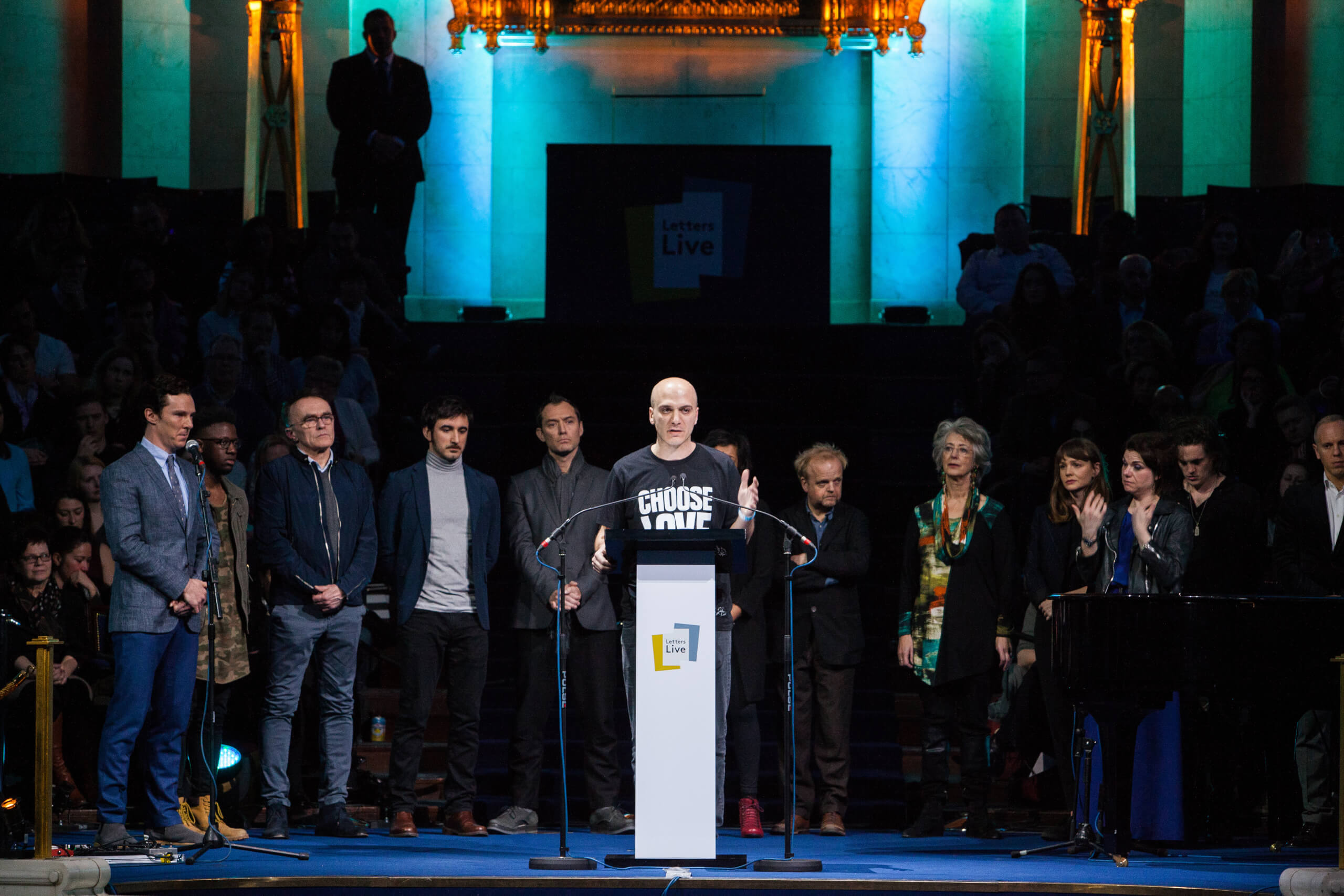 Inspired by Shaun Usher’s Letters of Note series and seismically popular website, Letters Live brings a selection of entertaining, inspiring and unusual letters into the public realm. Jude Law opened the inaugural performance reading Frank Sinatra’s letter  to Mike Royko: “You’re nothing but a pimp.” So as not to ruin the fun, I will only allude to variety of content covered across the evening’s readings. Correspondence ranged from Sinead O’Connor’s letter to Miley Cyrus to a letter from Michael Forstater from Michael White regarding the censorship ratings of Monty Python, followed by a personal letter from Maya Angelou to her younger self. Although female talent was rather light across the evening’s performances, there is the assumption that future evenings will be balanced more favorably. Exploring the wordings and musings of Gene Wilder’s costume concerns one moment and exposing a controversial letter from a Beatles fan to Nike Inc in the next turn of phrase, provides a dynamism and a juxtaposing free form to the evening. Adding to this, musical interludes (songs are letters of another sort) took center stage at natural transitory points, providing a welcomed change of pace. 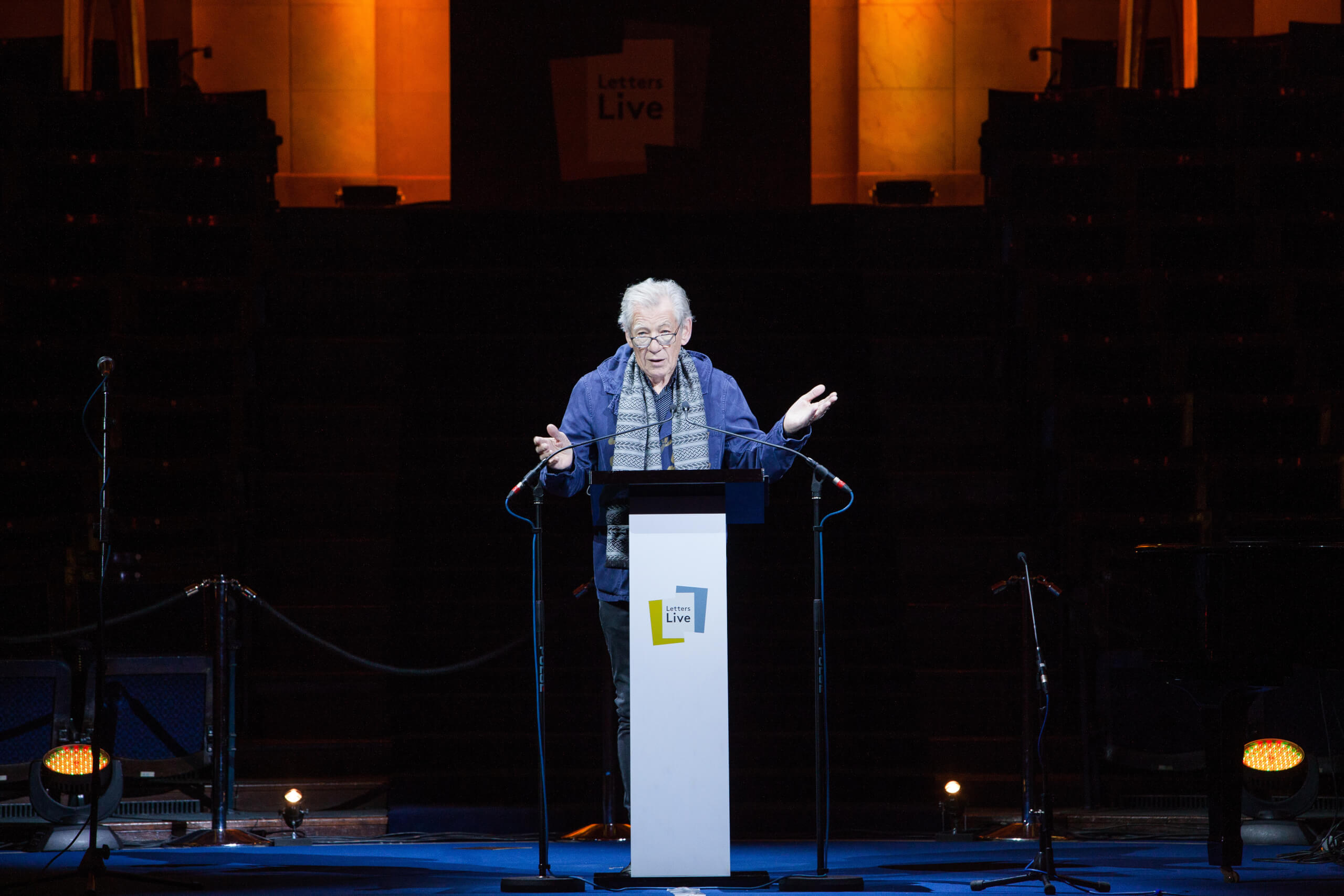 Celebrating the pain, joy, wisdom and humour expressed in these letters, Letters Live encompasses all manner of correspondence, tones of voice and variety of human feeling. Perhaps the evening’s purist moment was captured in Nicholas Parson’s recitation of Roald Dahl’s response to a young girl named Elizabeth who is not fitting in at school. He spurs her to be a ‘dinketysnipsy girl’ and in his unique, marvelous and nonsensical way, Dahl’s musings reinforce the power of the written word and its convivial and convictive capabilities. In the absence of a playbook, this glorious tome of writings channels the great diversity, hardship and humour of our world; it is truly a compilation of stellar proportion.