Opening its doors this month, rock ‘n roll fans can now step inside the former flat of Jimi Hendrix located at 23 Brook Street. Famed as the only Hendrix home in the world open to the public, the flat is now a primary heritage site forming the Handel & Hendrix experience in London. Jimi Hendrix and George Frideric Handel, two of history’s most unorthodox housemates, lived in neighbouring buildings on Central London’s Brook Street – number 23 and 25 – in 1723 and 1969 respectively. Retrace the musical legacies of two of the most important figures in musical history, who lived, wrote and played on the same street, 240 years apart.

Jimi Hendrix moved in to 23 Brook Street on 4th July 1968. His musical life thrived inside the flat; it was the scene of many hours of writing, constant visits by fellow musicians, hours of playing records at high volume on his Bang & Olfusen turntable and countless jam sessions. Enter into Jimi Hendrix’s reconstructed bedsit, complete with brightly coloured bed spread woven by textile designers Wallace & Sewell, batik wall hangings, a fruit bowl, peacock screen and bright turquoise curtains. Spending most of his days in the flat, ordering food form Mr Love downstairs and the night seeped in, No 23 was a haven of creativity and comfort for Hendrix. No 23 Brook Street was also the place he returned to after his blistering Royal Albert Hall shows on 18 and 24 February 1969. 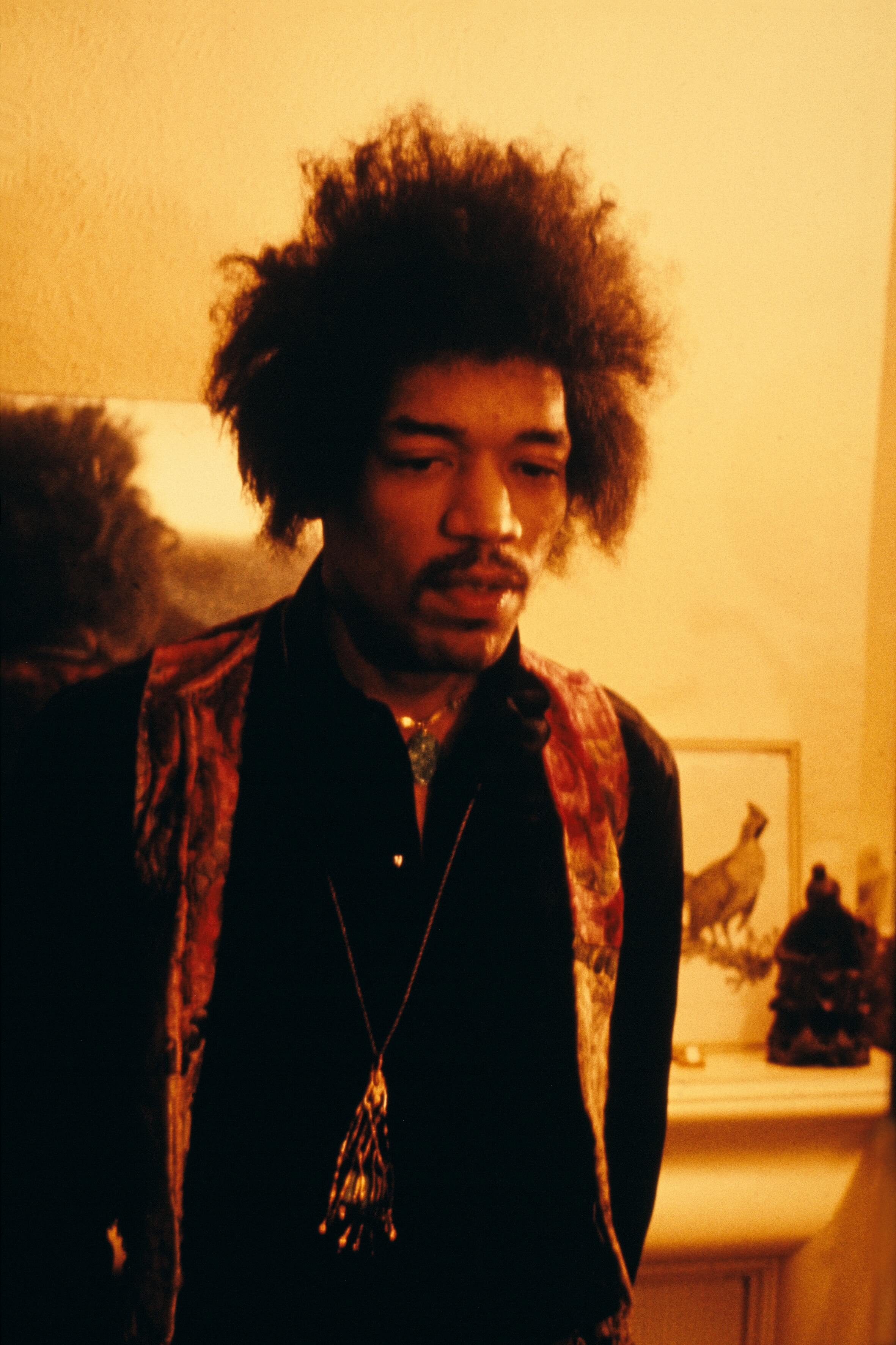 The new permanent exhibition designed, by Catherine Halcrow, traces Hendrix’s life in London in 1968 ad 1969. Located on the top-floor flat at 23 Brook Street, Hendrix’s bedsit has been carefully restored to appear as it was when he lived there in 1969. From guitars to an impressive LP collection, the music scene of the 1960s is strewn across the walls of Hendrix’s reconstructed flat. The Epiphone FT79 acoustic guitar, which Jimi bought in New York at the end of his US tour with The Experience and brought back to London, is amongst objects on display. According to Hendrix’s former girlfriend, Kathy Etchingham, his guitar ‘was always within arm’s reach, usually beside the bed and invariably played a raucous parties.’ ‘Jimi used it for everything he composed in this country…’ Epiphone FT79’s aside, there is ample material for music fans to engage with. Hendrix’s LP record collection comprises of favourite performers, influencers, oddities, friends and varying musical styles. Amongst the collection is a copy of Handel’s Messiah performed by the English Chamber Orchestra, which Hendrix used to jam to. Hendrix’s interest in Handel, playing a loose version of the Hallelujah Chorus during a gig at the Winterland Ballroom in San Francisco in October 1968. Also among the exhibits on display are previously unseen or rarely-seen images of Hendrix taken at the flat and in the local area. A must for any Hendrix fan. 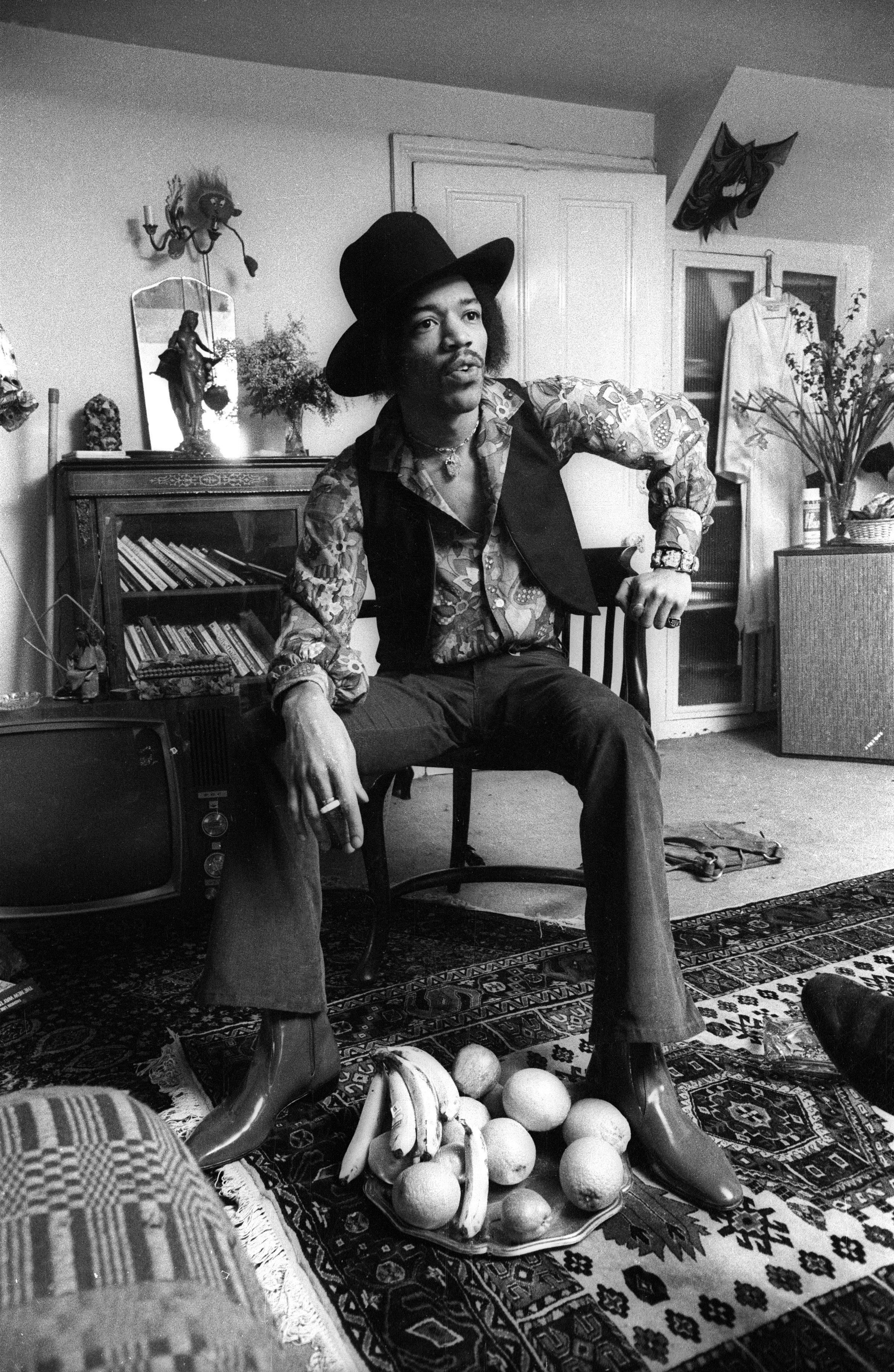 Come for Hendrix and stay for Handel, or vice versa, with ticket bundles and other great deals available at www.handelhendrix.org