First and foremost, Il Trovatore is a melodrama. From familial love to murder and infidelity, this is an opera with more plot points than it has deaths (and there are quite a few). Add crossed wires and too much action and you’ll soon see why Verdi’s Il Trovatore is famed for its dramatic swerves. 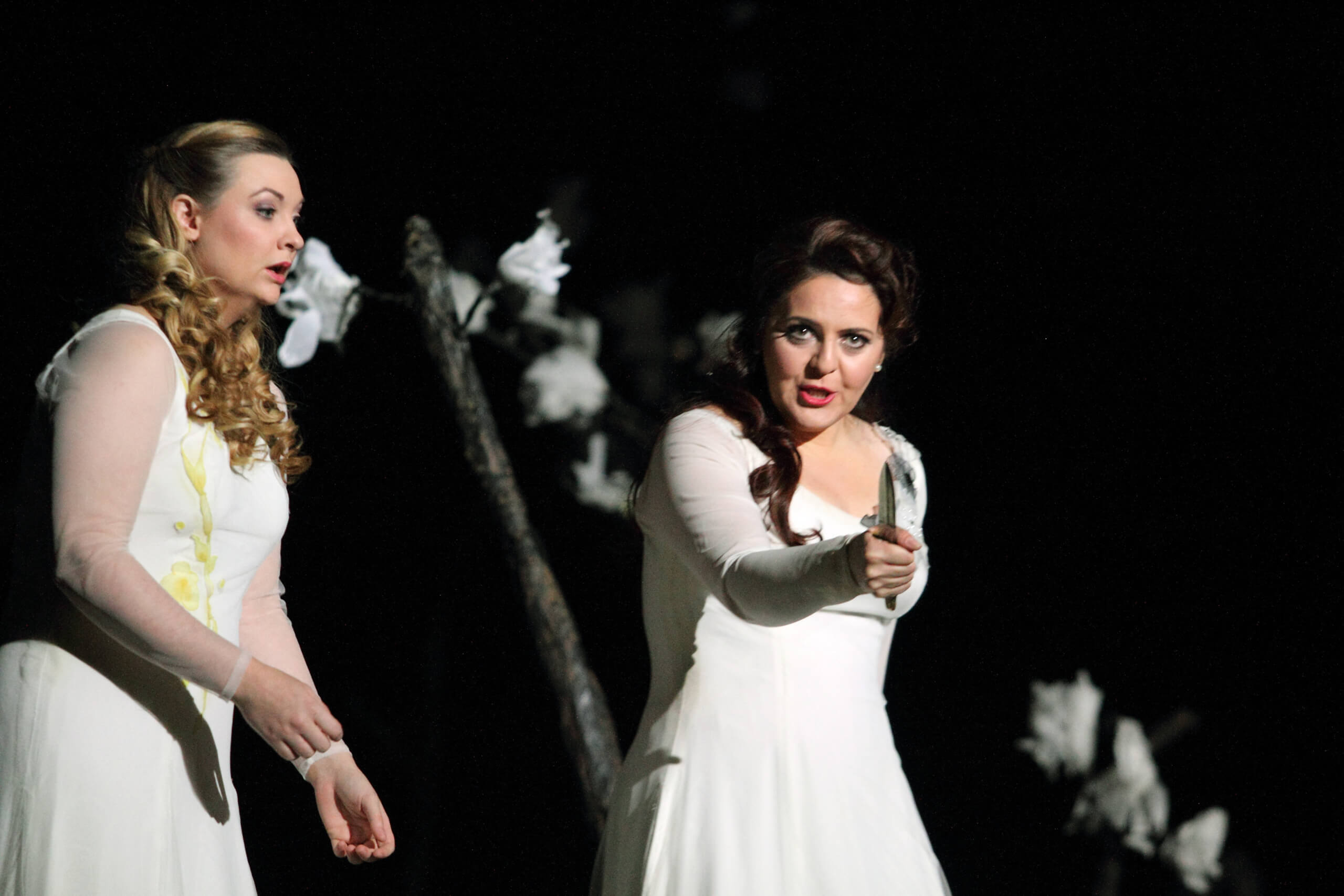 It is this – the dramatic workings of Il Trovatore’s book and score – that servers as the driving force of the opera. The queen of drama herself, Anita Rachvelishvili plays the Gypsy Azcunea who has vowed to avenge the murder of her mother at the hands of the aristocratic Luna family. The Georgian mezzo-soprano gives a beguiling performance as the vengeful Azcunea, bewitching the audience from the first moments of Act Two’s Stride la Vampa. She tells the crowd how her baby was murdered, enhancing her story with dramatic prowess and sultry chest notes. Act Two’s gypsy camp opening is a stand out section of the opera, highlighting the greatest components of Verdi’s style. Musical fire flickers throughout with fine instrumental shading that maximizes a daring and contrasting score. Fiery choruses punctuate the text conducted by Richard Farnes. 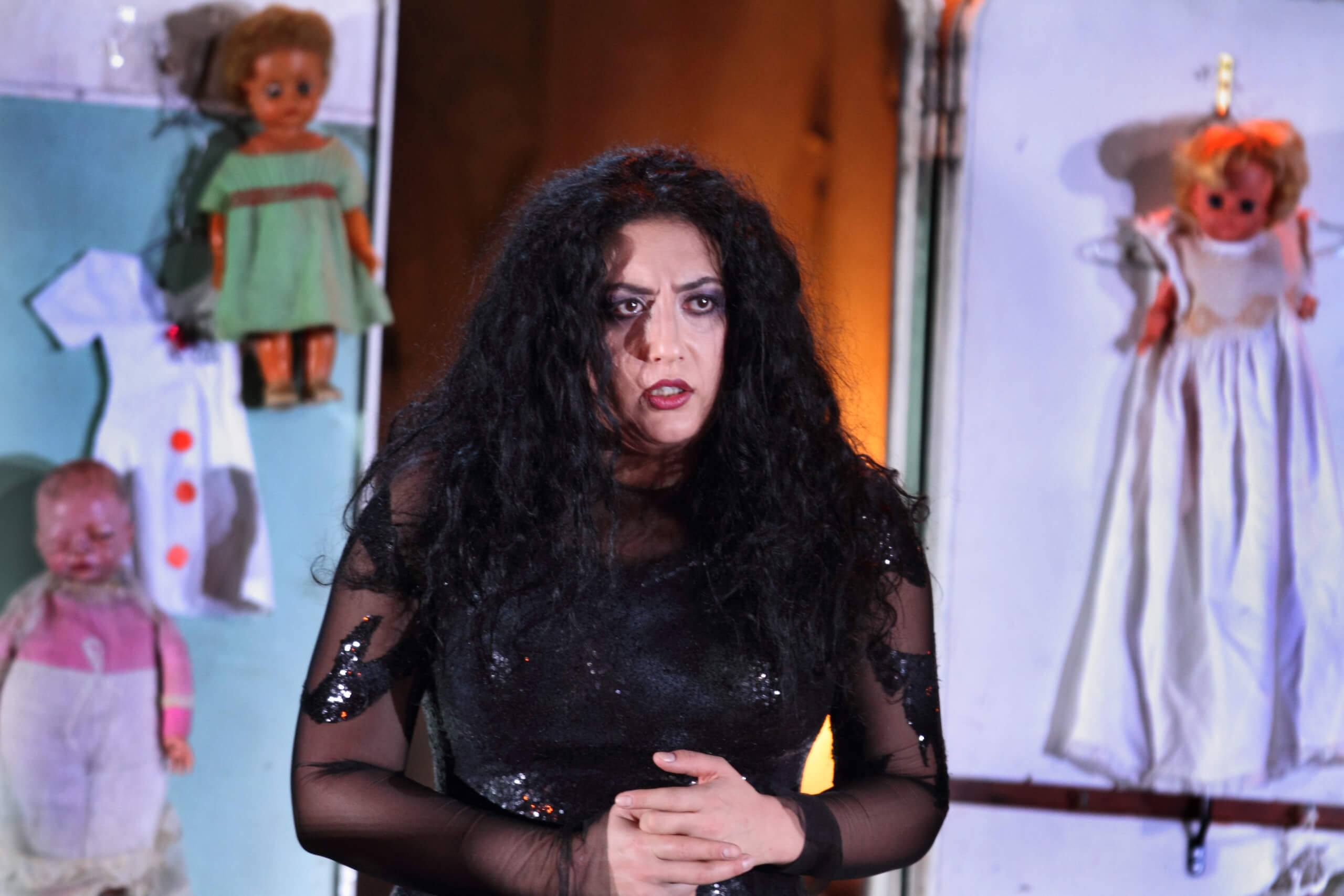 Symbolism plays a prominent role in David Bosch’s revival production. In a story which is bookended by two fires, two very different worlds are expressed in elemental terms – snow and fire. This conflict of two worlds, private and public battles, illustrates the divided metaphysical gypsy world from the harsh battle grounds of Count di Luna. 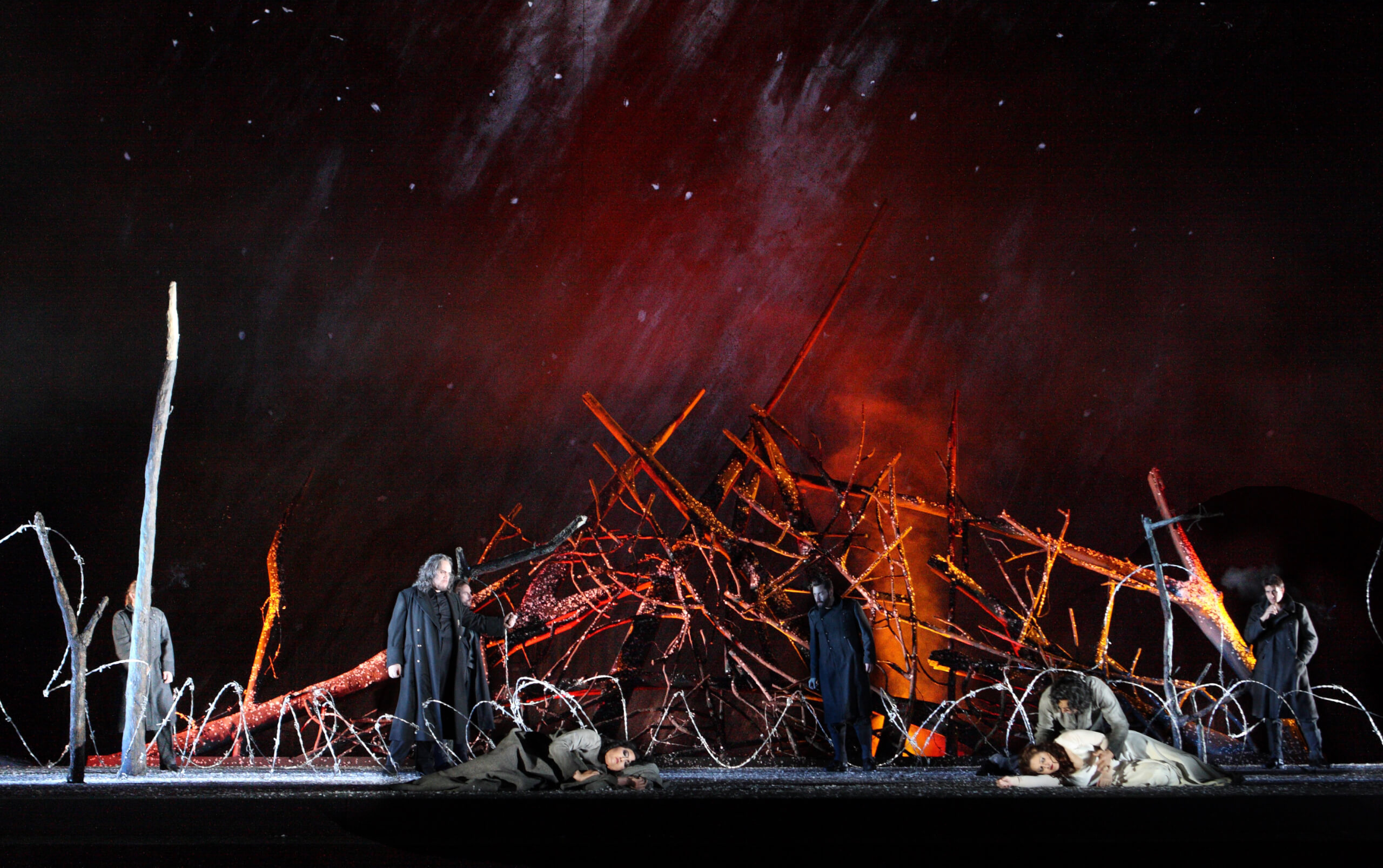 The Royal Opera House’s 2015/16 revival of Il Triovatore is a visually stunning production. Though vocals are variable, with performances shared between two casts, Il Trovatore is an act of teamwork above all else.