Contemporary art meets contemporary dance in Turkish designer, Hussein Chalyan’s inaugural dance piece, Gravity Fatigue, showing now at Sadler’s Wells. Taking on the role of Creative Director, Chalyan’s conceptual and narrative approach to costume design has resulted in a series of vibrant dance skins and costumes which serve as both a catalyst for the drama as well as a force to be reckoned with. 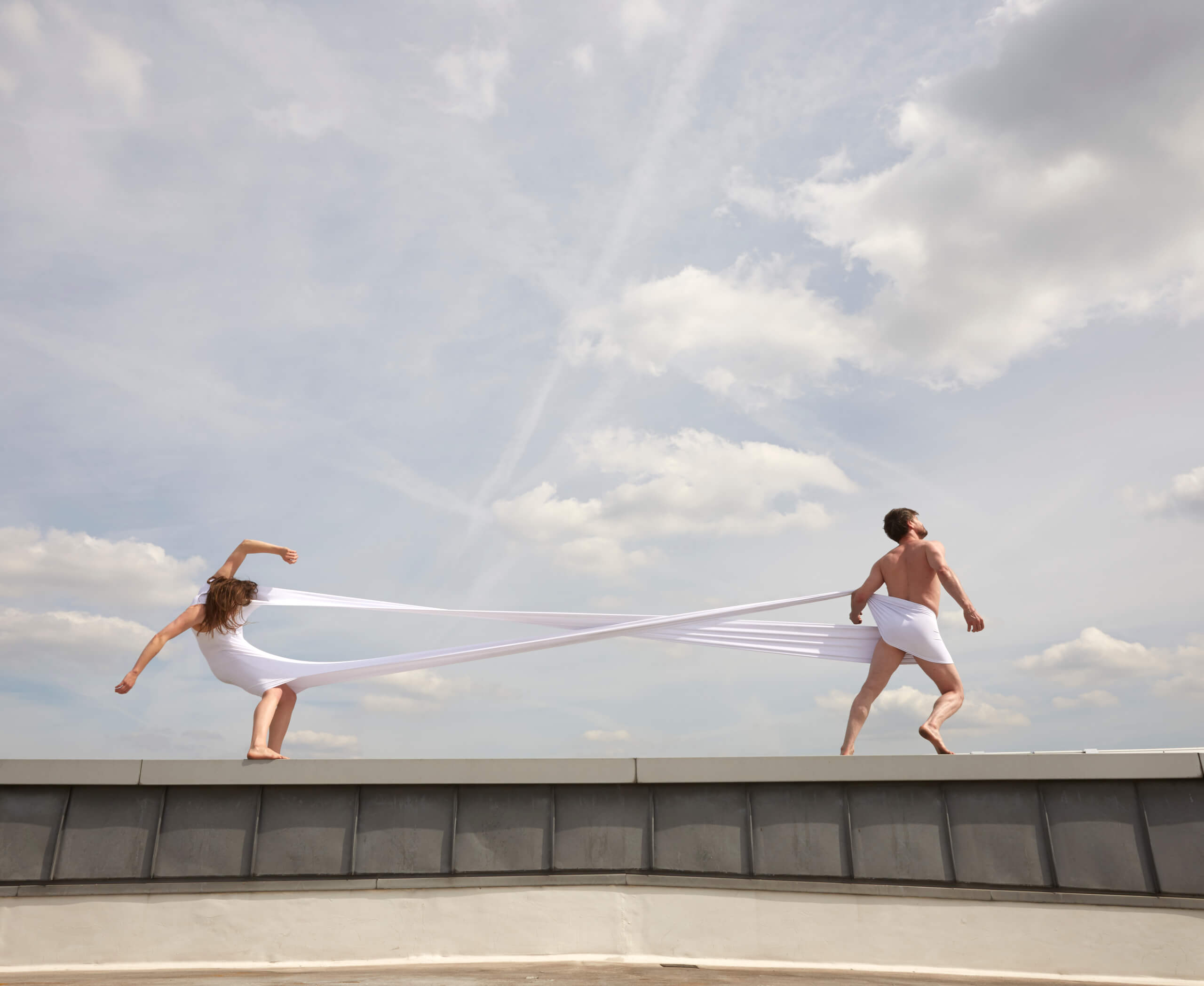 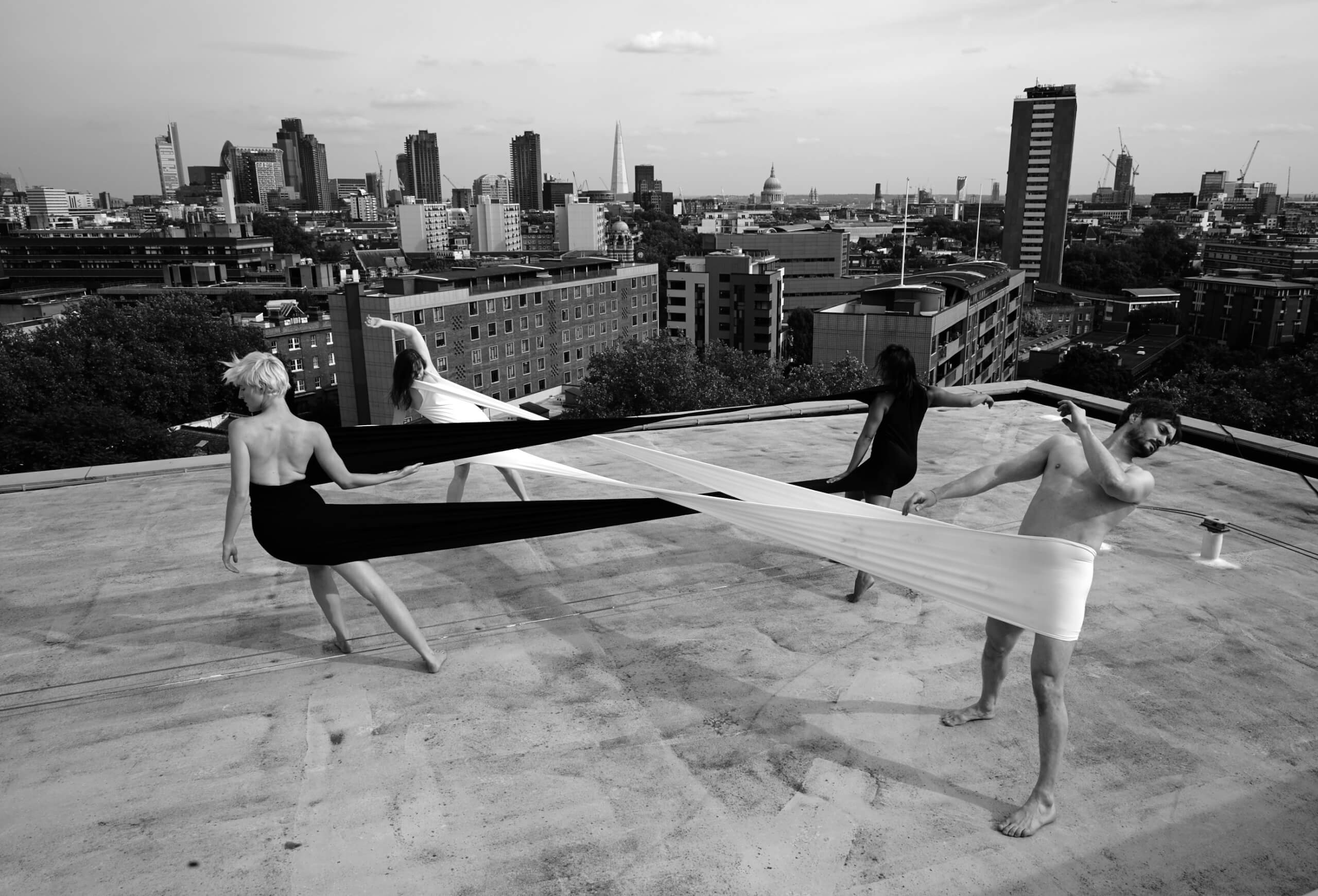 Gravity Fatigue is ‘story telling with the body in movement punctuated by clothes.’ That story deviates from ‘Delayed Presence’ – a short piece involving cut out paper dresses to ‘500 Years of Pleats,’ a piece in which the Benesh Movement Notation system (a dance notation system used to document dance and other types of human movement) seems a direct inspiration. The ensemble sat in a row and played with rhythm and repetition while an interesting stave-like design unravelled behind. A delightful moment was encountered as point work is adopted by the hands as finger tips teeter along elegantly in tandem with more percussive hand movements. 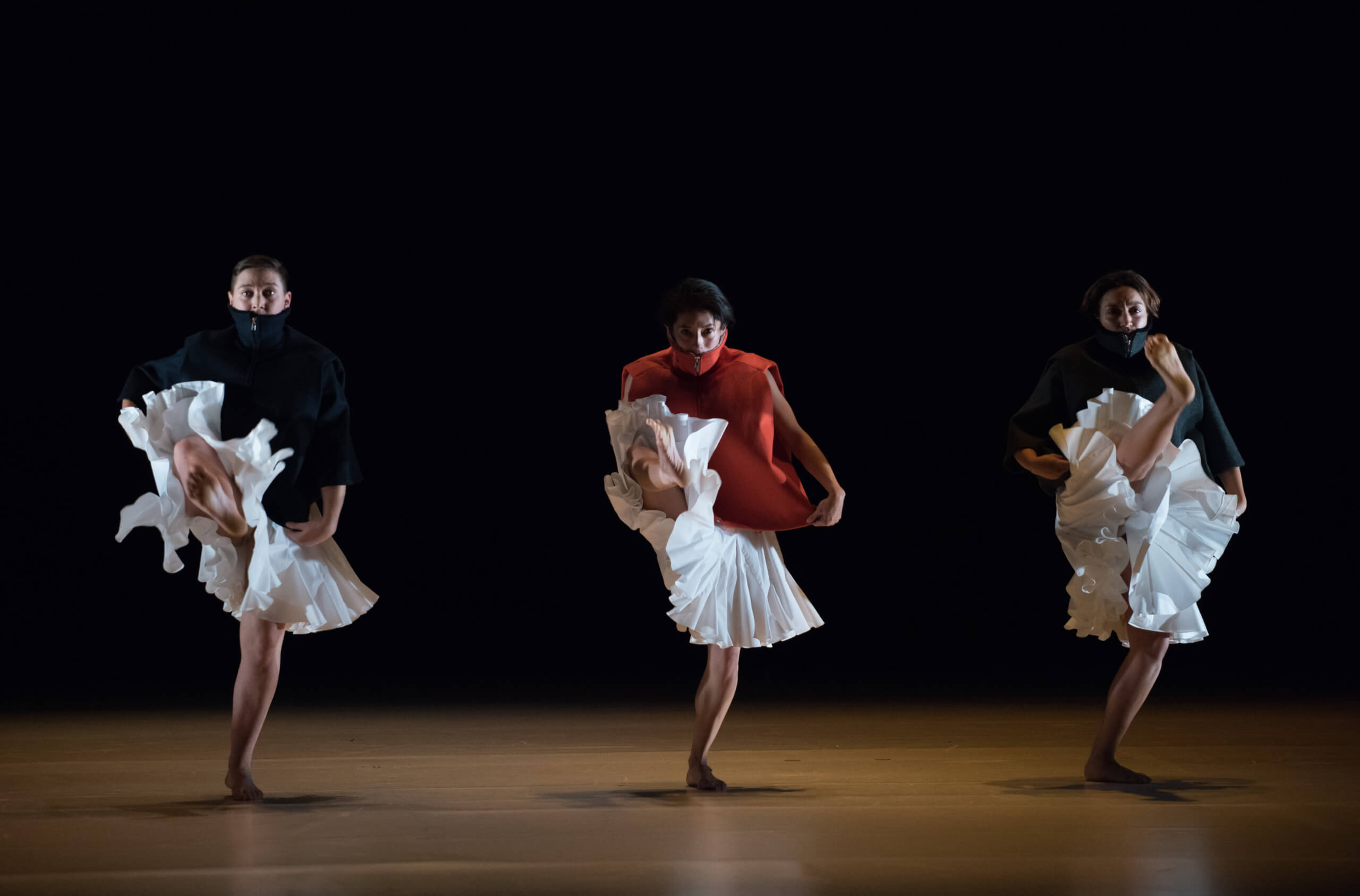 Exploring themes of identity and displacement, other highlights include a disembodied striking scarlet dress with moveable internal structures which operate independent of its wearer. ‘Body Spirit’ was another notable work. Maintaining Chalyans’s trademark minimalist aesthetic, three dancers appear in geometric tops and white crepe skirts, with an aura of the tropics about their movements. Damien Jalet’s stylised choreography formed humorous divides between the upper and lower parts of the body, which was exaggerated to great effect by the angular jumpers worn by the dancers. Fusing costume and choreography in a piece that conjured up visions of spangled spinning tops as dancers unbuttoned large black coats to reveal sequined undergarments dancers whirled without pause in Arrival of Departure. Here the ritual of the Whirling Dervishes seems a likely source of inspiration. Listen closely to hear the classical Turkish song Bakışı çağırır beni uzaktan sung by Hussein’s mother – Sevil Ozel. 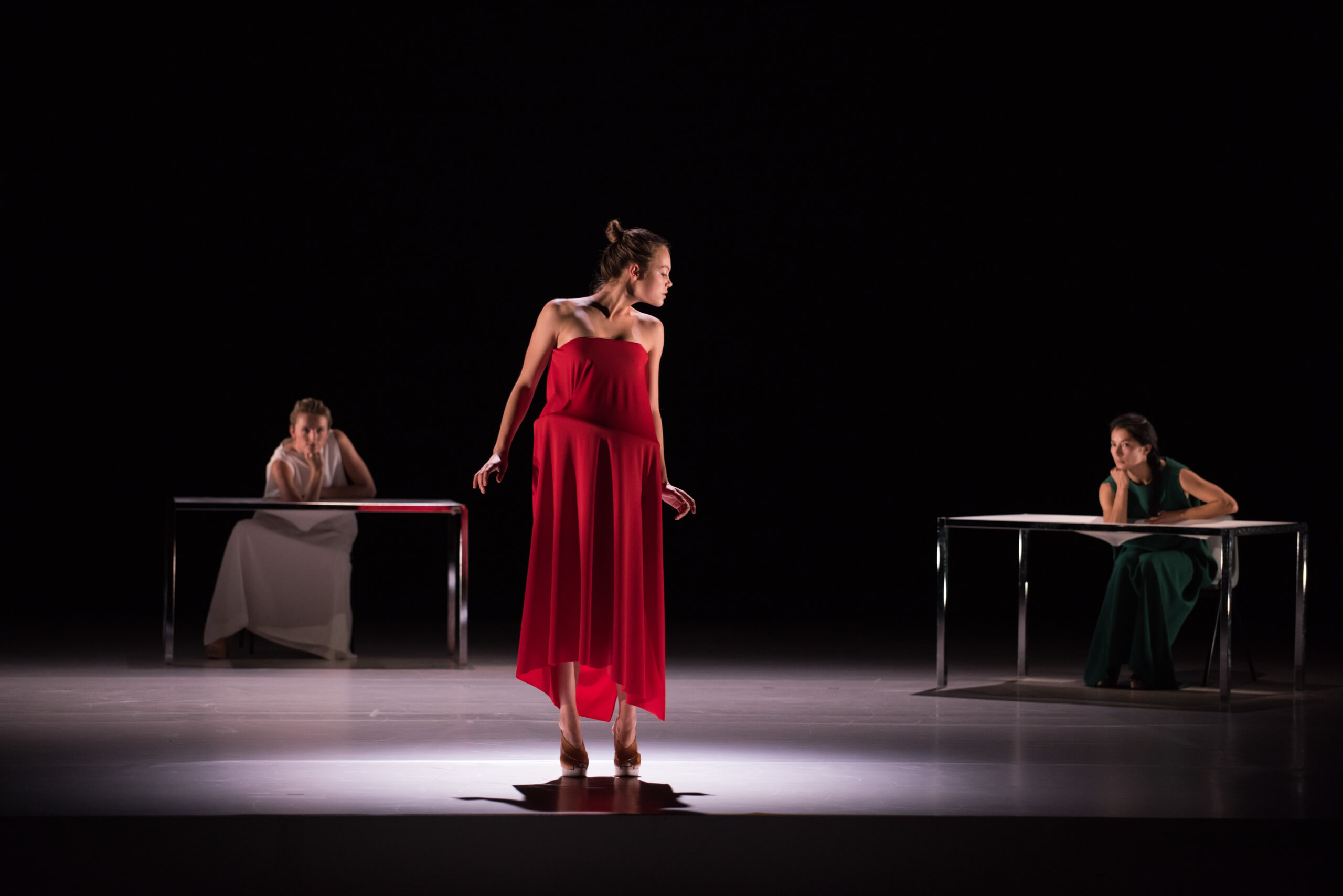 Speaking of the disconnection we experience in public spaces at moments of transition, disembodiment, and self-awareness, Gravity Fatigue certainly takes on a lot in its 1 hour 15 minute run time. What may sound overwhelming, even fatiguing, is a well-balanced and compelling watch that appropriately fuses fashion and dance to better these independent art forms in a work of operatic status.