London / Culture / Theatre / About Time You Saw: David Baddiel: My Family: Not the Sitcom

About Time You Saw: David Baddiel: My Family: Not the SitcomBy Gilly Hopper

David Baddiel is one funny, flippant, family member. His new standup, My Family: Not the Sitcom, is a profane eulogy to his late mother, Sarah, and marks the sort of loss of his father Colin, who suffers from Pick’s disease. An atheist Jew, Baddiel is of the belief that ‘to truly remember our loved ones, you have to call up their weirdnesses, their madnesses, their flaws.’ In this two hour therapy session, as described by Baddiel, the comedian takes a no holds barred approach in the retelling of his family’s life story. 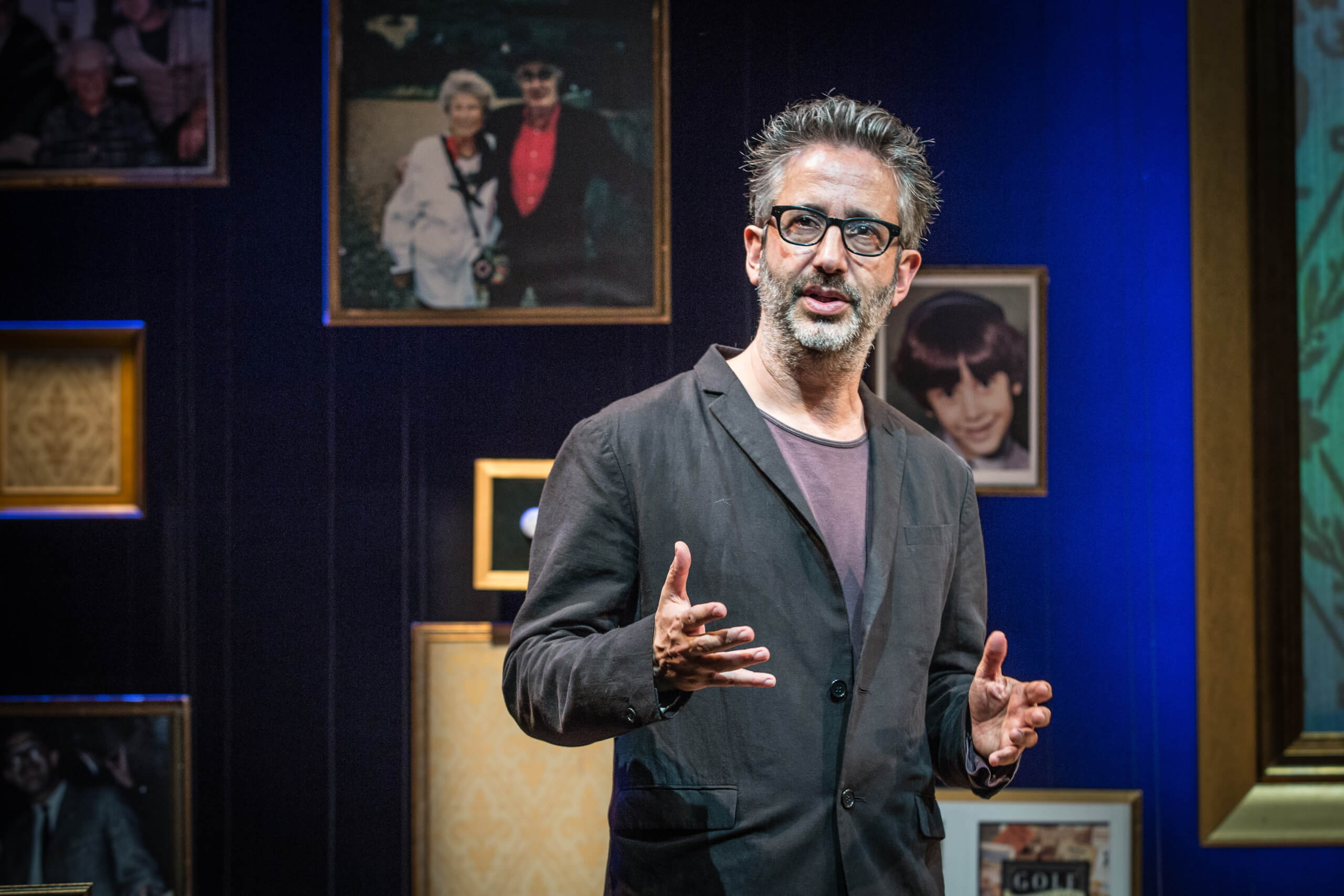 Clearing out his mum’s things after her death, Baddiel unearthed childhood drawings, racist dolls, photographs of lover David White and copyrighted poetry books – you know standard mummy memorabilia. Rather than bundling his hoard off to the local charity shop, Baddiel decided to air the family laundry (currently on display at The Vaudeville Theatre FYI. Perhaps most significantly, Baddiel’s family truths are entirely that, truthful. There is certainly no need for embellishment as Baddiel’s selection of shocking, scintillating, silly and stoic stories intertwine throughout the show, shocking a succumbing audience. Act One is dominated by Baddiel’s mum Sarah, the limelight seeking, raunchy poetry writing, golf loving, adulteress, formerly named Frommet (which ironically means ‘pious one.’) 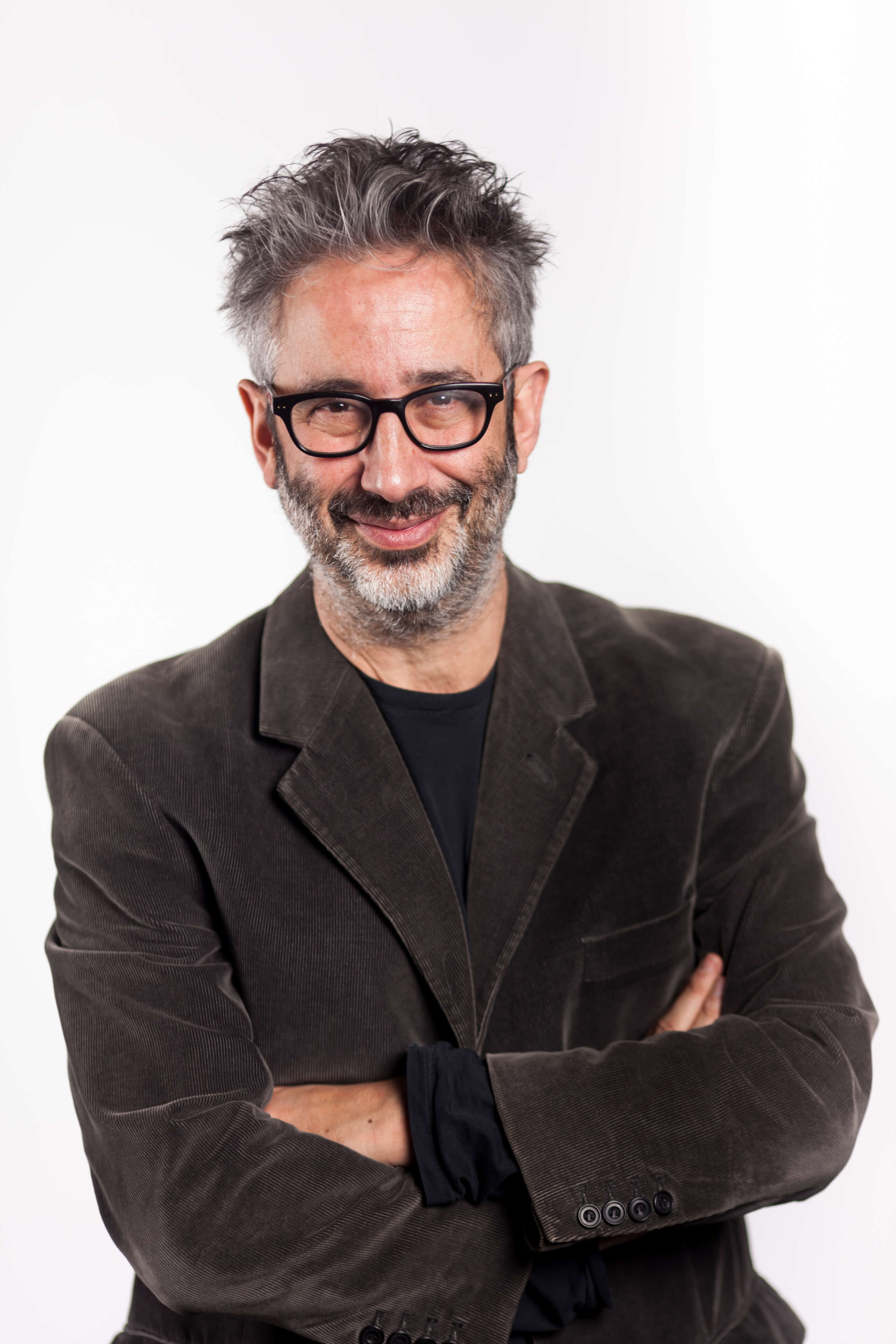 Baddiel preceeds his ceremonious slaughter with a montage of twitter posts, thereby introducing his family to the audience, while also highlighting key concepts of free speech, reappropriation, personal opinion and ownership. With a little help from vintage video clips and anecdotes, we get a strong sense of who Baddiel’s mother was, and the legacy she left behind. Telling it like it is seems to be something Baddiel has inherited from his father, the central character of Act Two. Exploring memory, infidelity, death and aging, Baddiel portrays his father as rambunctious and not at all observant man. Dementia seems to have heightened Colin’s boisterousness – Baddiel concedes that he was always like this, with the running joke of apologising for his fathers illness while internally proclaiming ‘this is exactly who he is’ – and there is a sense of uncertainty as to where or not Baddiel is fully comfortable with his choice to include specific anecdotes about his father. 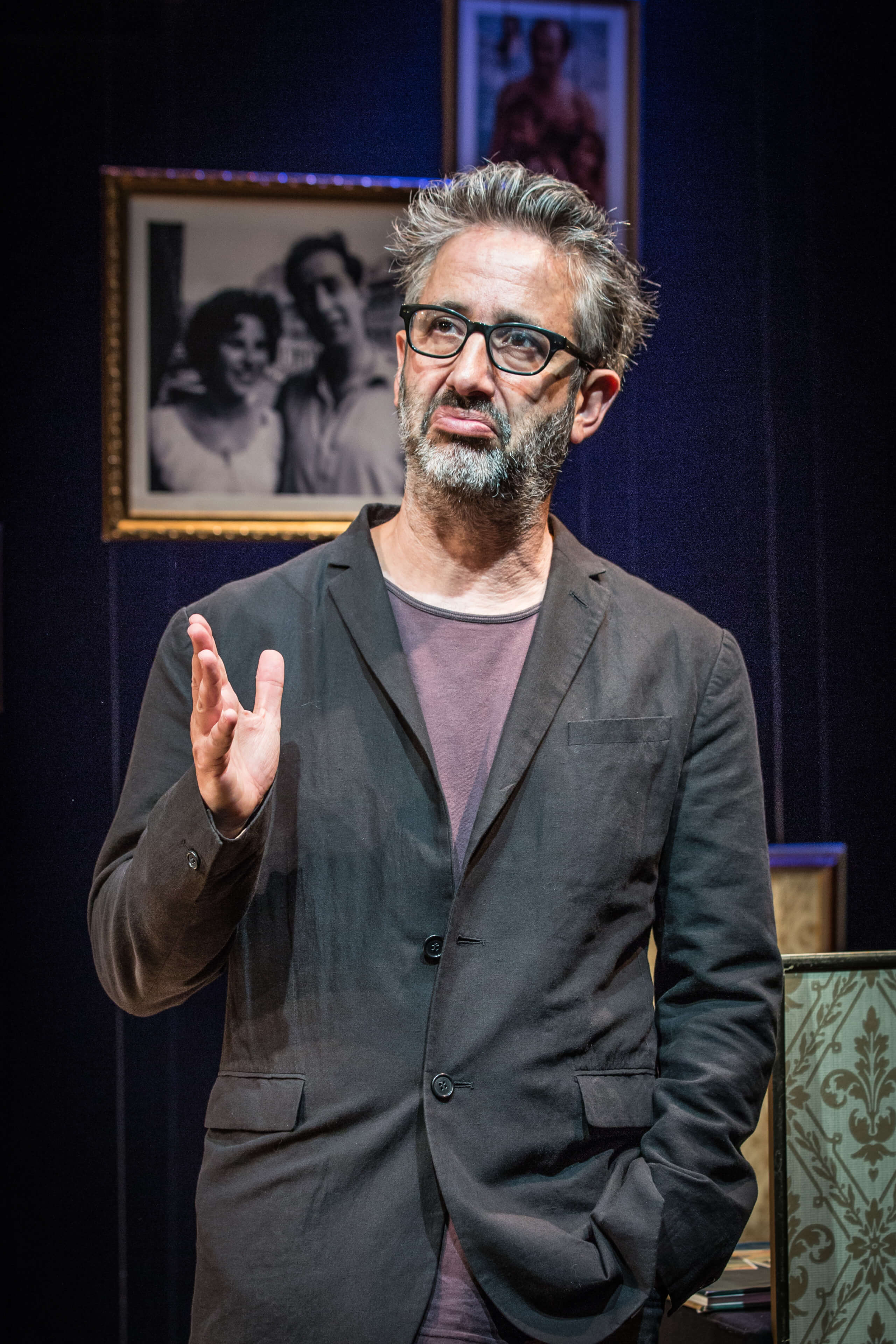 My Family Not the Sitcom despite it’s rowdy exterior is not mean spirited. In a post show Q&A, Baddiel concedes that he wrote the show to deal with and make sense of his emotions following the death of his mother. Baddiel has created something in between a stand up show and a play that feels contemporary, fresh and honest. Not preoccupied with saying the right thing. My Family: Not the Sitcom effectively sustains a life and keeps them in the room. Watching it was a “wonderful” experience!!!!*

*(If you don’t understand the over use of punctuation then you’ll just have to go and see the show. Running until 15th October at The Vaudeville Theatre)