Margaret of Argyll, born Ethel Margaret Whigham was a well-known socialite, whose colourful public image made her a tabloid target in the middle of the last century. In 1978, her negligent budgeting forced her to move from her house to a hotel suite (doesn’t seem the cruelest of punishments). However, shortly before her death, she found herself unable to pay the hotel bills, and her children placed her in a nursing home.

Absent, recalls the former Tatler columnist’s arrival to the hotel as an optimistic 18 year-old in the 1950’s and being evicted in the present day, into a modernised and radically changed world. Described as a ‘surreal re-imagining,’ dreamthinkspeak have created an intimate journey for audiences to meander through, weaving their way around Shoreditch Town Hall’s maze-like basement. Trailing through unfixed times and places, Absent between past, present and future, inextricably linking the hotel and its protagonist as design repetitions, as well as modifications to the hotel’s surroundings are observed. 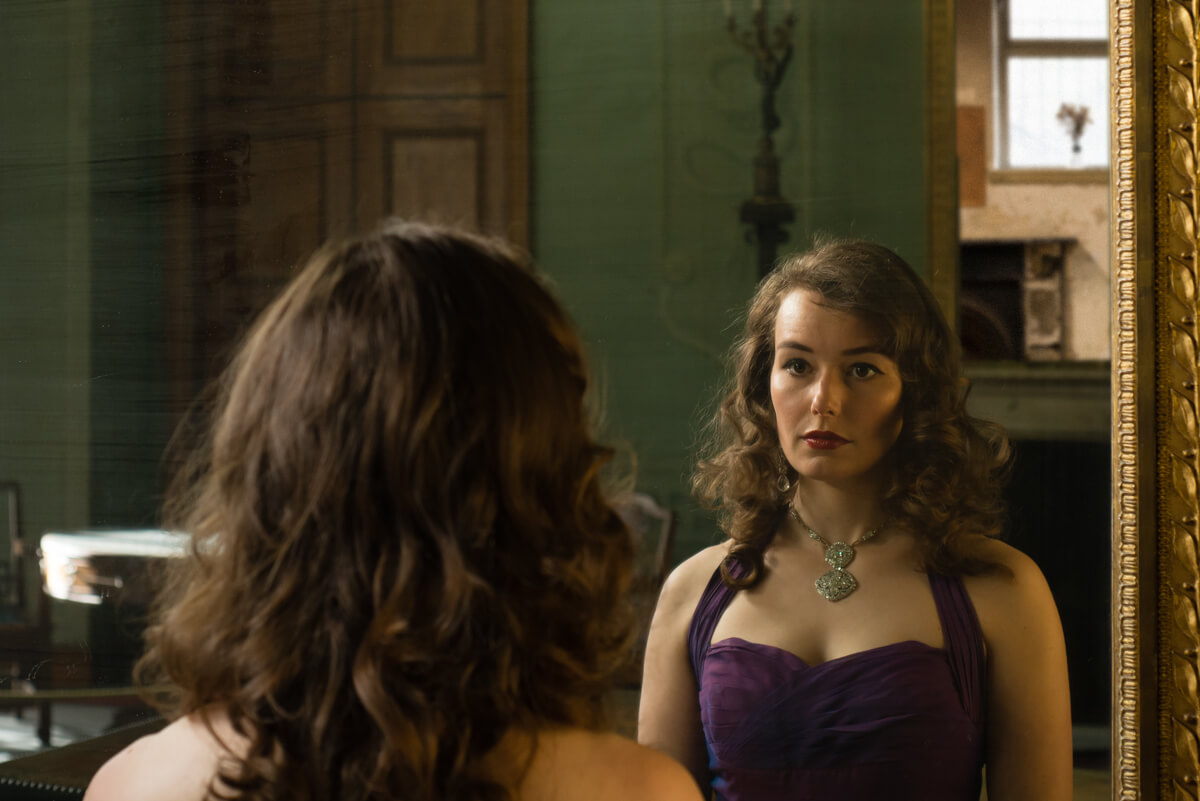 Taking place in a variety of physical and architectural contexts, the site-responsive performance is a tale of rags and riches. Mixing film and architectural installation, Absent is otherwise void of a narrator. The audience member is thereby responsible for compiling the storyline, aided by some snippets of media coverage – a newspaper headline, a front-page scoop – scattered along their trail.

As Absent is a promenade performance, the entire show is explored on foot. Absent’s scenic artistry is perhaps its greatest accolade, with shoebox size hotel suites replicated and manipulated to great affect. From observing a picture to walking amongst it, the most enchanting moment occurs as you enter into a real life portrait of a disheveled ballroom, complete with pink silk ribbons cascading down from a gold leaf chandelier.

With a haunting soundscape curated by Lapalux, Tristan Sharp’s Absent nods to the ever constant reality of relocating and reevaluating our surroundings. As economies change Margaret moves from the lavish to the scant, and with Shoreditch a central hub of regeneration, dreamthinkspeak leaves us with much to think and talk about post performance.