About Time You Saw: A Simon Stephens Play‏By Gilly Hopper 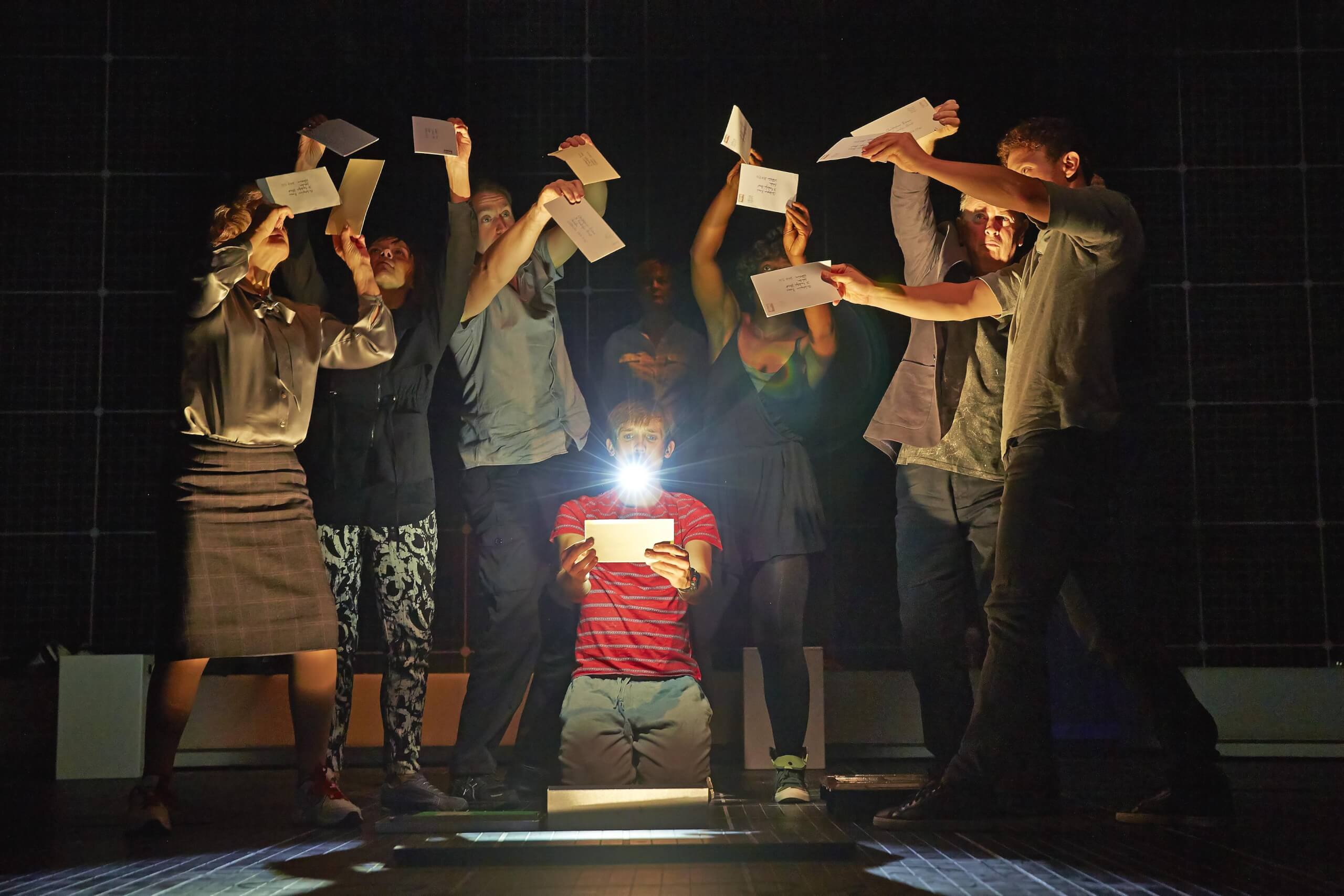 The Curious Incident of the Dog in the Nighttime, Photography by Brinkoff and Mogenburg

Simon Stephens is an Olivier Award and Tony Award winning playwright, infatuated with the exploration of family life and the home. An Associate Artist of the Lyric Hammersmith, he has written nearly thirty plays, including The Curious Incident of the Dog in the Night-Time, On the Shore of the Wide World and Pornography.

Opening in London this September are two new Simon Stephens productions: Song from Far Away will be on in the Main House at the Young Vic from 2nd – 19th, and just a stone’s throw away at the Vaults is One Minute, the first major revival of Simon Stephens’ 2003 play. Adding to Simon’s A Curious Incident of the Dog in the Night-Time at the Gielgud Theatre, here’s a rundown of why you need to make the next play you see a Simon Stephens work… because 3, it’s a magic number! 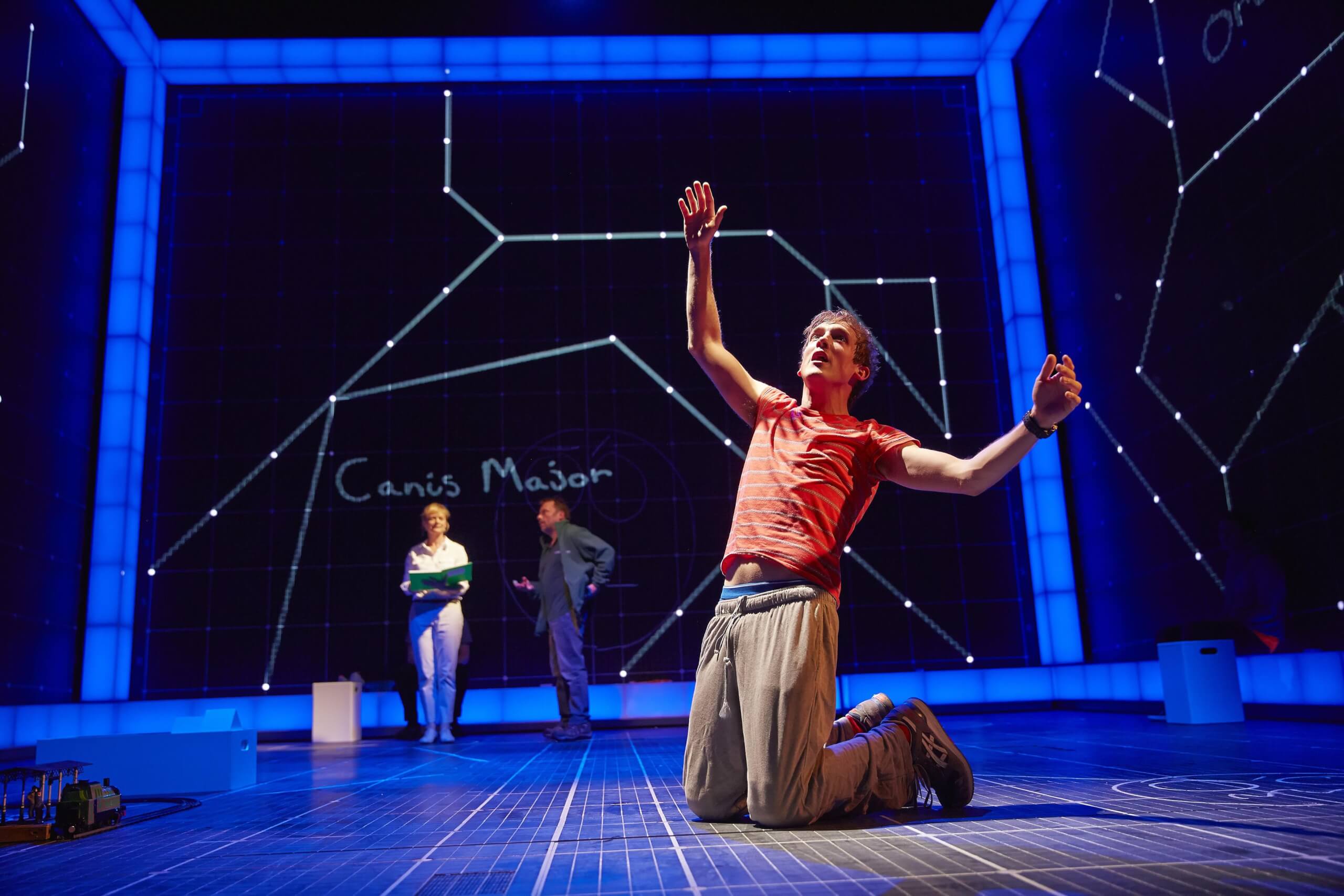 The Curious Incident of the Dog in the Nighttime, Photography by Brinkoff and Mogenburg

The Curious Incident of the Dog in the Night-Time, The Gieguld Theatre

Mark Haddon’s The Curious Incident of the Dog in the Night-Time was originally published in 2003, and boy did we love reading it. Directed by Marianne Elliott, The Curious Incident surveys a young boy named Christopher as he attempts to solve the mystery of who murdered his neighbour’s dog, Wellington. ‘Exceptional at maths while ill-equipped to interpret everyday life, Christopher has never ventured alone beyond the end of his road, he detests being touched and he distrusts strangers.’ But his detective work, forbidden by his father, takes him on a frightening journey that upturns his world.

Winner of seven 2013 Olivier Awards, including Best New Play, the stage production illuminates elements of the much-loved best seller, in a production awash with innovative and contemporary set design and a jaw dropping performance courtesy of Siôn Daniel Young. Curious…?

One Minute, The Vaults, Waterloo

Written and first performed in 2003, One Minute looks at the different lives touched by the investigation into a missing girl named Daisy Schults. Exploring loss, dislocation and the need to connect with humans in a city, One Minute is a tender, fragmentary story about the inarticulacy of grief. According to Director’s Oliver Kaderbhai and Matthew Churcher, ‘the play forces us to look at ourselves, how we deal with life, our own mortality and how we keep ourselves from falling off the treadmill of a city that is constantly moving.’ Incorporating a cinematic score, video and puppetry, DELIRIUM productions create an ever-moving London that plays backdrop to five lives that are standing still. 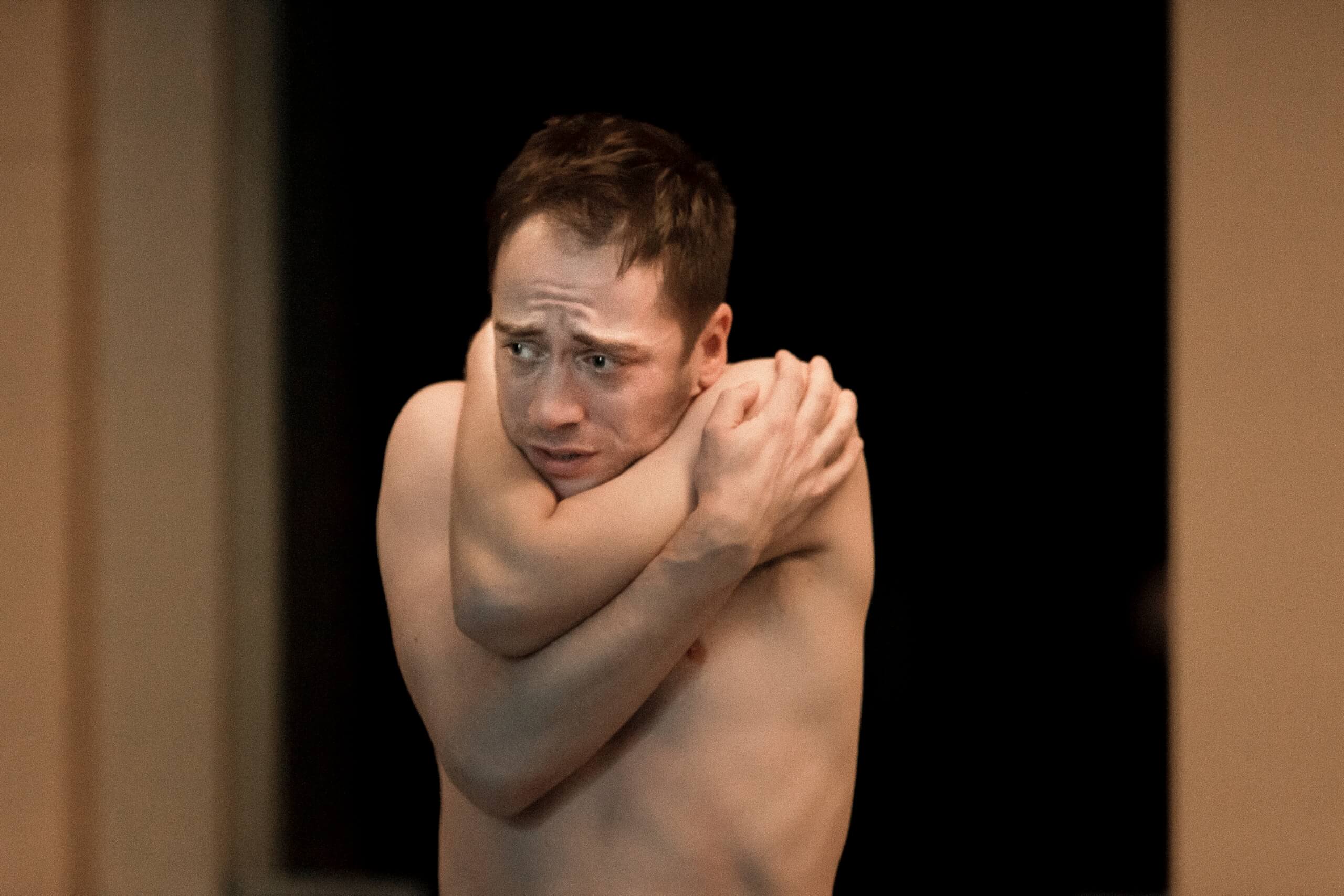 Song from Far Away, The Young Vic, Waterloo

Song from Far Away, is the first original play by Simon Stephens to be produced at the Young Vic. Showing for a limited run, from Wednesday 2 September Saturday 19 September, the Ivo van Hove (A View from the Bridge) directed work has been coined as ‘a poignant journey through grief and hope.’

Returning home to Amsterdam after the death of his brother Pauli, a young man (played by Eelco Smits) attempts to reconnect with his sibling through a series of letters. With music and lyrics by singer/songwriter Mark Eitzel, this is a nostalgic story of lost love.

If you like your theatre physiologically rich, entertaining and brutally honest, you wont go amiss with one, or all three, of Mr Stephens works.